Below two exceptional paintings are depicted that are from a handscroll consisting of nine paintings (it probably lacks three) dating from the mid-seventeenth century. Although it is close to the style of Iwasa Matabei (1578-1650), it has been attributed to the artist’s school. Several of the designs included in the present work are also found in another handscroll attributed to Matabei’s son Katsushige (d.1673). 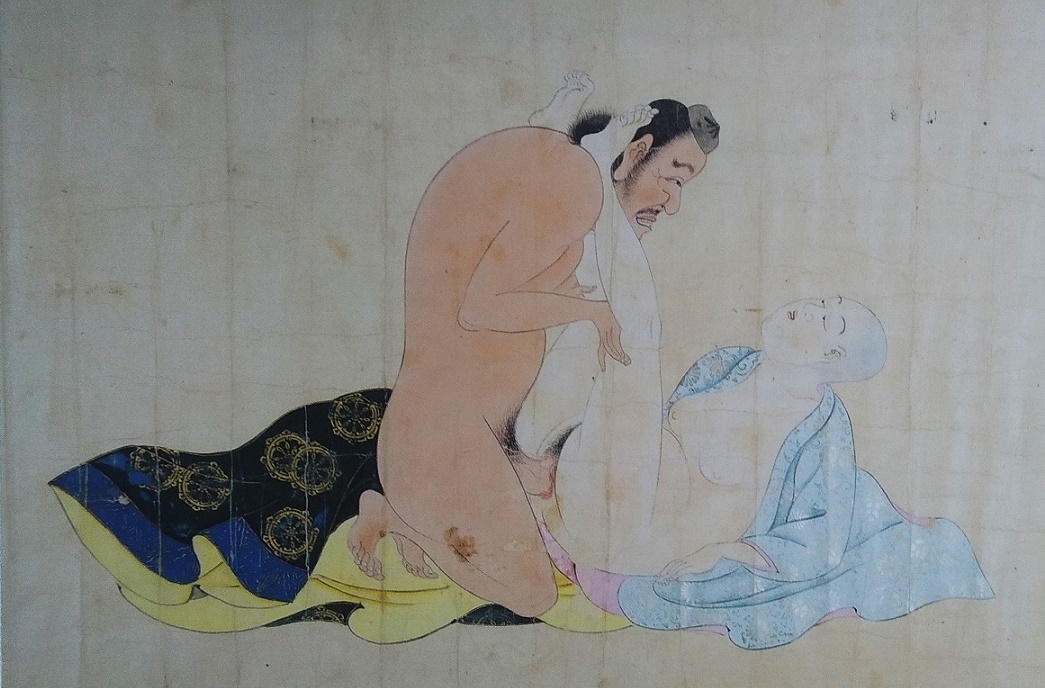 For that reason, these designs were likely the fundamentals of the school’s shunga repertoire and the survival of such multiple examples testifies to the strong demand for painted shunga at this time. The first painting (Fig.1) depicts a nun and a yamabushi* mountain priest against sex with women (nyobon). and a pair of young lovers overheard by a blind biwa performer (so-called ‘lute priests’). 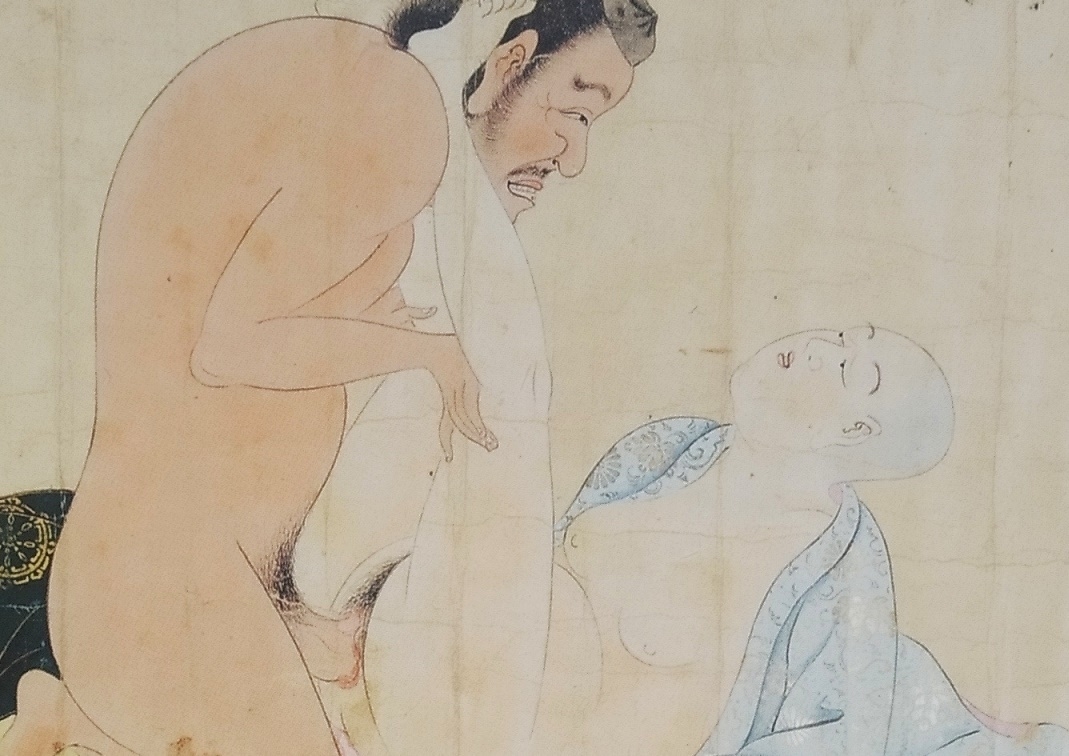 In the scene of a man with four bathhouse women (Fig.2) we can see the ‘full cheeks and long jaw’ which are so characteristic of Matabei’s figure style, painted with virtuoso control, and the designs on the robes are delicately depicted with clear coloring. Other scenes display Chinese aristocratic couples, Japanese courtiers, commoners, and a priest defying the interdiction. In general, the scroll is an exquisite example of the genre. 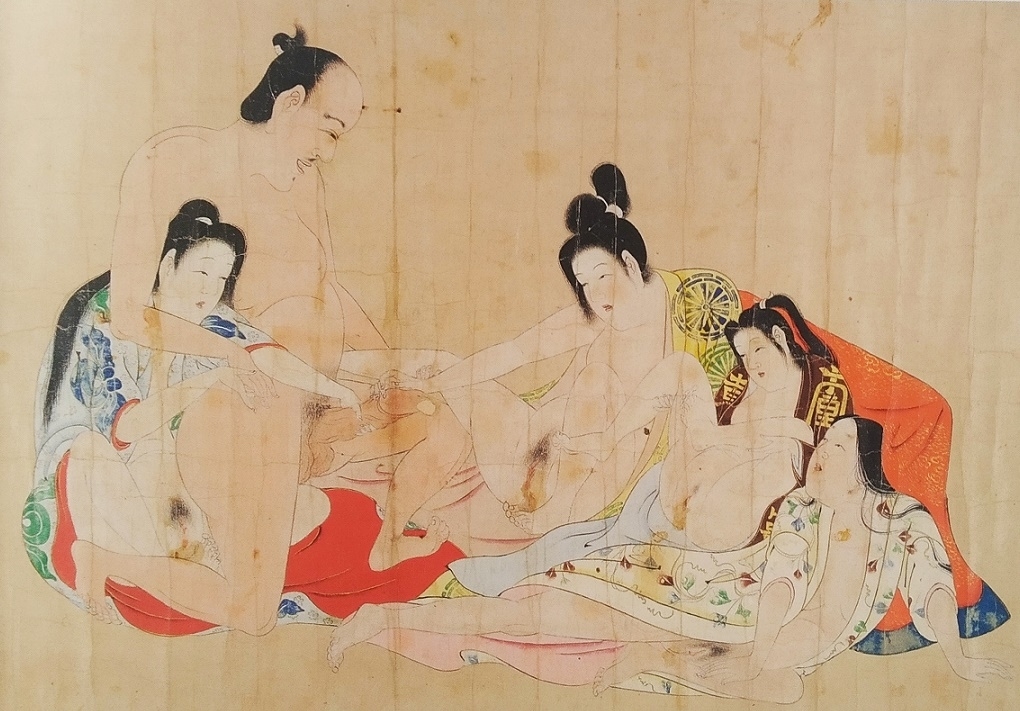 With the early decades of the seventeenth century the ukiyo-e style at last came into its own. Its finer artists were still the established masters of the older schools, Among these, however, one artist stands out as a key figure in ukiyo-e’s development at this crucial stage: Iwasa Matabei (Fig.4). 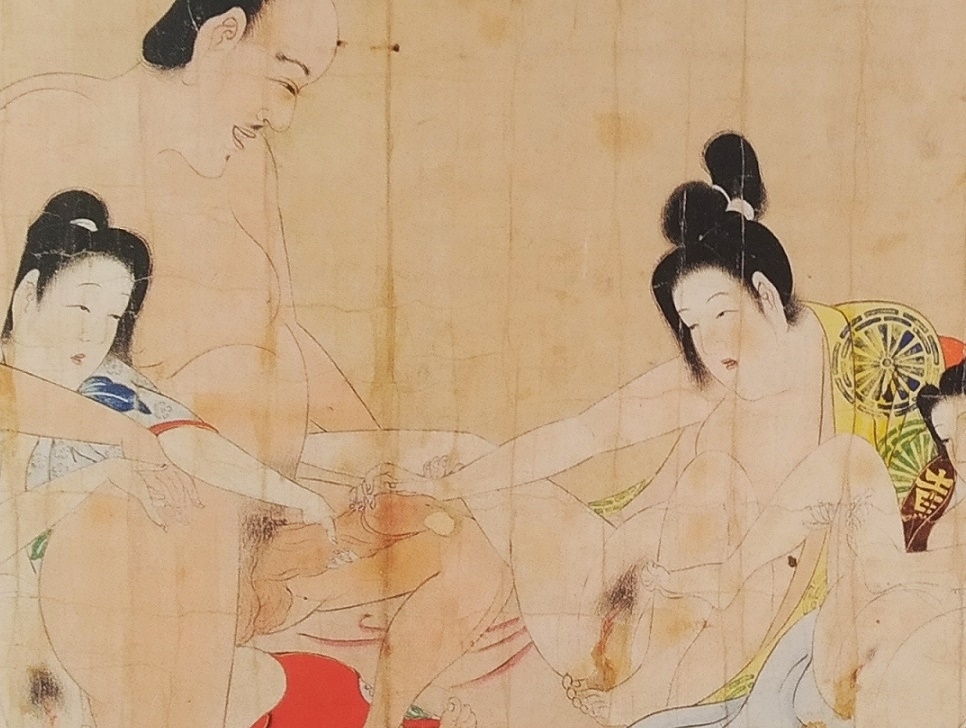 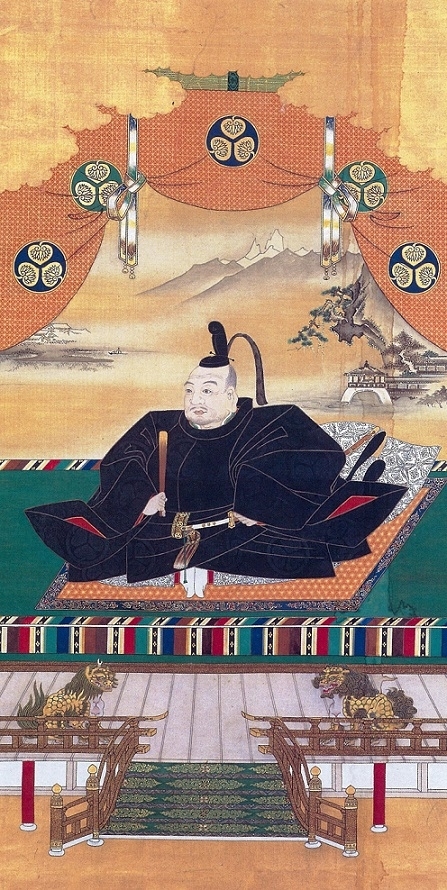 Fig.3. Portrait of Tokugawa Iemitsu His bakufu would hold true power in Japan for 250 years (Wikipedia.org)

Matabei’s name is so renowned that, at one time, it was the custom in Japan to ascribe all early genre paintings to him. Actually, Matabei’s genuine oeuvre reveals a definite individual style (noted for its distinctive figures, with large heads and delicately drawn features), but one that is closer to the Tosa work of his formal training than to the true ukiyo-e style that was to develop in full only after his death. 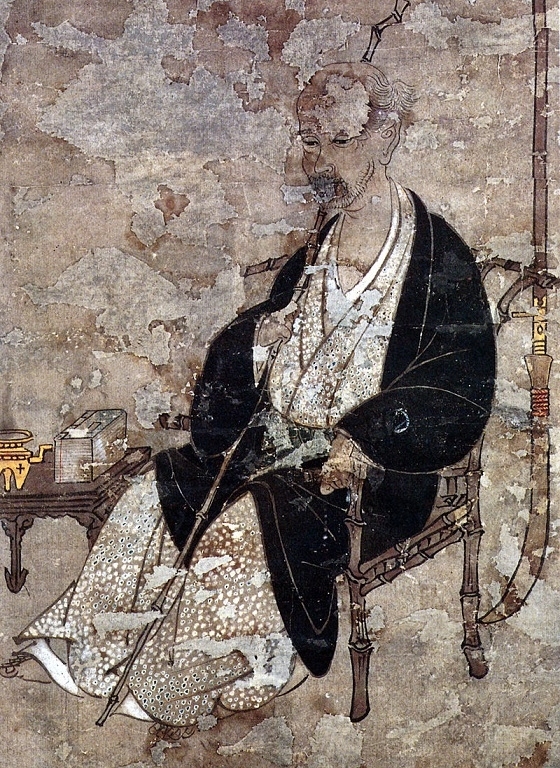 Fig.4. Self-portrait Matabei, unusually early for Japanese art, said to have been painted during the last days of his life. (Wikipedia.org)

Matabei produced a few followers of note; however, he probably exercised the greatest influence a generation after his death, when Moronobu, and his contemporaries in Edo at last consolidated the ukiyo-e style into the unified form known today.

Click HERE for a portrait of the primitive shunga master Hishikawa Moronobu…!!

*Yamabuchi (one who prostrates himself on the mountain) are Japanese mountain ascetic hermit.

What is your favorite era in shunga art? Leave your reaction in the comment box below…!!