Trust is secrets told, shared laid bare,. All frailty treasured, nursed, received in confidence.Wide open. Embraced. Held. Comforted. Void of judgement and untangling the ropes that binds you to the ground. It is being threadbare. Transparent. It is the white bones of your ancient skeleton shining through your translucent skin. Reflected in someone's mirror you become beauty, no longer trapped.

When no longer hiding, with your deepest thoughts and secrets  shared, you can finally begin your life. Burying yourself beneath carefully crafted disguises will not save you from suffering. It is the act of concealing that erodes you, transforms you into a shadow. Fear of rejection haunts you, and excludes you from intimacy. It denies you the possibility to live the only life you can be sure of. 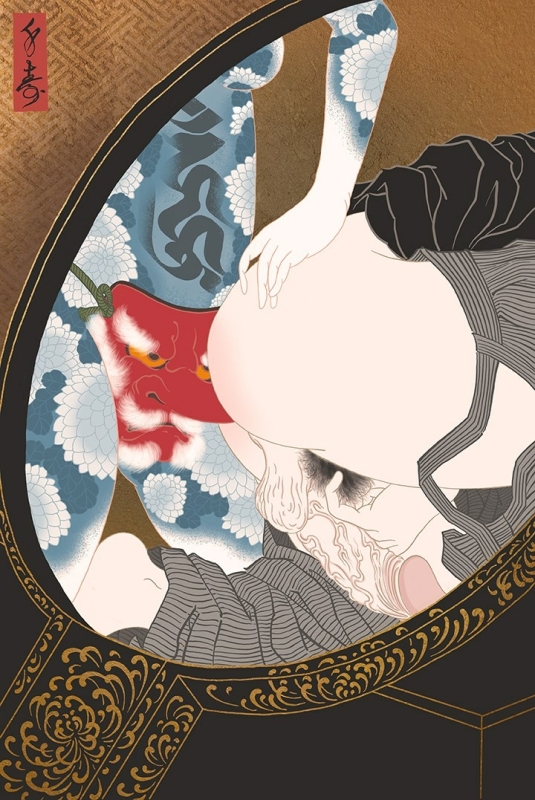 We learn early on to play by the rules. We are taught right from wrong, how to appease and not to really trust anything or anybody. Our morals are not based on real human nature but rather on fear and mistrust of the unfamiliar. In a frantic and delusive quest fro emotional survival we sacrifice our hearts to nothing at all.

In Shinrai (Fig.1) I invite the viewer to let go of old ideas of domination and power. It is a mistake to read this painting as of the woman is dominating the man even if keys and clues would tell you that the roles are switched and the tables are turned. This painting is an illustration of trust and of showing yourself to someone else. It is an act of completely opening up and letting go. 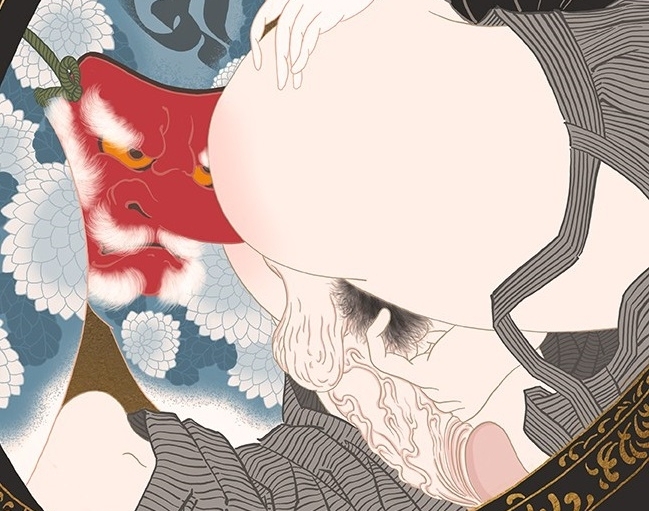 The man kneeling is inviting his trusted lover, not seeking some sort of release through the play of aggressive penetrator and submissive receiver, but rather because he feels that being penetrated from behind is a most pleasurable experience. I want to make clear that I am in no way passing judgement on anyone enjoying domination and submissive games but rather saying that my painting is not about that. 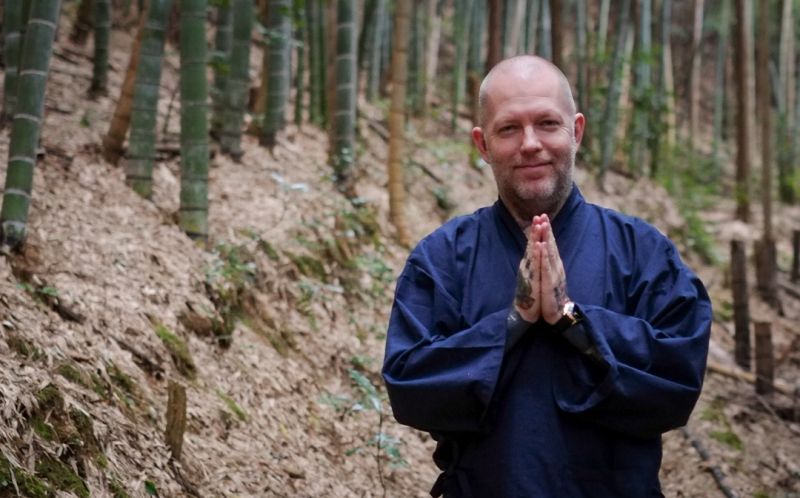 The woman takes pleasure in giving the very same to her lover, knowing that their bond is strengthened and deepened and that they are now closer together. He has shown her that he trusts her with his most intimate secrets. The courage displayed by the man as he oversteps the traditional boundaries by exposing himself and at the same time refusing to cling to stale and moldy ideas of pride and masculinity, will set him free to further explore his emotions and desires. Together they have created a new dimension in which the entity formed by their trust for one another can know no boundaries. 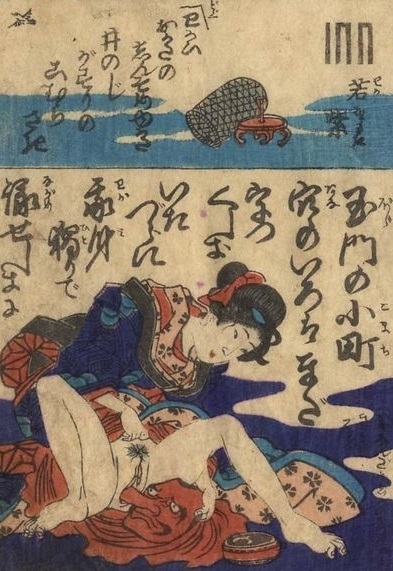 In the exclusive Premium edition of this article you can check out Senju's extensive thoughts of his rare earlier work 'Tengu ' from 2015, his earliest shunga (from 2013) depicting a tengu and a woman, and more....!

Text by Senju (from his book Kagami - Contemporary Shunga)

What are your thoughts on Senju's work Shinrai? Leave your reaction in the coment box below...!!