Covert Intimate Lovers Under the Harvest Moon by Senju Shunga

The moon hangs large and golden. Tall grass sway back and forth on the gentle evening breeze enveloping the two young lovers in barely audible whispers. She has climbed on top of him as they have hid away from the world on the sloping river bank. He gazes up at her face, puzzled at how they came to be this new entity, all the while he can barely contain his feelings of gratitude towards a fate that wanted it so. Inside he is light as a feather and it seems that only the weight  of her is what prevents him from floating away into the autumn sky. 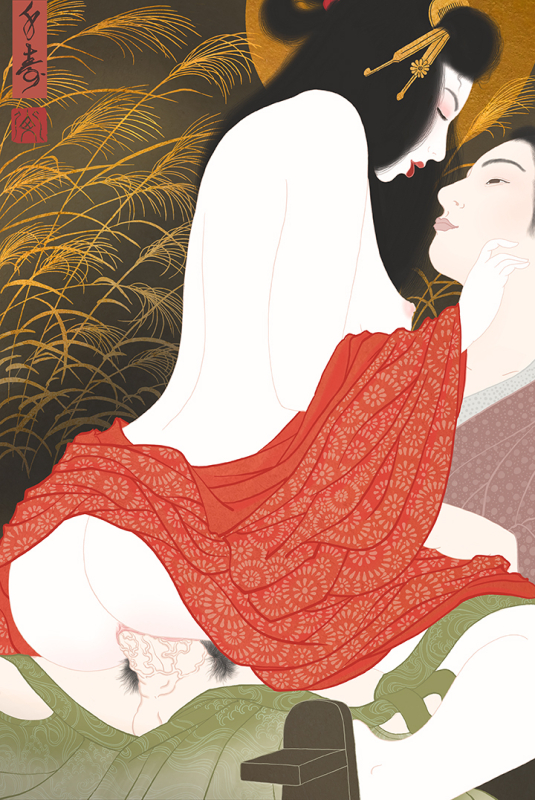 Her eyes are closed as she lowers herself upon hi. Slowly, slowly. She is careful not to let any single sensation pass her by. Moments like this celebrates the evanescence of love in spirit and flesh and she understands that will never come to pass again. She admires his tenderness  towards her and how he holds on to her every word when she speaks. He sees in her a goddess comedown from the heavens to guide him, to teach him how to be so much more than he had ever imagined possible.

Love and intimacy is born out of trust and so they have learned to trust each other and to make that trust the centre of their world. When she arrived he had let the life he knew crumble to dust so that he could begin replacing it with who he really was deep inside. Away from the other men he could see how the rules of the group existed only to keep him down in fear. Fear of appearing weak and fear of being different. To always follow along and to keep the doubts to himself. He had grown weary of that existence. There was no place for him in that circle of men now and the hours of twilight were now mostly spent contemplating escape. 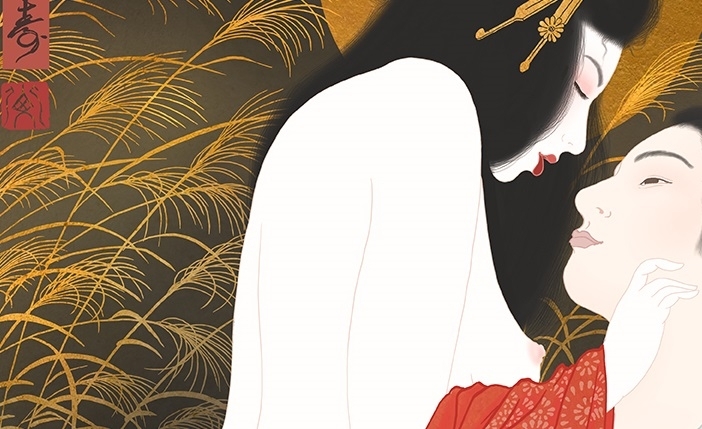 Her pussy embraced his hard cock and drew him up into her as far as it was possible. She wanted to be as close as possible to him and this way they could travel beyond the realm of physical  and spiritual separation and create a new creature, never before seen on this earth. Their hands danced like butterflies across skin and fabric , sometimes pausing to rest, exploring but never ceasing to be pleasantly surprised by the familiar.

Together with him she had left the ghost realm where she had been tethered to a tombstone constructed out of old and dusty beliefs in women's inferiority and inherit weakness. Perhaps this is why there is, beneath their trust in each other, a sense of urgency and desperation in their embrace. Two young lovers that had awakened to themselves surrounded by a world that would try its hardest to destroy them and to write them back into a context already decided for them. Could there ever be room for hearts that slipped through the cracks of reality? They knew they would have to face an army of prejudice, battle for each inch of their ground and still possibly suffer the greatest of defeats. 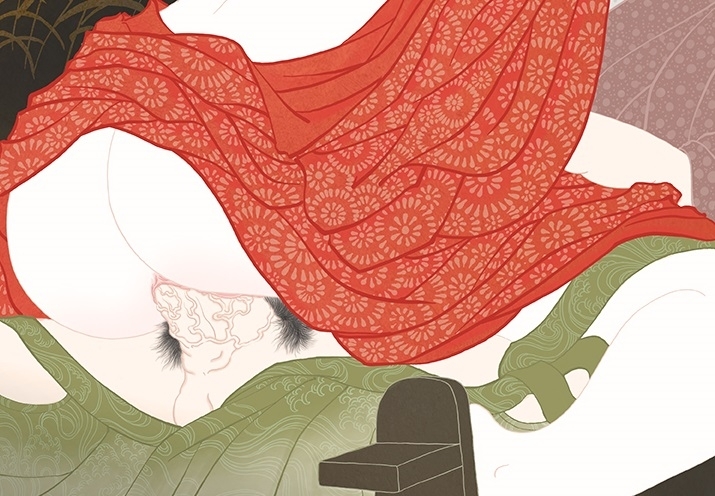 Under the harvest moon they had decided to let none of this matter. The moment was now and love rarely survives the idea of yesterday and tomorrow anyway. On the river bank they made love as if time was the weakest of enemies and if they just could come close enough everything would be possible.

More on the artist can be found on his site.