The Fascination For the Feared Raijin of Kyosai and Hokusai

The Japanese artist Kawanabe Kyosai, in the words of art historian Timothy Clarke, "an individualist and an independent, perhaps the last virtuoso in traditional Japanese painting", often drew pictures of deities, spirits and demons. One of his favorites was the Thunder God Raijin, who is among the most feared and respected Japanese deities. Below we'll discuss three examples... 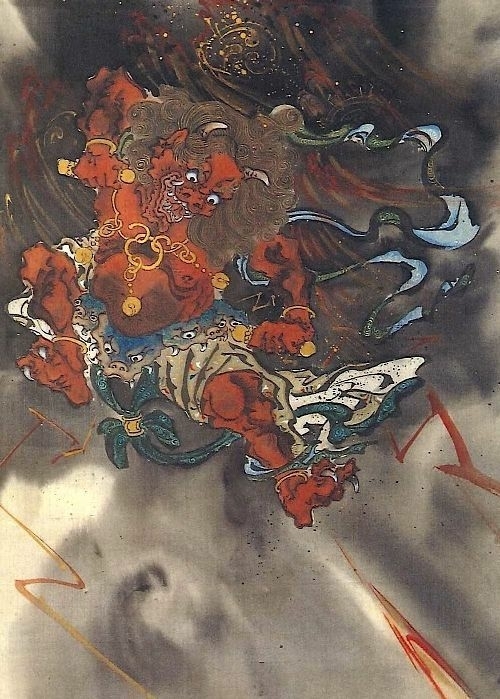 A driven Raijin fires his gusts of wind and thunderbolts at his target. Kyosai's delight in depicting this mythical figure really shines through. With special attention to the curly head of hair and the striking belt with foo-dog heads he wears. 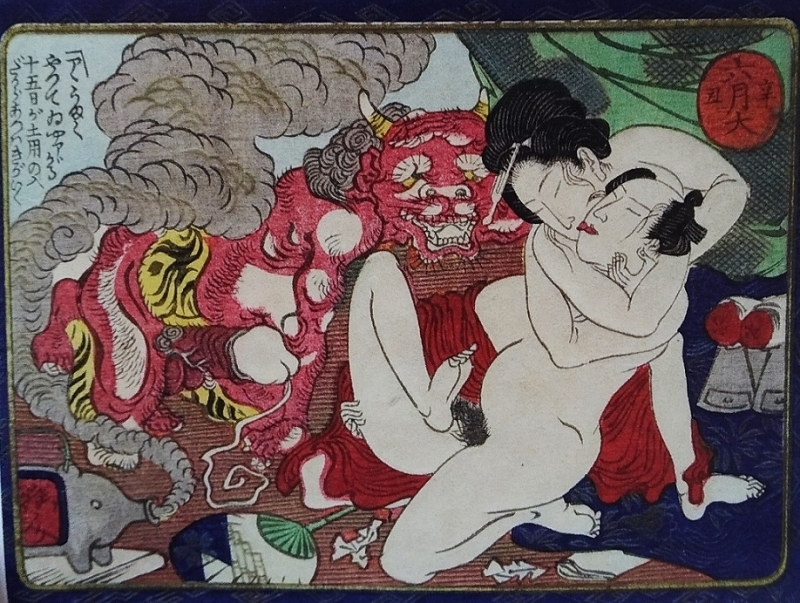 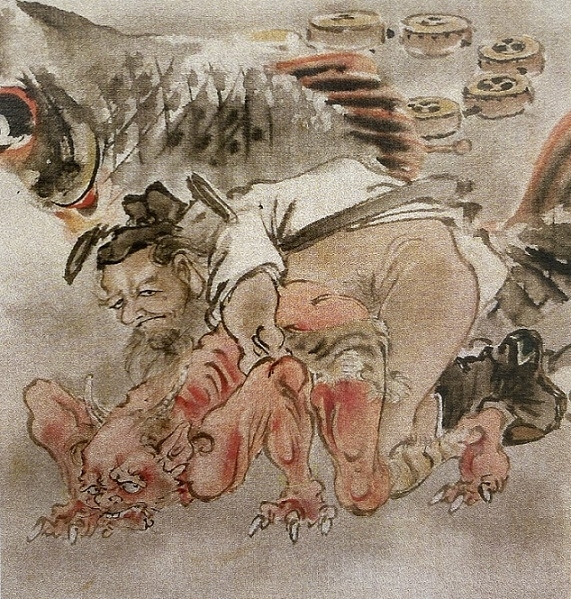 Here Shōki (an icon of the Boys' Day Festival in the fifth month) is penetrating the Thunder God Raijin doggy-style. We know it's Raijin because the drums he uses to create storms lie in the back. Directly behind them, a carp streamer, a typical Boy's Day festival decoration.

Unlike Kyosai's scroll painting (Fig.1), the atmosphere here is more subdued (Fig.4). The playfulness in the image and the enigmatic facial expression of Raijin are striking. You can't put your finger on whether he is someone that wants to have fun and be pleasant but is forced to be imposing and fear-inducing. Is he just a reluctant servant? Raijin looks somewhat fatigued and aged. Perhaps Hokusai conveyed his own mood as an old man in this ambiguous deity. In that respect it is reminiscent of his painting of the old tiger. 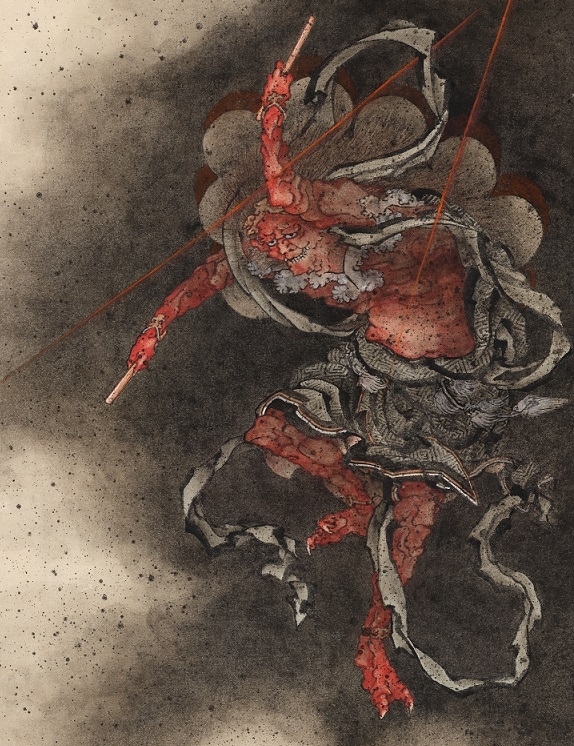 Height of His Abilities

Hokusai's masterful craft is present here in all facets - the numerous layers, the use of space and just a few vivid colors to evoke a compelling atmosphere, and how he mixes earnestness and liveliness. The painting is dark, ominous, funny, and sad all at the same time. In other words, here is an artist at work at the height of his abilities, who made his best work after the age of fifty.

Let us know your thoughts on Kyosai's and/or Hokusai's depictions of Raijin in the comment box below...!!