In the portrayal of homosexual relations, scenes between adult men and young boys are common. This scroll is unusual in that is also shows relations between adult men. All the men are bald and are most likely Buddhist monks. Kyosai made several other similar works involving monks and sometimes even included Buddha.

Their intent is neither anti-Buddhist nor sacrilegious, but simply a representation of the artist’s desire to create entertaining pieces for clients. In fact, Kyosai was known as a devout Buddhist, and a few years before his death he received the Buddhist name ‘Joku Nyudo’.

In another, there’s a rare lesbian (!) rendezvous between two elderly women (Fig.11 and 18), and even the portrayed horses on the screen painting are getting ready for some intimacy (Fig.5 and 6). 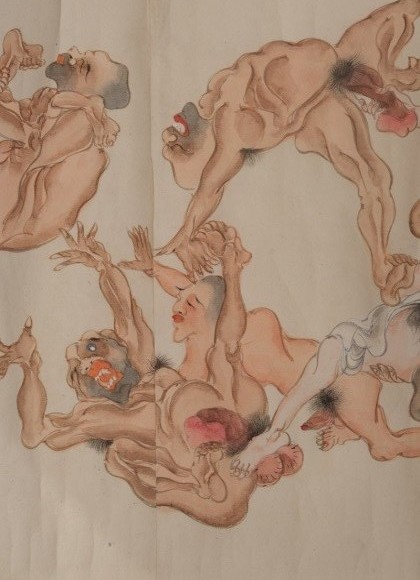 The scroll finishes with the attack of a swarm of mosquitoes attacking and hitting the unfortunate monks all over the body including their private parts (Fig.26, 27 and 28). 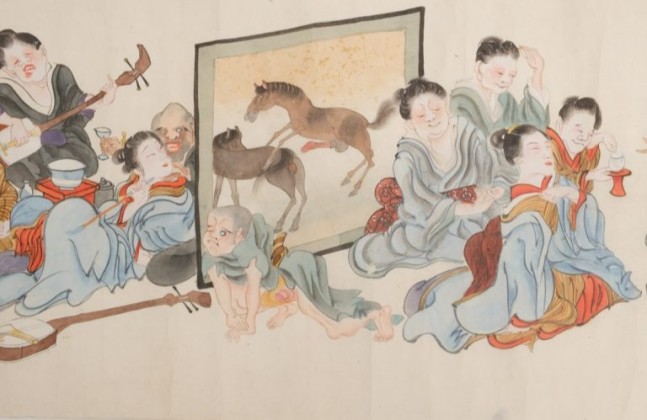 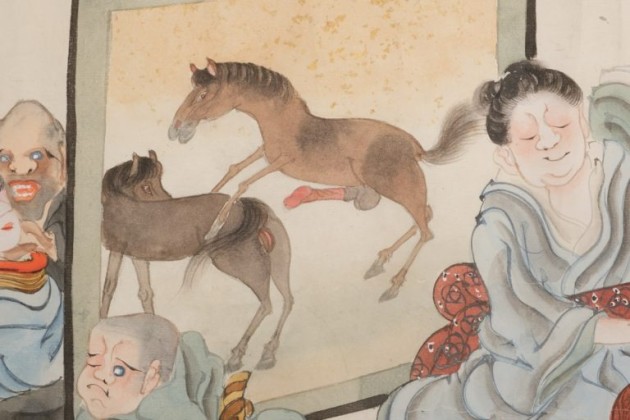 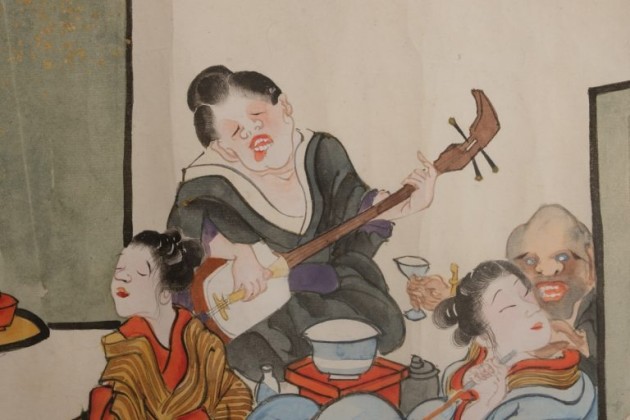 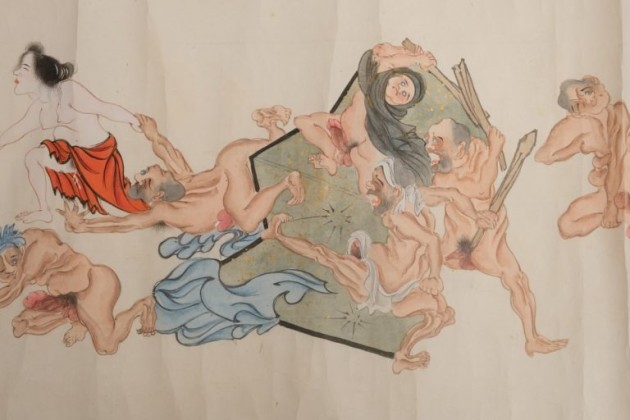 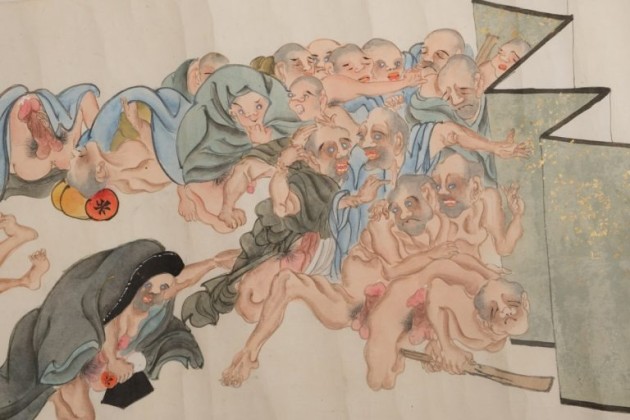 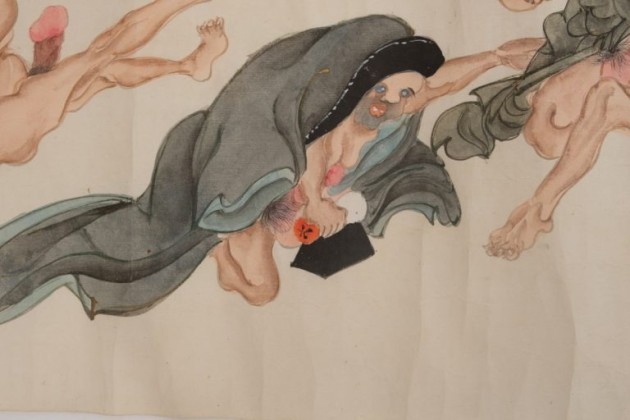 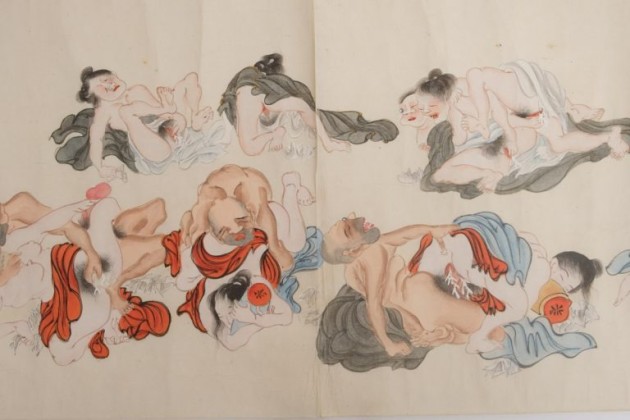 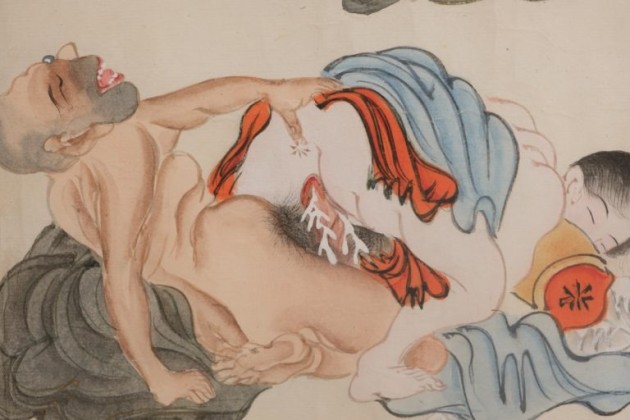 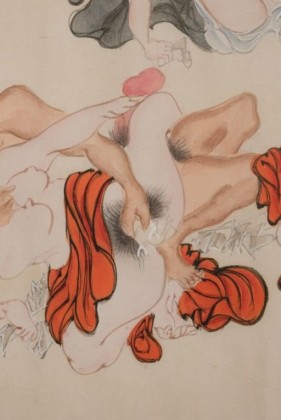 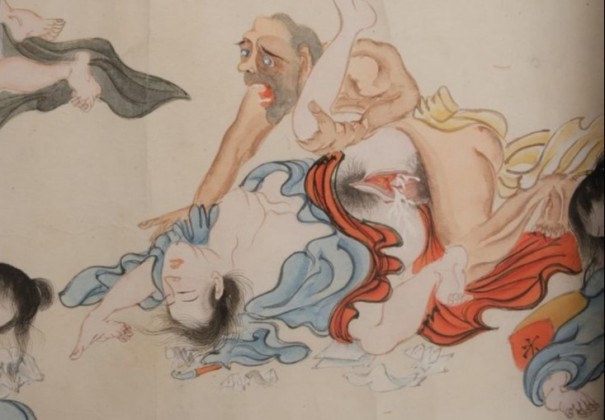 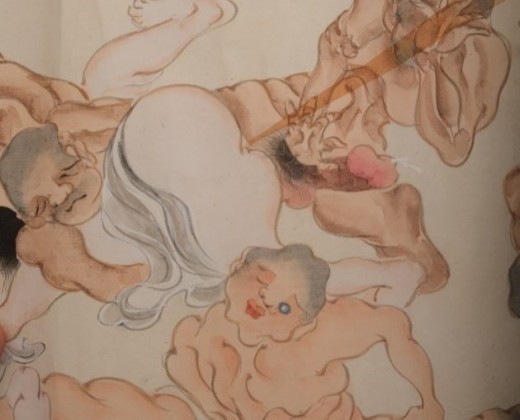 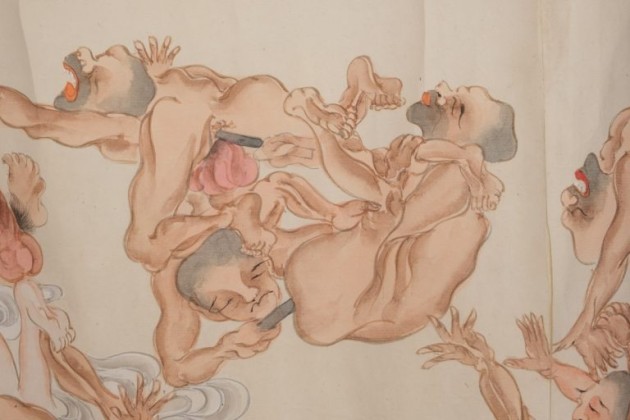 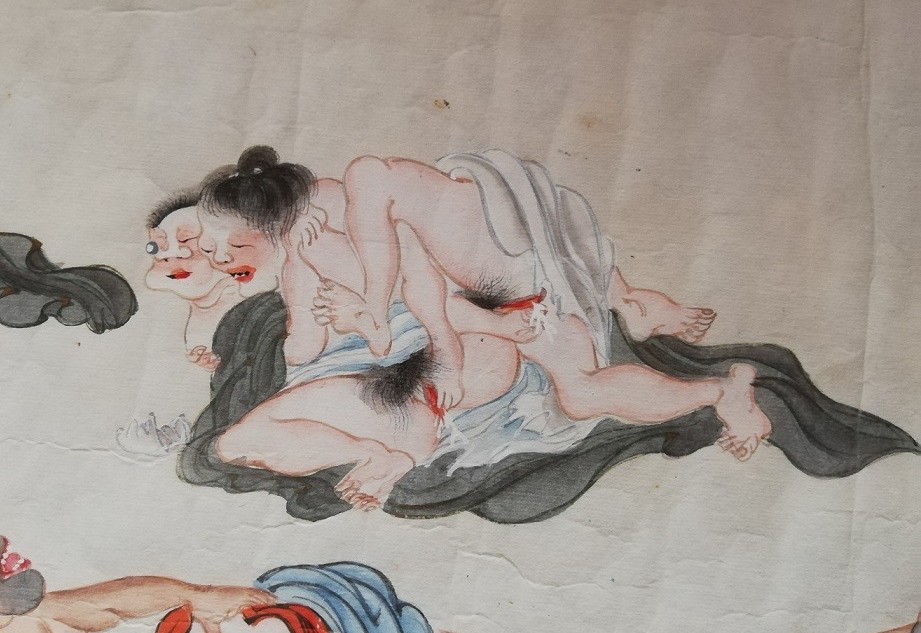 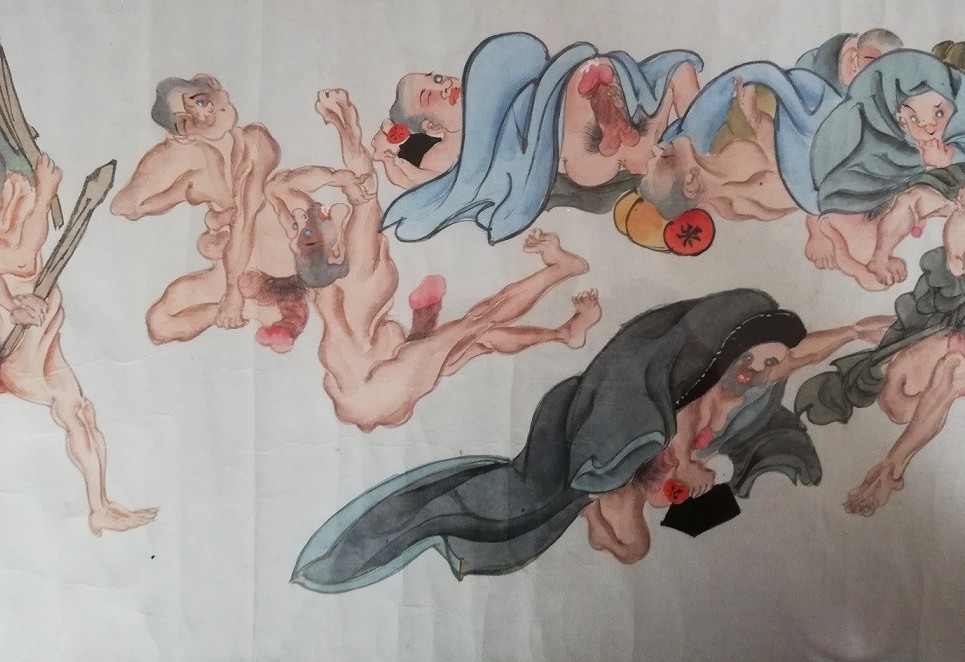 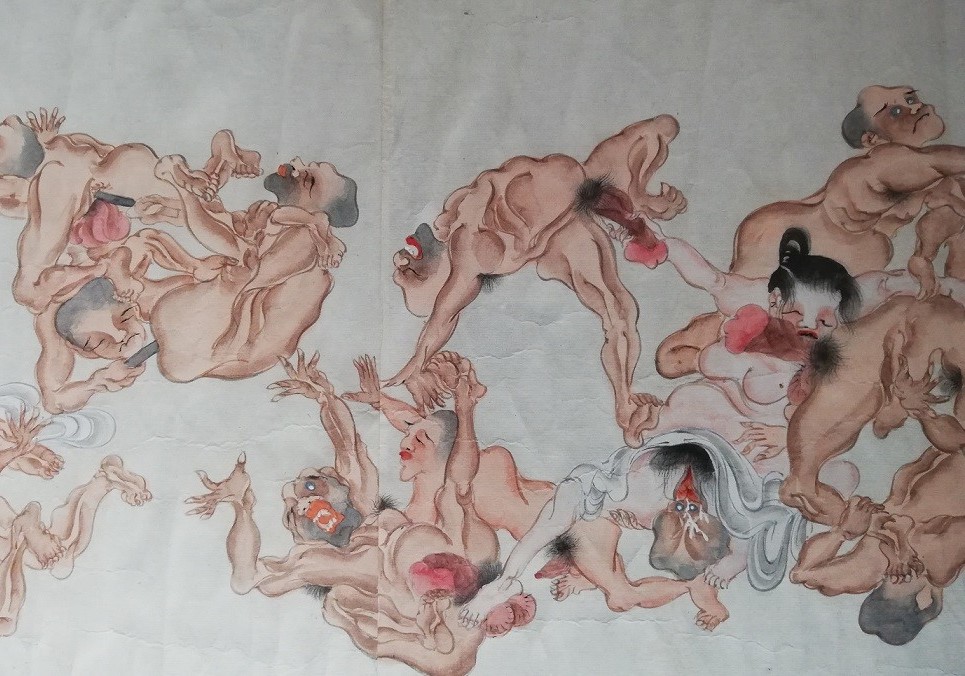 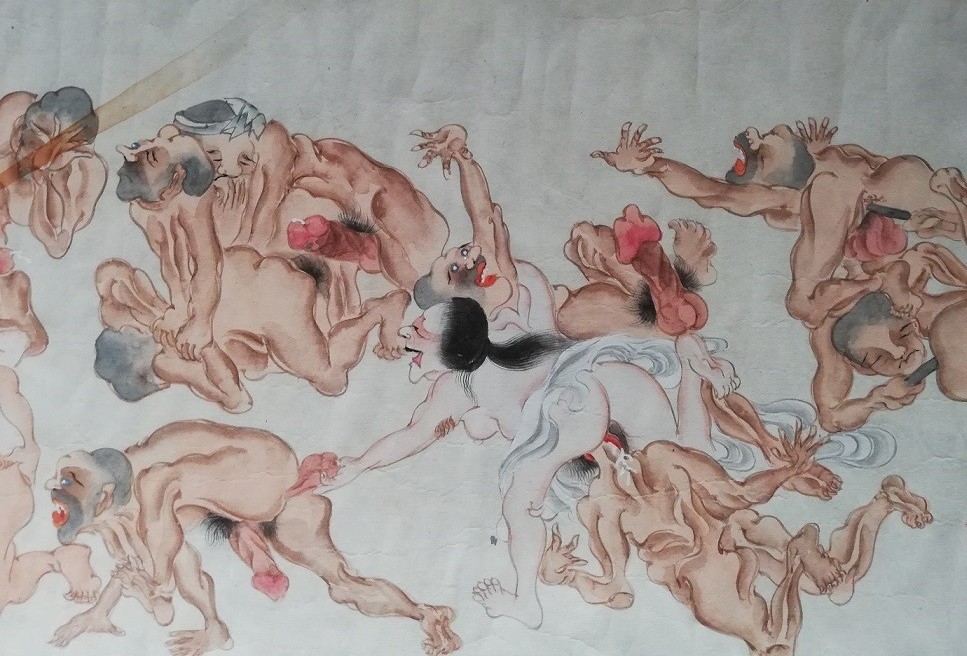 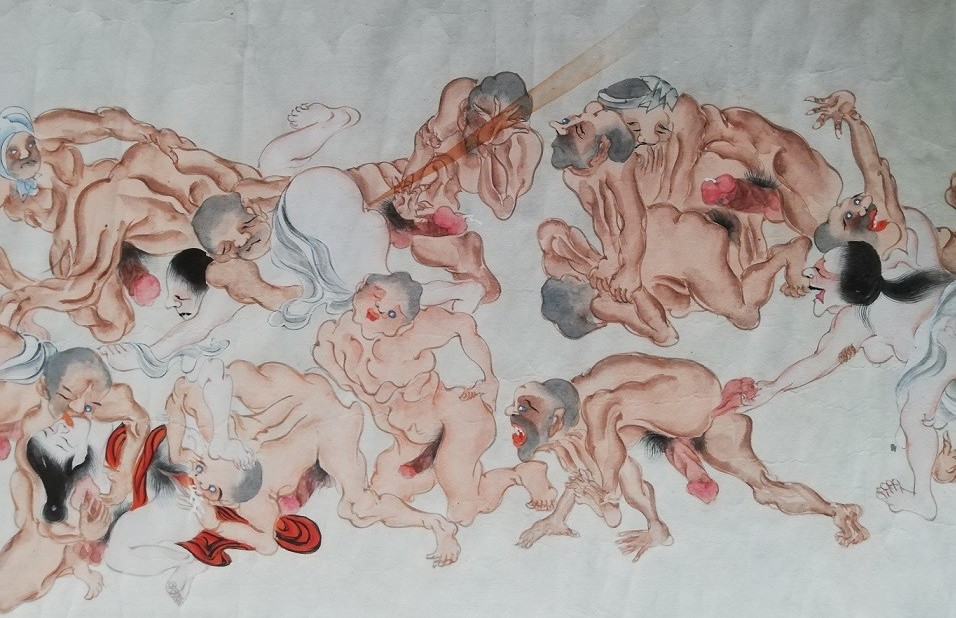 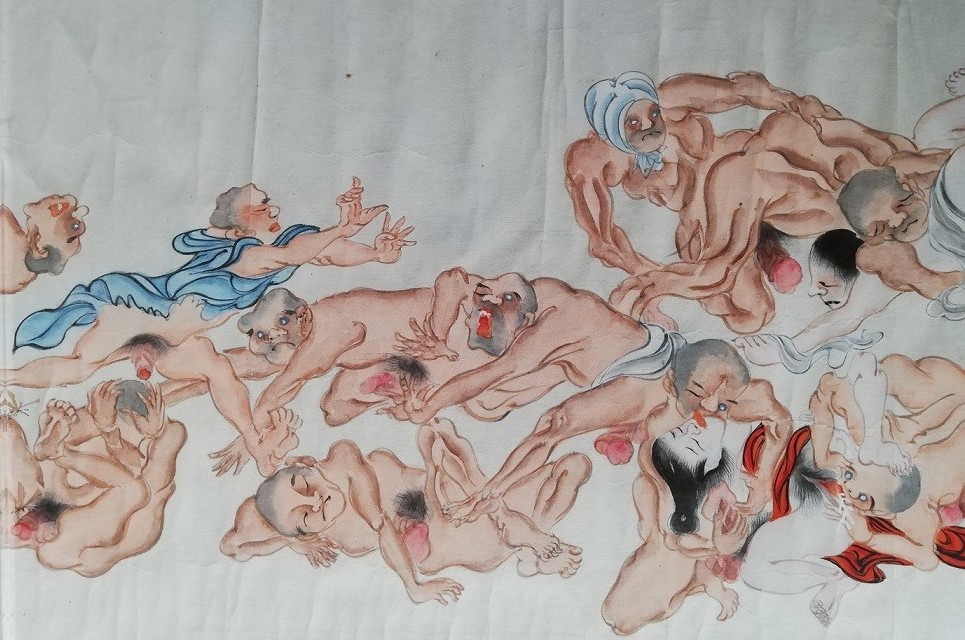 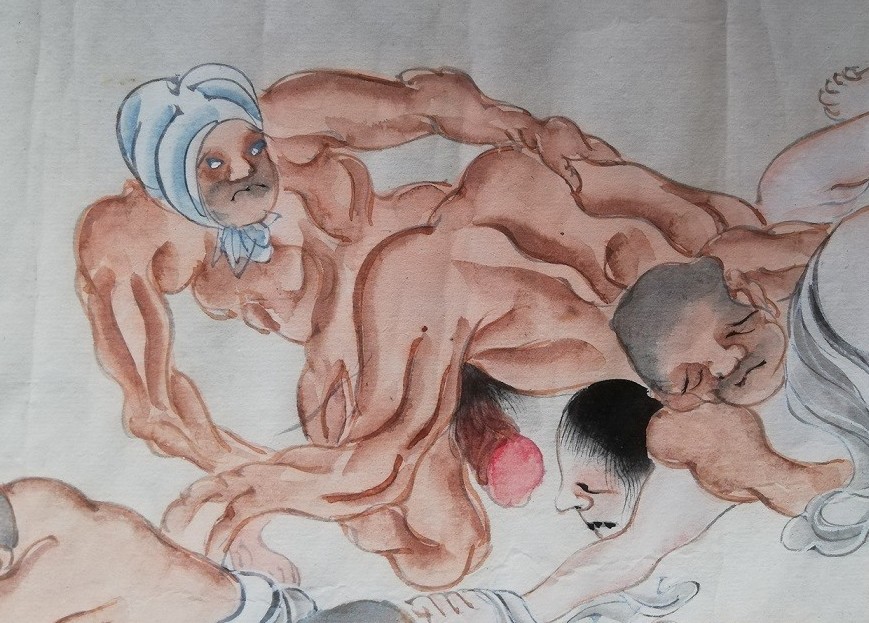 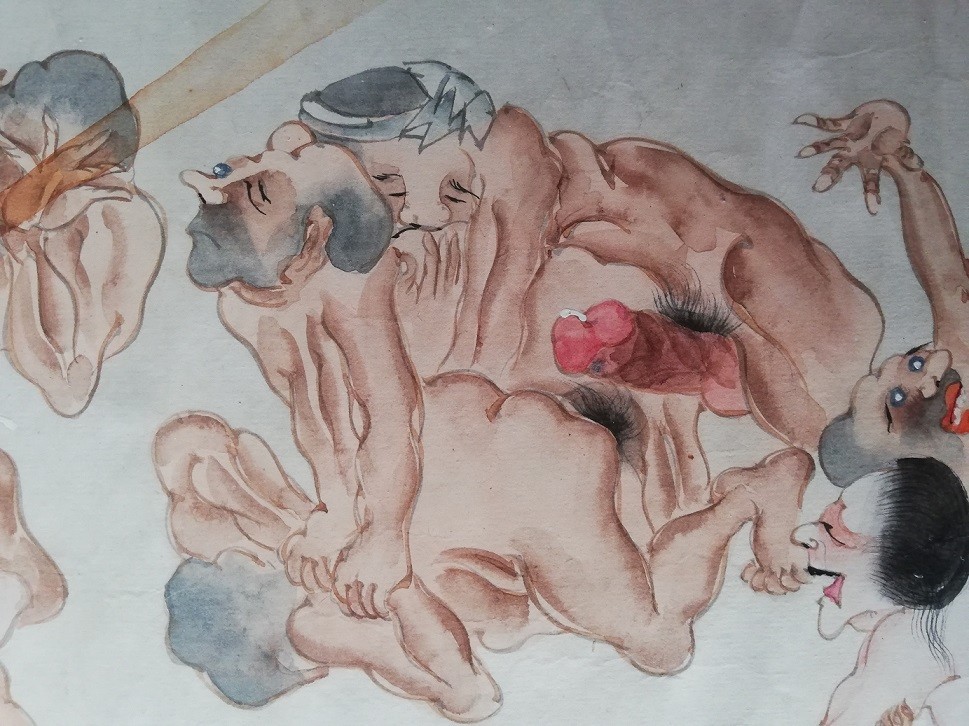 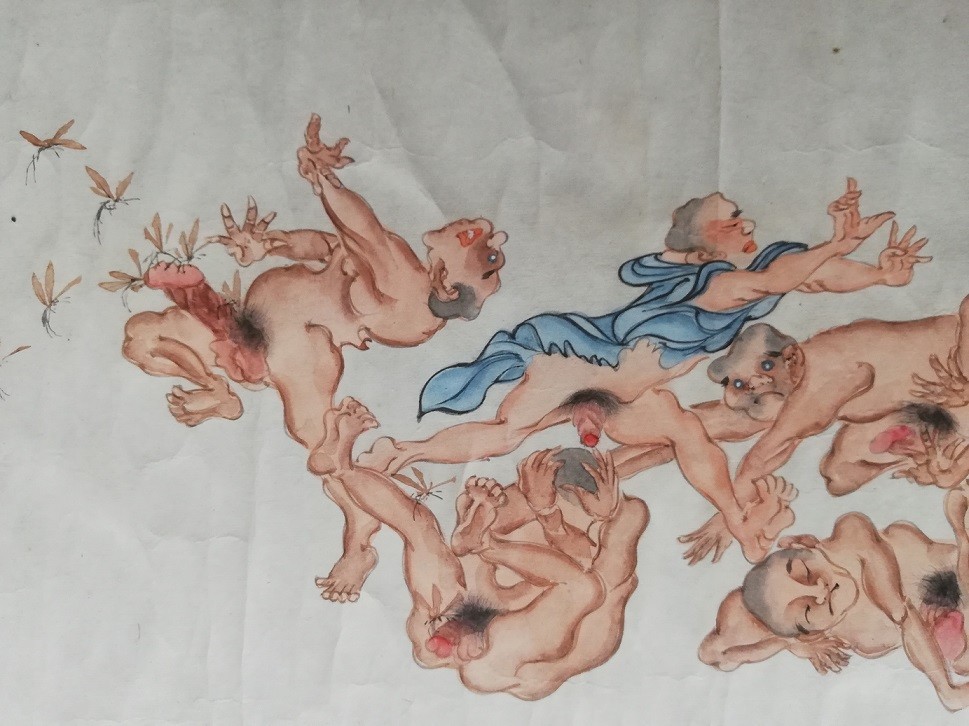 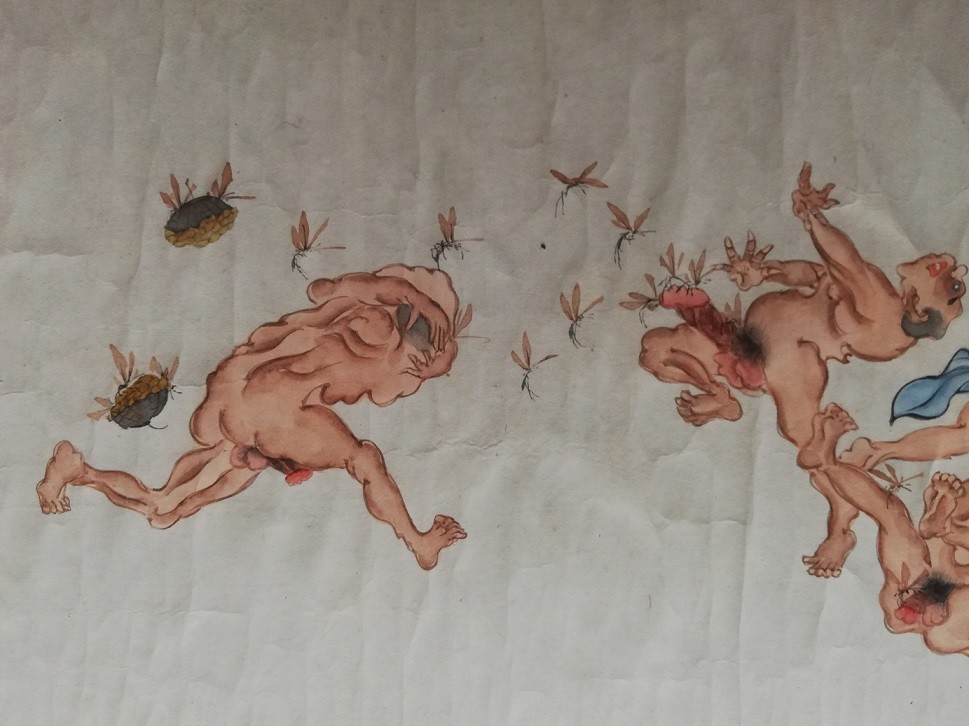 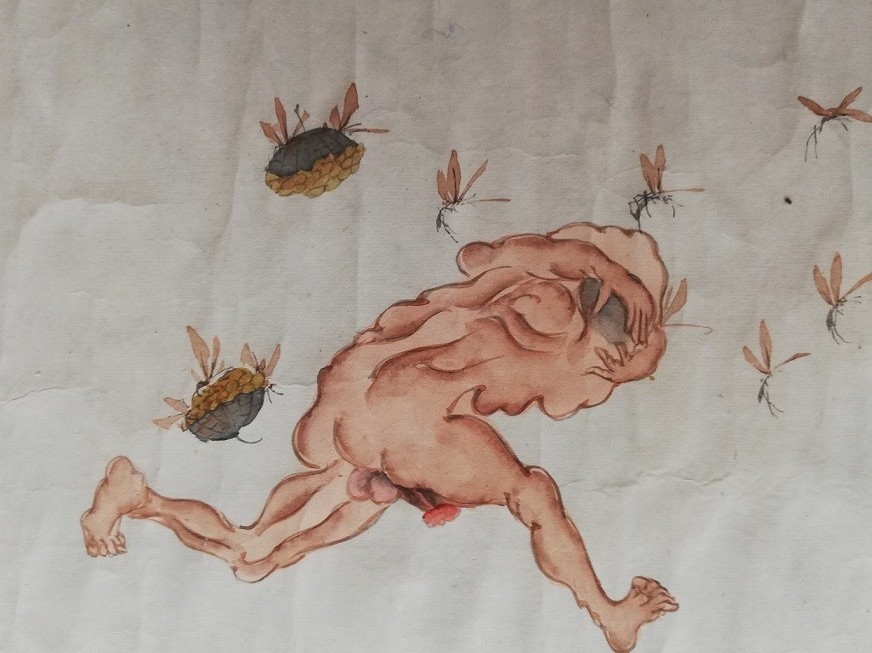 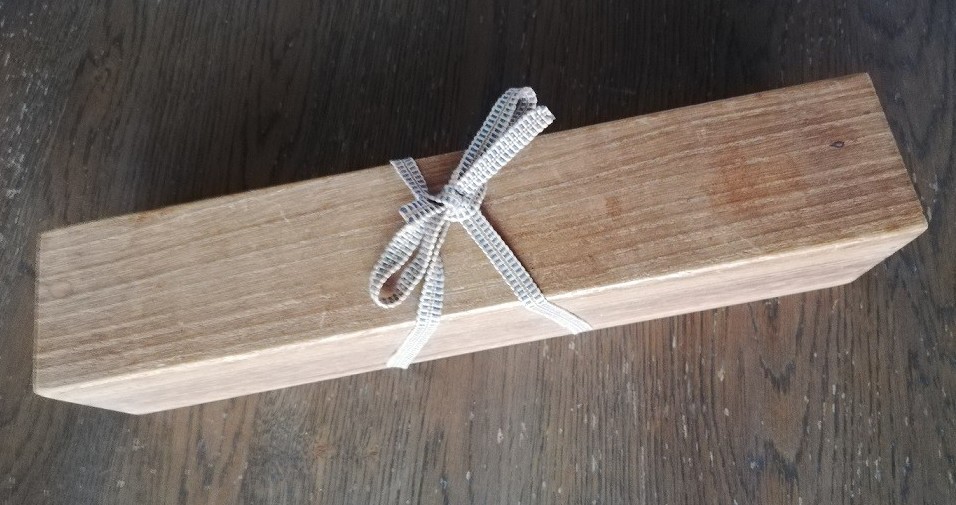 Recently I came across the original scroll made by Kawanabe Kyosai (Fig.31). So the above scroll is a copy painted by one of Kyosai’s followers. *According to the title slip of the scroll (Fig.18) the maker is Kawanabe Kyosai but it is not unlikely that it was made by a follower of the master.

May be a follower of Hieronymus Bosch Looks like.Its chaos in the temple.

Thanks Darya, nice comparison. Love Bacon (both the https://en.wikipedia.org/wiki/Francis_Bacon" rel="nofollow">philosopher and painter!)