Sensual Monsters In The Sketches Of Sandro Castelli

Sandro Castelli (b. 1973) is a Brazilian artist producing comics, book covers, ex-libris images, and sketches that look as if Alphonse Mucha got inspired by the Alien movie esthetics. His use of shapes and colors makes these pictures quite sensual in a biological way. Red spots or lines covering copulating figures give us an association with blood circulation, though the blood is hardly human. With their fins and tentacles, Castelli's graceful mutants seem to emerge from Lovecraftian ocean depths, yet local Cthulhu acquires the features of the fertile Venus of Willendorf. 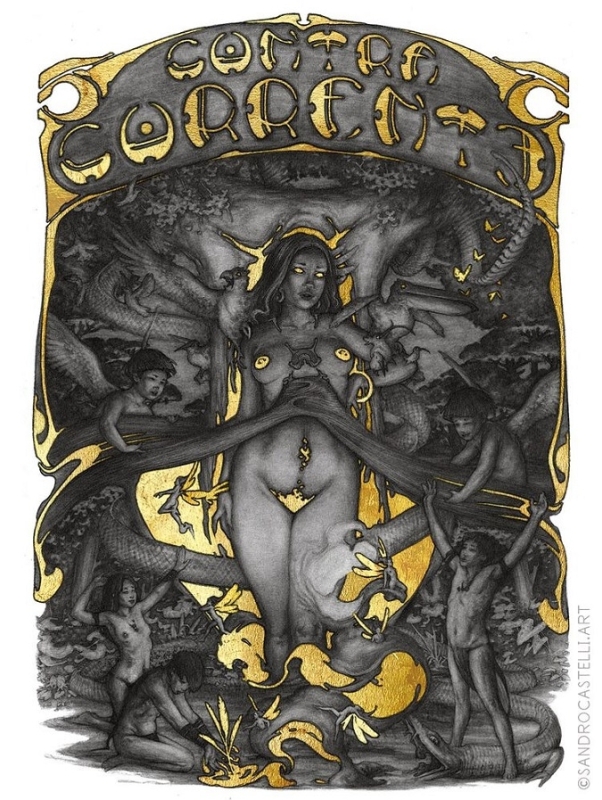 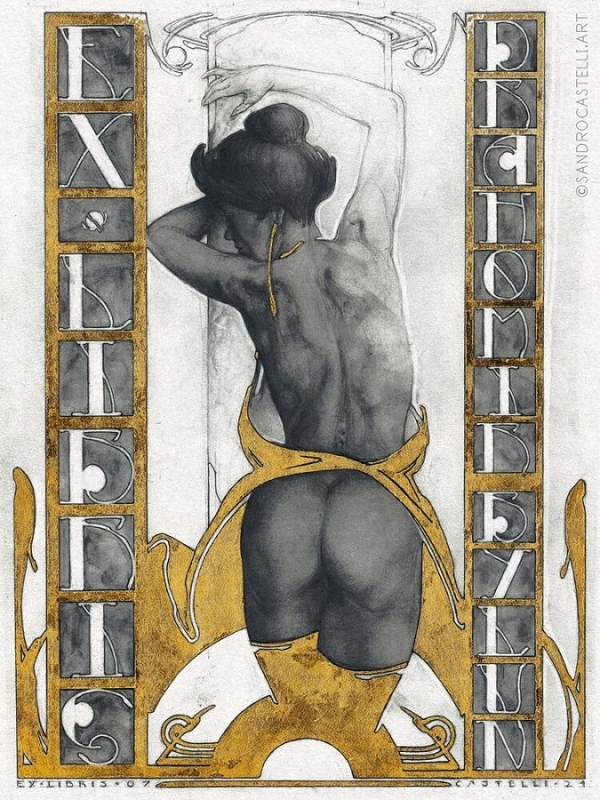 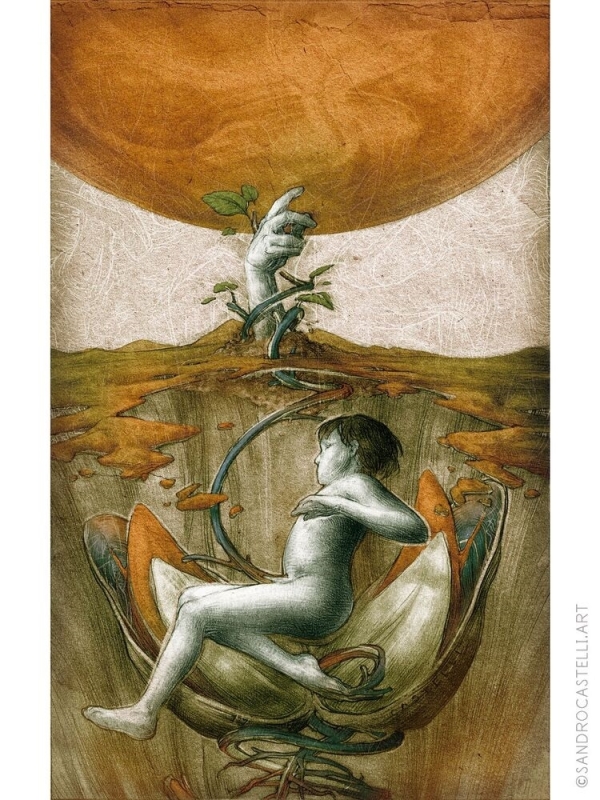 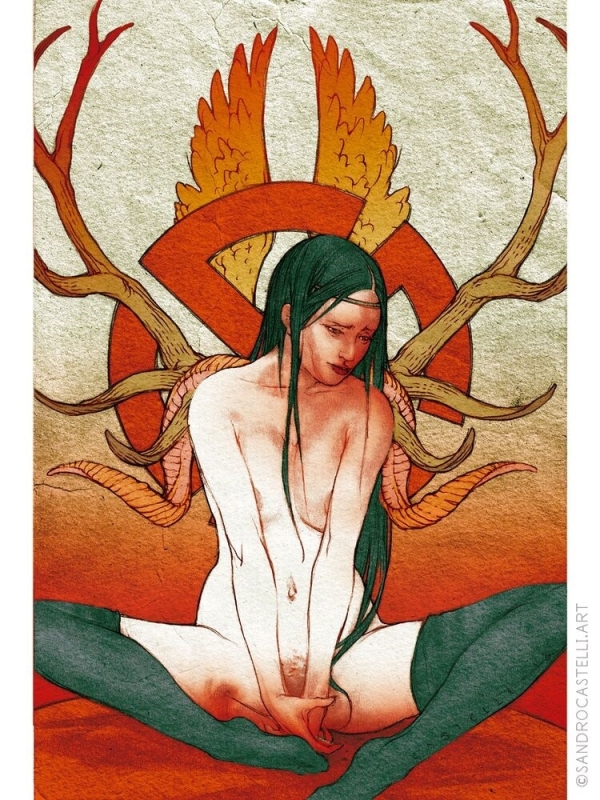 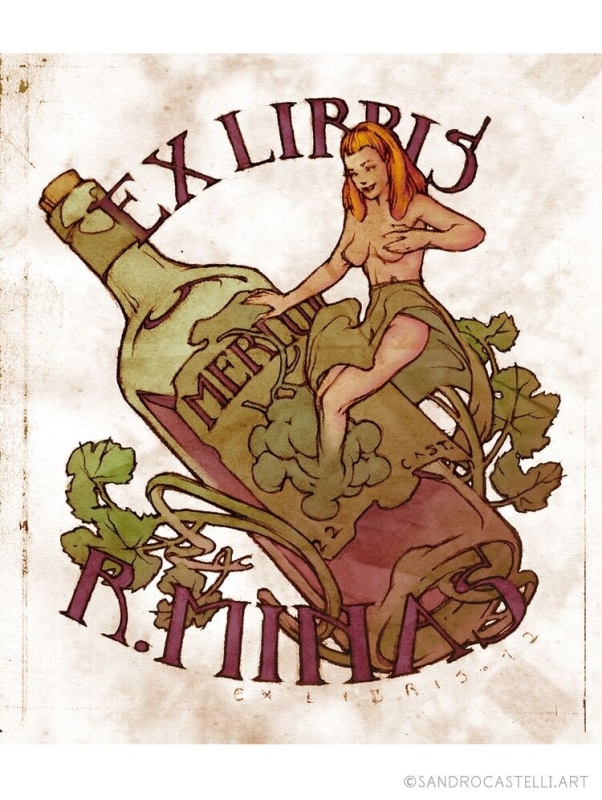 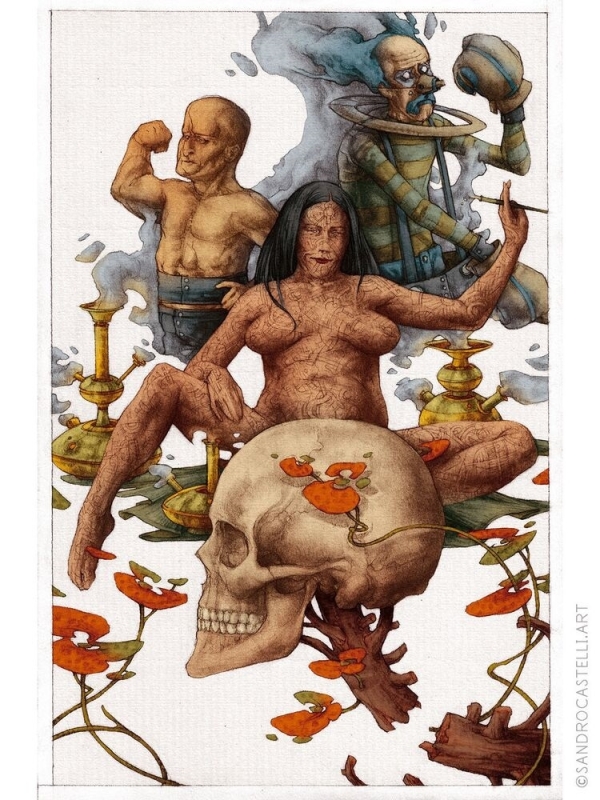 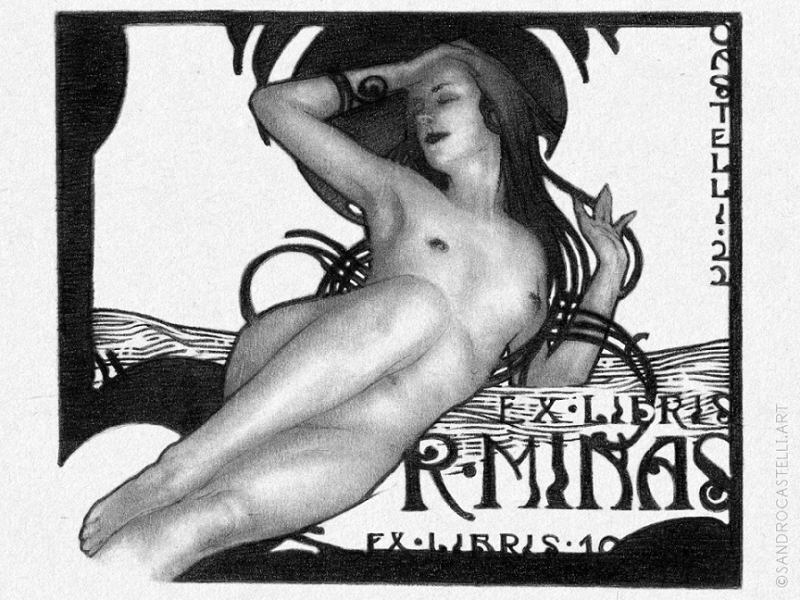 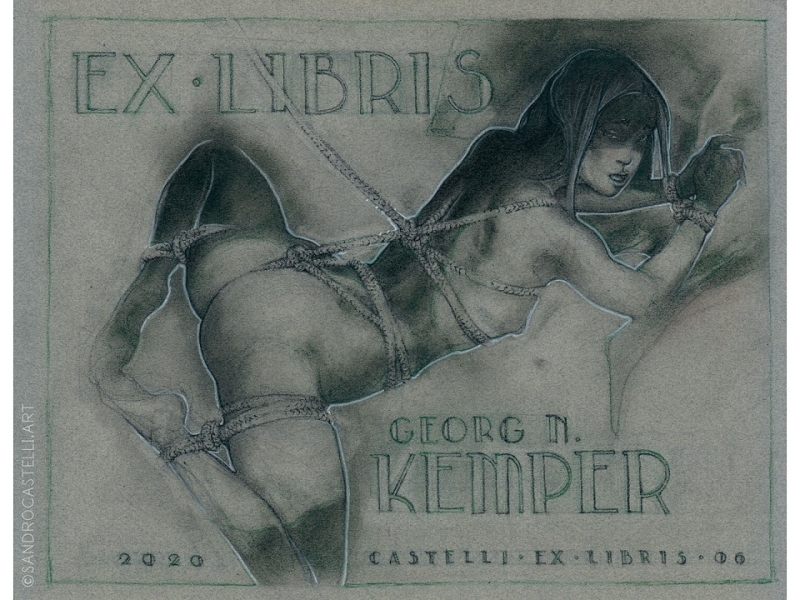 Spanish War And Sex With Cthulhu

Sandro Castelli was born in São Paulo, where he still resides, working as a freelance illustrator. Castelli studied in an art school that specialized mostly in illustrating, though, in many aspects, he is a self-taught artist. Contributing to dozens of national magazines, among which are local editions of Playboy and Men's Health, the artist also participates in international projects like Cthulhu Sex Magazine (which is not surprising regarding his style). In 2006, he was a winner of the 3rd Concurso Folha de Ilustração e Humor in the Scientific Illustration category.

As the range of works on Castelli's website, along with the list of exhibitions and festivals, proves, the artist can provide illustrations for various themes, from nature to sex horrors, from science to fiction. For instance, in 2003, his works were exhibited at Mostra Front (a traveling exhibition devoted to the collective memory of the Spanish Civil War). 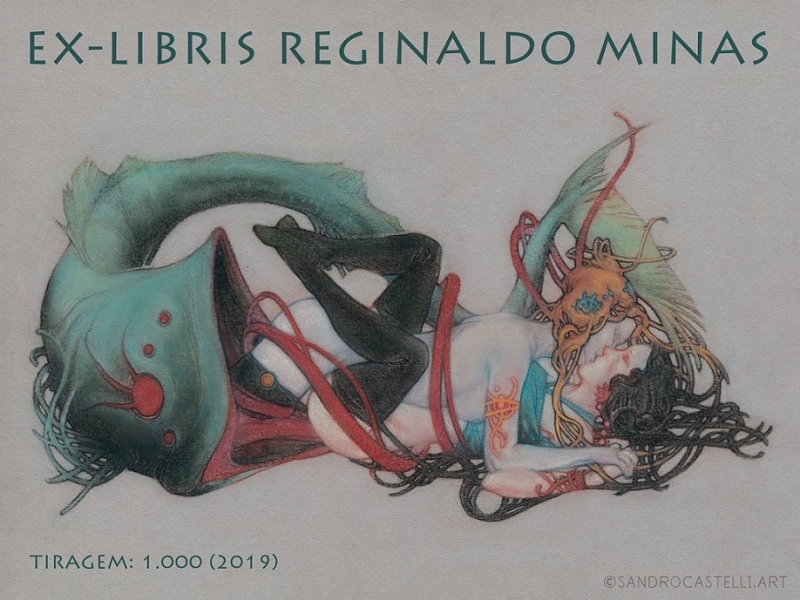 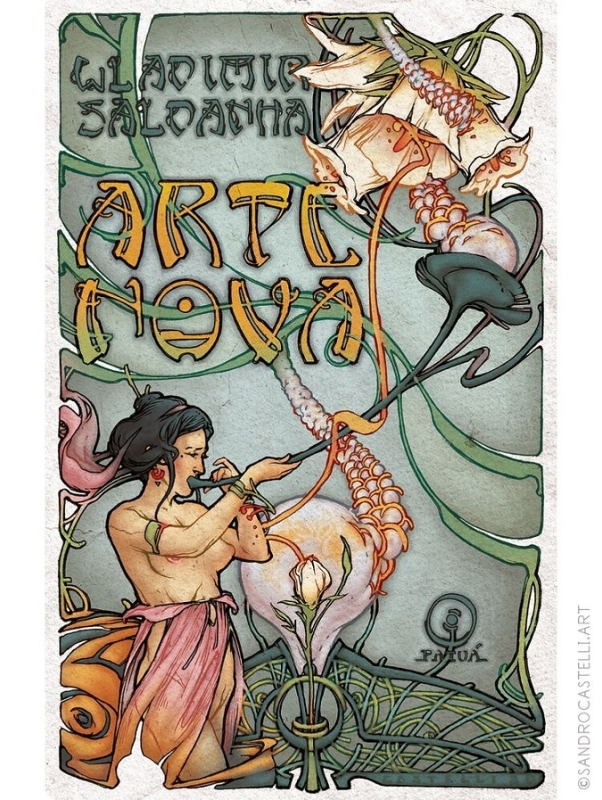 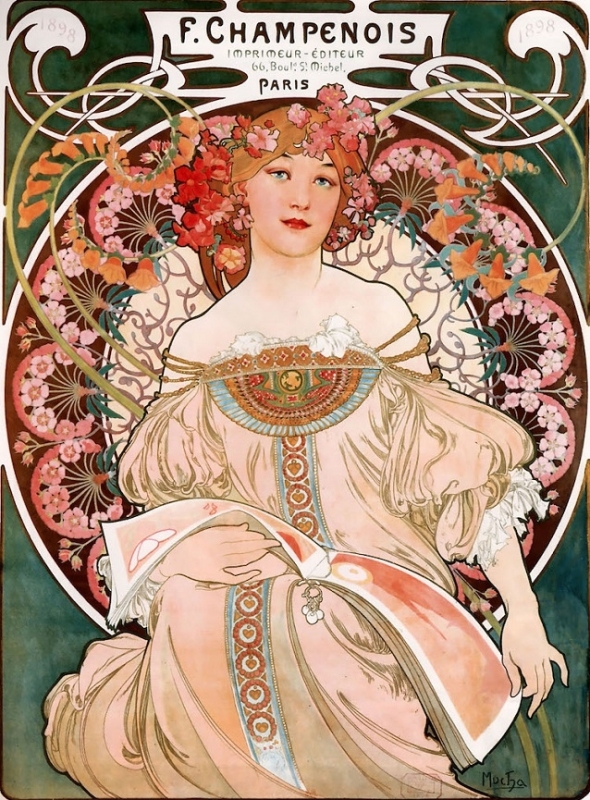 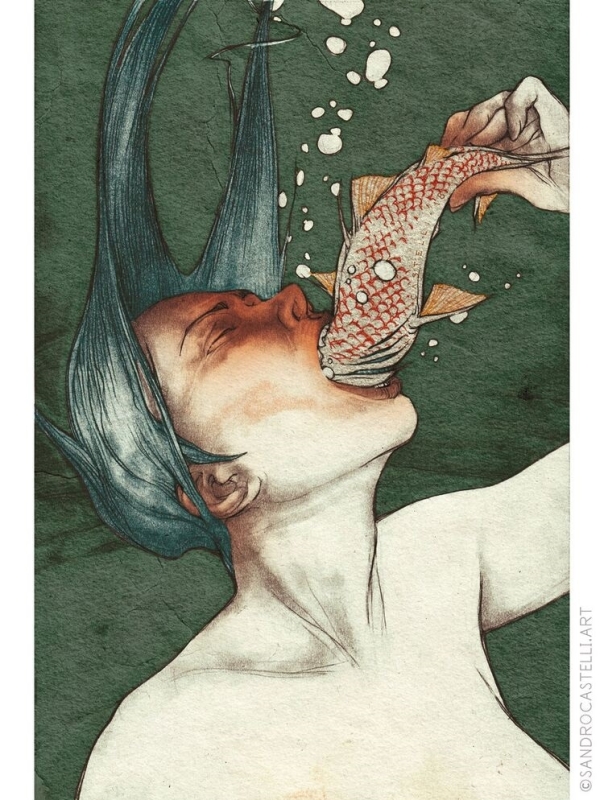 Fig. 12. The Triumphant Ward Of The Railroad And The Sea, cover (sandrocastelli.art) 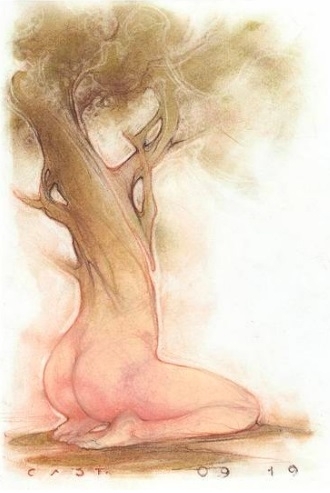 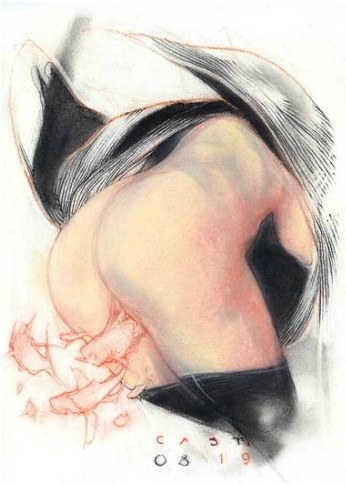 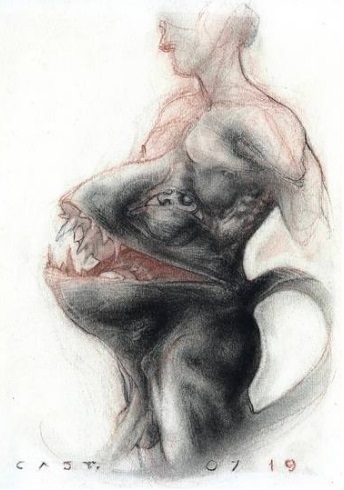 Castelli describes himself as an Art Nouveau fan. The excessiveness of plant ornaments is what distinguishes typical examples of this style. The ornament often fills the whole space of the image in such a way that all green stems and semi-circles seem to grow right out of the beauty's body depicted in the foreground. A slight change of tone and composition accents is enough to turn the whole scene into a body horror, which appears to be proved by Castelli's art. Another detail creating the body-horror impression is the artist's ability to make some elements almost unrecognizable as if the image was produced by a neural net. 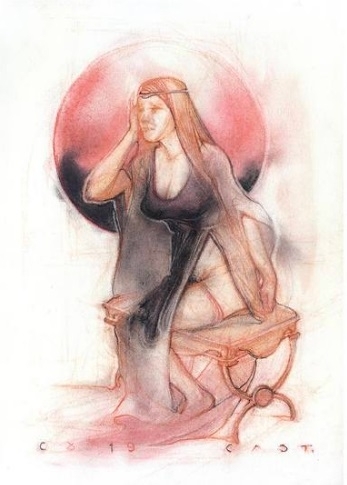 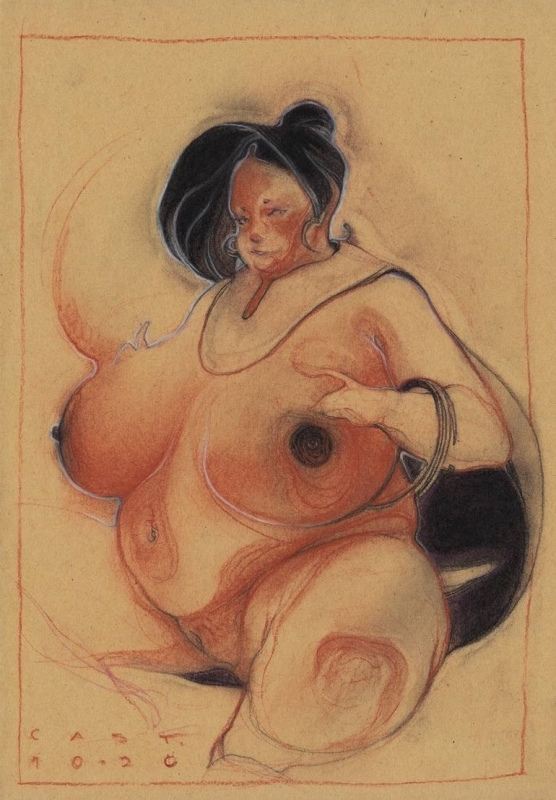 In the Premium version of the article, among other things, the Japanese motifs which seem to be one of the cornerstones of Castelli's aesthetic and more than twice as much images.