As known, the shunga genre always provided a field for experiments. In the 19th century, it was brought to Europe and became a sensation, which affected contemporary Western art. At the birthplace of shunga, local artists actualize this branch of the ukiyo-e tradition in different media and forms of art. In 2020, the Japanese calligrapher Sisyu revisited iconic shunga prints, giving us a new outlook on classic oeuvres. 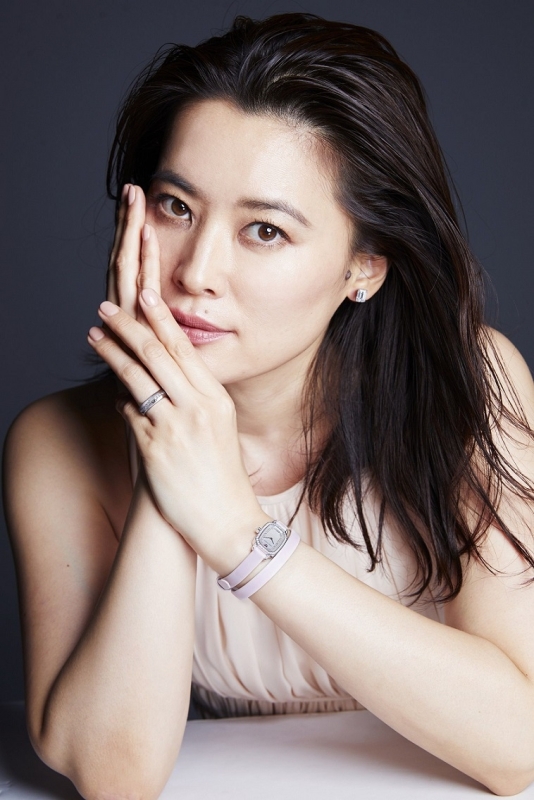 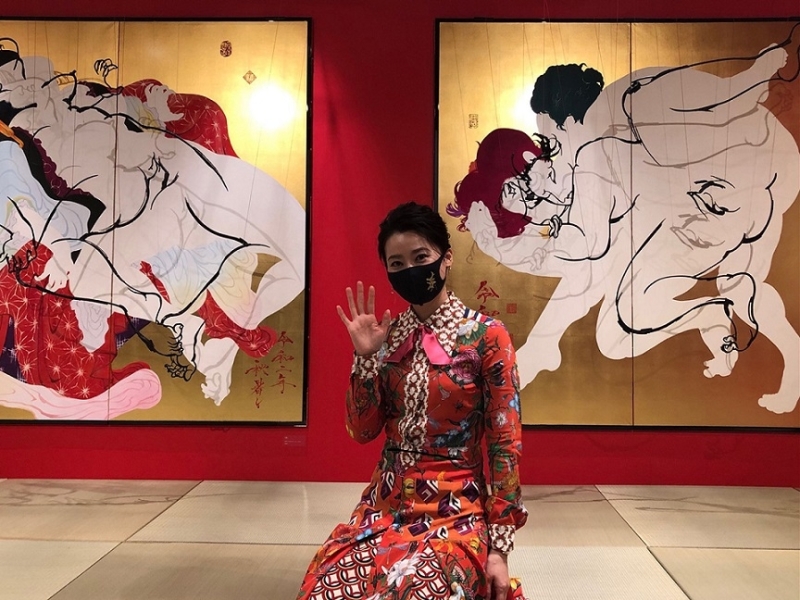 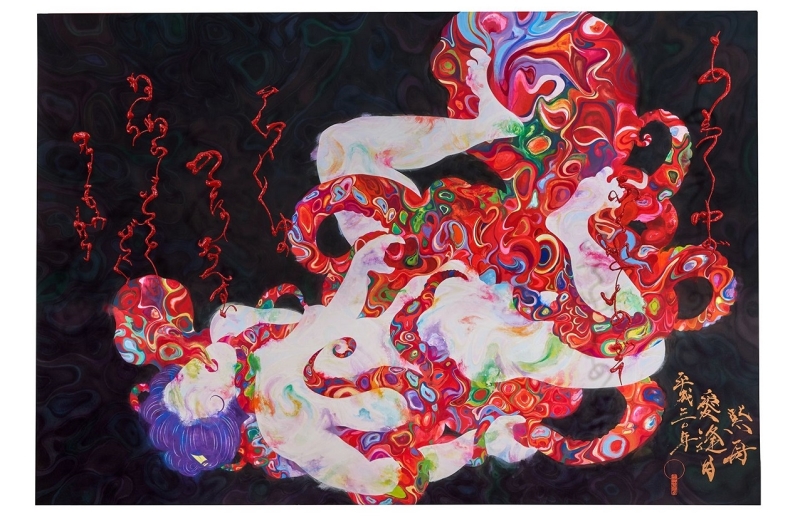 Sisyu is a professor at the Osaka University of Arts and an acknowledged calligraphist who wins international awards and appears as an invited artist at foreign expositions, for instance, at the French National Art Association exhibition that took place in the Louvre in 2014. Her works were also exposed at Venice Biennale, Davos Forum, and many other prestigious events. As calligraphy is a sought-after element of design, in her portfolio, Sisyu has a number of collaborations with fashion designers, wear brands, and auto groups (Ikeda Co., Ltd., Adidas, Mitsubishi) and creates Japanese posters for movies and spectacles (e. g. Disney's Inside Out). Since 2006, Sisyu has been running the Love Letter project promoting calligraphy. 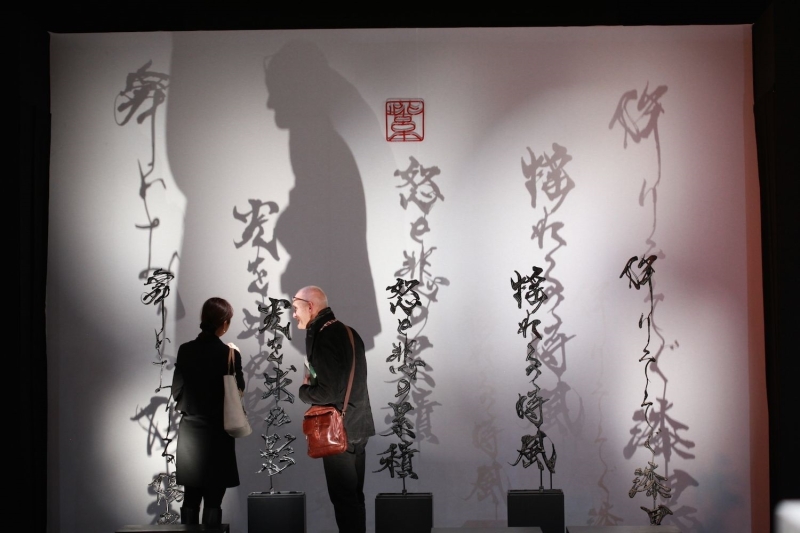 Being an artist who works in two dimensions, Sisyu was the first to bring her art into the three-dimensional world. In 2014, at the Societe Nationale des Beaux-Arts, she presented her calligraphic compositions as metal sculptures and was honored with the highest gold award. Metal became an amazing substitute for ink, and we can only guess what kind of brush this calligraphy lesson required. We've learned about the invention of 3d pens, but Sisyu takes it all to another level. As known, there's only one chance to write kanji on any particular piece of paper, so any mistake makes you go back to the start. In the case of metal ink, this "one-chance" feeling gets even stronger. The sight of kanji floating in the air evokes religious associations connected both with Zen Buddhism (the letters look as if they emerged right out of nothing) and Judaism, where celestial messages written in burning signs appear. Using light, the artist also incorporates in her work the shadow play tradition. The sculptures of Shihu let us believe that the first god Izanagi played with a giant 3d brush after creating the land with his jeweled spear. 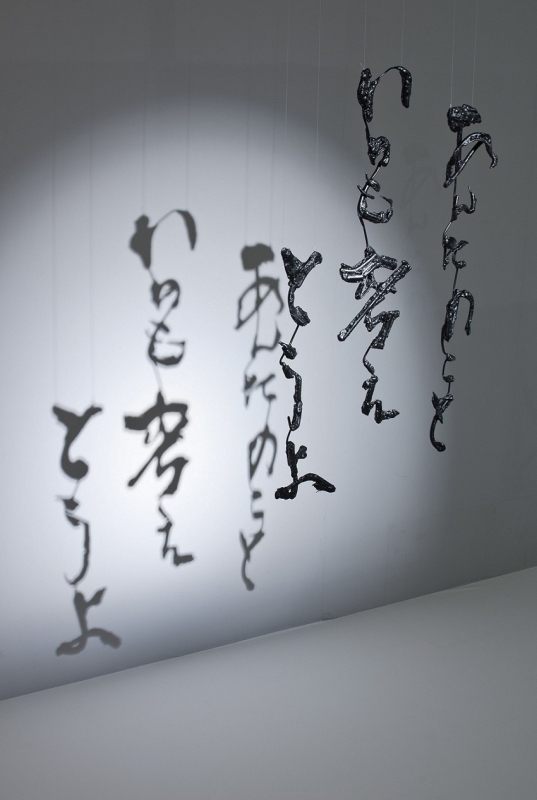 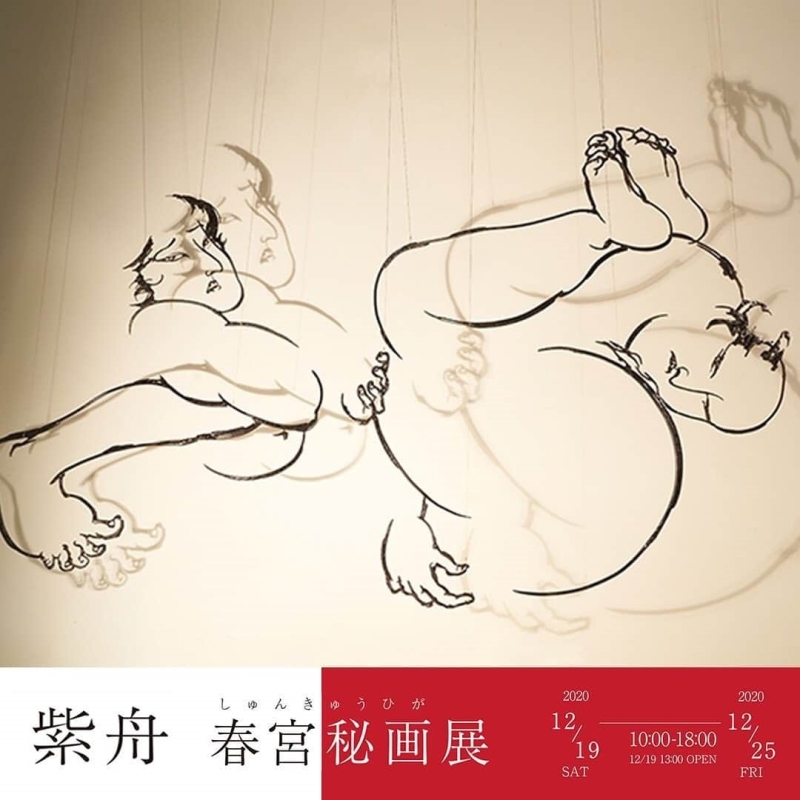 In 2017, Sisyu showed in Milan a calligraphic sculpture based on the print depicting probably a kabuki actor. A year later, she applied her method to shunga pictures, presenting an unusual Harumiya Secret Painting Exhibition at the Daikanyama T-Site Garden Gallery, Tokyo. She separated the key block lines from the rest of the image on the wall. The key lines were divided into several parts suspended in the air at a distance from the picture on the wall. When the viewer standing several meters from the showpiece looked straight at the whole composition, he saw the usual image but if he stood at another angle or changed his distance (considering social distancing, we can tell that this idea became sharp enough in 2020), the lines began to "move." Separating key lines from the image, Sisyu presents the image as a combination of several layers. Technically, she dissects the finished work of art to show it as a process since ukiyo-e prints are the combinations of different layers indeed. The image seems to float in the air, so the print existing in three dimensions literally becomes a part of the floating world. Let’s mention that Sisyu also created another version of shunga oeuvres, which is based on the removal of key block lines (The Dream of Fishermans Wife, etc). 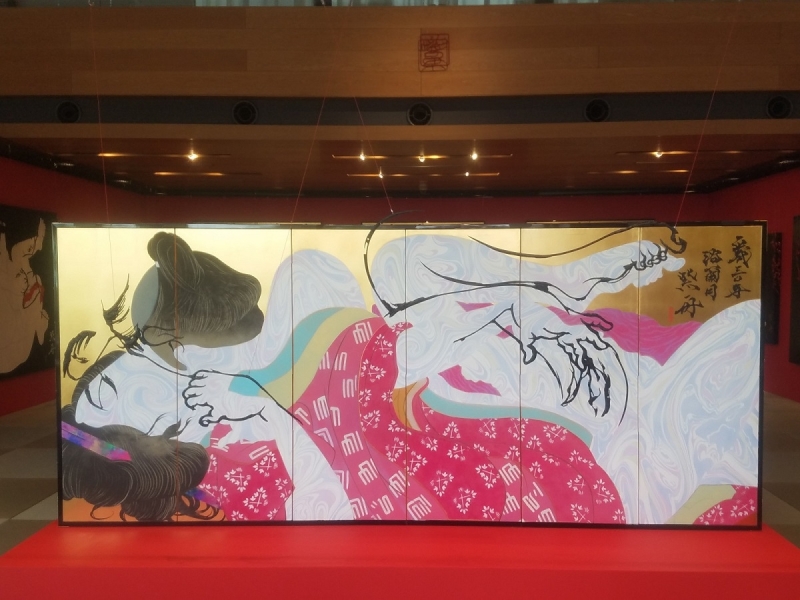 Fig. 8. The same piece from another point of view (amebaowndme.com) 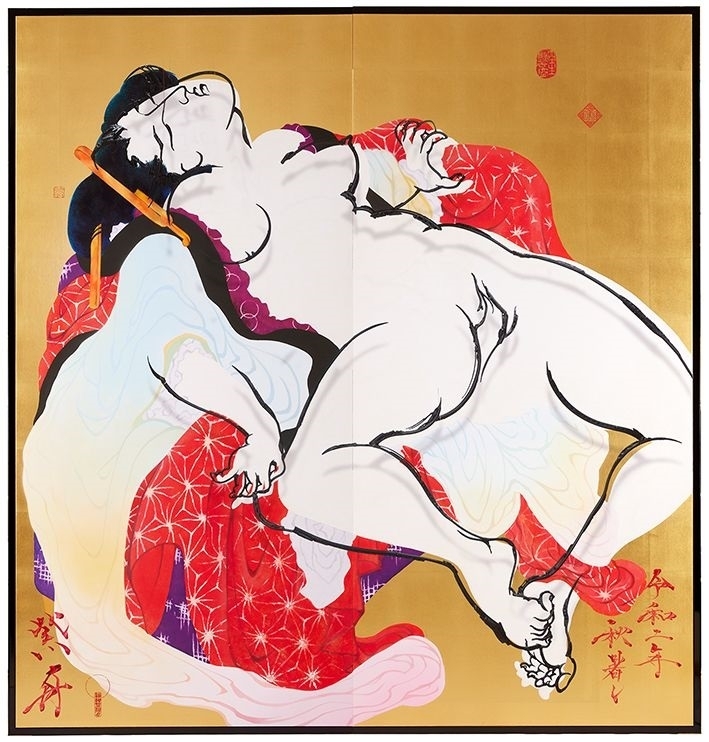 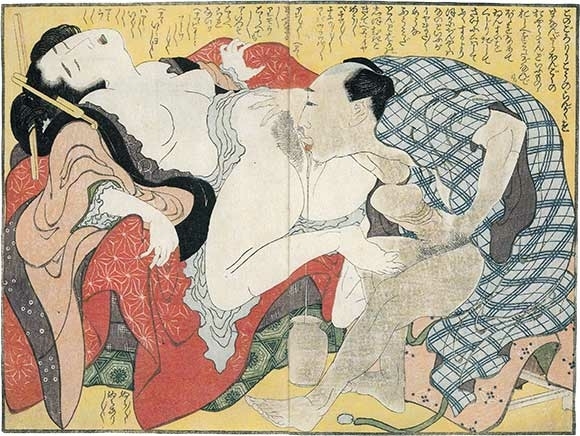 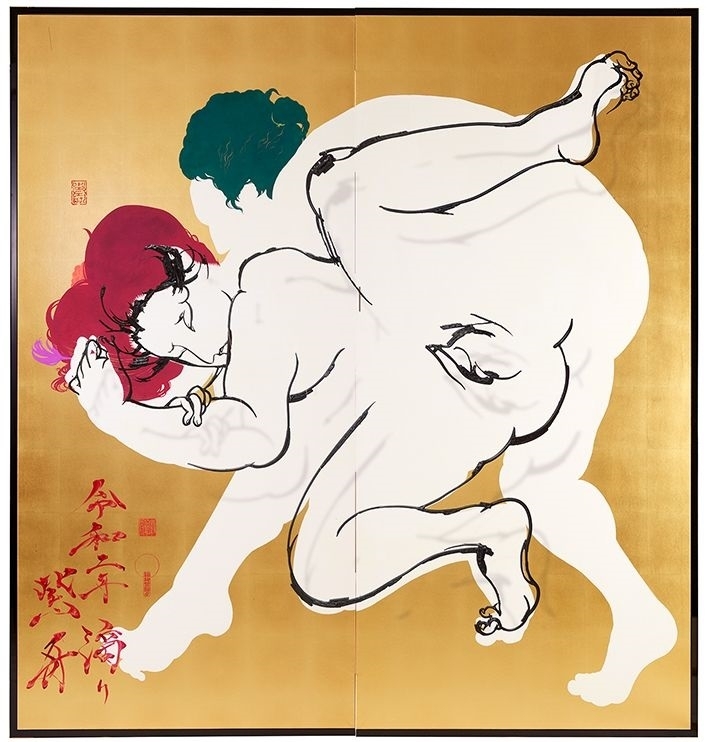 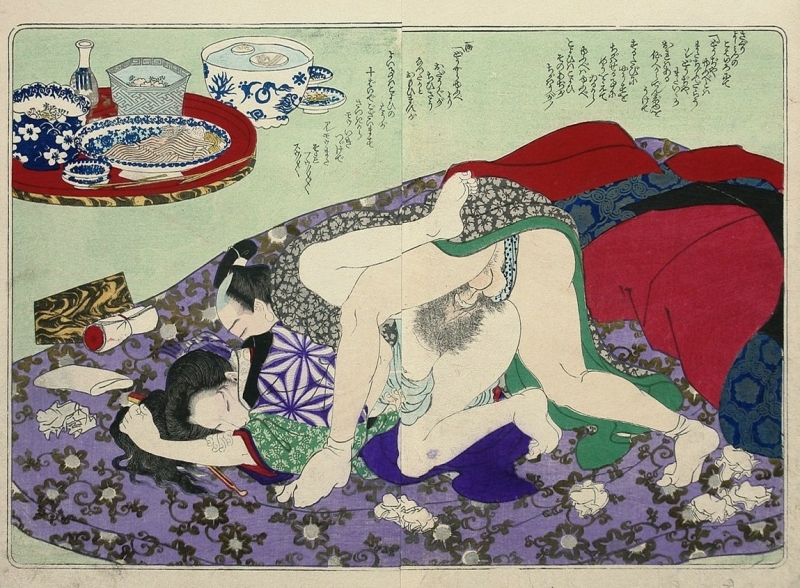 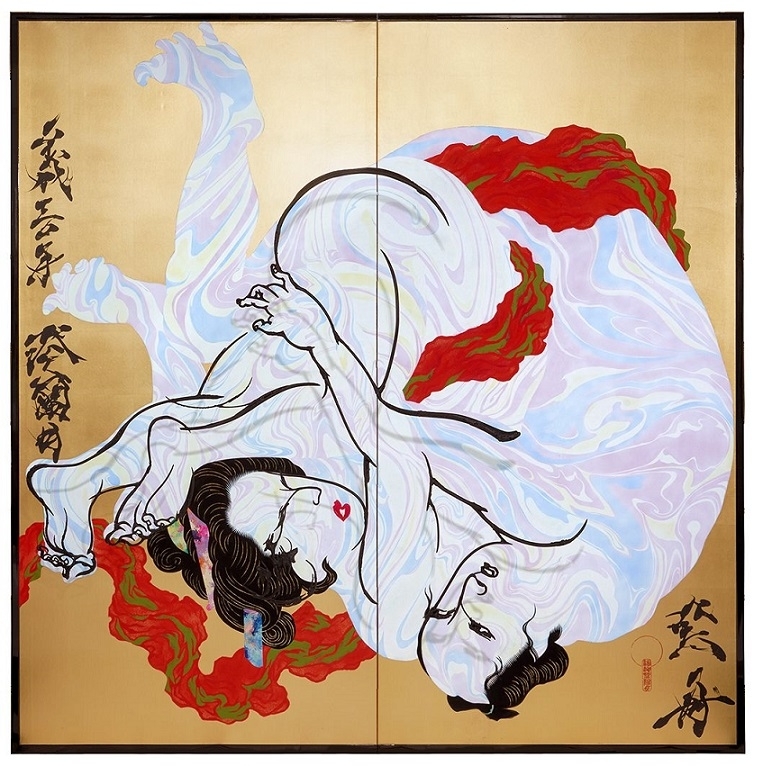 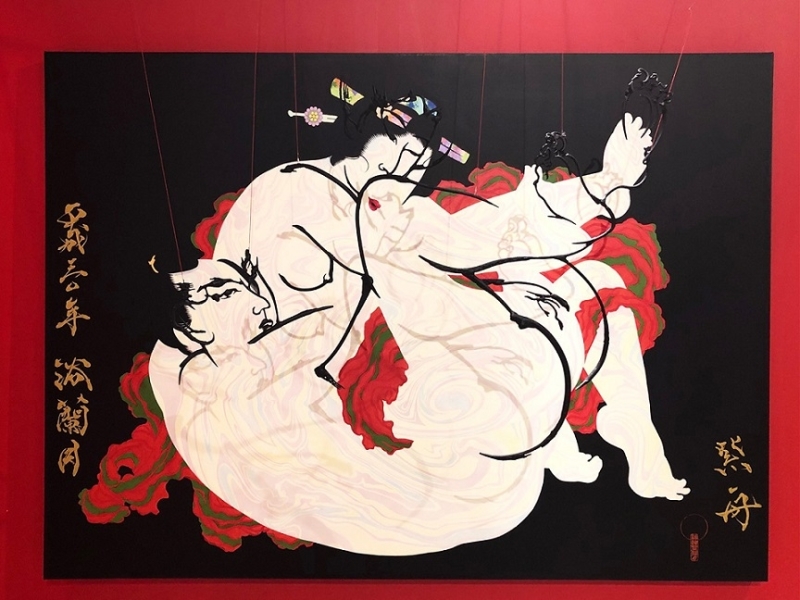 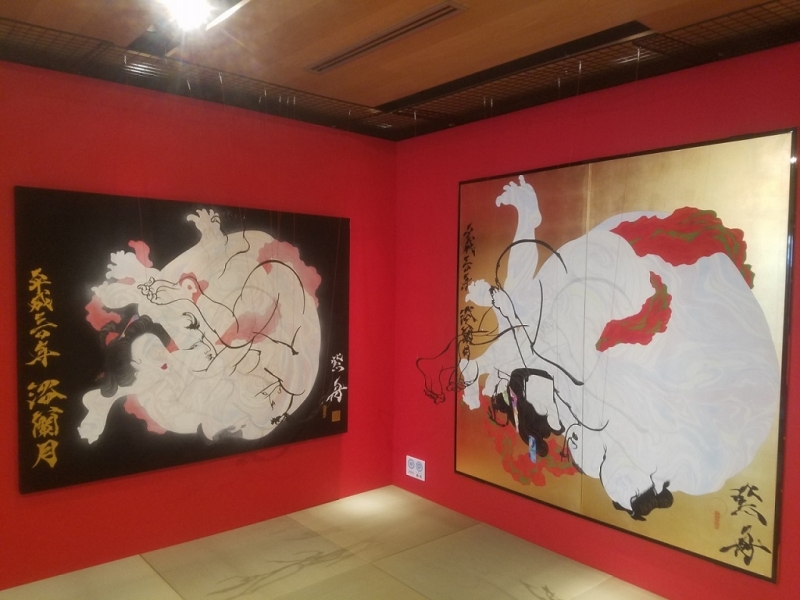 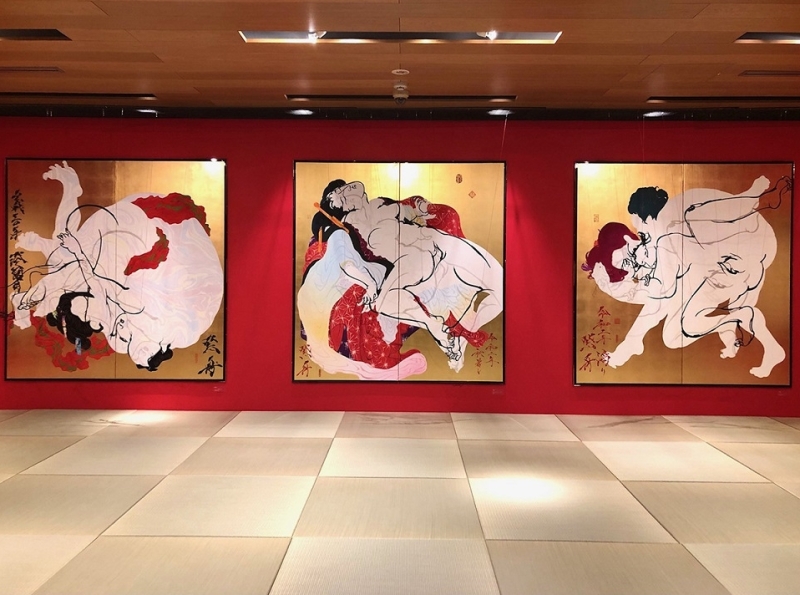 Speaking about her exhibition, Sisyu says the following: "People often ask, Why is Sisyu doing Shunga? I have a risk of violating Article 175 of the Penal Code, which is said to follow the flow of prewar censorship, and the barren debate about shunga, which is highly regarded in the world for its artistry and is treated as obscene material or art in Japan. It was passed down to our generation. In art, we have been active in the world with the belief of disseminating traditional Japanese culture to the world, and as a cultural person, I would like to pass on Shunga to the next generation as Japanese art (e-sisyu.com)." 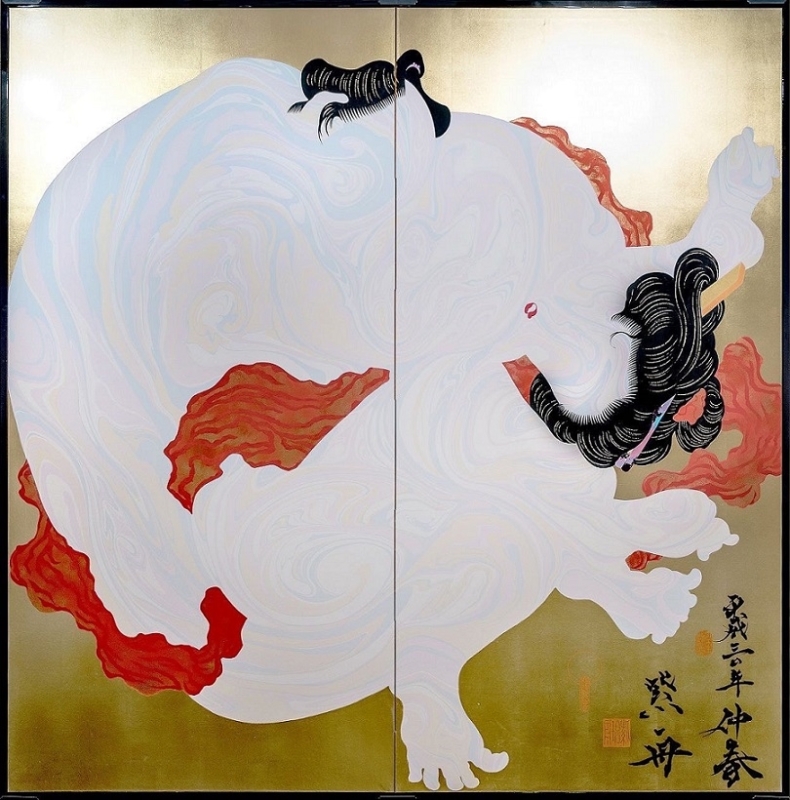 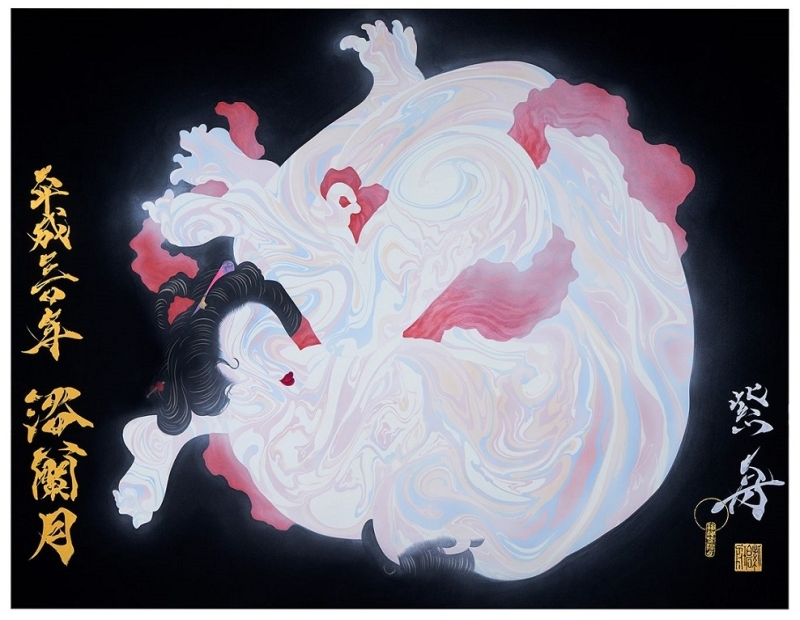 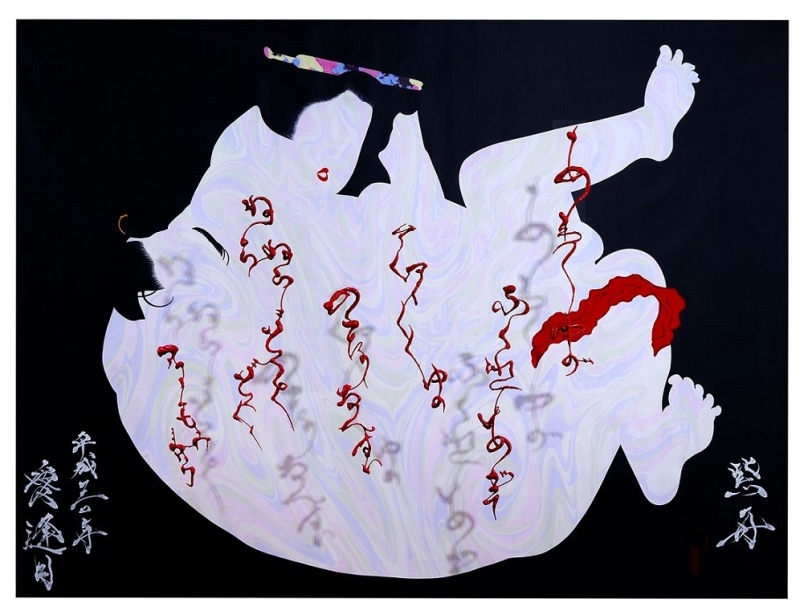 Click HERE for the compelling take on classical shunga and ukiyo-e art of the British artist duo Reynolds and Rose....!!

If you're a fan of sensual art and appreciate our content, you'll definitely enjoy Shunga Gallery Premium. For a sneak peek to what you can expect behind the curtain check out the following page now.

What do you think about Sisyu's re-interpretation of shunga? Leave your reaction in the comment box below...!!

A Conversation with the Illustrious Founder of Whores of Yore, Dr. Kate Lister
27 juni 2022
Place comment