And now we continue our parade of vivid censorship! These illustrators did their best to turn discrimination into art and make the hypocrisy work against itself. They had to ruin the logic and break the laws of physics in the process, but a la guerre comme a la guerre!

We open the second part of our top (click here for the first part) by recounting seven happy men. These men allowed to be impossibly close to the nipples are George Washington, Thomas Jefferson, Abraham Lincoln, Alexander Hamilton, Andrew Jackson, Ulysses S. Grant, and, last but not least, Benjamin Franklin. 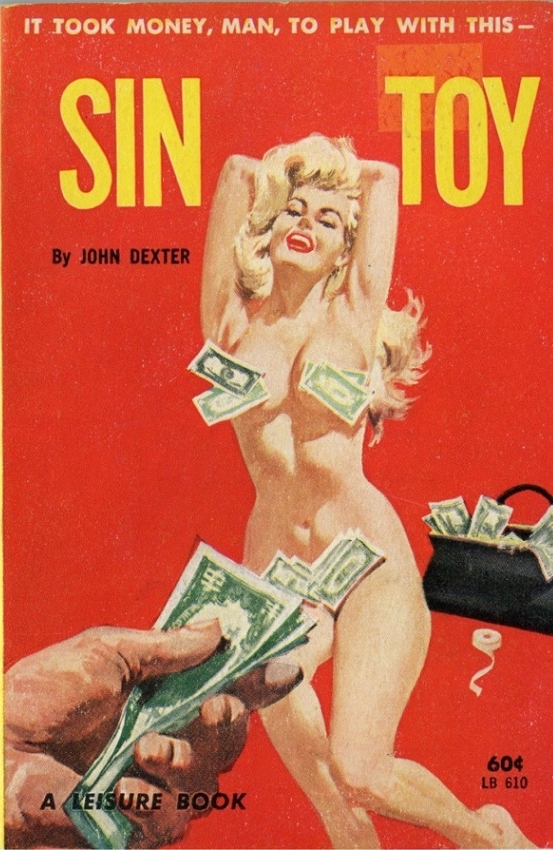 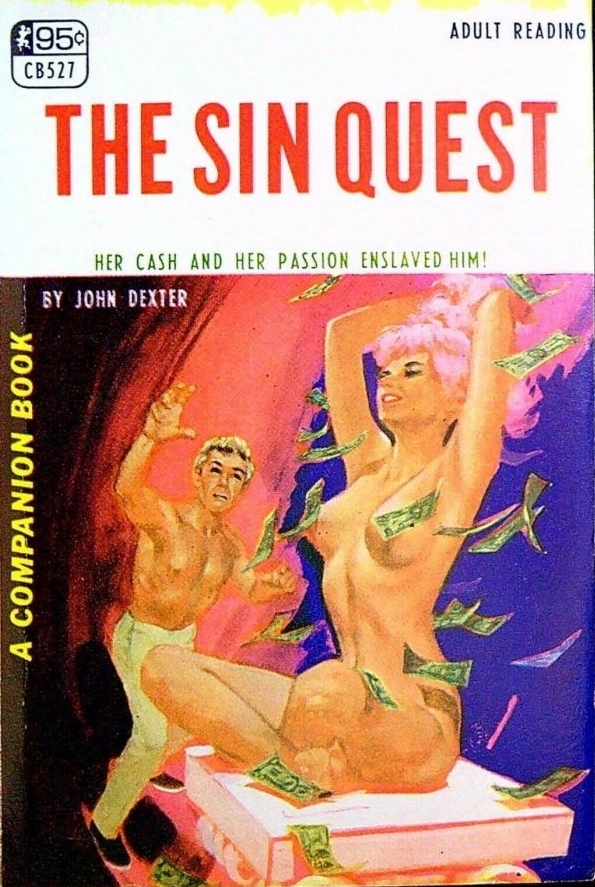 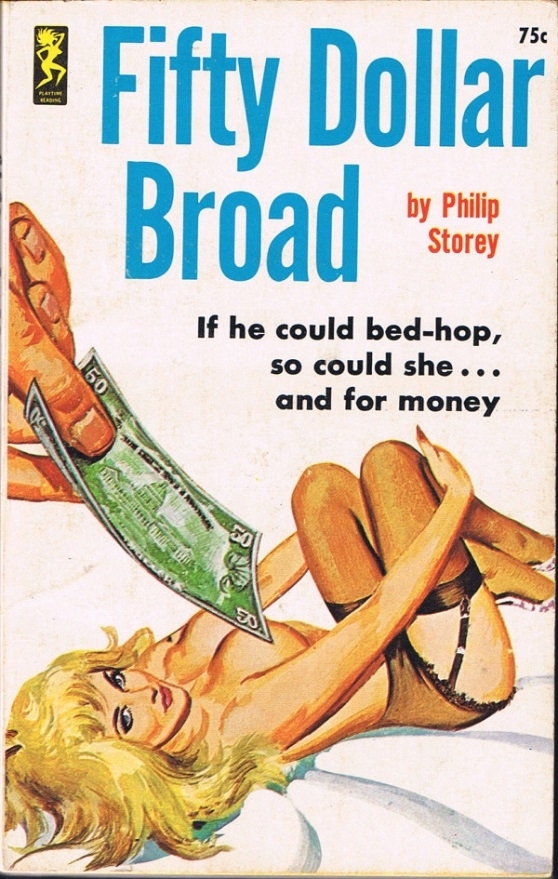 It happens when you want to seduce and need to censor at the same time. Reality is boring. This was claimed by impressionists, surrealists, abstractionists, and adult books’ illustrators. 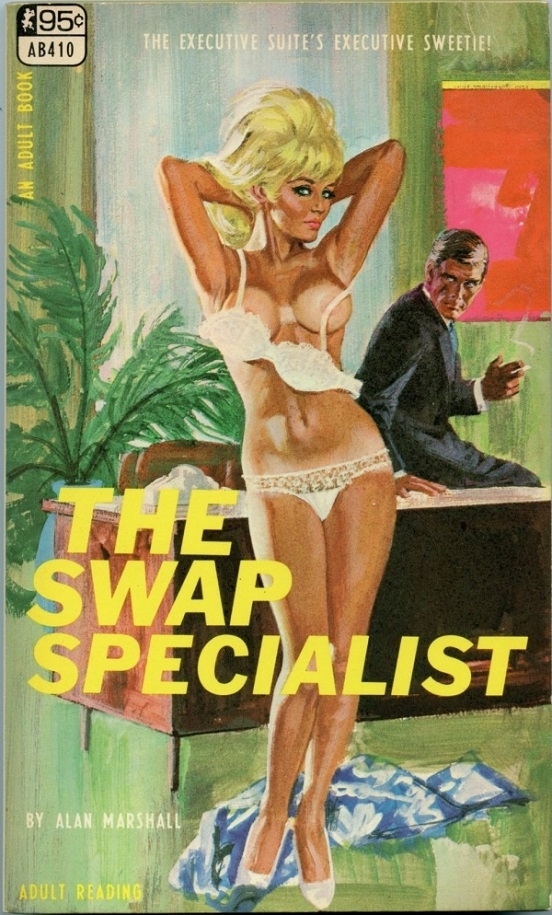 If she was raped as a virgin, the papers she’s reading are probably a criminal case file. Who knows, maybe in the twisted Universe of cheap literature, she won this case and then started using a copy of the docs as a night stimulant. 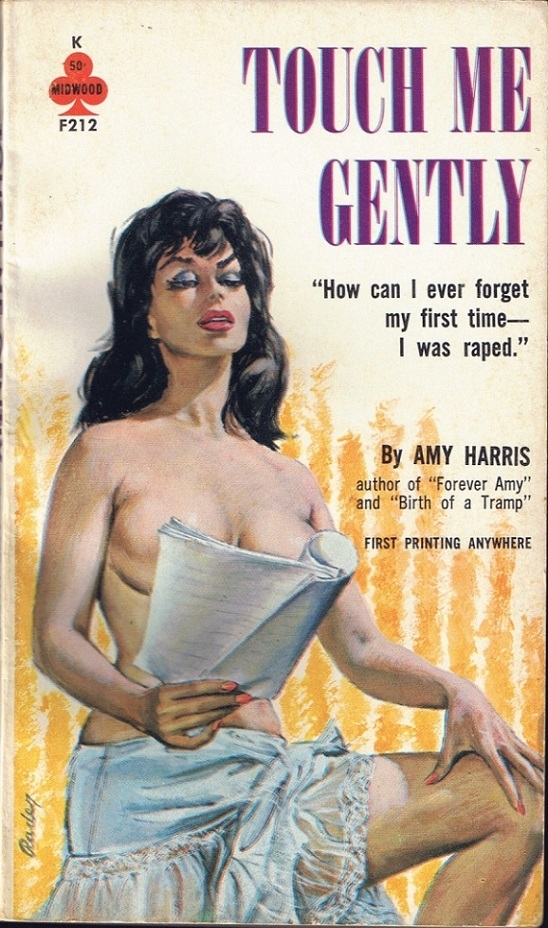 If it’s a dream catcher, then the scene can be a dream it caught. If this dream catcher hangs over the entrance, the Peeping Tom is on shift again! 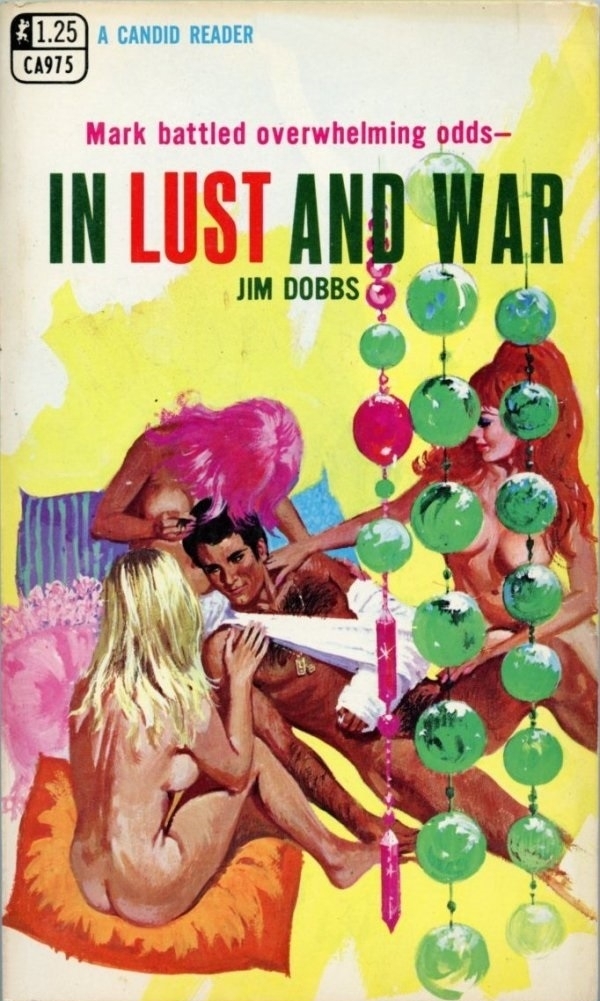 We can’t decide whether this ‘she-devil’ is another nippless girl or this pleasure boat’s come from a parallel dimension, and its’ antenna can magically hide female nipples independently of their location. 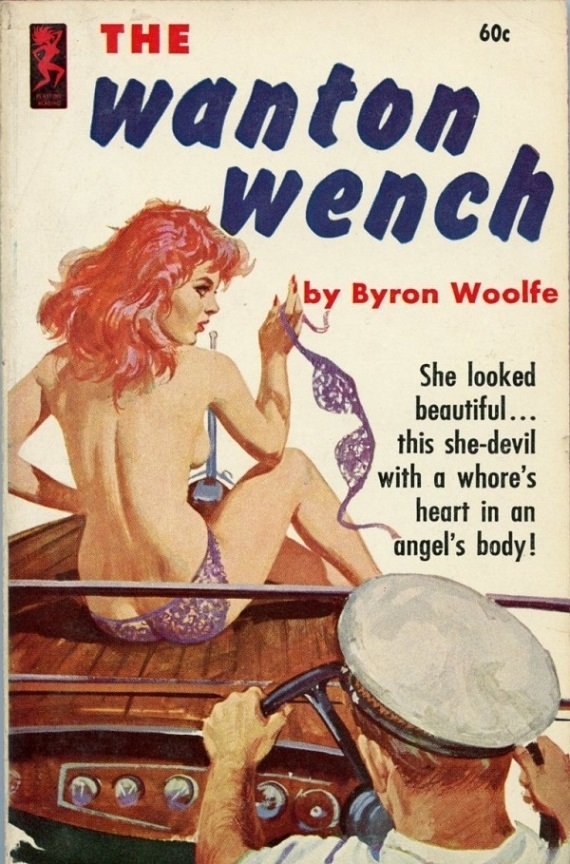 This is how you can spend the evening with your partner if wi-fi and TV don’t work. A deck of cards also can help if you need to draw a cover for a novel with a title like this. 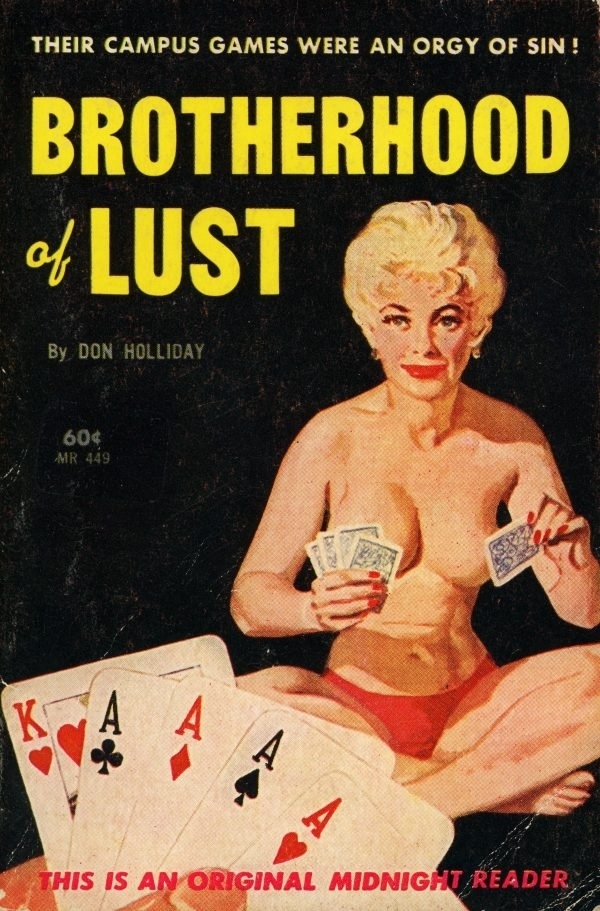 This cover reminding of The Catcher in The Rye probably has a tragic story behind it. Imagine, you want to be like this great writer, but, to earn a living, you write about naked people at the farm. Or you want to illustrate immortal classics, but you’re commissioned to draw covers for people like Kevin North. And all you can do is depict the rye over the boobs of a red girl, hoping that Salinger would be proud of your sophisticated reference. Or even worse, you hate classics and write paperback novels setting yourself against this damned literature canon, but there’s always someone who associates your product with this darn Salinger! So many, many tragic stories! 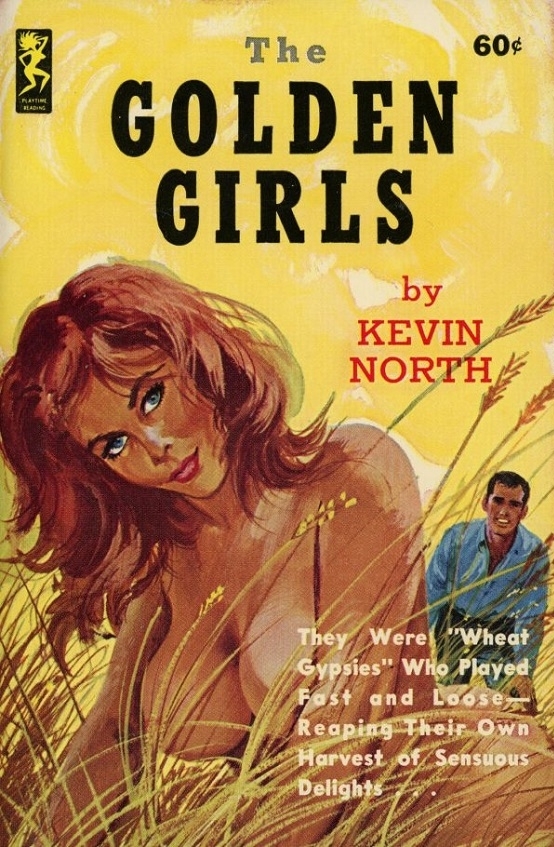 Because you can drown dead bodies there! Or, at least, you can cover the boobs of a dead girl with marsh plants. If the action takes place underwater, the seaweed is also helpful. 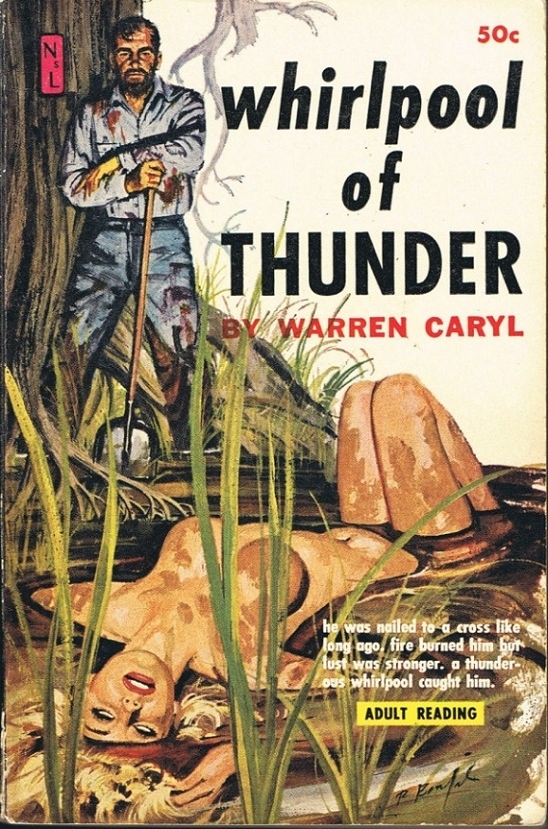 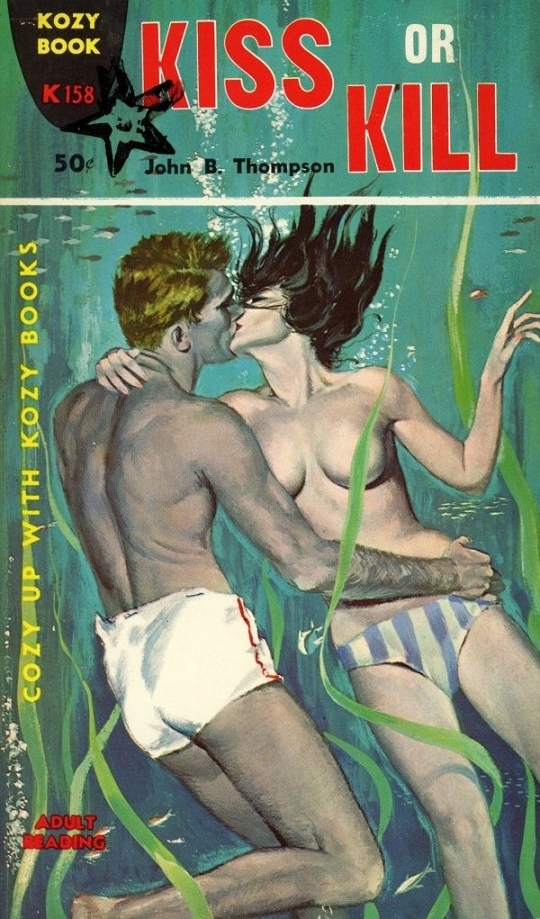 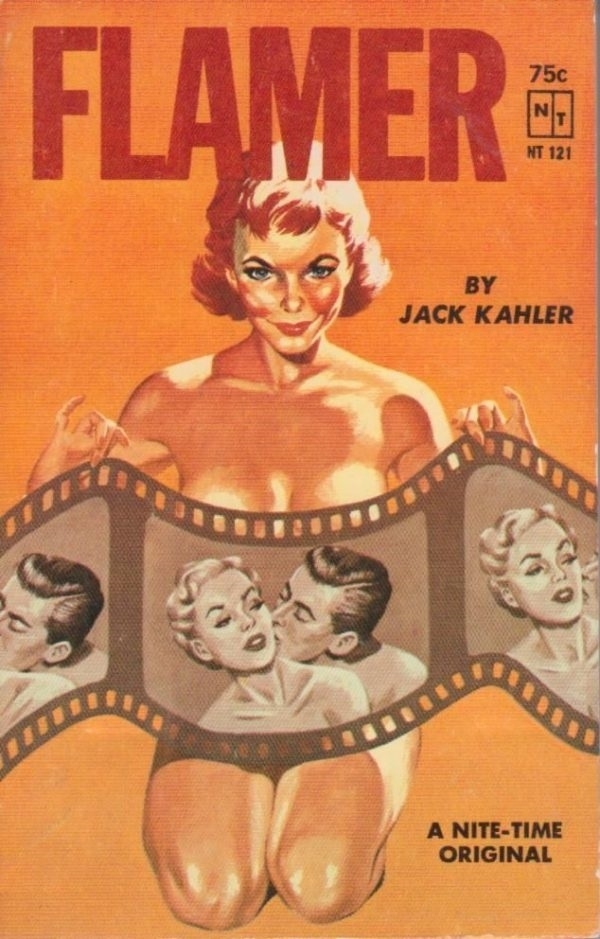 That guy with a guitar from the first part of our top decided to break his daily routine. Now he’s a guy with a gun! 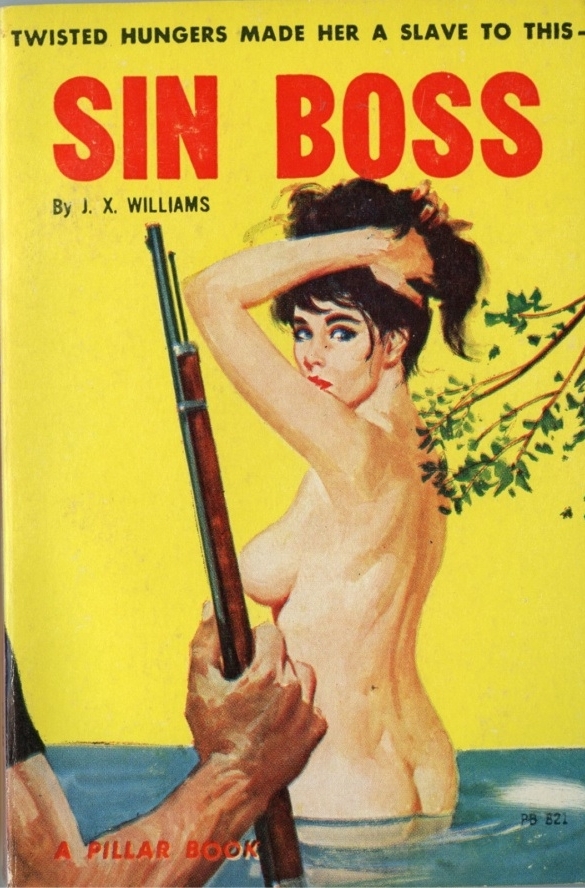 These covers promote the slogan Beat Disclosed Sinful Mammals. Bondage, domination, sadism, masochism, all kinds of whips and belts were invented to hide women’s nipples from the eyes of high-minded people. Yeah, together with the previous position, here’s a combo: Sin Boss, Sin Sucker, and Sin Mates. 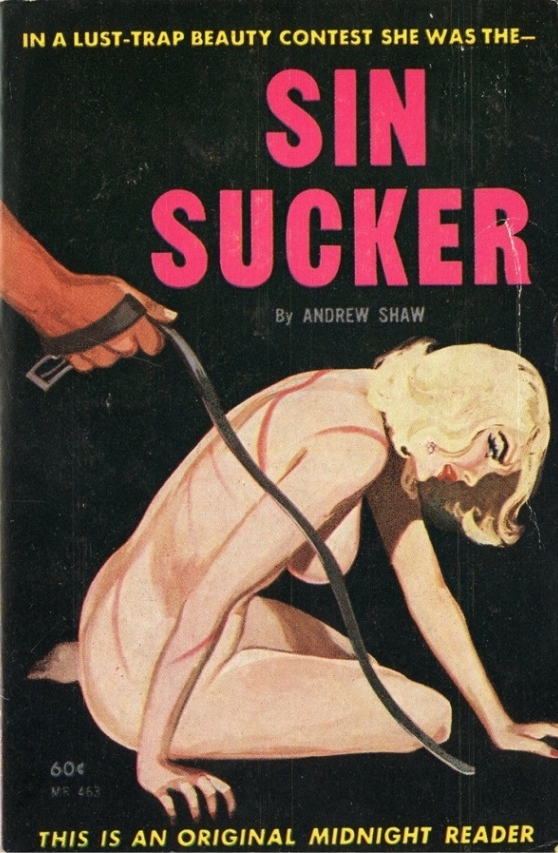 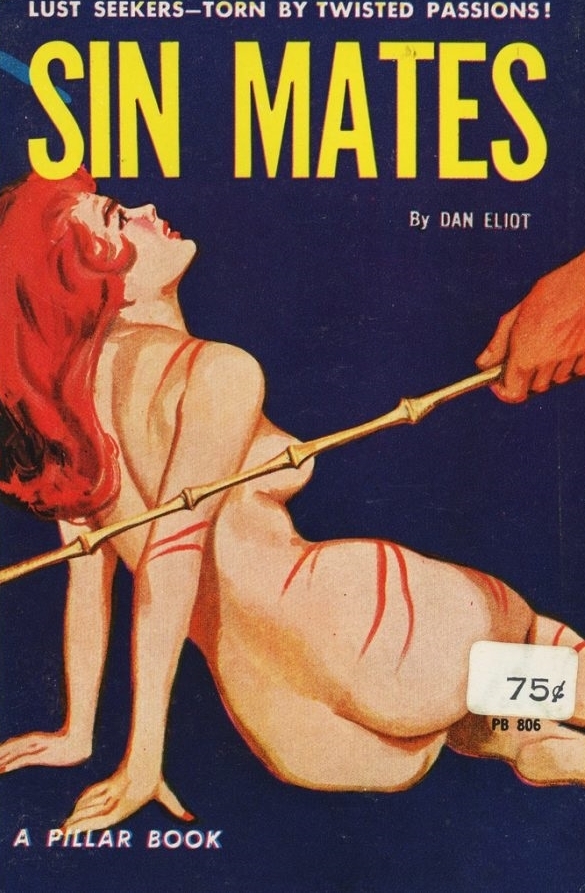 As you may notice, female nipples very often are censored by different phallic objects. This time, it’s a tripod. The lower part of the girl’s body is elegantly hidden by a camera. When they finish, she will cover herself with shots or a film strip, as we’ve already seen. 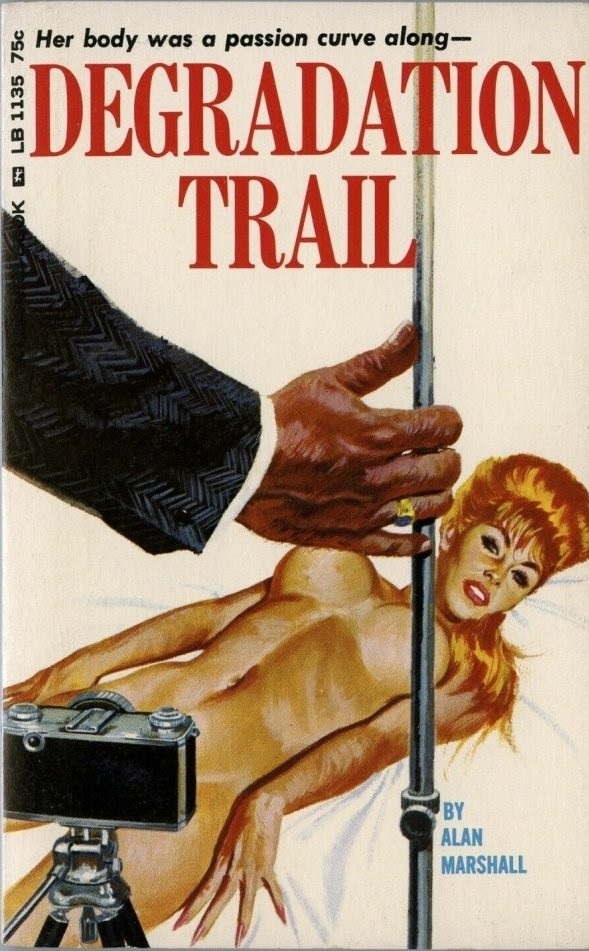 Body art is the thing you should never forget about if you’re an artist. It allows looking in the eyes while looking at nipples. 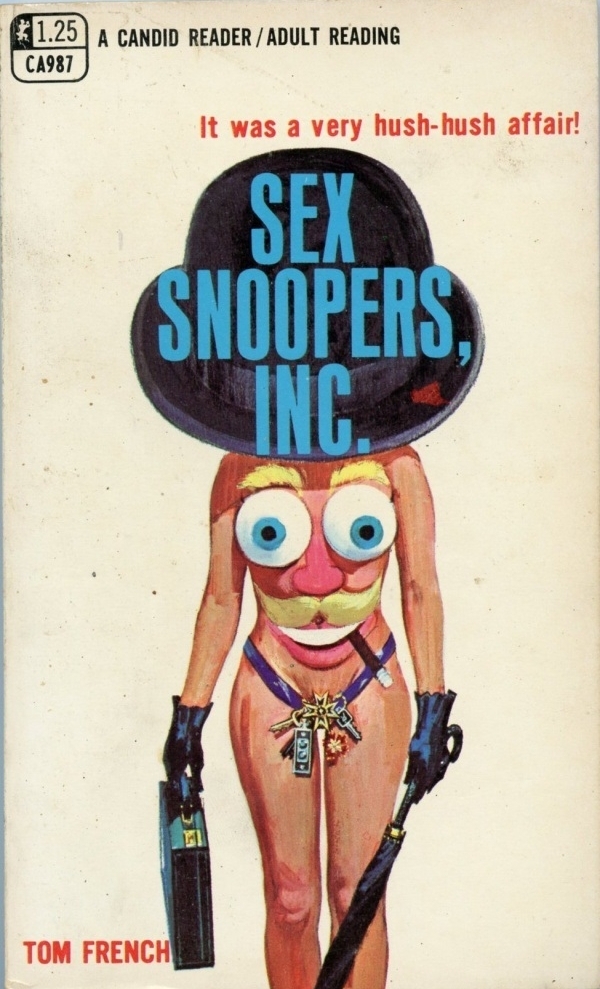 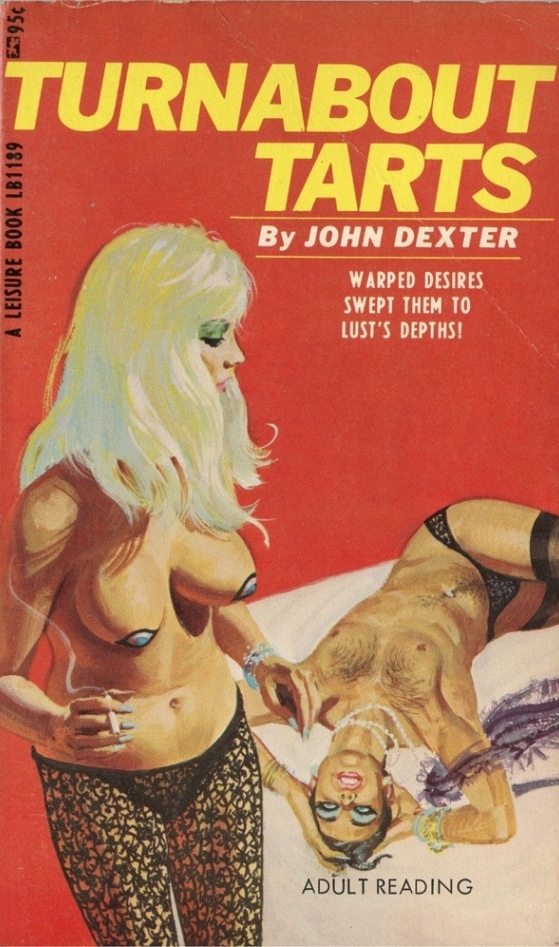 If you’re asked to censor the nipples of a girl, no one forbids you to do it by another pair of boobs! 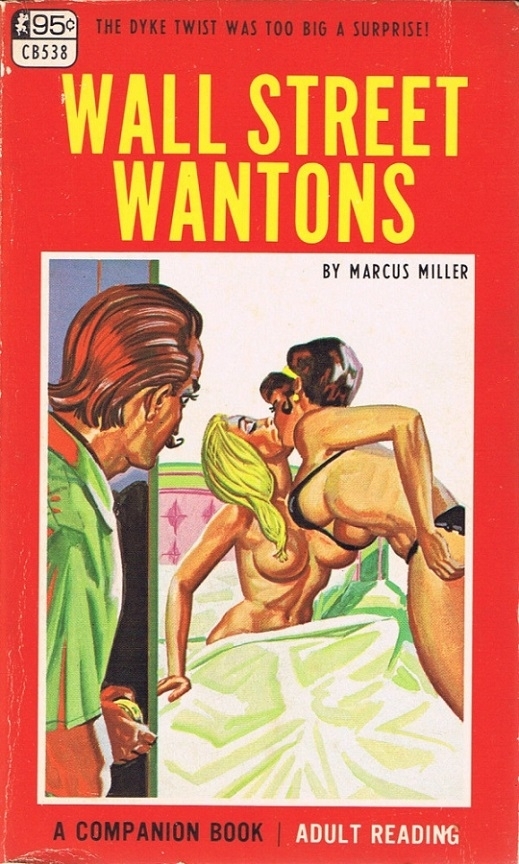 Sometimes you can hide nipples by a satanic fire of a sadistic cult. The cultists are cautious people as the fire is also good at healing venereal diseases. 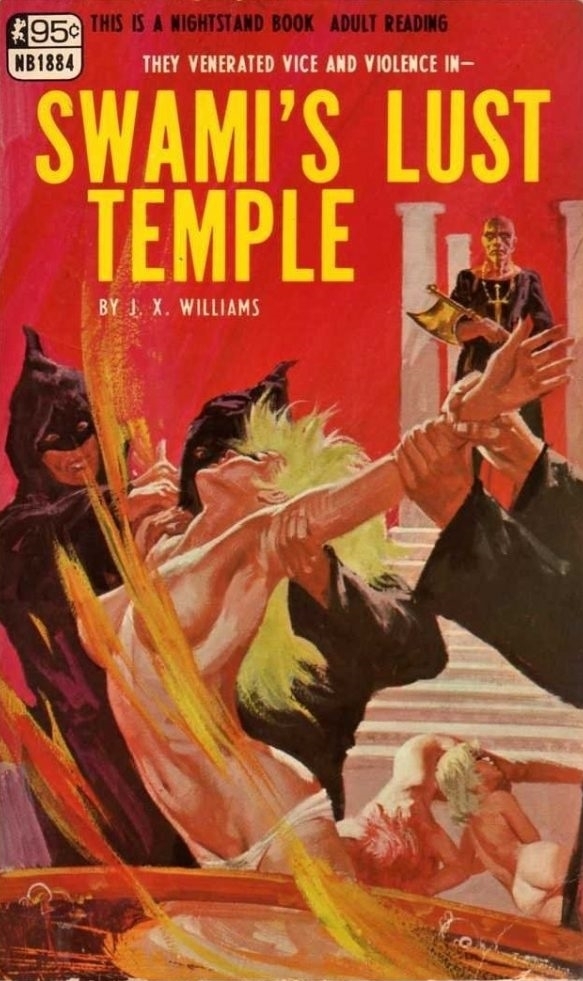 In the first part of the top, there was a position occupied by tree branches. This cover is placed much higher because the whole thing is barely explainable. Spruce branches are the most elegant way to hide the naked body, especially when there’s nothing more except them on the cover. 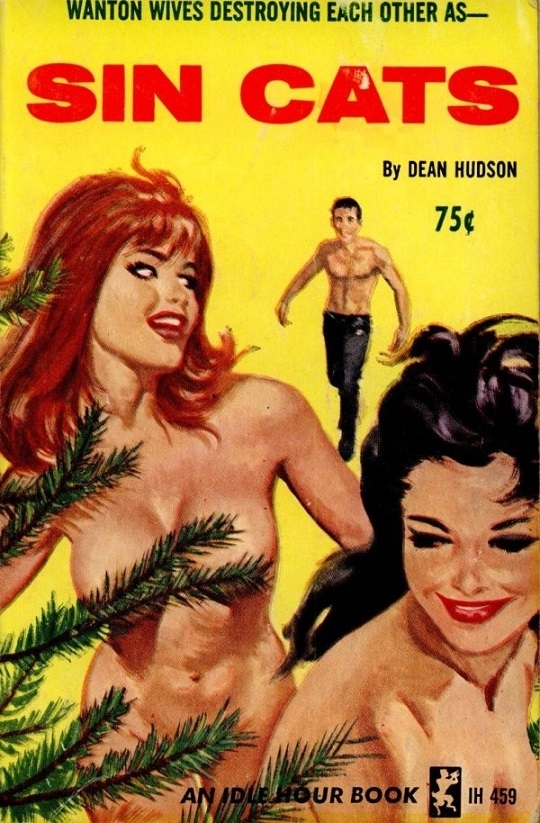 Another charming way to censor the nipples is to engage an octopus. As admirers of Hokusai, we bestow the 4th place to this cover. 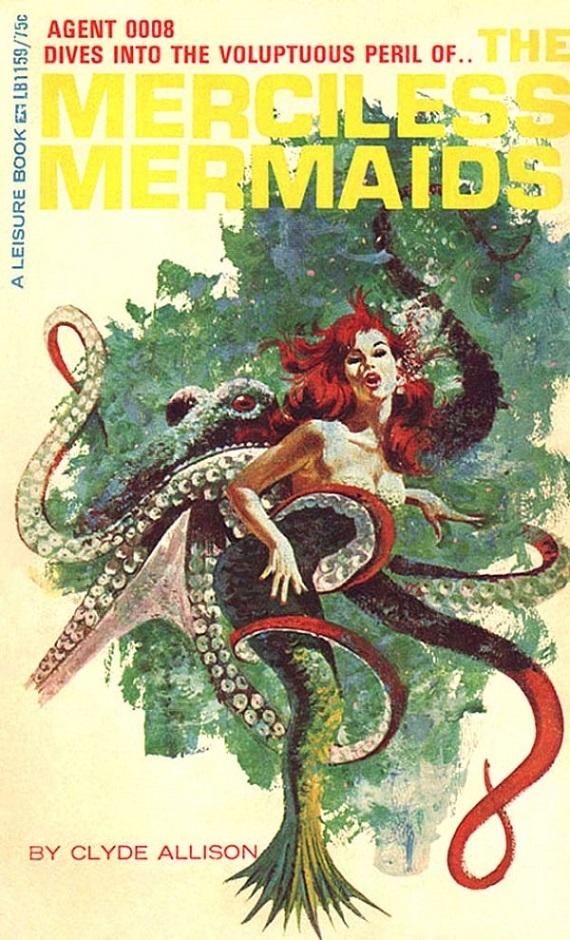 The third place is taken by two covers at once. The first one is the steering wheel (an adequate (if this word is appropriate here) variant of the 16th place), and the second is a mind-blowing representative of the genre. “The lady is a spy! And she’s no lady!” So, who the hell is she? An alien cat-woman sometimes sporting snakes? 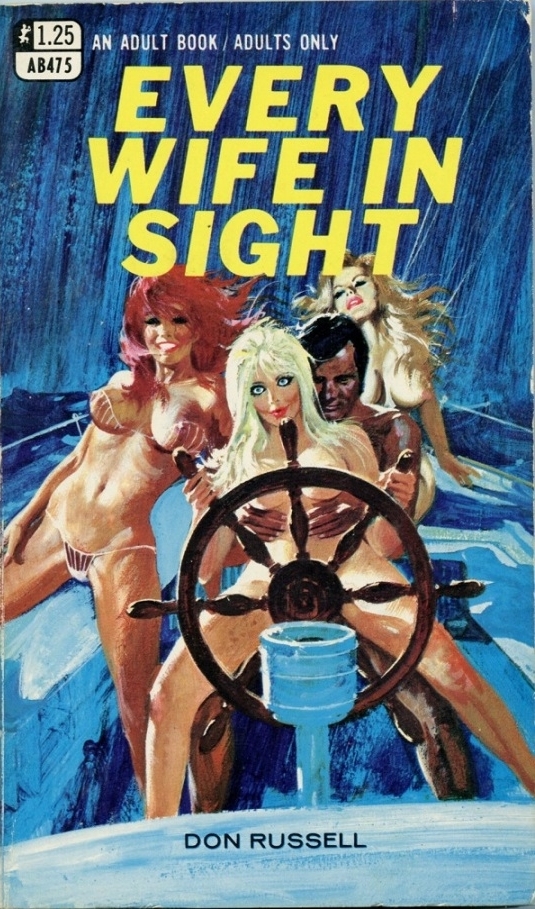 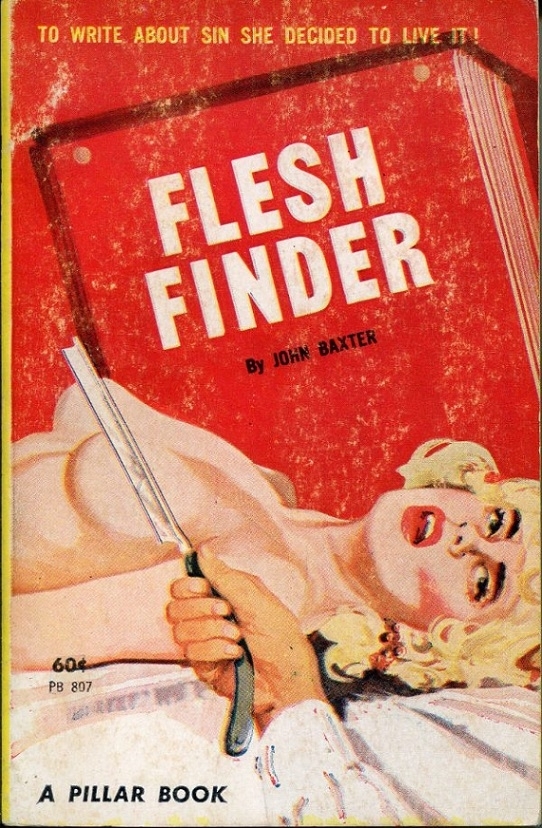 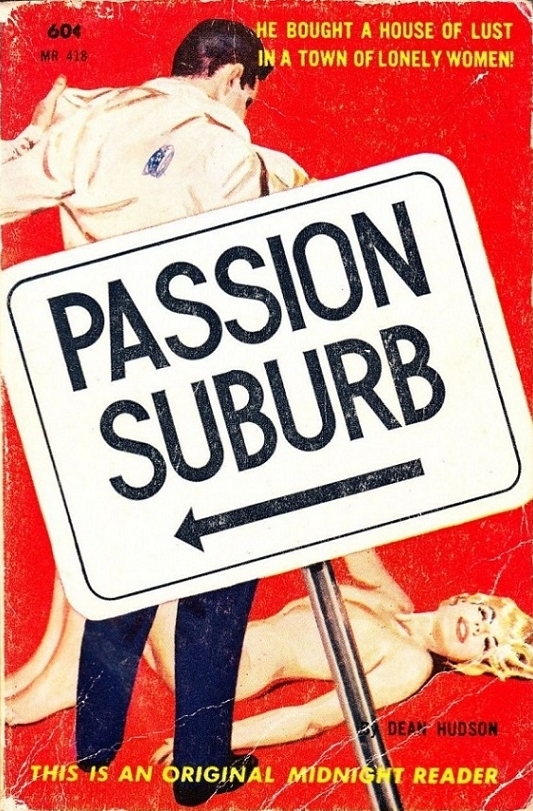 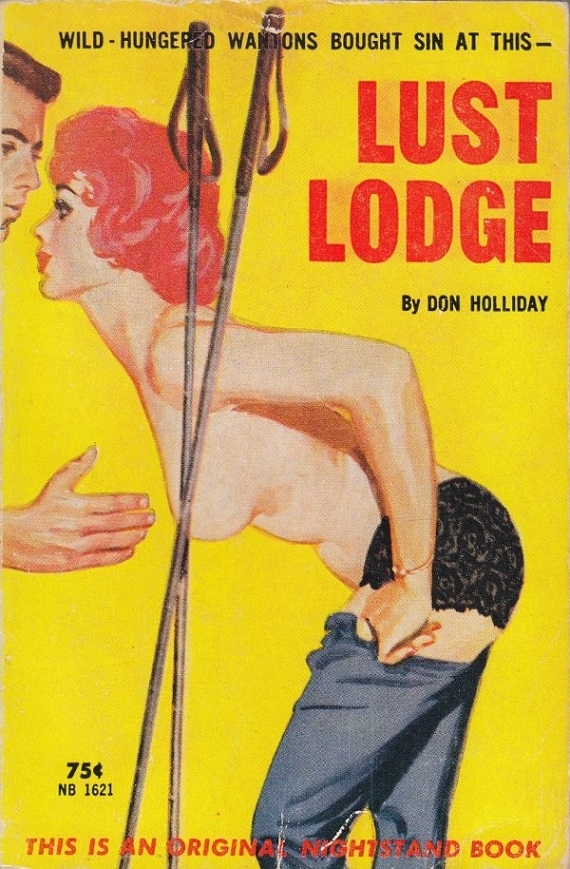 1. Smoke On the Sex Machine 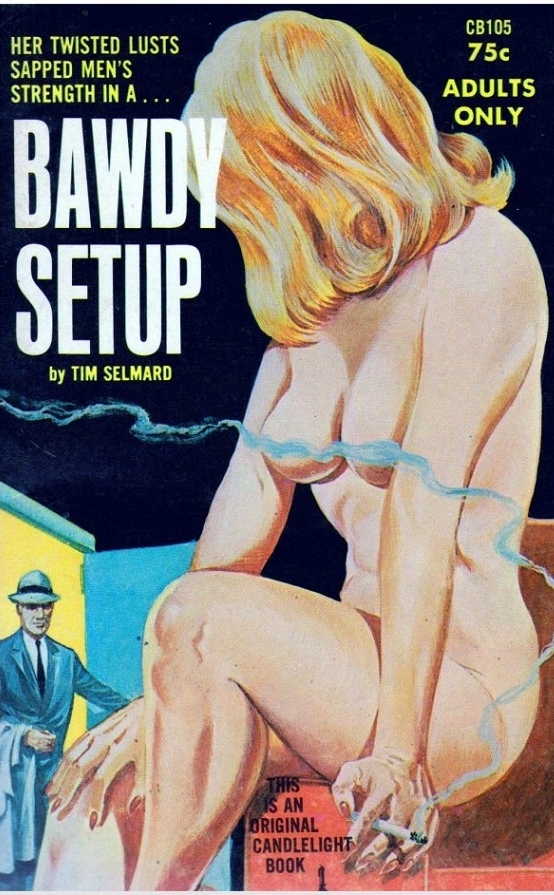 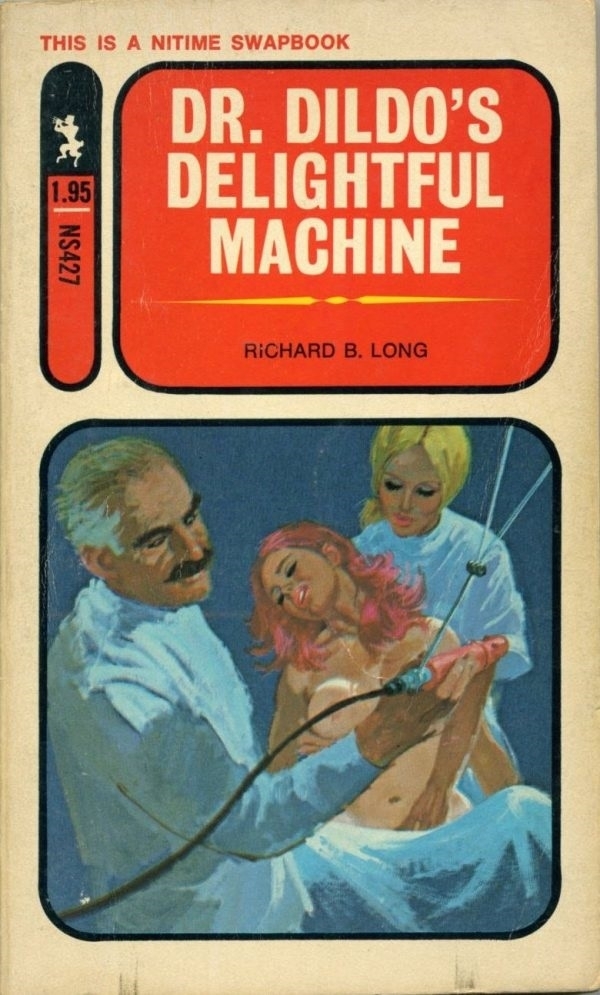 Click HERE for the ‘unprocessed’ nipples as displayed in the comic art of Leone Frollo….!!

Let us know your thoughts on this article? Do you enjoy these kinds of subjects? Leave your reaction in the comment box below…!!