Two new paintings by the American shunga artist Jeff Faerber (1974). The pose of the intimate couple in the first one (Fig.1) is copied from the 19th century ukiyo-e master Katsushika Hokusai (1760-1849 - Fig.2b). 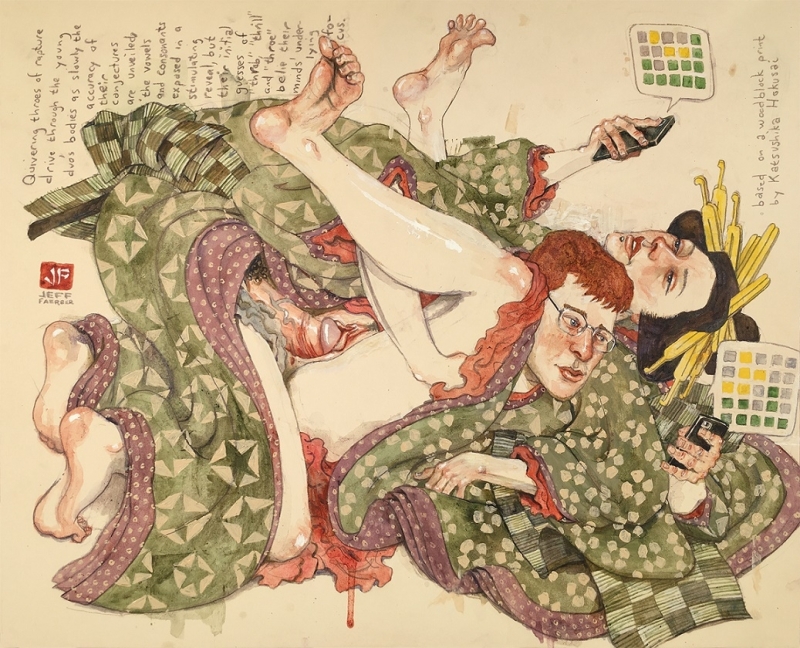 Fig.1. Title: "Quivering throes of rapture drive through the young duo's bodies as slowly the accuracy of their conjectures are unveiled, the vowels and consonants exposed in a stimulating reveal, but their initial guesses of “throb” “thrill” and “throe” belie their minds’ underlying focus"

I usually have pieces started for months and months before I finish them, but then this word game called Wordle became a huge sensation (or at least in America it did).  After, I became hooked on the game, I knew right away I wanted to do a Wordle shunga but none of my pieces lent themselves to having both characters holding their phones.  I quickly found a Hokusai where both partners where looking in different directions, and if I shifted the hands just slightly, I could get both of them playing on their devices. I mostly kept true to the original, but then when I got the patterns on the robes, I decided to alter it slightly as the Hokusai robes seemed like they would be annoying to paint. 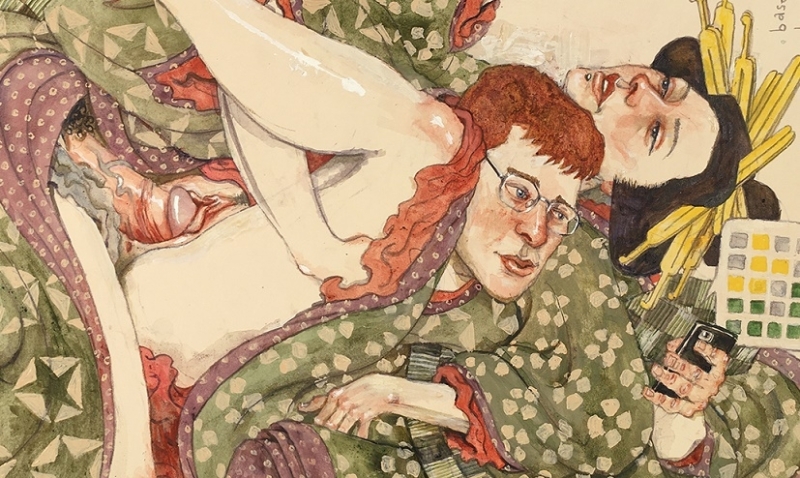 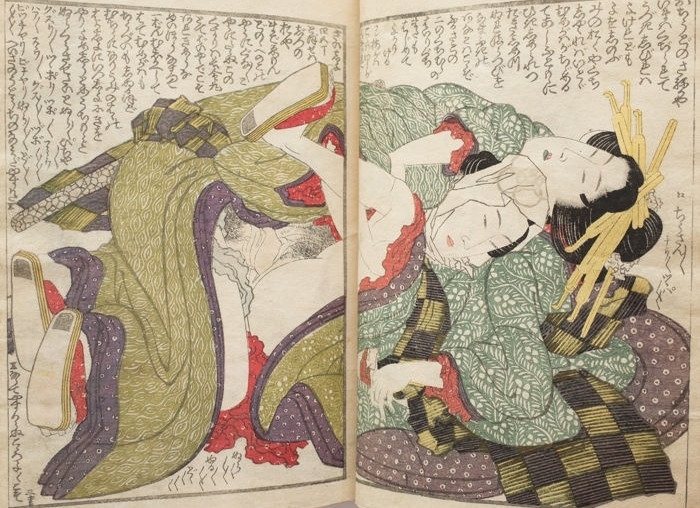 Fig.1b.  From Vol.2 of Hokusai's 'Ehon Tamakazura (The Jewelled Wig)' series, published around 1820 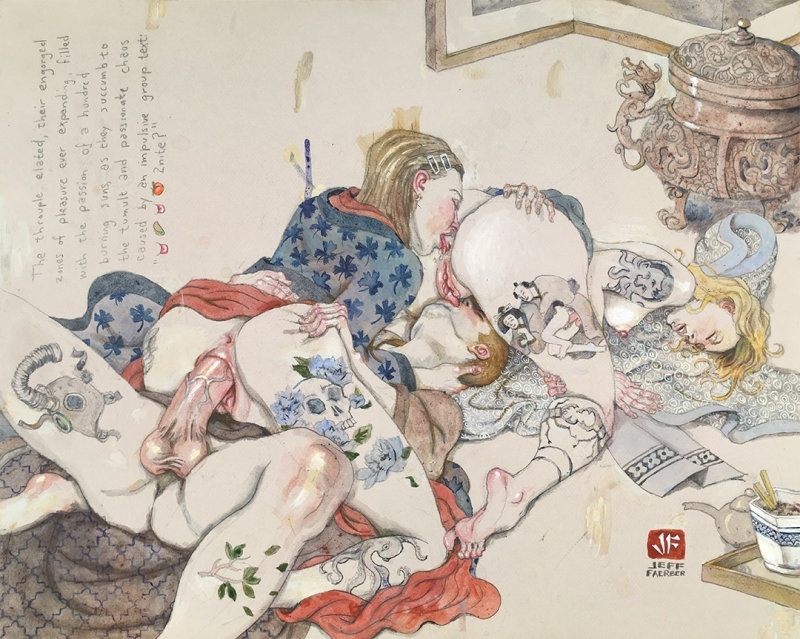 Fig.2. Title: "The throuple elated, their engorged zones of pleasure ever expanding, filled with the passion of a hundred burning suns, as they succumb to the tumult and passionate chaos caused by an impulsive group text: '👅🌮👅🍑2nite?' 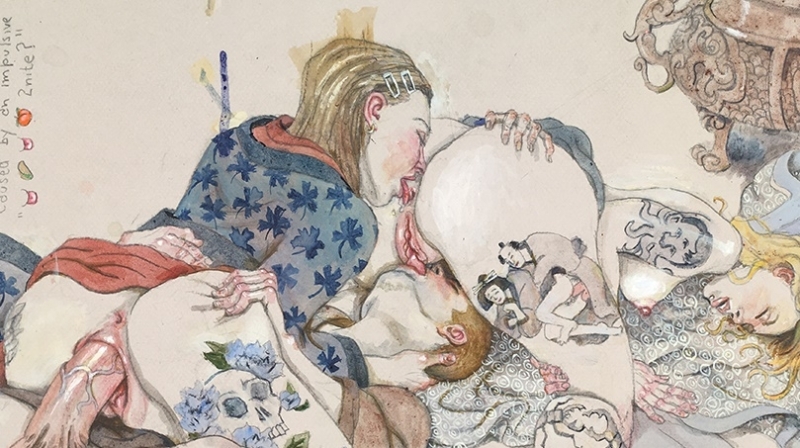 Click HERE for more articles on the shunga art of Jeff Faerber....!! 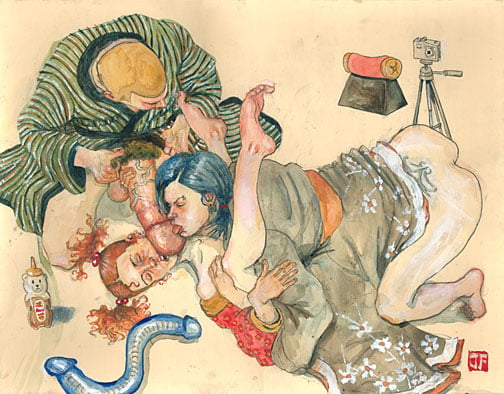