The series of satirical lithographs we’re going to look at is ascribed to two famous printmakers Achille Devéria and Eugène Lepoittevin. Marijn’s already published an article on Devéria’s works and biography, so the current post is accompanied by biographic facts on Eugène Lepoittevin (1806-1870). 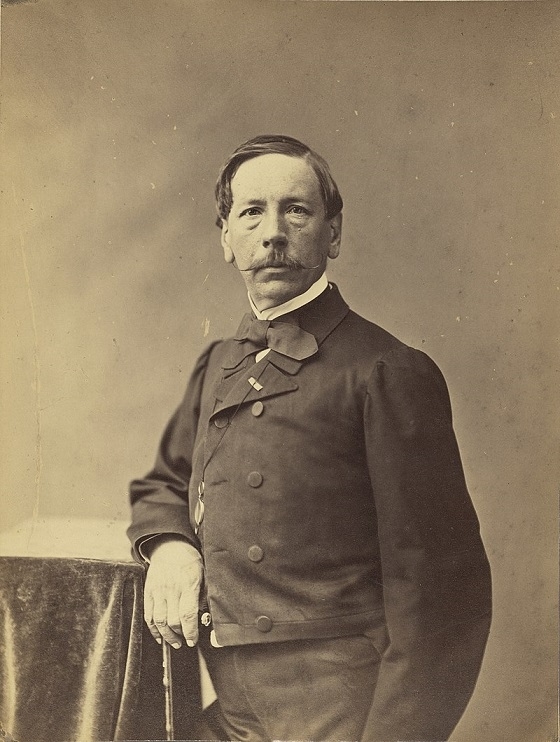 Called by Many Names

Lepoittevin was a French maritime painter and caricaturist. He was born in Paris in a family of Nicolas Potdevin, who moved to Paris from Normandy and became a chief cabinetmaker at the Palace of Versailles. The surname “Potdevin” went through many transformations: Poidevin, Poitevin, and then Lepoittevin. The supposed producer of diabolic engravings signed his works with lots of variations of his name: Eugène Le Poitevin, Eugène Lepoittevin, Eugène Le Poittevin, Édouard Le Poittevin, E. Lepoittevin. 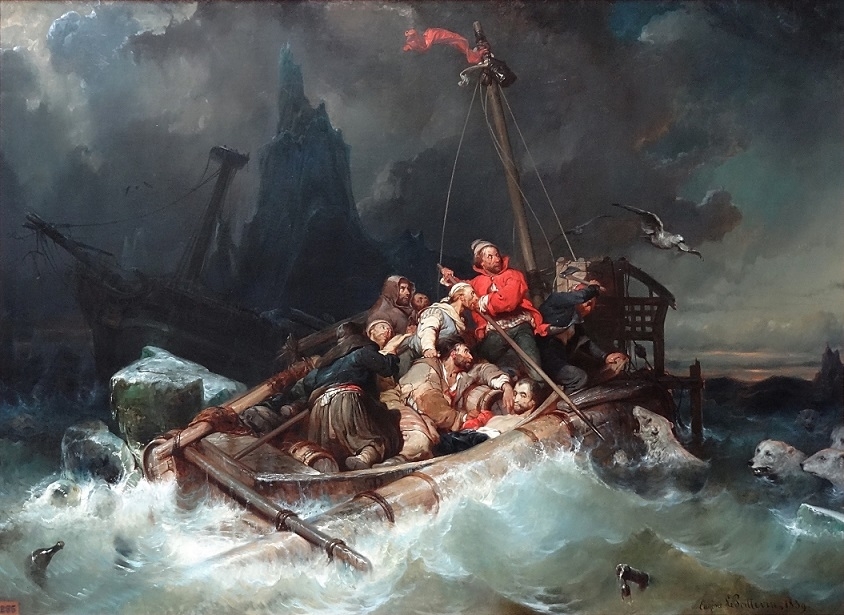 At the age of 20, Lepoittevin enrolled at the École des Beaux-Arts. He was an avid traveler and prolific painter. His legacy consists of the depictions of landscapes and history paintings. From 1831, he was regularly exhibiting at the Paris Salon. 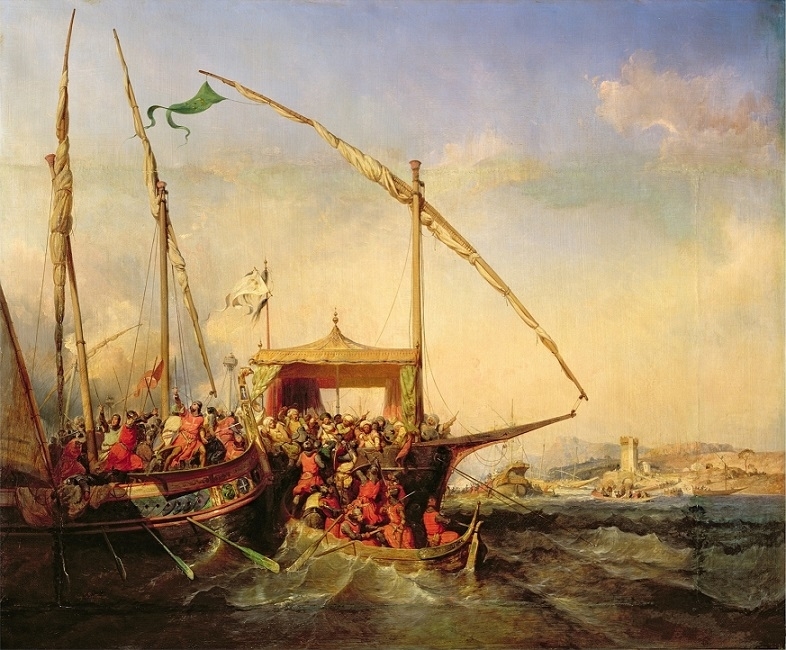 The Legion of Honor

In 1843, Lepoittevin became a knight of the Legion of Honor, which is the highest French order of merit for military and civil merits founded by Bonaparte. Six years later, he was awarded Peintre de la Marine title (Painter of the Fleet), which was set up in 1830 to honor the maritime artists. 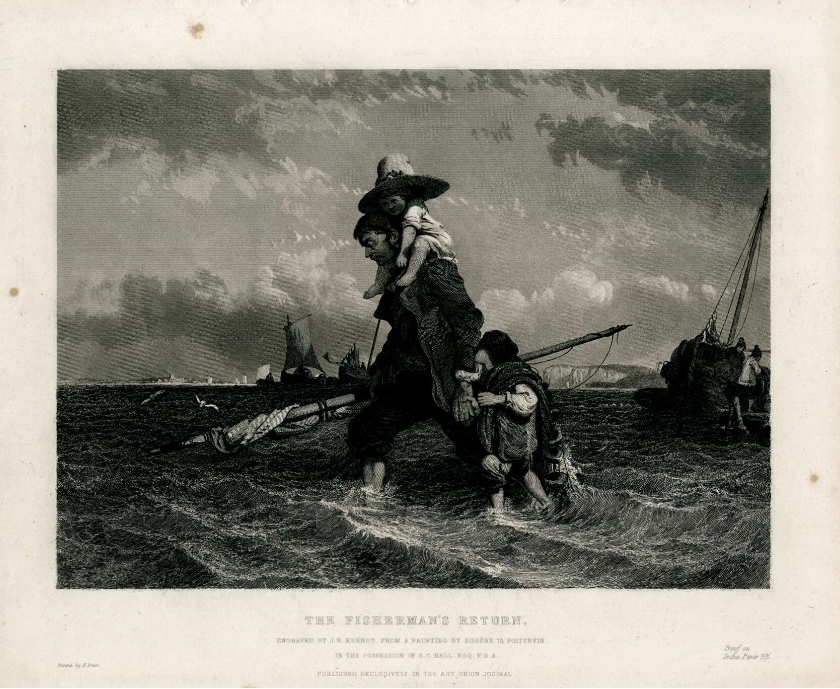 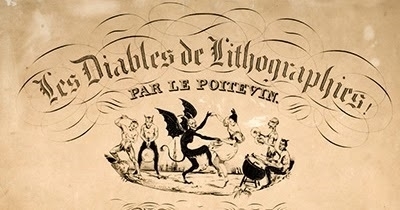 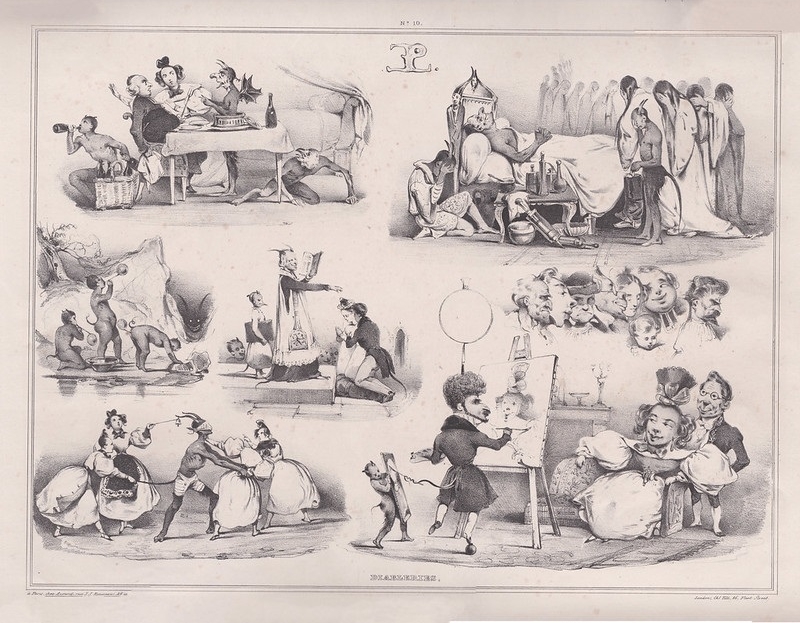 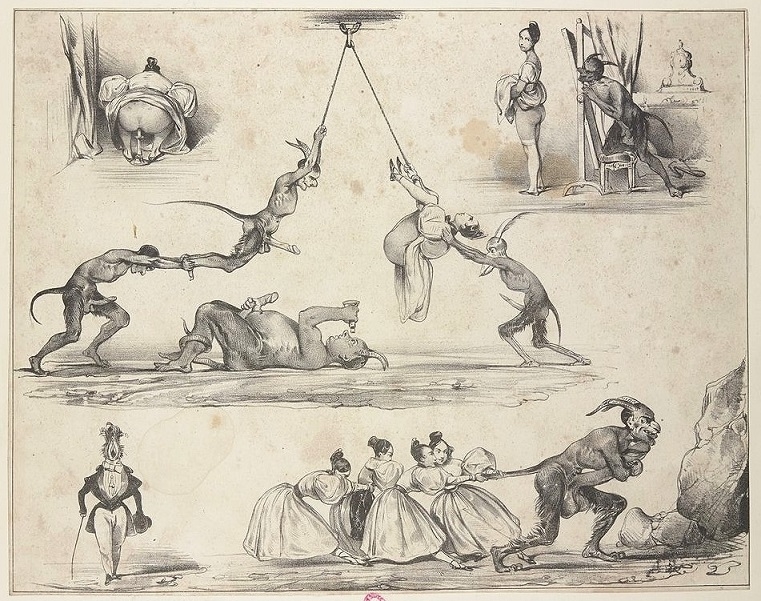 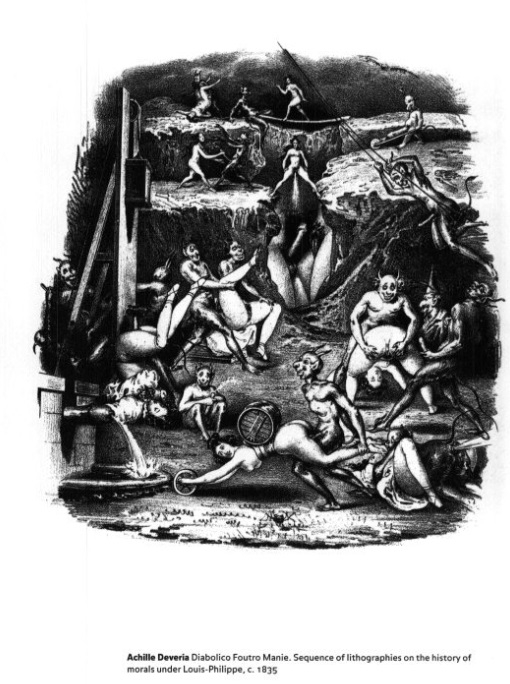 Fig. 8. Page from Erotica Universalis with a lithograph attributed to Devéria 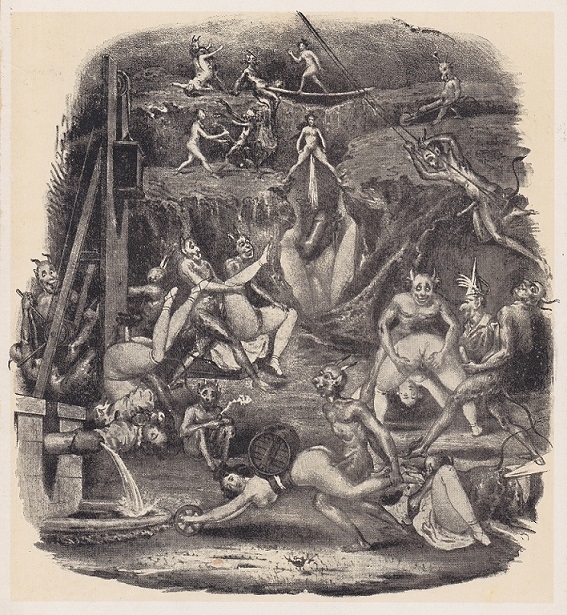 Fig. 9. The same lithograph from shishigami.com

The attribution gets more complicated due to the censorship destruction of these works. The problem was not even in obscenity but mainly in the sacrilegious tone of pictures with genitalia on the cross and other inappropriate details. Lepoittevin’s album “Charges et discharges diaboliques” drawn for Guerrier in 1830, was condemned for destruction by the judgment of the Court of Assizes of the Seine, dated April 29, 1845. 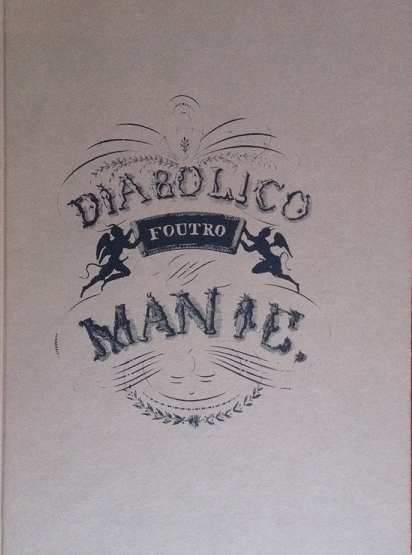 Fig. 10. The cover of the book attributed to Achille Devéria (presbytere.typepad.com) 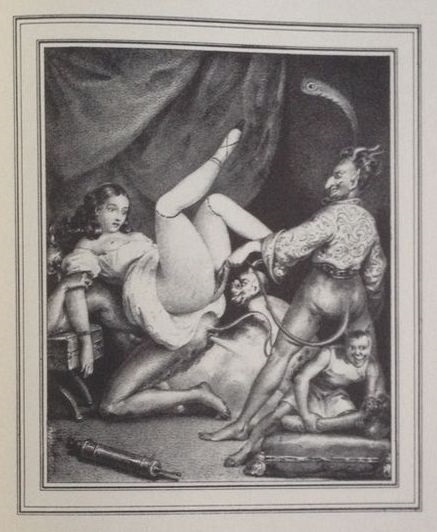 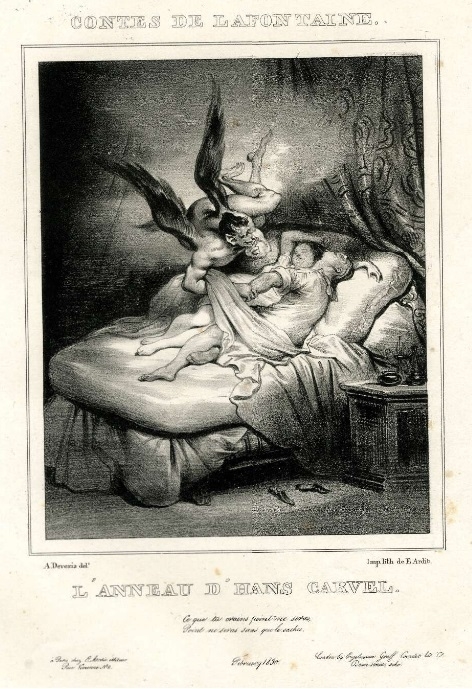 Gilles Néret opens the chapter devoted to Devéria, Lepoittevin, and Fendi with an interesting remark on the medieval and romantic visions of the devil. The medieval one made the devil a participant of a theological argument on God, world, good and evil. We also can refer to the medieval legend about Faust, who sold his soul to Mephistopheles hardly because he wanted to seduce Margaret as in Goethe’s poem. The original character interacted with the devil because of his willingness to learn the arcana of the universe. The romantic vision has its’ ground in the pagan cults of Priapus and Pan. At first sight, this statement seems to be logical enough. However, the cultural history proves its’ wrongness because the integration of pagan and Christian literature began already in the later years of the medieval period (e. g. in Divina Commedia). 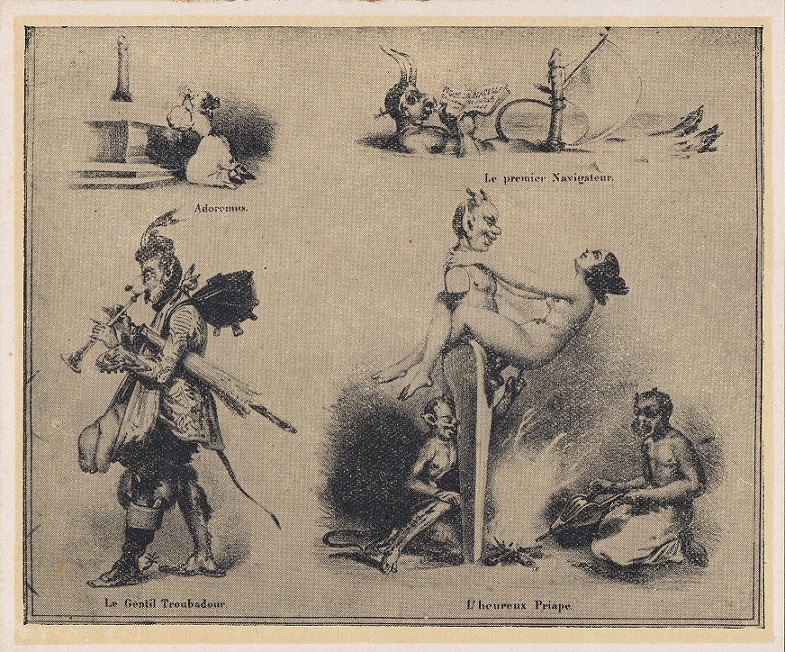 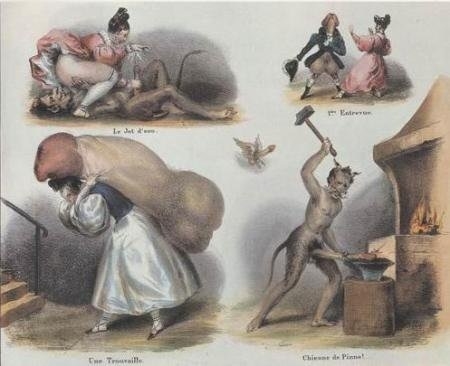 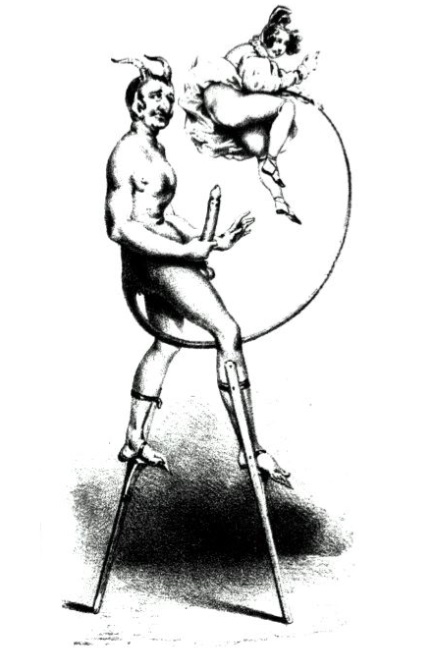 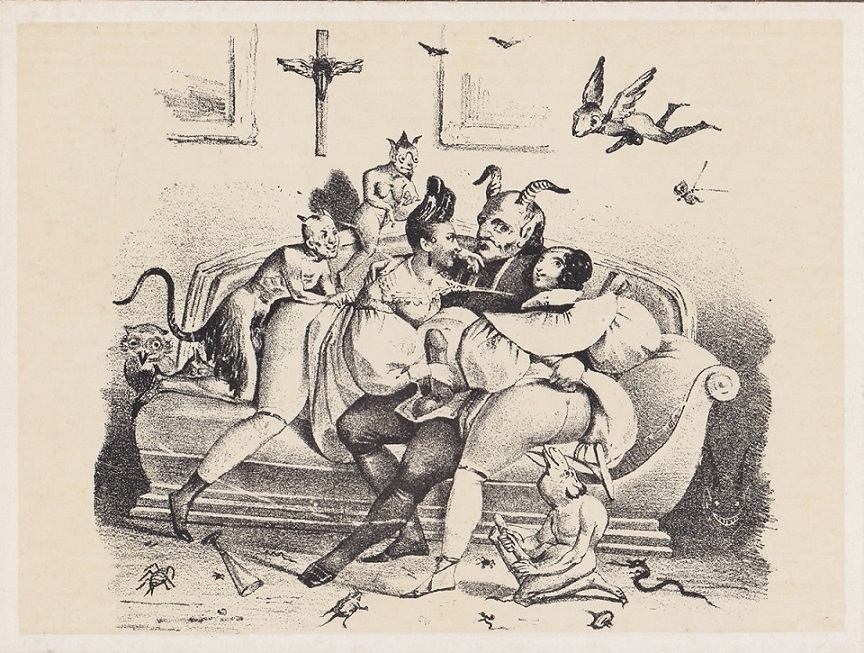 Fig. 17. Lithograph attributed to Lepoittevin with a vulva on the cross (shishigami.com) 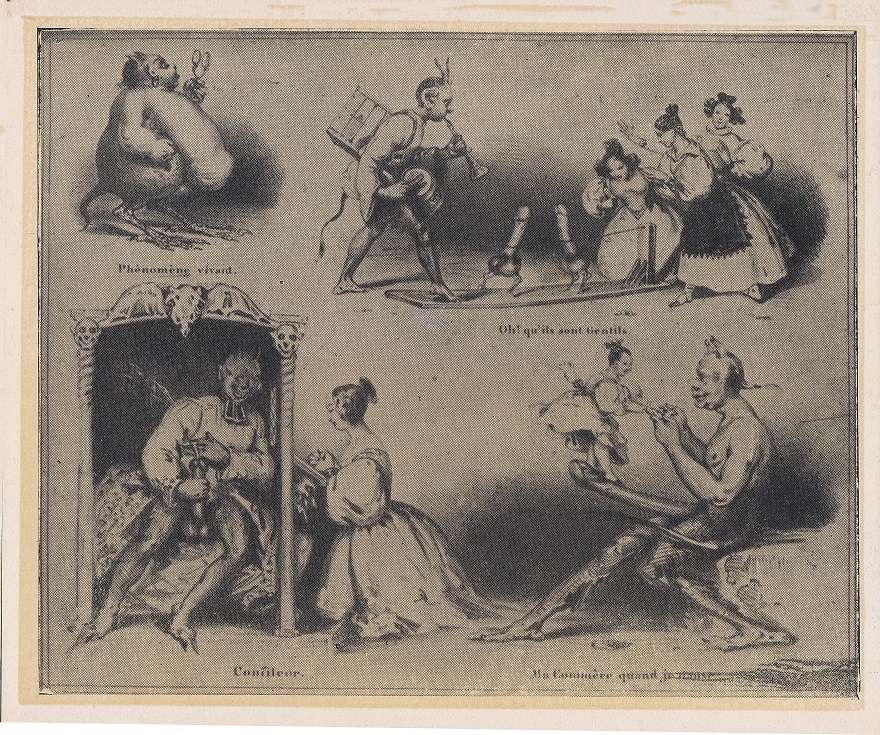 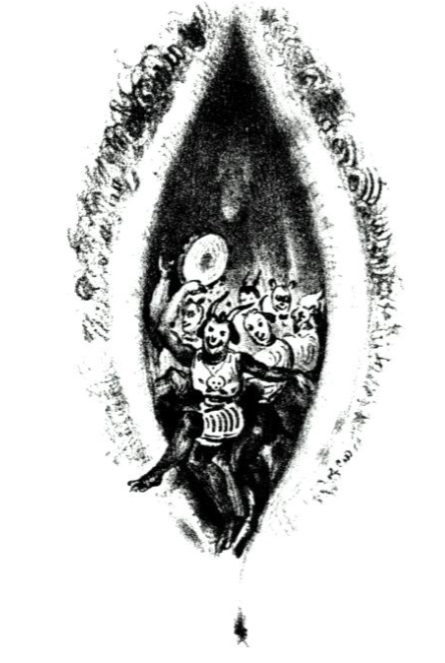 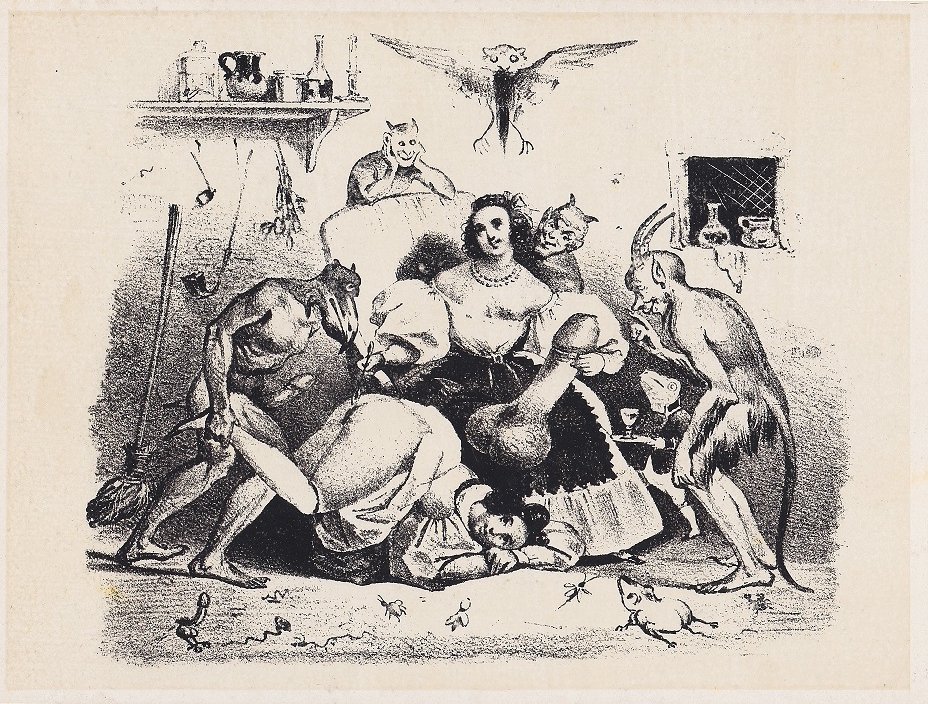 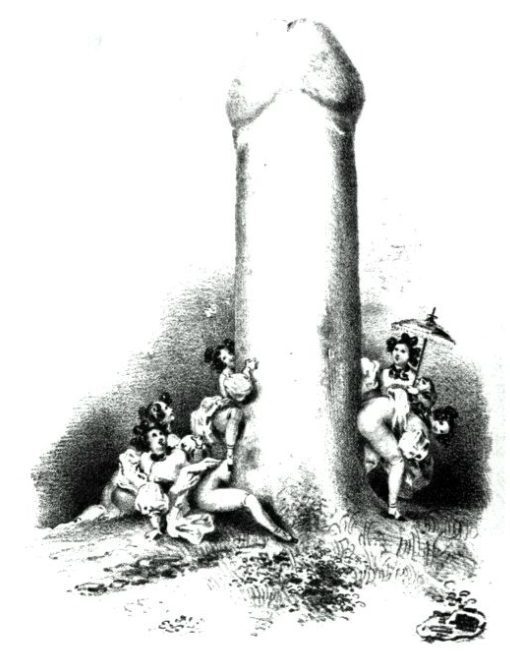 Fig. 24. Central drawing: “Everyone shall have one!” (shishigami.com) 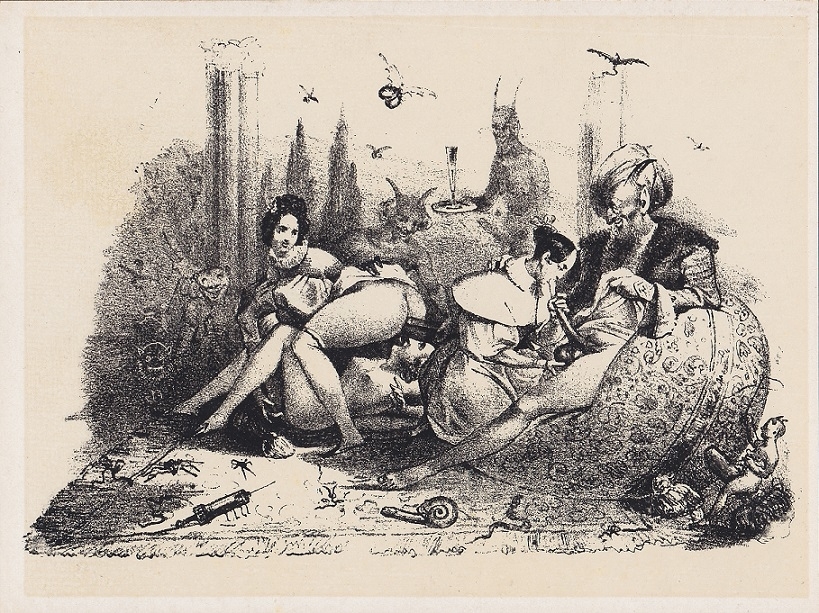 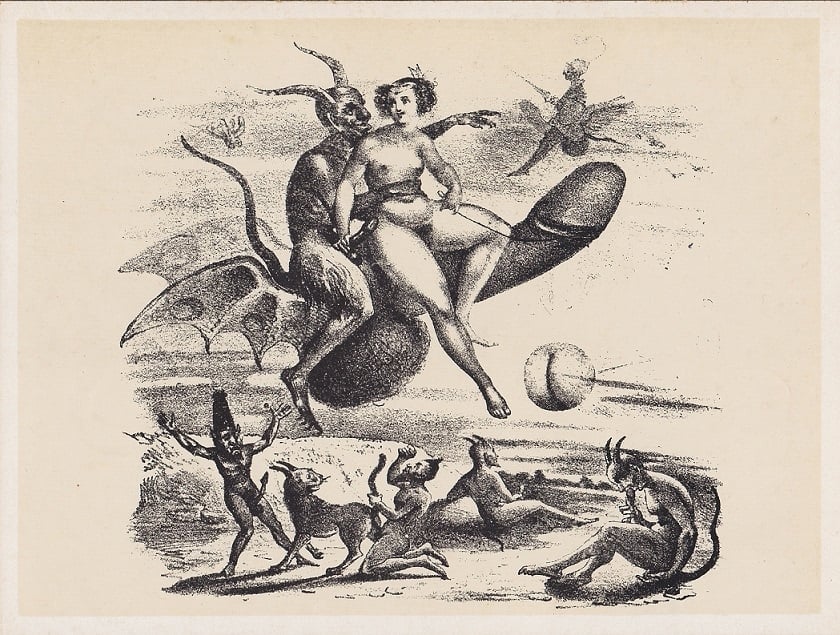 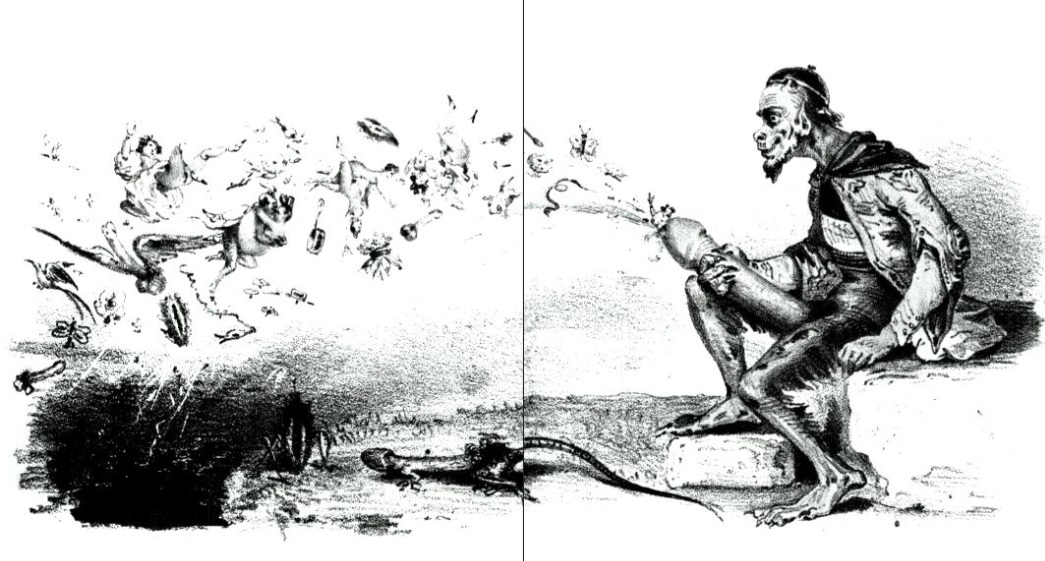 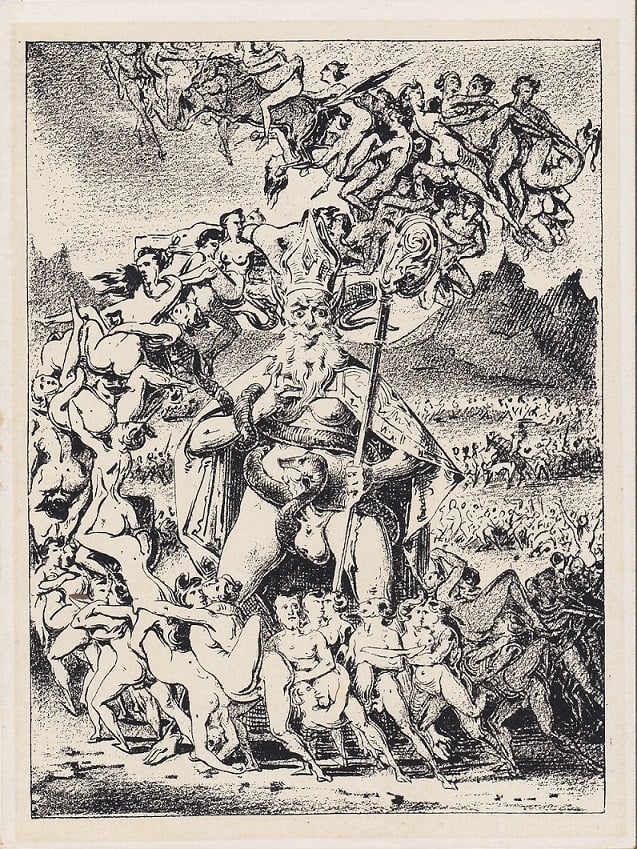 Fig. 30. The lovers’ whirlwind with Priapus/Satan at the center (shishigami.com) 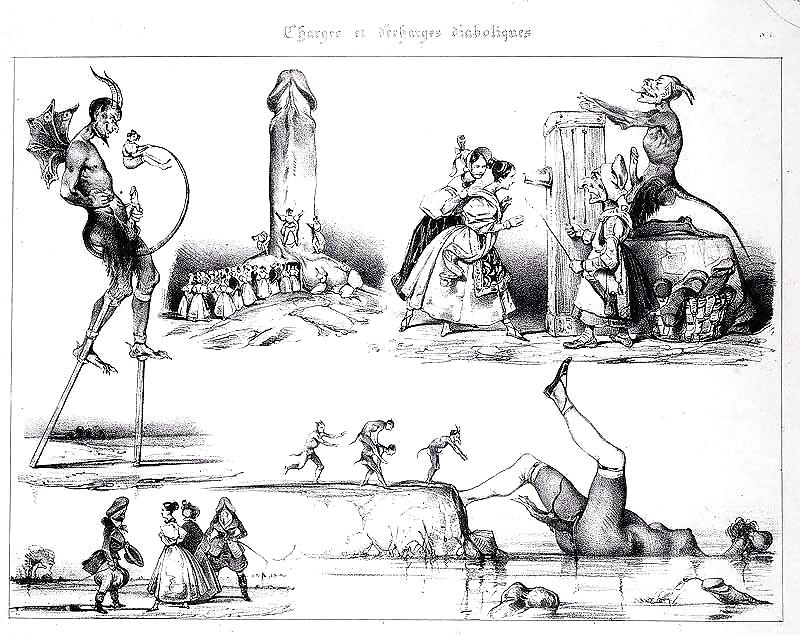 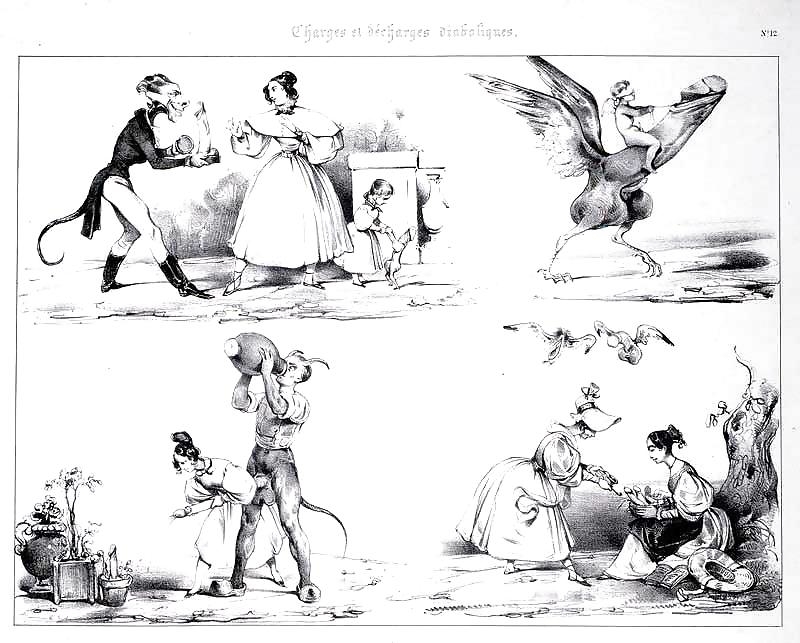 Click HERE for an article that juxtaposes shunga designs and Martin Van Maële’s satiricial ‘The Great Dance Macabre Of Life’….!!

Let us know your thoughts on this article in the comment box below…!!