The Libertine Voluptuousness in the Engravings of Achille Devéria

The 19th century French painter Achille Devéria (1800-1857) was the son of a civil employee of the navy. Apparently, his family was blessed with artistic genes because his younger brother Eugène Devéria also became a painter, who worked in the then popular Romantic style. 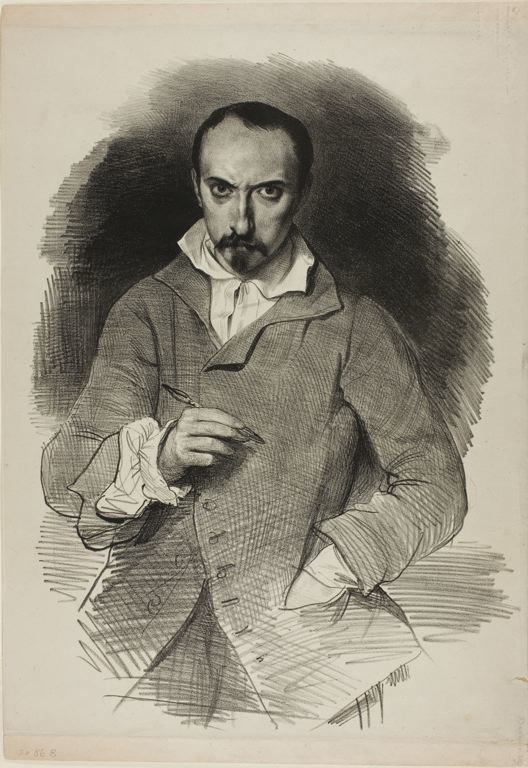 Besides his numerous lithographs, Devéria also produced watercolors with portraits of famous writers and artists. The French poet Charles Baudelaire (1821-1867) described his portraits as a depiction of “all the morals and aesthetics of the age.”

Later in his life (in 1849), Devéria was assigned as the director of the Bibliothèque Nationale’s department of engravings and assistant curator of the Louvre’s Egyptian department. He was friends with Edgar Degas’ father (himself an amateur painter and connoisseur), and permitted his talented son to copy from the drawings of the Old Masters there Rembrandt, Dürer, Goya, Holbein. In his position, Devéria often traveled to Egypt, and that is also where he will die in 1857.

Figures 2 to 8 are from the book ‘La condesa Gamiani‘… 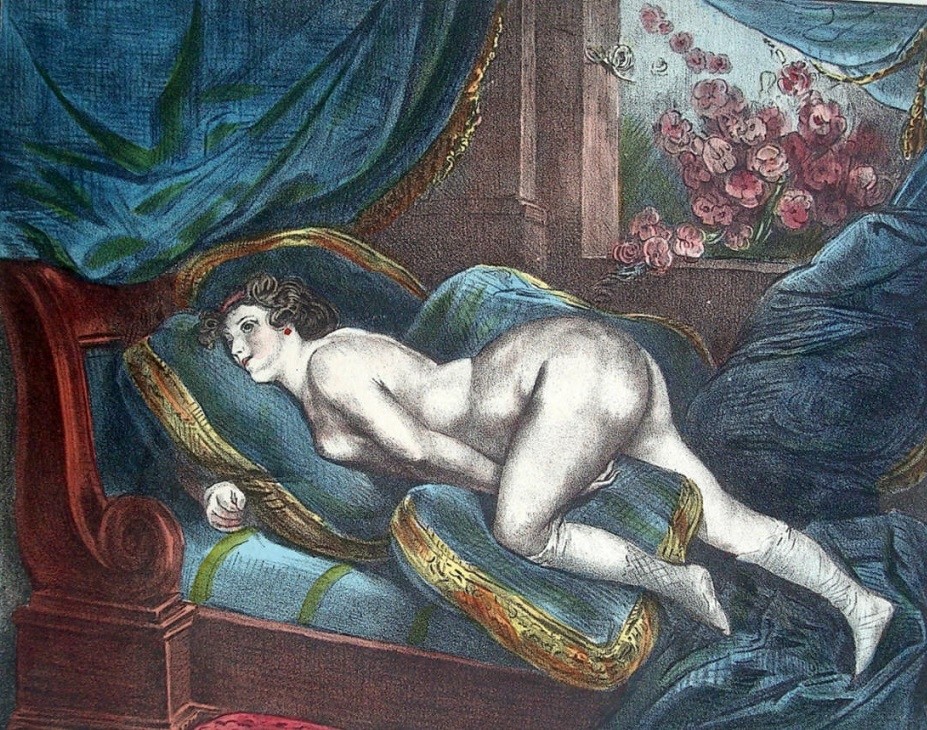 Fig.2. ‘Female playing with herself using the pillows on the bed‘ 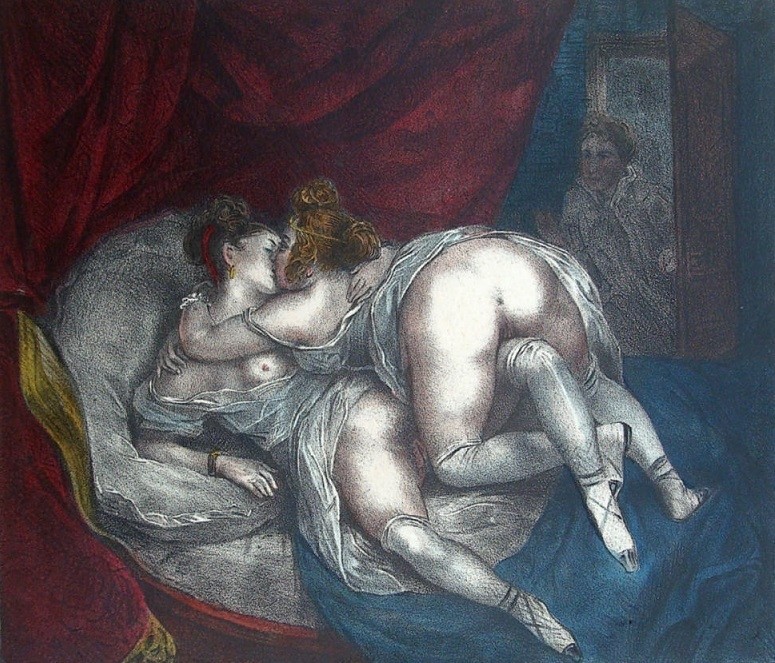 Fig.3. ‘Lesbian rendezvous between two maids watched by an older lady standing in the doorpost‘ 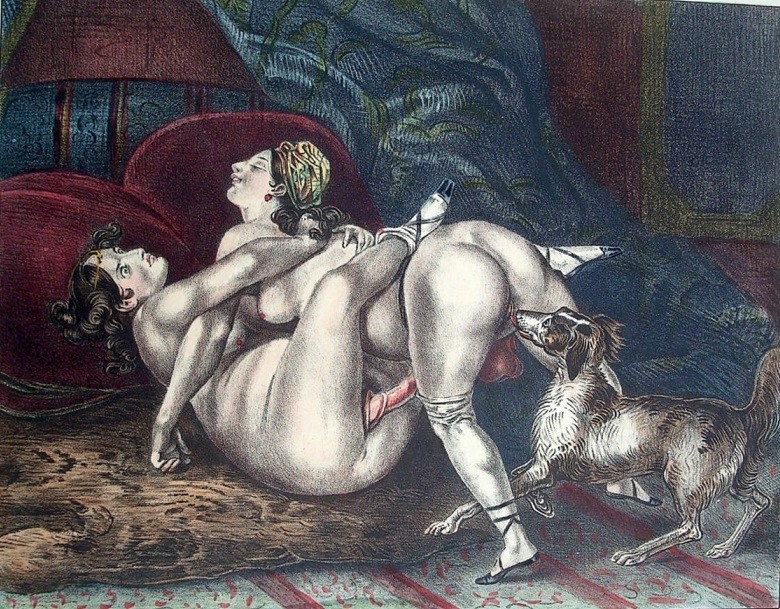 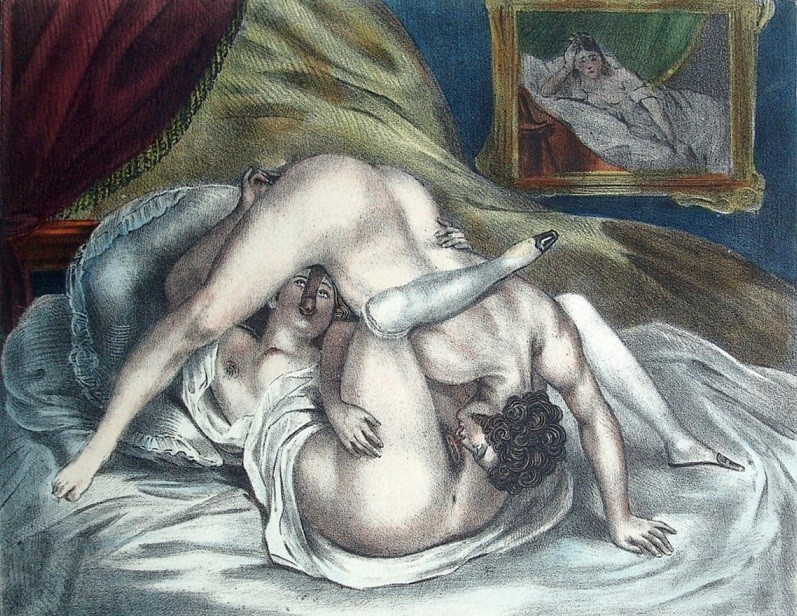 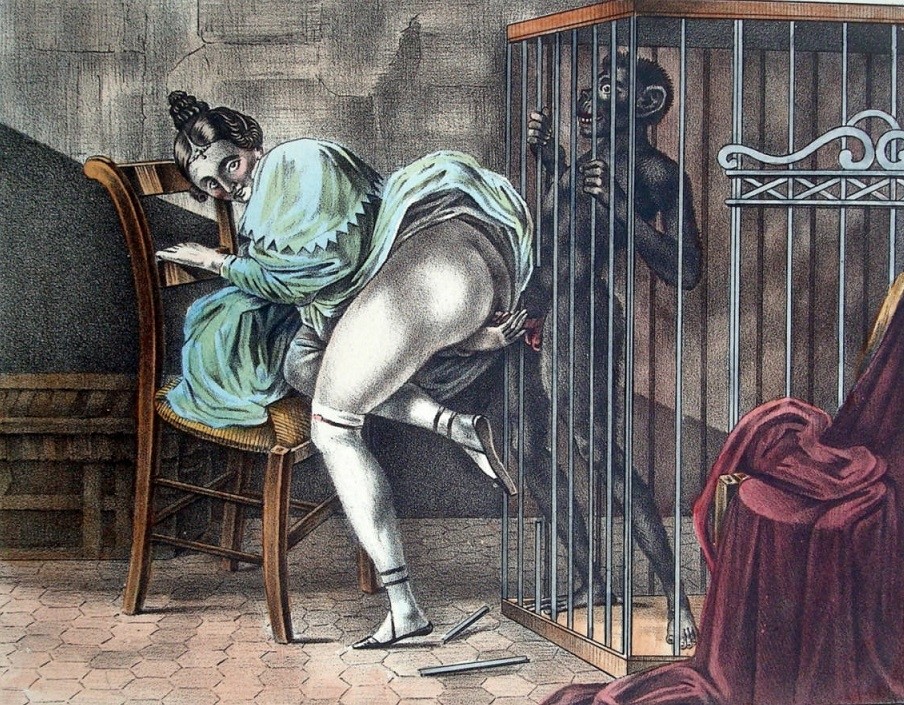 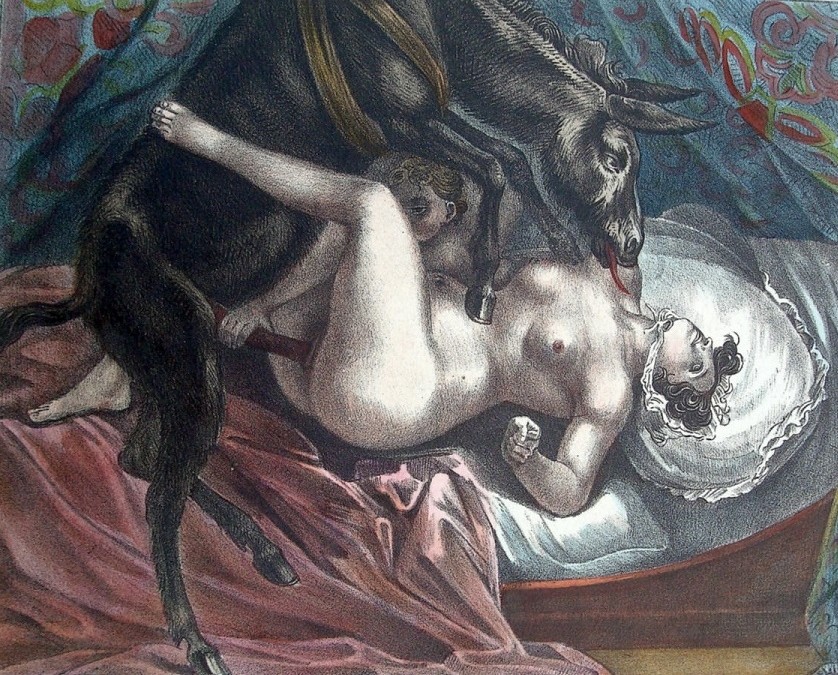 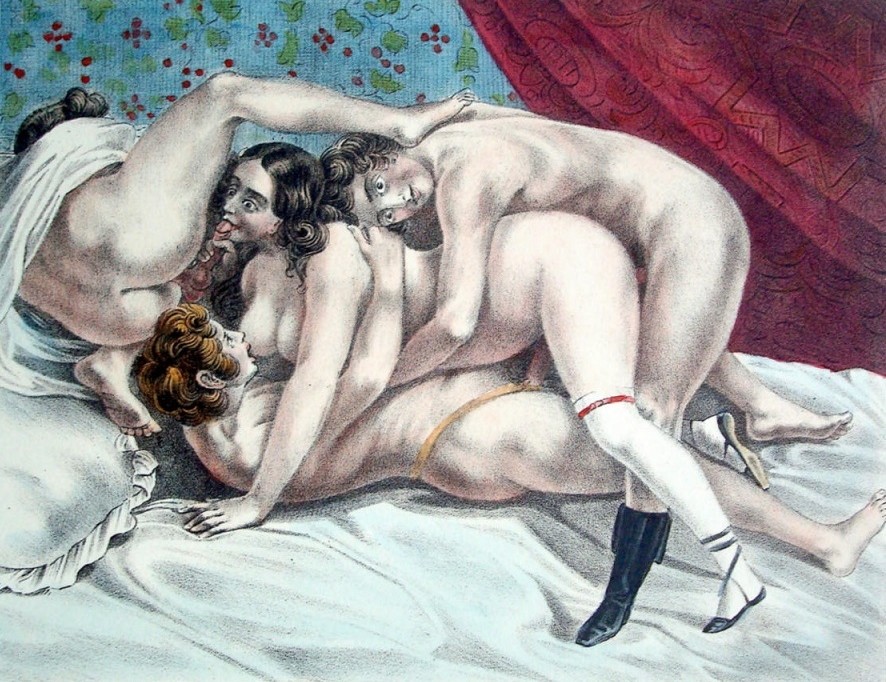 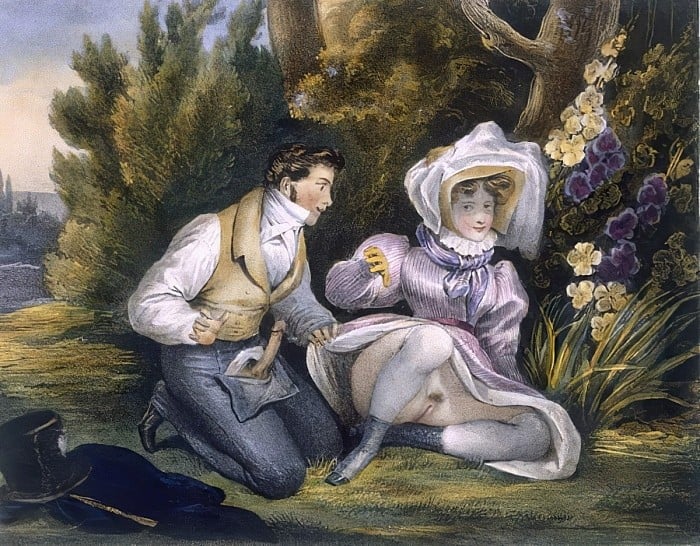 Fig.9. ‘Romantic encounter in the forest‘ 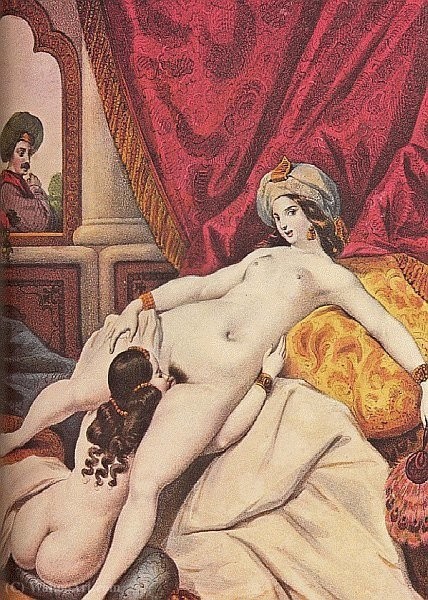 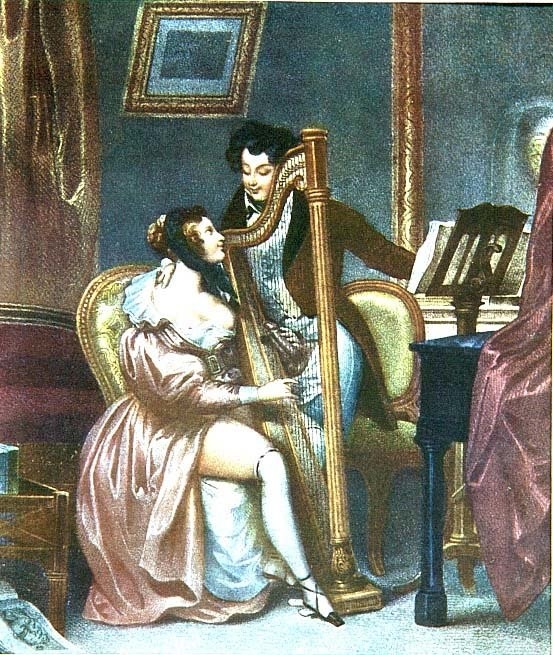 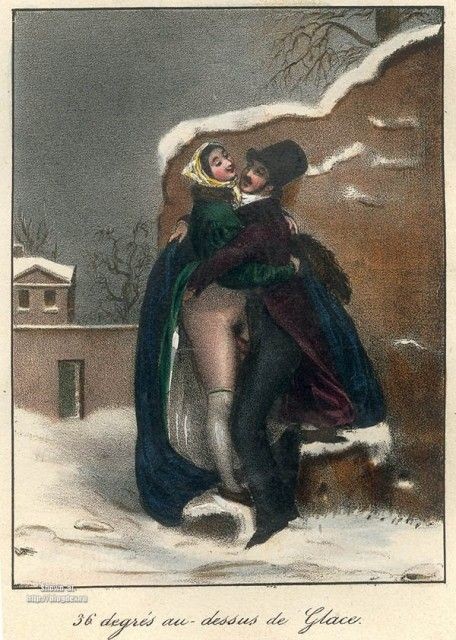 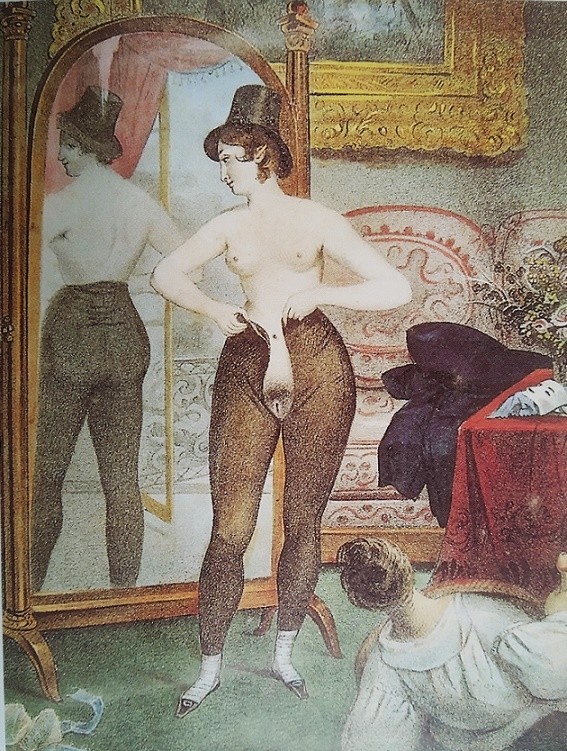 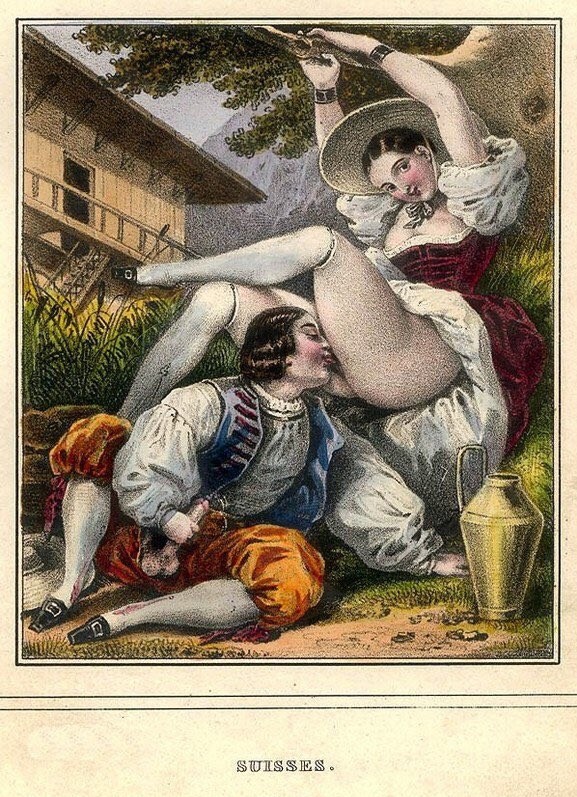 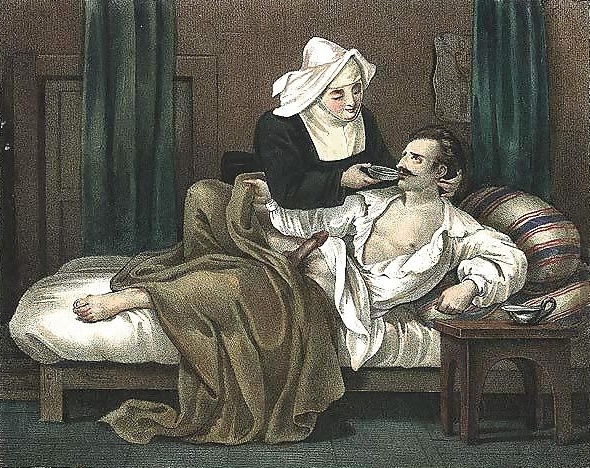 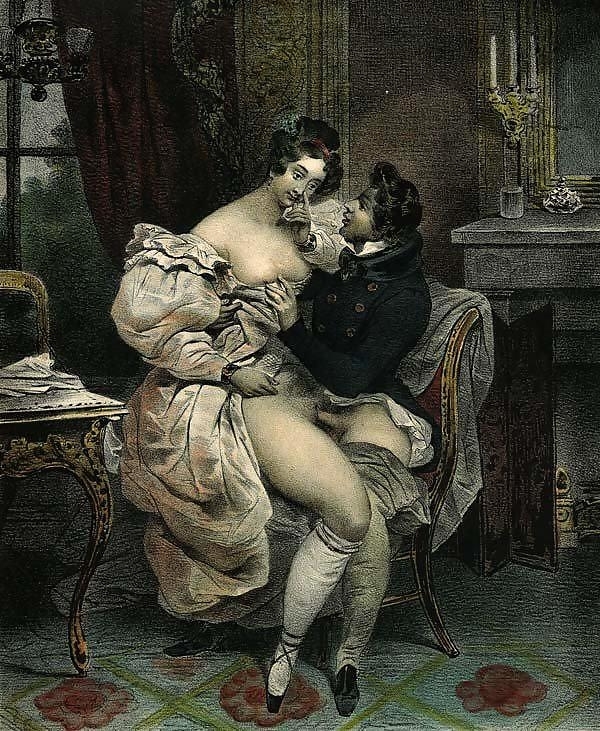 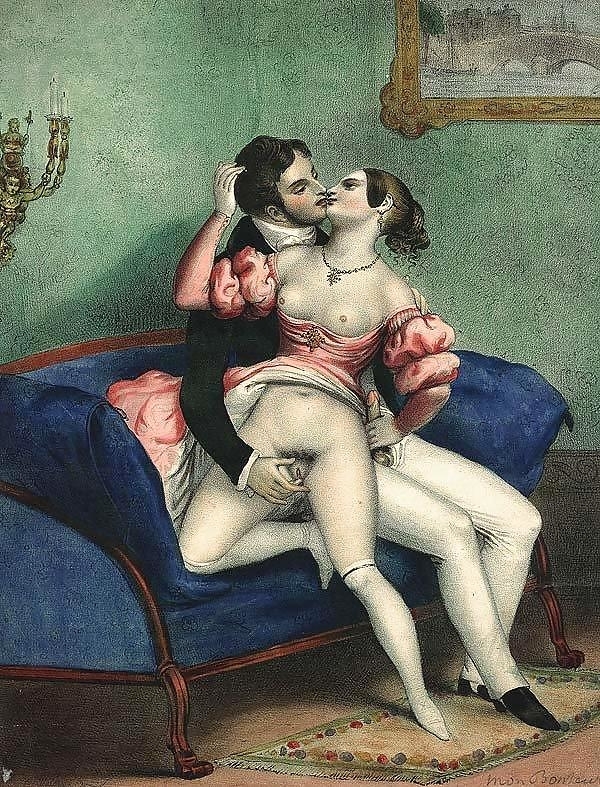 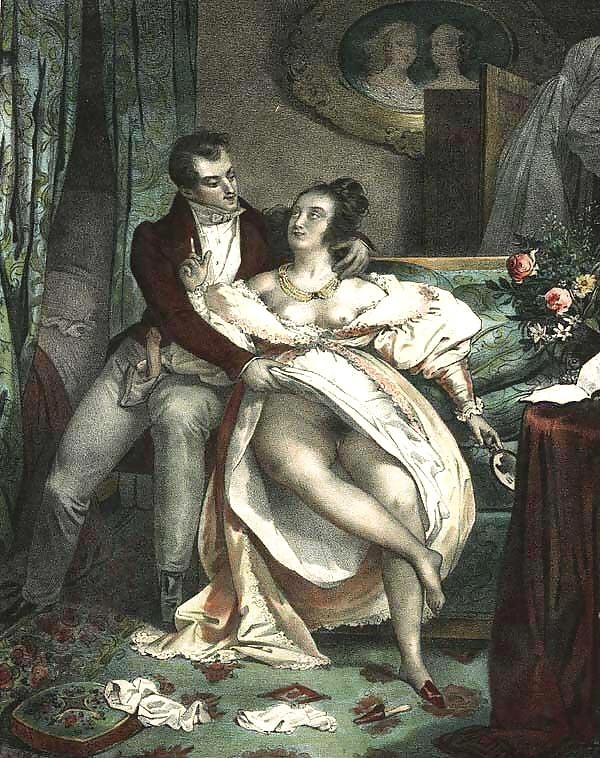 We dedicate ourselves to include content on interesting topics that will be appreciated by our visitors and members. Please advice us if this article meets your expectations in the comment box below..!!

Fig. 7 probably was inspired by a scene from "Metamorphoses" ("The Golden Ass") of Apuleius, where the main character was turned into the donkey and one wealthy lady loved spending nights with him.

Thanks a lot for the addition Darya, this could very well be the case

Could the 'caged black man' actually be a bonobo or chimp? I can't see the original image caption, but thought at the time it was common to refer to apes as men.

Thanks Hayley. I think it's pretty safe to say that it concerns a black native as Deveria's style is quite realistic (look at for instance at the donkey!) and the physical characteristics (and the pose) are i.m.h.o. more reminiscent of a human.