Instead of beautiful naked ladies, the most famous Dutch 17th century painter Rembrandt van Rijn (1606-1669) painted ugly peat diggers with the imprints of the garter still in the thighs.

Rembrandt’s portrayals of women evoked sharp criticism in his lifetime and in the successive centuries. Shortly after his death, the Dutch poet Andries Pels (1631–1681) already made comments about Rembrandt's replacement of the 'Greek Venus' for the 'vulgar peasant woman'. In the 18th century, the British writer Benjamin Robert Haydon (1786–1846) wrote that 'Rembrandt’s notions of the delicate forms of women would have frightened an arctic bear.’

Rembrandt was a fervent art collector and an admirer of the German painter and producer of woodcuts and copper engravings Albrecht Dürer (1471-1528), of whom he owned a portfolio of prints.

Dürer based his figures on Greek statues in order to accentuate that humans were created in God's image. Although Rembrandt took inspiration from the German artist's composition, he drew his figures in an unglorified manner, adding a layer of psychological depth to the narrative.

For example, Rembrandt's Adam and Eve from 1638 (Fig.6) lack the elegance and beauty of Dürer's figures (Fig.6a)  – their hunched posture and contorted faces suggests the pair is shown at a critical moment of decision. The level of suspense in Rembrandt's interpretation is also greater with the 'snake (dragon)' towering over the couple. 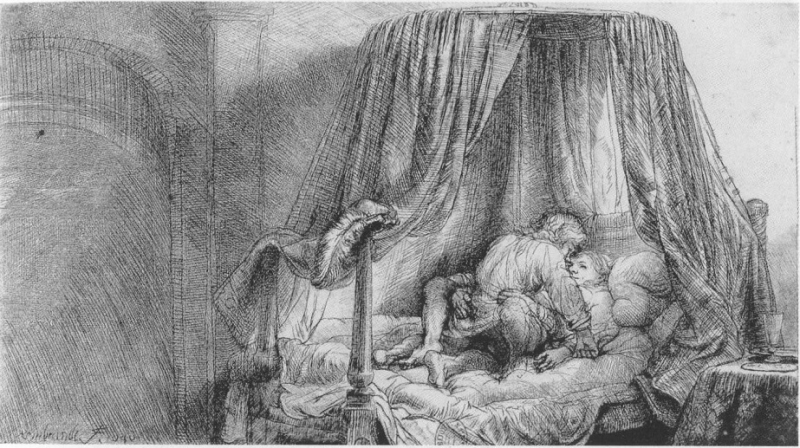 Fig.1. 'The French-style bed or Happy position (thought to be the artist and his wife), c. 1646 by Rembrandt van Rijn:

It is not impossible that Rembrandt's 'French bed' was intended as a riposte to such expressions of undisguised classicizing lust, with the athletic gymnastics of the Roman school being replaced with a 'mise en scène' far closer to reality. It is typical of his artistic approach to see a challenge in taking subjects with a certain tradition in art and giving them a twist of his own. In the final analysis, the visual ingredients of prints such as Raimondi's and Rembrandt's etching are not so very different.

A woman, a prostitute judging by her coiffure, invites a man who is lingering over a glass at the table, his head resting on his hand, to accompany her to the bed in a corner of the room. She has already picked up his plumed cap. Inserting drawing-like, drypoint accents, Rembrandt took great pains over the beret and feather. The velvety effects of this technique dominate the print, which - partly for this reason - is extremely rare 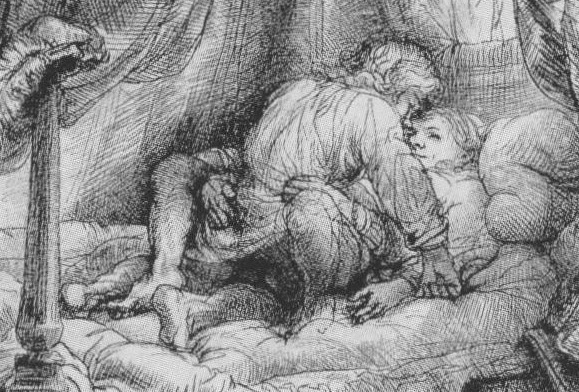 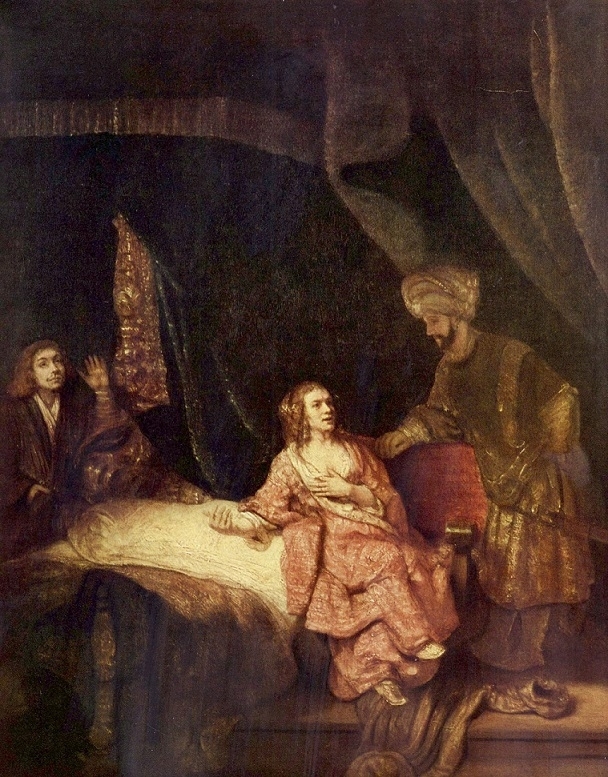 In 1655, Rembrandt painted Joseph and Potipliar's Wife (Fig.2) showing Iempsar, Potiphar's wife, falsely accusing Joseph of having violated her before her husband when she in fact had tried and failed to seduce him (Genesis 39:6-13). This attempted seduction had already formed the subject of an early etching of 1634 (Fig.2a), which is one of the artist's frankest depictions of carnal lust. 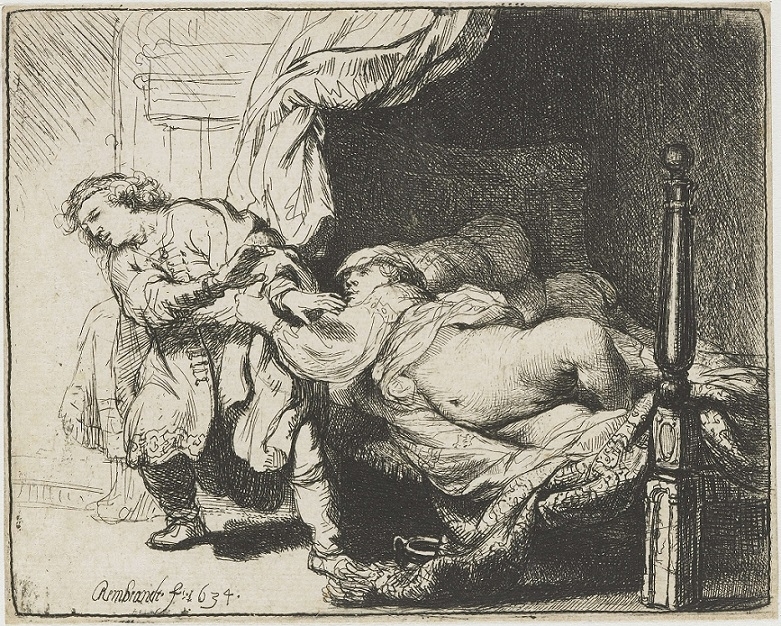 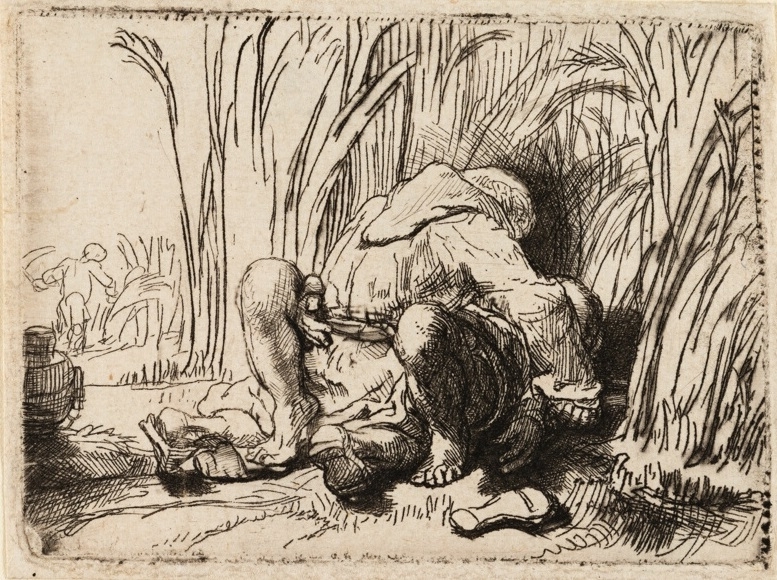 This is one of the most erotically charged etchings Rembrandt produced in the 1640s (Fig.3) in which the sinful monk and receptive milkmaid are in a similar pose as the couple in figure 1. The etched suggestion of a farmer with a scythe in the background reinforces the temporary nature of their haven in the wheat field and emphasizes the voyeurism of the viewer. 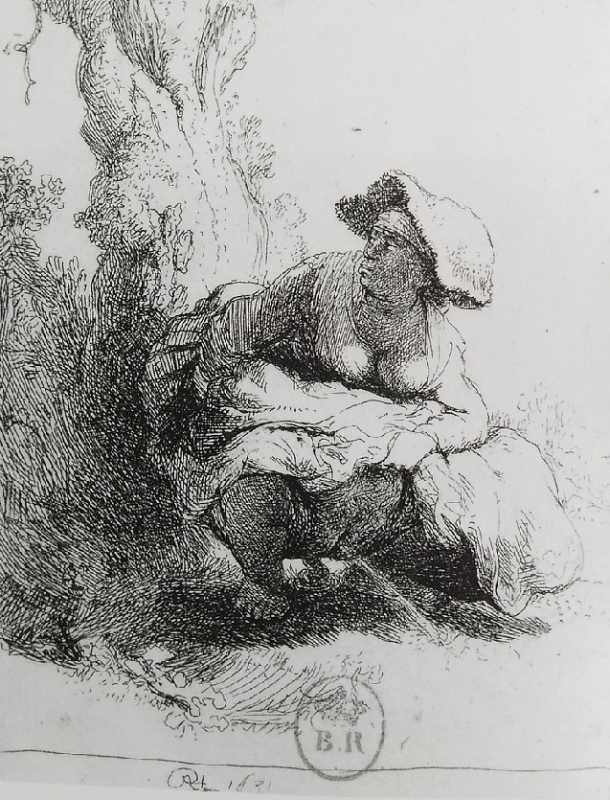 Art historians think that Rembrandt made these etchings (Fig.4 and 5) in response to Jacques Callot's series Capricci di varie figure di Iacopo Callot (image in Premium), in which a man is crouching and urinating in a pose very similar to Rembrandt's farmer's wife. 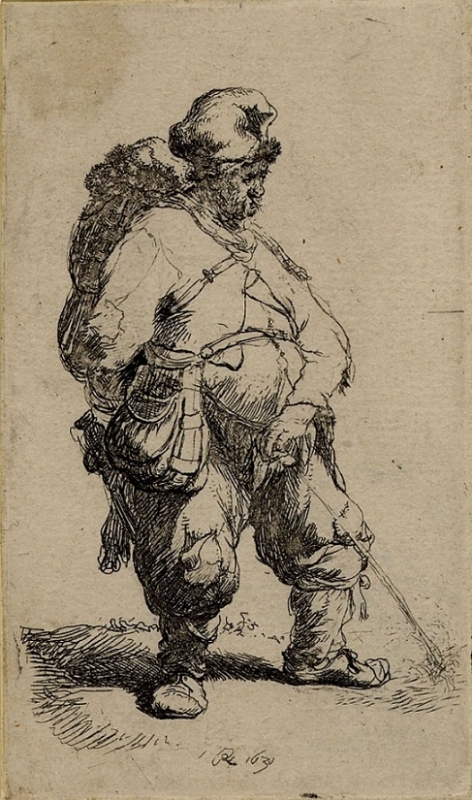 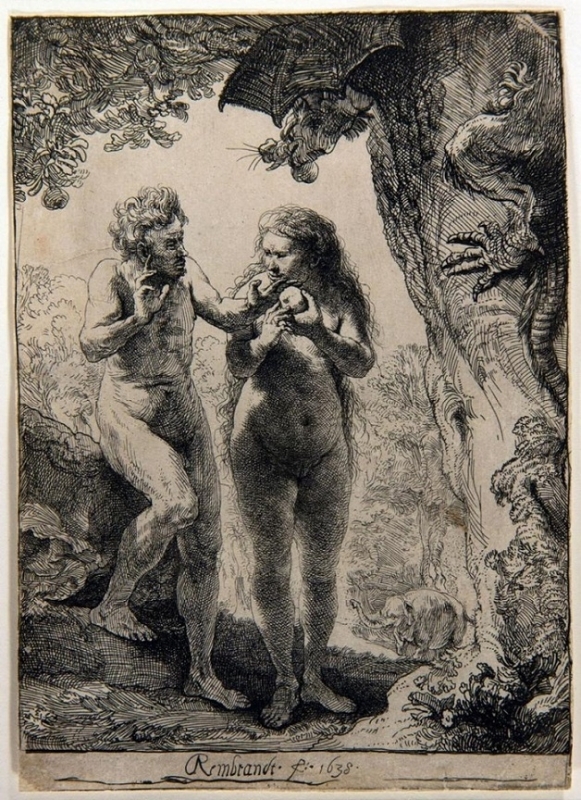 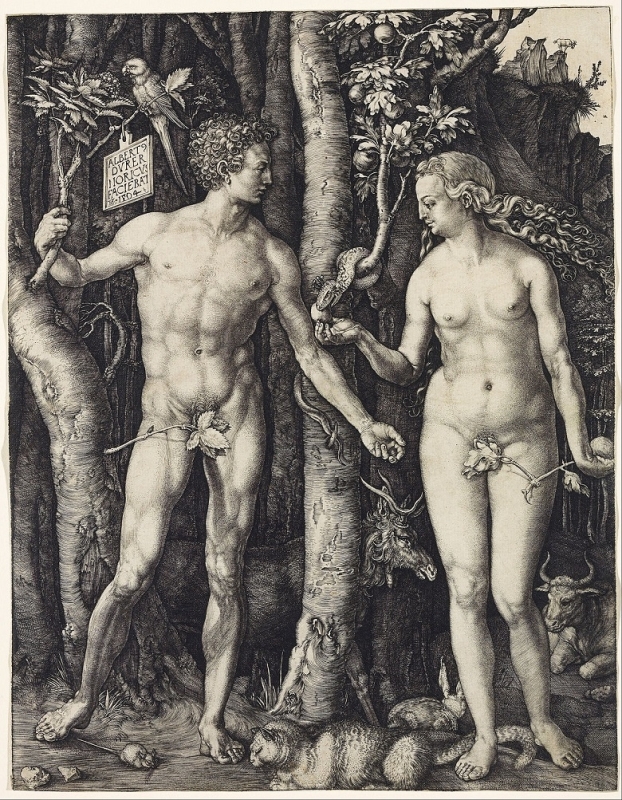 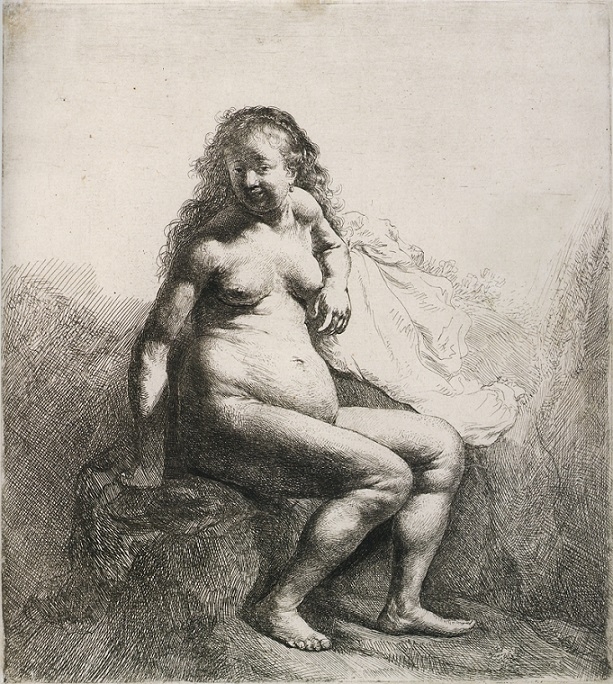 According to Harry Goodwin, author for the University of Cambridge's student newspaper, Varsity, 'The point of etchings like 'Naked Woman Seated on a Mound' (Fig.7) is that they are what they say on the tin, shorn of narrative detail or any biblical or mythological backstory, sexually subversive though they might have been for their time. This is all fair and well with regard to advancing a certain understanding of the human condition, but these works lack the mind-bending combination of illusionless realism and unmistakable personal style which provides the aesthetic fascination of Rembrandt’s paintings.'

What do you think about the risky etchings of Rembrandt? Leave your reaction in the comment box below...!!

24 Covers of Der Spiegel With Unnecessary Tits, Part One
28 maart 2022