Ladislav Postupa (1929-2016) was a Czech photographer initially working as a designer. His photography was inspired by structuralism, dadaism, and surrealism, and it is highly competitive with the works of prominent European masters. 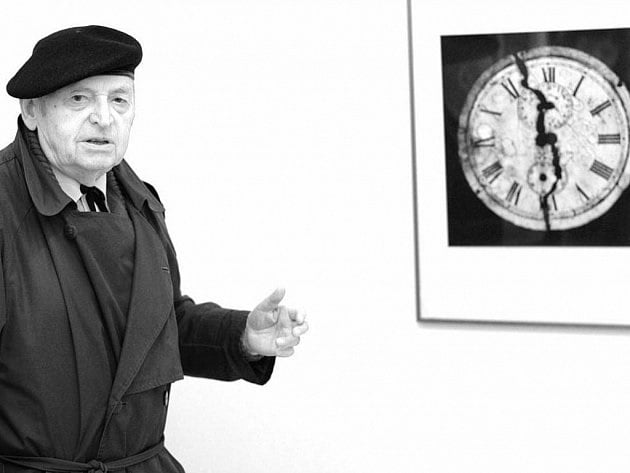 The Beauty of Utility

Ladislav Postupa was born in Náchod, a town in the Hradec Králové Region of the Czech Republic. He studied at the Higher Industrial School of Civil Engineering in Liberec. In the future, his education would allow him to combine photography and design. He would patent furniture design applying photography and also use it as an interior decoration. The turn to art happened in the 1950s. Postupa decided to devote himself to professional picture-taking, probably being influenced by his elder contemporary Vilém Reichmann. The first photographs were published in 1959. The artist’s adherence to the avant-garde movement manifested in combining photography and graphics. Three years after initial publications, Postupa began exhibiting. He was one of the founders of the Studio of Fine Art Photography in Liberec and a member of the Union of Czech Fine Artists. His works present in collections all over the world. 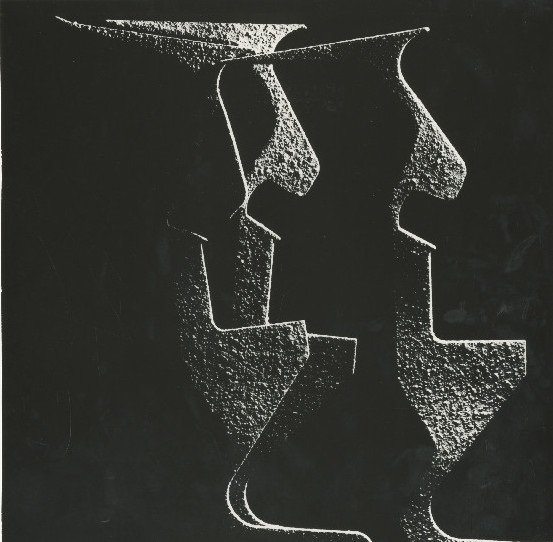 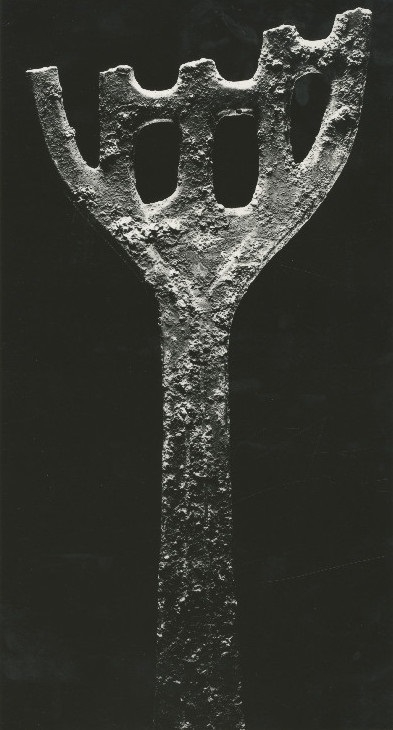 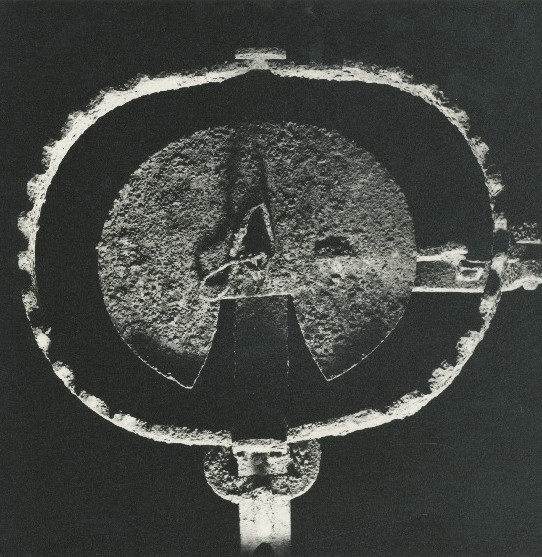 Karl Blossfeldt of the Industrial Era

Having undergone his studies in industrial engineering, Postupa was fascinated with the technical world and its’ mechanisms. As a photographer, he took them out of context to turn ordinary pieces of machinery into something else. Seen through the camera of Postupa, iron stems and sheets become plants from another planet. Liberated from being present-at-hand, as Heidegger would say, metal constructions change their look and shift to hardly recognizable and often unrecognizable forms of still life. The border between the organic and the artificial doesn’t exist in Postupa’s works. His close look at the scrap metal resembles the botanic albums of the German photographer Karl Blossfeldt who designed a special camera to get a zoomed view of magnificent organic diversity. Although Postupa himself claimed that his role model was Vilém Reichmann, the works of the latter are close to abstract paintings by Jackson Pollock. At the same time, Postupa’s photography contains the spark of an almost scientific approach. 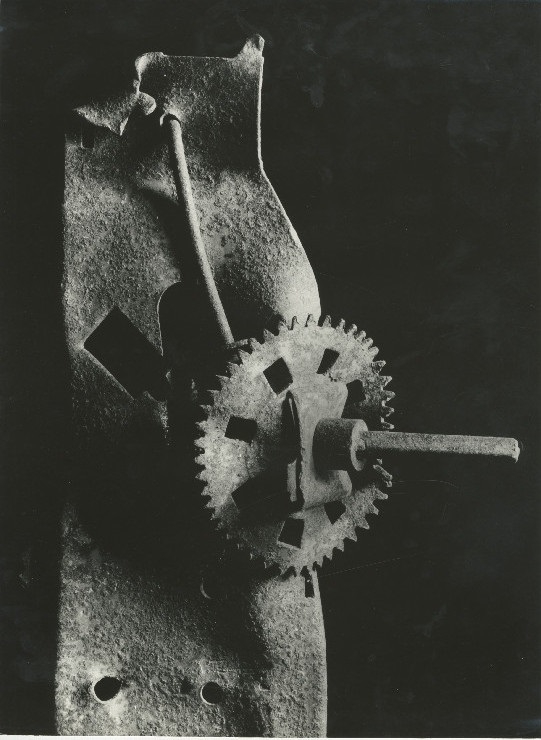 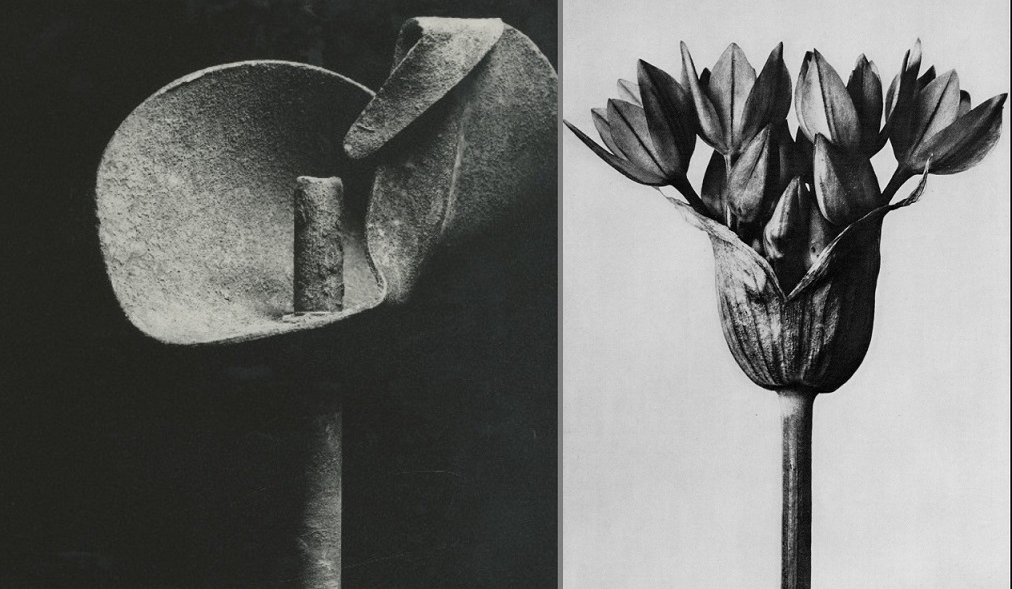 Working both with inanimate matter and living beings, Ladislav Postupa offers a rich field of associations to the viewer familiar with works of Man Ray, Lucien Clergue, Edward Weston, Eikoh Hosoe, and Kansuke Yamamoto. He exploits all possible means to create his otherworldly shots: light and shadow, composition, graphics, combining two different pictures, taking another view angle. When it comes to female nudes, Postupa treats them like his industrial plants. He abstracts the body parts from their actual “meaning” and plays with the light in such a way that the body and the image itself turn into a binary system of oppositions, as does the culture in the theory of structuralism. In his pictures, the black background contrasts with white skin, the straight line of the leg contrasts with the round shape of the breast (fig. 24). Some of the works get close to suprematism: the leg shapes a triangle, and the breast, shown separately, shapes a circle (fig. 25). Two elements, being parts of the female body, form an abstract composition, similar to those of Malevich and Kandinsky. 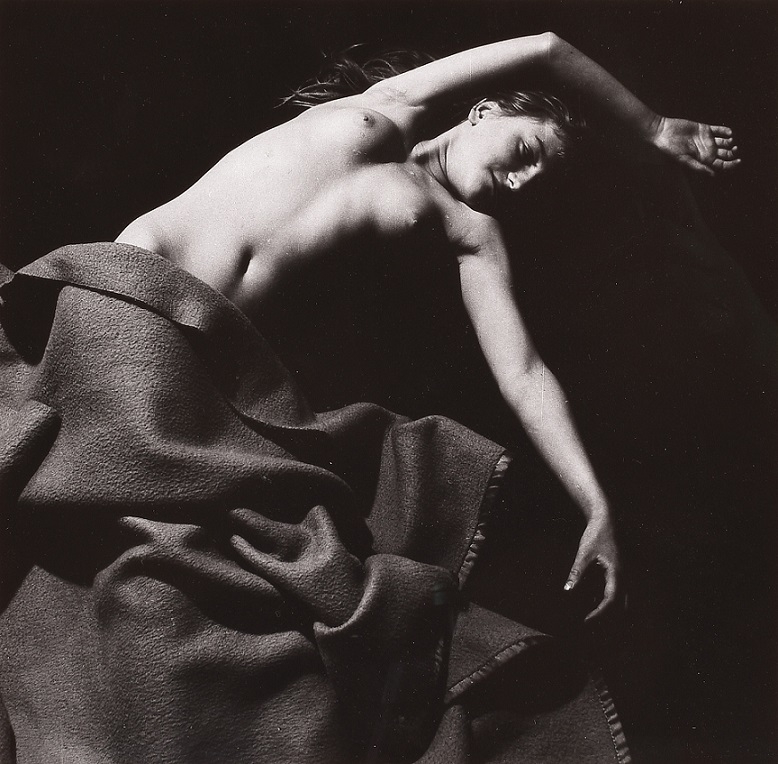 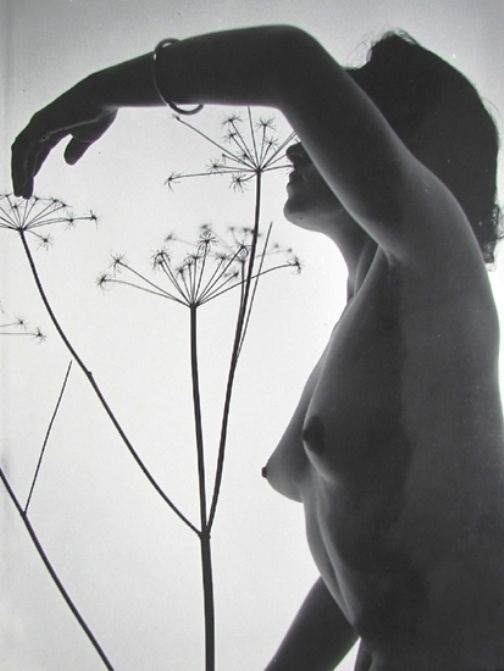 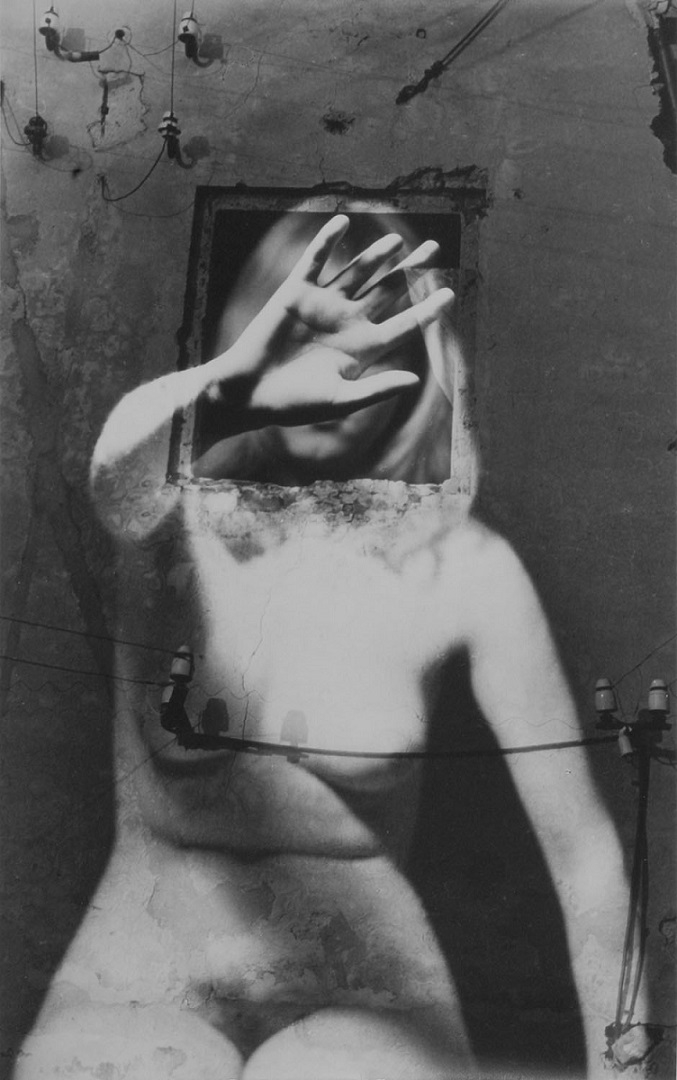 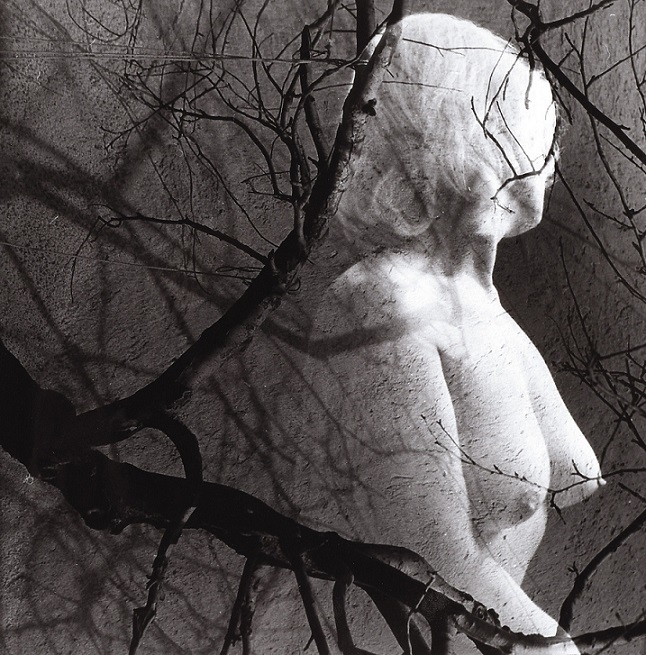 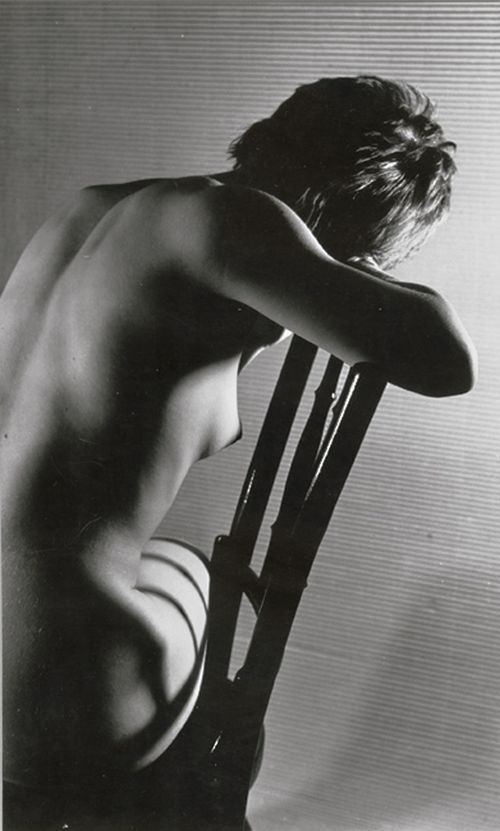 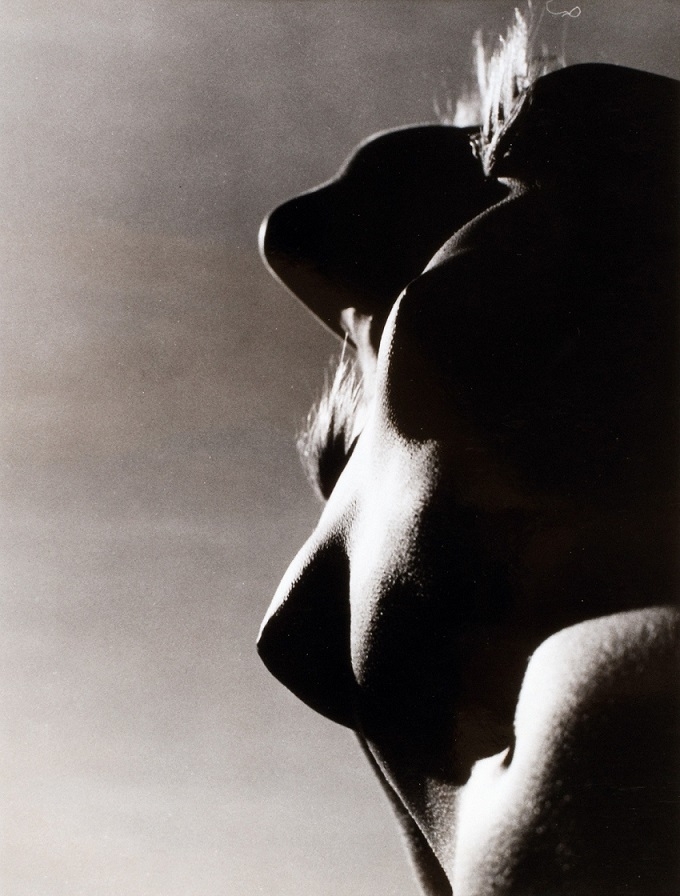 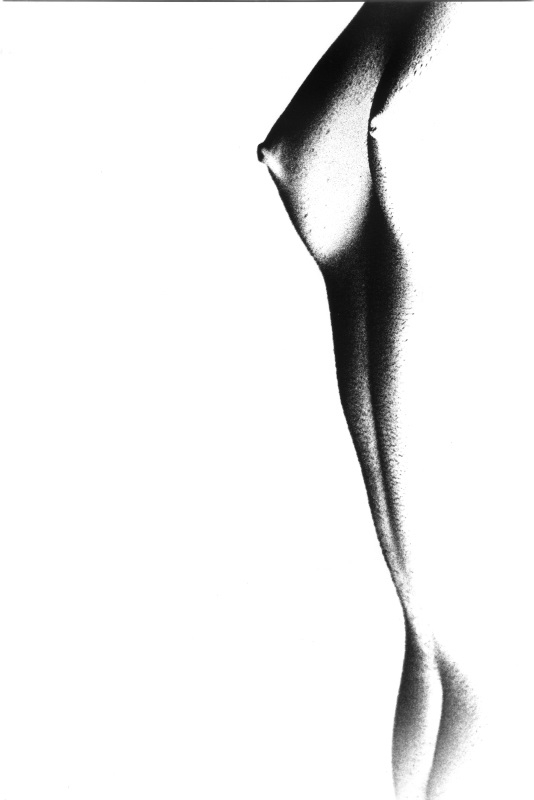 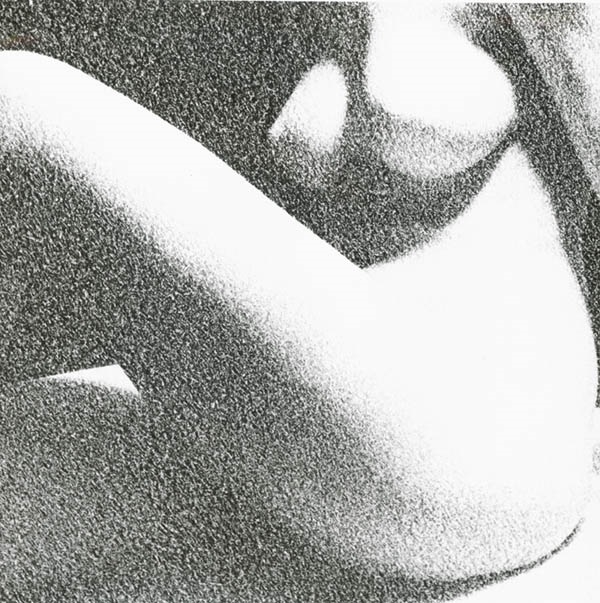 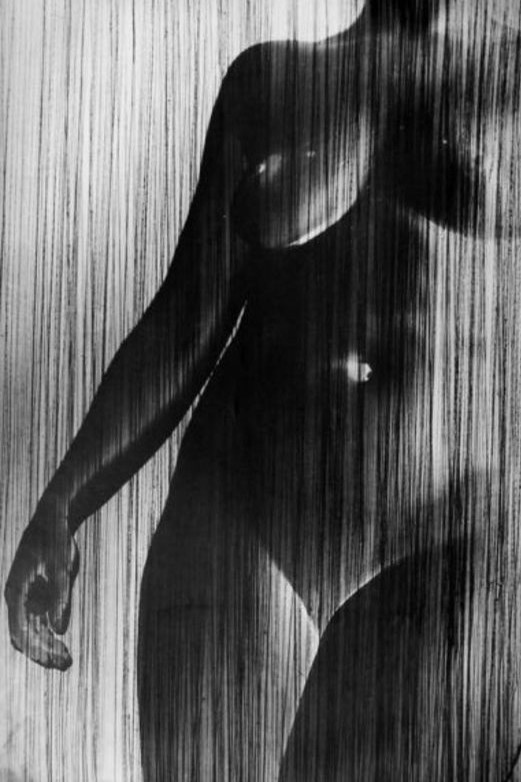 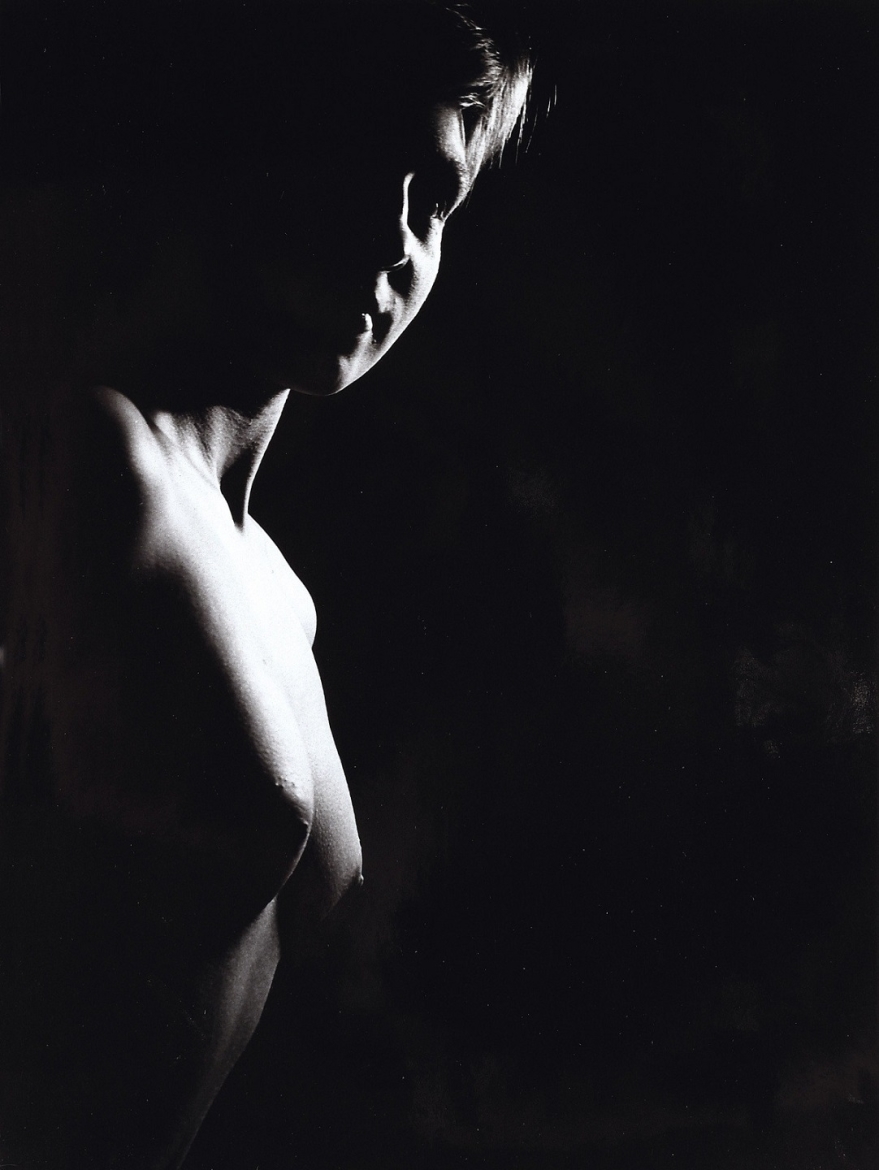 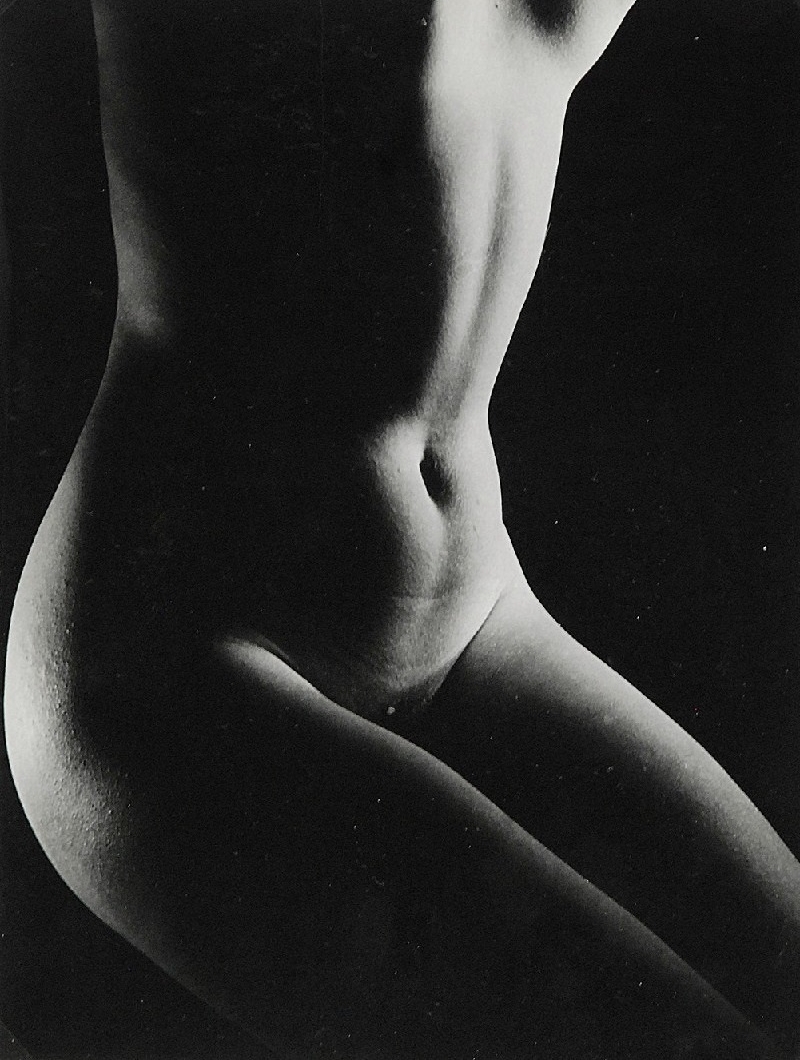 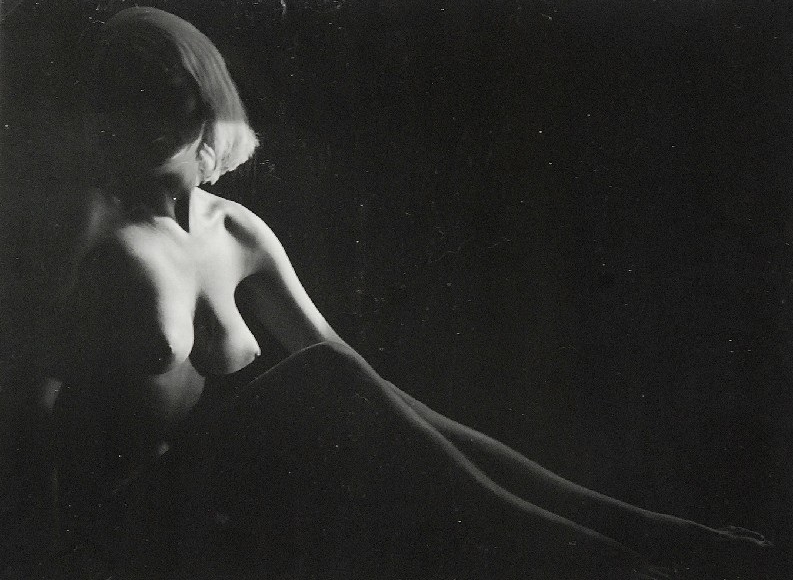 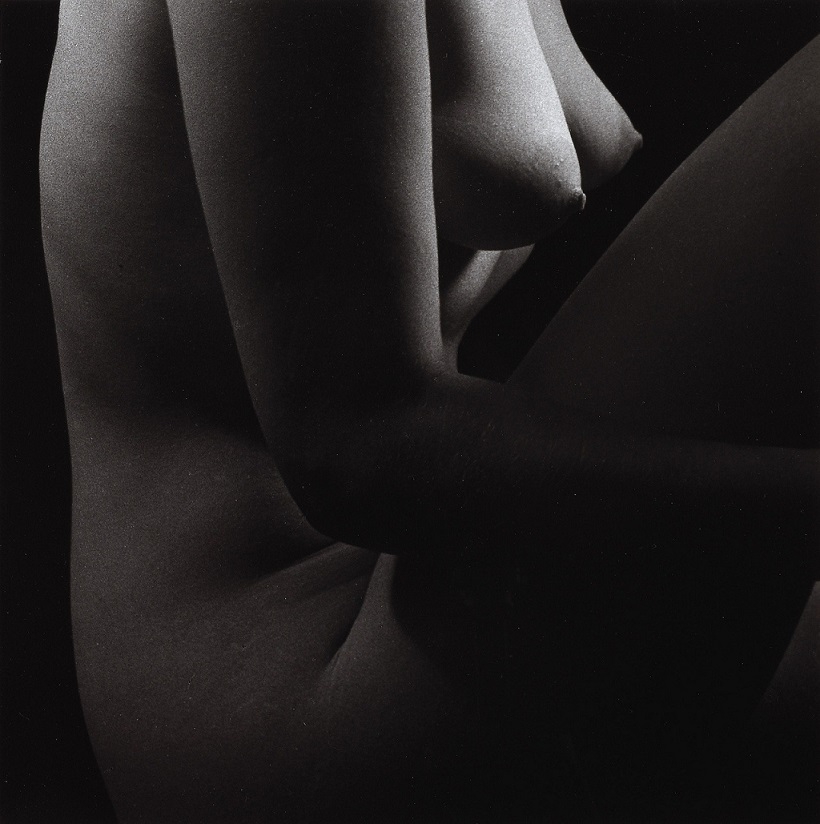 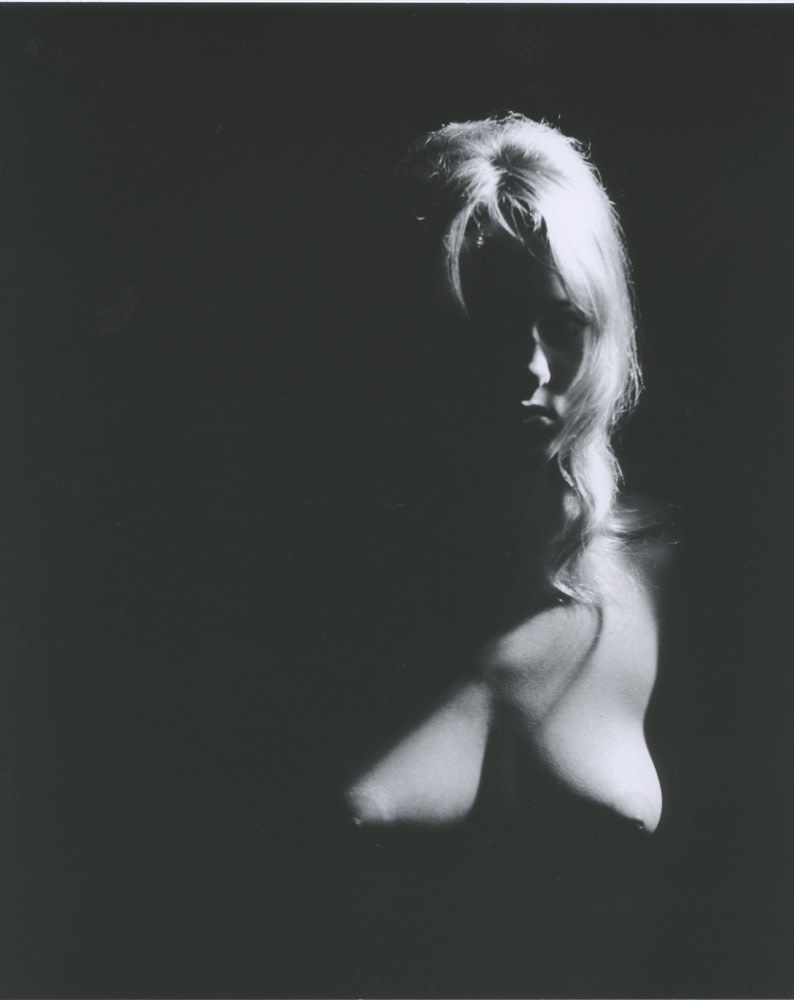 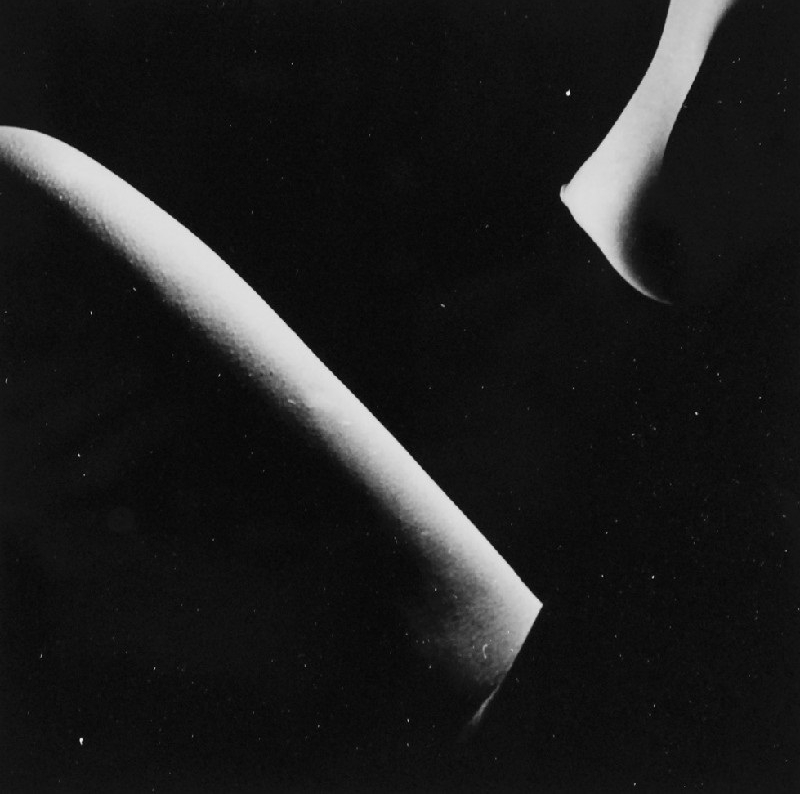 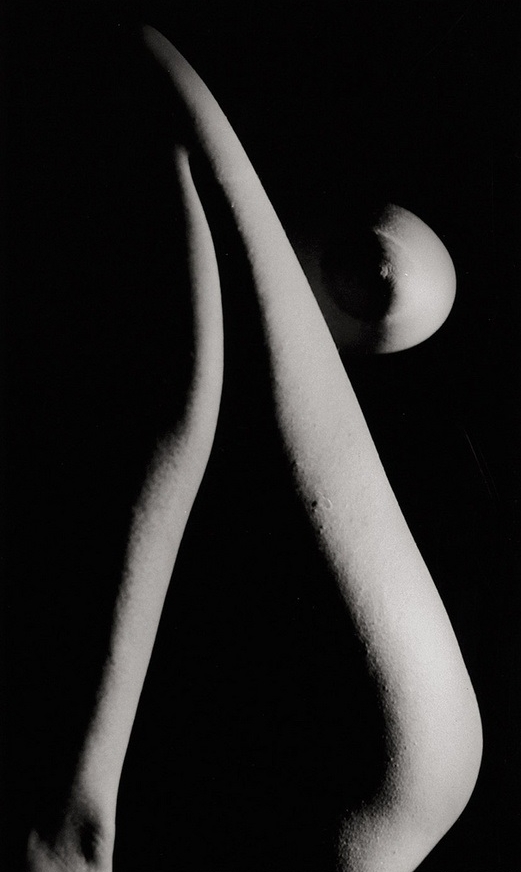 What kind of medium do you prefer in art (painting, photography, engraving, woodblock print…etc.)? Leave your reaction in the comment below…!!

Beautiful work, Darya. Another Czech artist and photographer worth of inclusion in the Shunga Gallery would be Frantisek Drtikol. His use of light and shadows, the way he played with geometric shapes in contrast with body forms is remarkable. Czech and Polish art have a very special place in my universe of things that add beauty to our human world. In one particular area --- movie posters --- one artist stands out: Franciszek Starowieyski. His work is breathtaking. The volumetry of the female form can be felt in a sensorial way in his paintings, one can touch it, and the organic elements often added, root like appendages, spikes, tentacles, grab the observer. The forms are at the same time soft and warm, even harsh, and there's pain in them too, as if a crown of thorns in an almost religious manner is just about to be added to each one of them, even when they present themselves as fantastic tales.

Yeah, Czech art is astonishing enough to be represented here as wide as possible. Thank you for the suggestions!