The Sweet Sixties In The Posters Of American Artist Robert McGinnis

In the current article, we'll examine the art of Stanley Borack's (check out our articles on his covers!) contemporary Robert McGinnis (b. 1926). This long-liver produced many iconic images of the 1960s, from posters for Breakfast at Tiffany's (Fig.1) to the covers of James Bond novels. Allegedly, McGinnis' perfectionism is outstanding: being commissioned to draw the poster for Arabesque (1966), he requested the tiger dress of Sophia Loren to get the right appearance (see Fig.82 in Premium). All in all, the artist is known to be the author of more than 1200 paperback book covers and over forty movie posters. 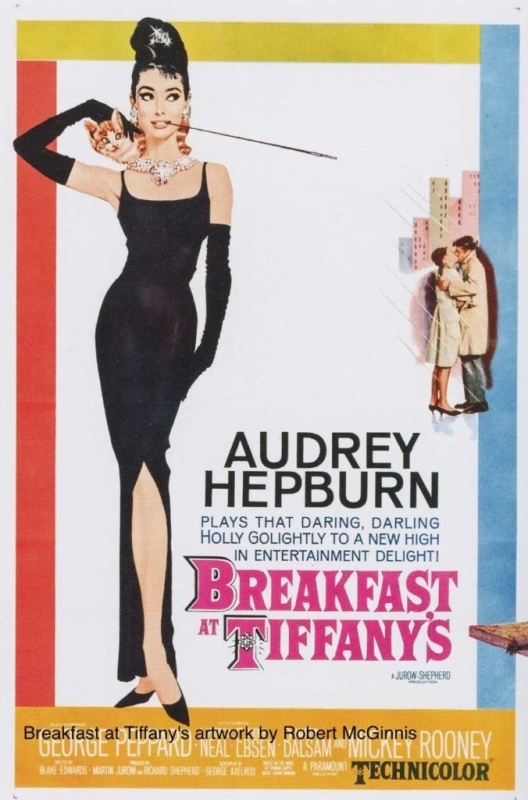 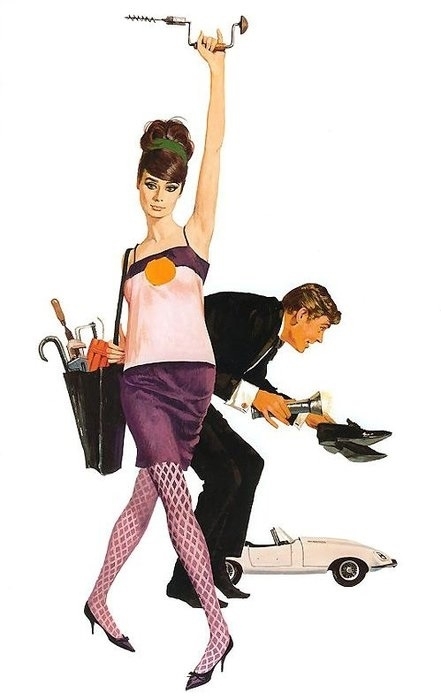 Fig. 2. McGinnis’ art for How to Steal a Million movie poster (blog.naver.com) 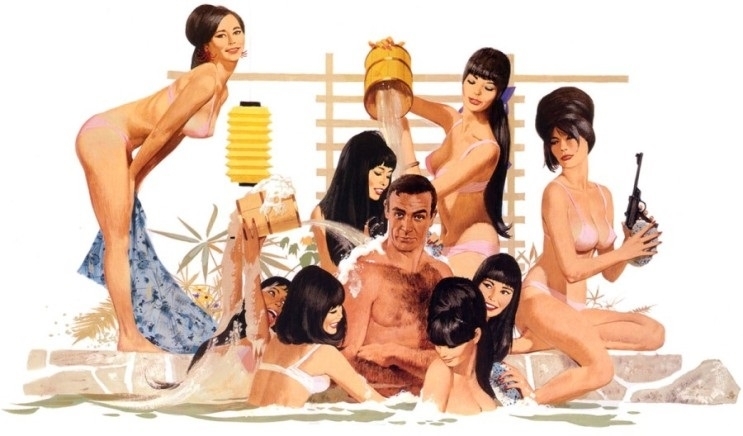 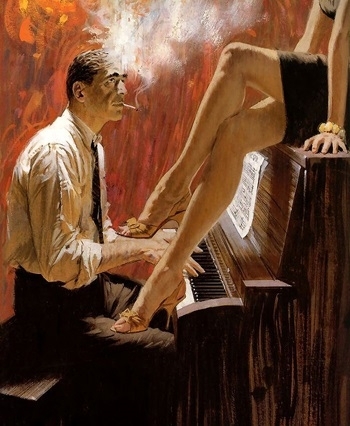 From Popeye To Mickey Mouse

Robert Edward McGinnis was born in Cincinnati, Ohio, and raised in Wyoming, Ohio. His dad, known as "Dutch," encouraged McGinnis' artistic inclination by helping him to draw his favorite cartoon character Popeye The Sailor. Getting older, adolescent McGinnis went cold on his childhood activity and became keen on football. That time, it was his mother Mildred who insisted on his artistic career and made him attend a drawing class at the Cincinnati Art Museum on Saturdays. Graduated from high school, McGinnis relocated to California and apprenticed at Walt Disney Studios, where, instead of beloved Popeye, he drew Mickey Mouse and learned about cartoon animation. After the break of WW2, the artist studied fine art at Ohio State University and took night classes at the Central Academy of Commercial Art. The Wikipedia entry states that McGinnis also served in the Merchant Marine shortly before the end of the war. Fig. 8. McGinnis’ cover for So Speaks The Heart novel by Johanna Lindsey (blog.naver.com). The funny detail of the arts for this author, which points to the target audience, is the nudity of male figures. 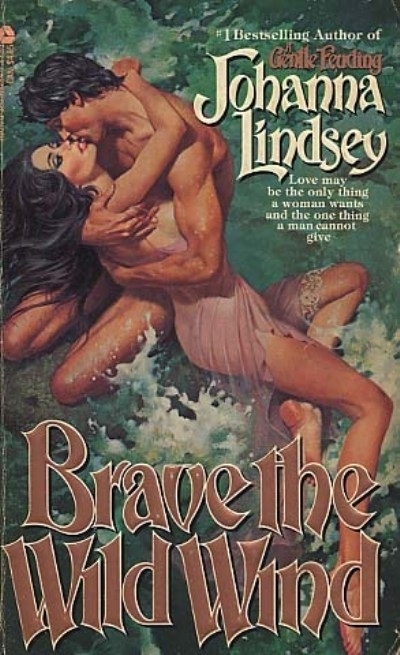 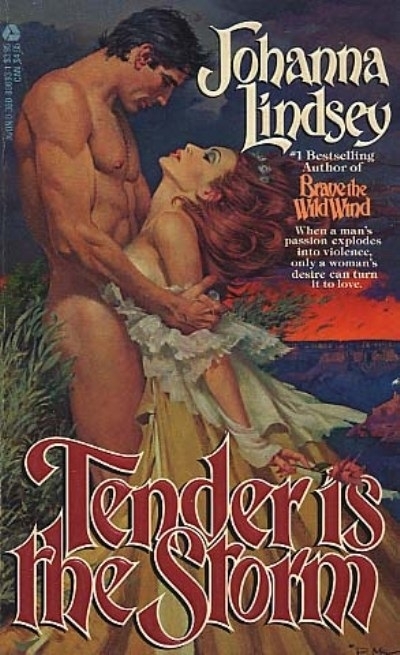 Fig. 10. McGinnis’ cover for Tender Is The Storm novel by Johanna Lindsey (blog.naver.com). 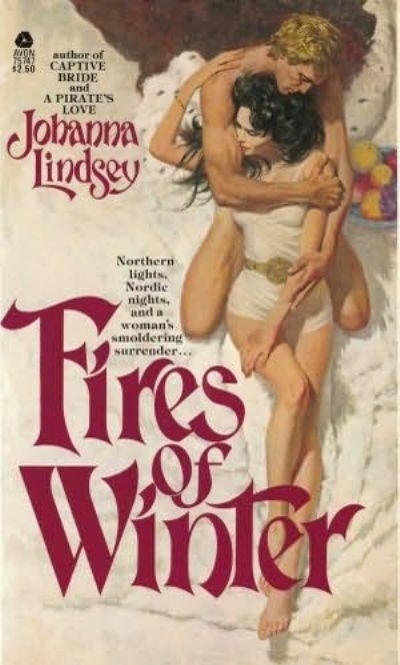 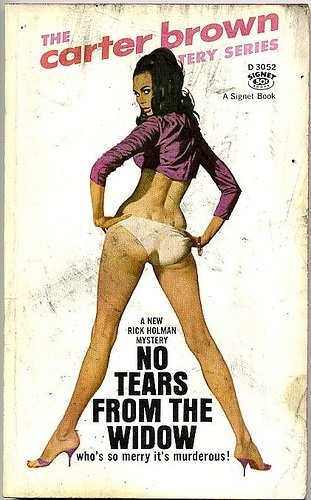 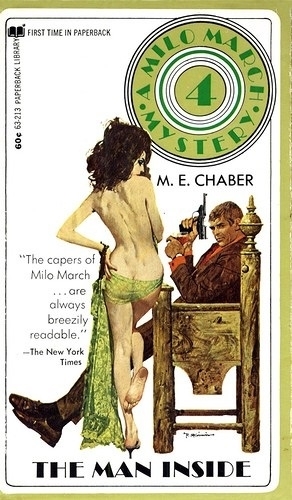 Advertiser And Illustrator In His Nineties

In the fifties, he moved to New York with his wife Ferne and started working in advertising. Since 1958, the artist was contributing to Dell Publishing and produced covers for the novels of Richard Stark, Johanna Lindsey, and other authors. His artworks appeared in magazines like Ladies' Home Journal, Woman's Home Companion, Good Housekeeping, TIME, Argosy, Guideposts, and The Saturday Evening Post. In 1985, he was awarded the title of "Romantic Artist of the Year" by Romantic Times magazine for his productivity in creating romance novel covers. In 1993, McGinnis was inducted into the Society of Illustrators' Hall of Fame. His art and personality are the subject of the documentary Robert McGinnis: Painting the Last Rose of Summer by Paul Jilbert. 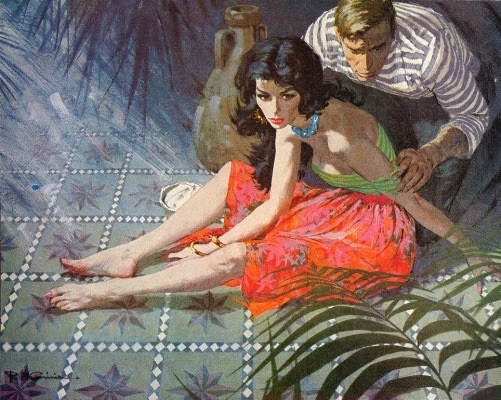 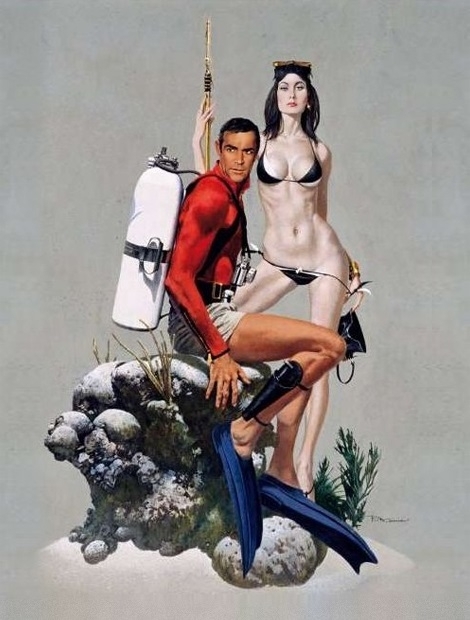 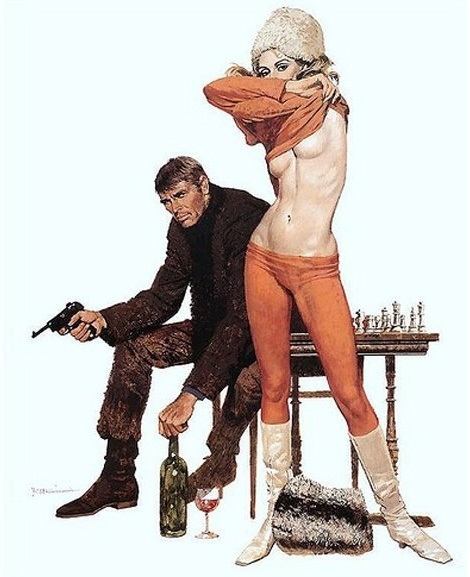 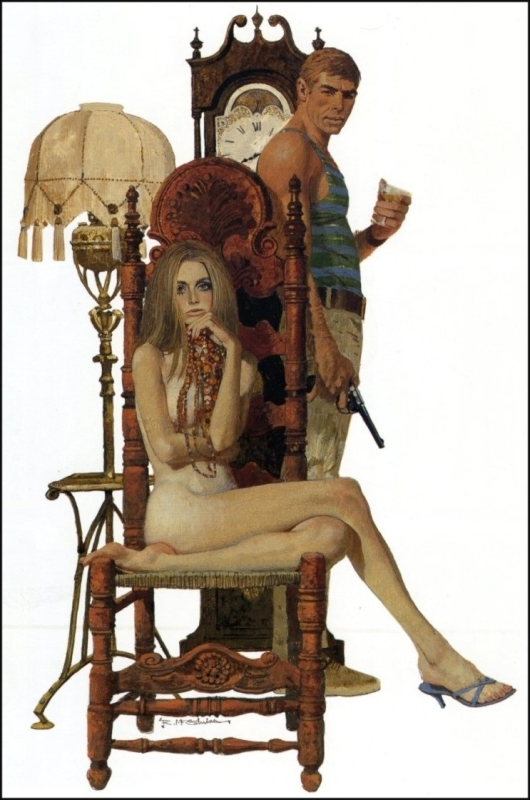 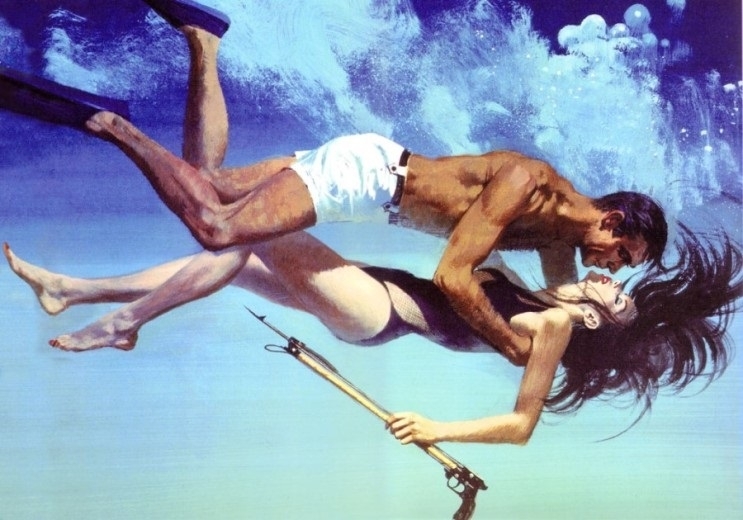 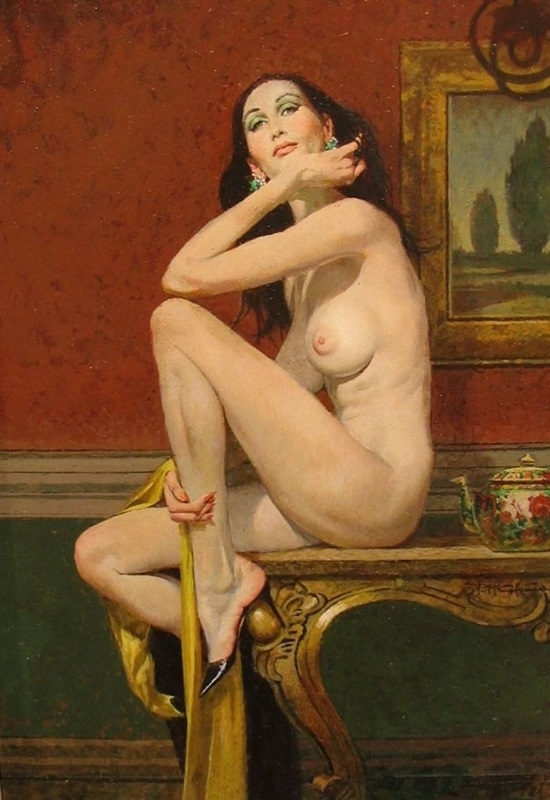 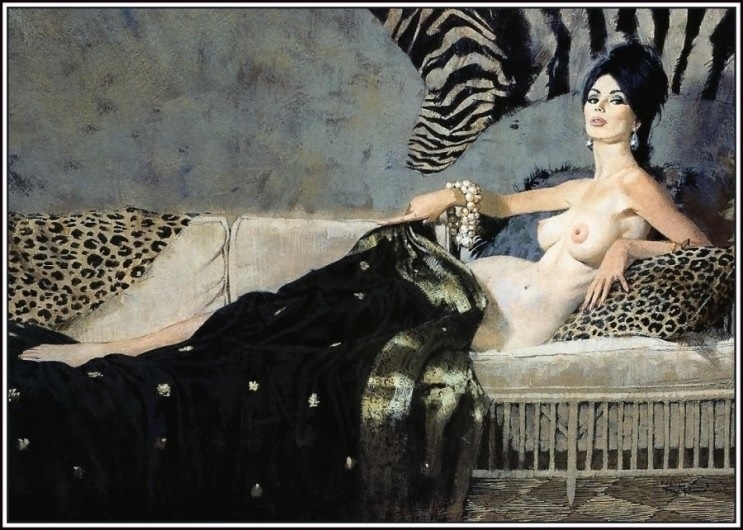 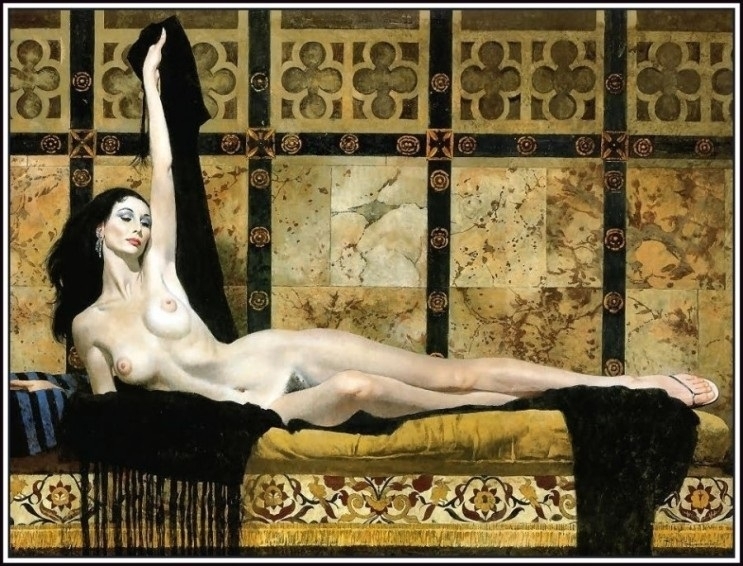 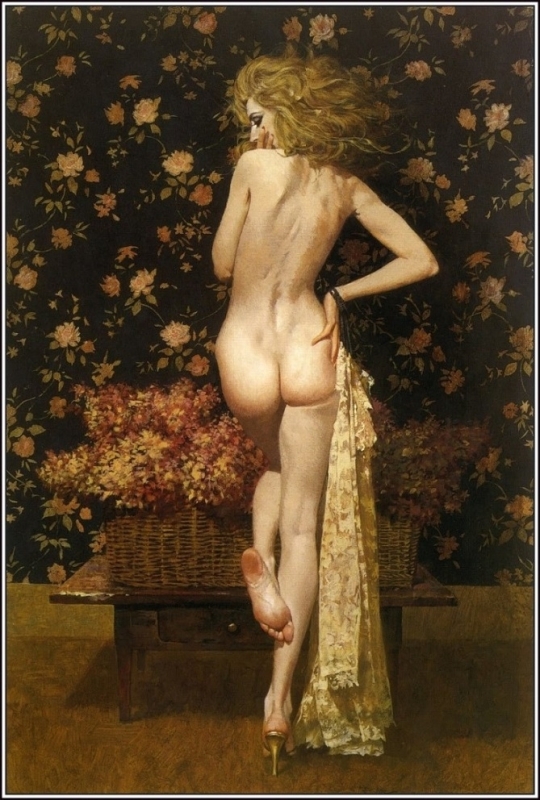 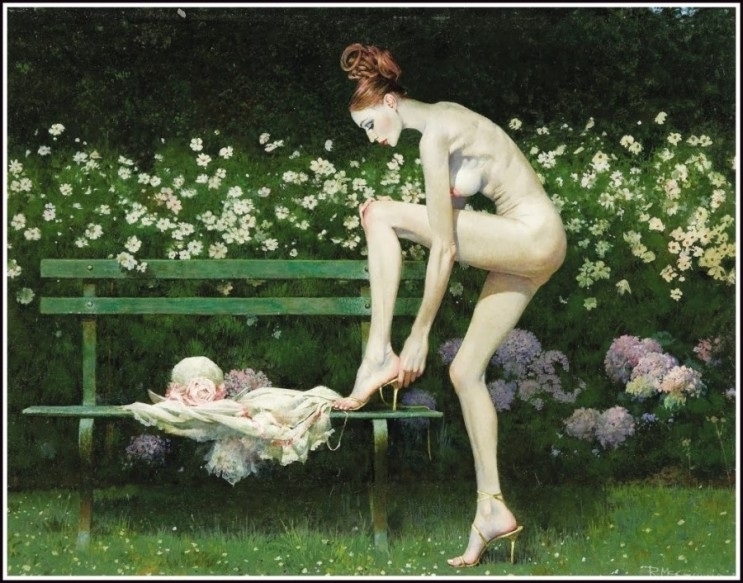 Fig. 27. Nude By a Bench (blog.naver.com). The bench is decorated with wonderful fauns. 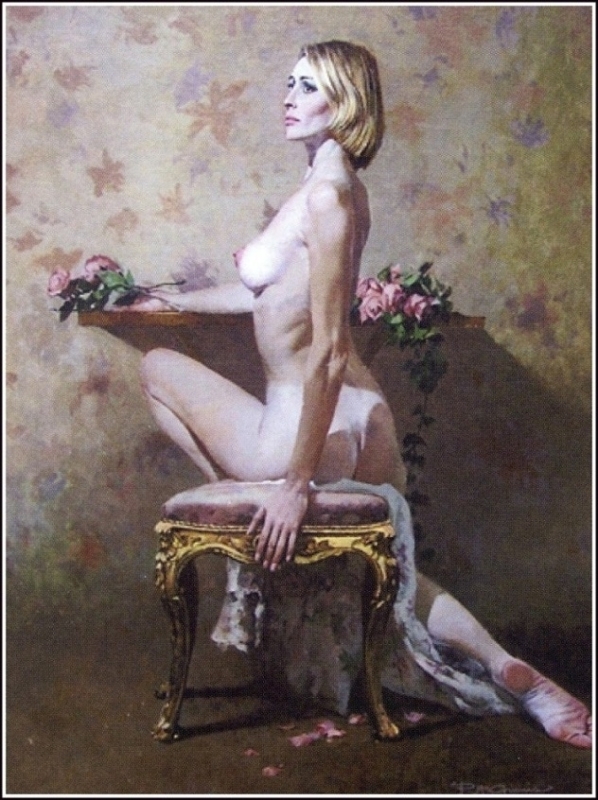 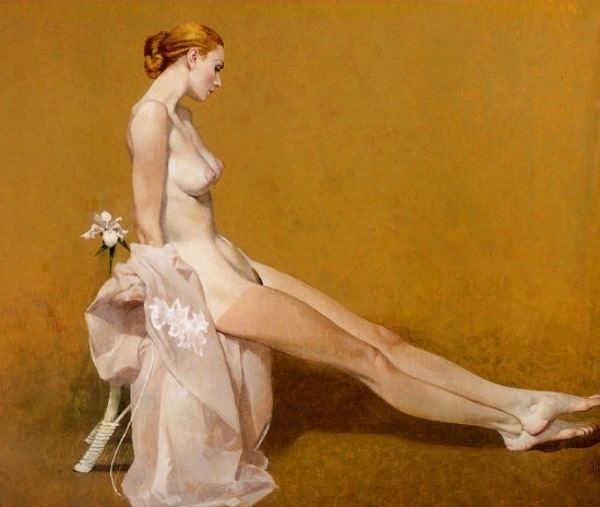 In the extended version of this article in Premium you can discover more about McGinnis's later work, the secrets of his ideal woman, the differences between Borack and McGinnis's pin-up girls, and numerous exciting examples.

You can find more about McGinnis recent activities on his Facebook page or the official site.

What do you think about McGinnis's pin-up aesthetics? Leave your reaction in the comment box below...!!