Fairytale Pin-Up Girls In the Art Of Ren Wicks

American artist Ren Wicks (1911-1997) was a prominent representative of the pin-up genre. Scarce info that can be found on the web is, in fact, not about Ren Wicks but about his son Ren Wicks Jr., who inherited his love for painting and learned how to hold a pencil while others were learning how to hold a spoon. Searching for the info and pics, we came across an artist's nostalgic comment under a post about his father's colleague Joseph Henninger: "I grew up in Ren's and Joe's offices. So many stories... Like sitting on my dad's knees while he painted pictures of Lockheed Aircraft during the war years." Ren Wicks the Younger succeeded in the car advertising campaigns for Honda, Toyota, Kia, Mazda, and other companies. Ren Wicks the Older was best known for his images of military air forces, space exploration, and lascivious pin-up calendars. 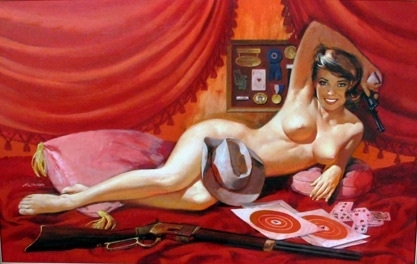 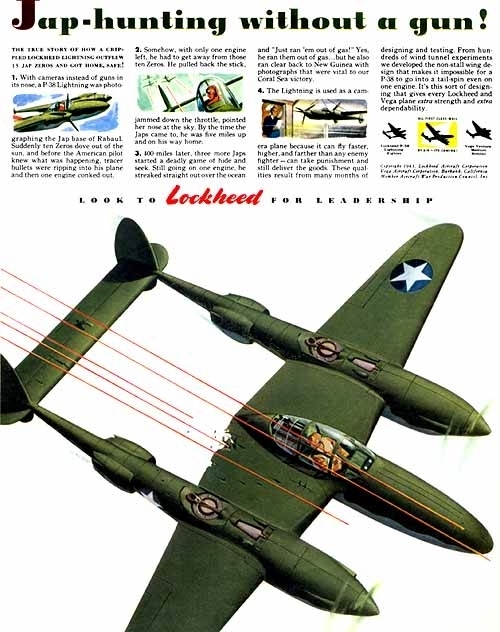 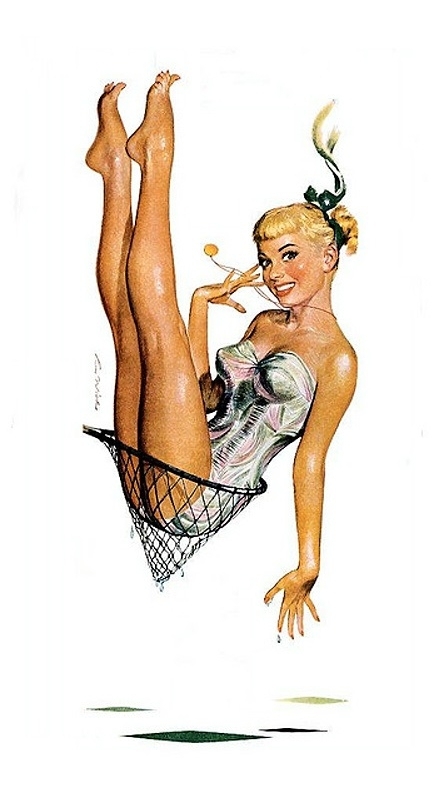 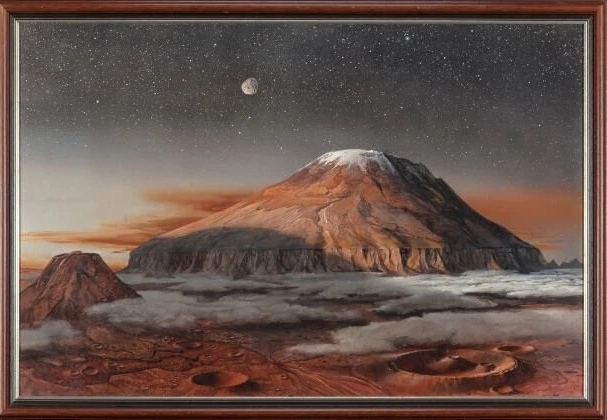 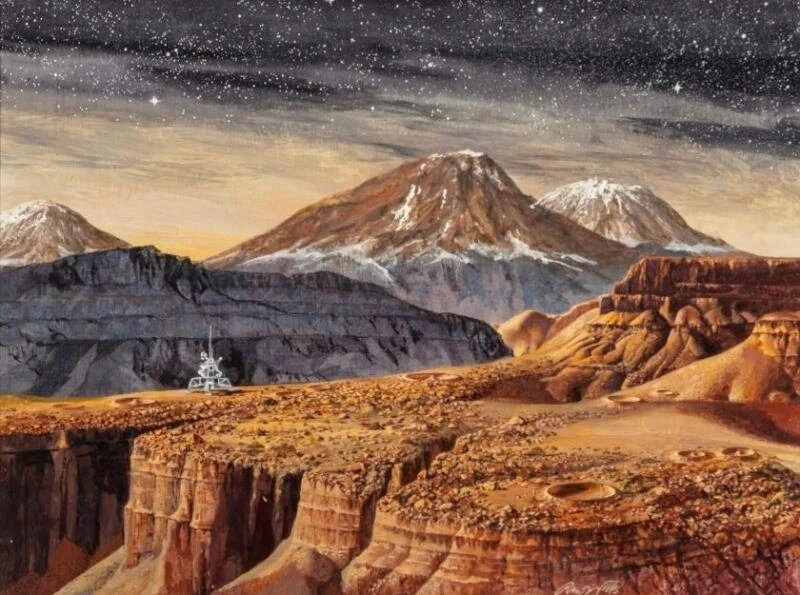 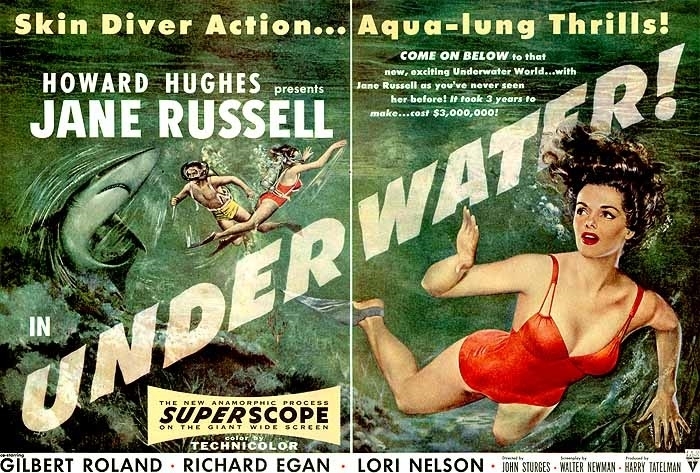 Ren Wicks created stamps, movie posters, images for NASA, and swimwear advertisements. During World War II, the artist contributed to the Lockheed Aircraft Corporation and produced depictions of bombers and fighters. Later in the 1970s, he painted mesmerizing landscapes of Mars. Wicks made illustrations for Esquire, Redbook, Saturday Evening Post, Coronet, Collier's Weekly Magazine. His works also appeared in the Hustler, men magazine, issued by Larry Flint Publications (e. g. his "Sperm Bank" scene, drawn in the medieval setting). The artist was picking up the most spread commissions, one would say. At the same time, we must admit that Wicks drew what many boys were keen on (pin-up fairies, military air forces, and space views). The skill of an adult master and the enthusiasm of a teen were the ingredients of Ren Wick's inspiration as well as of any true inspiration and talent, we suppose. 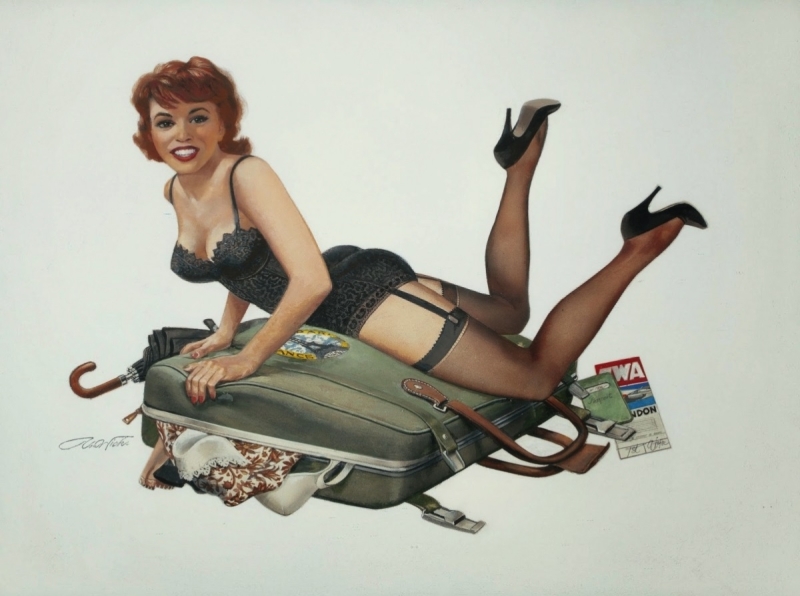 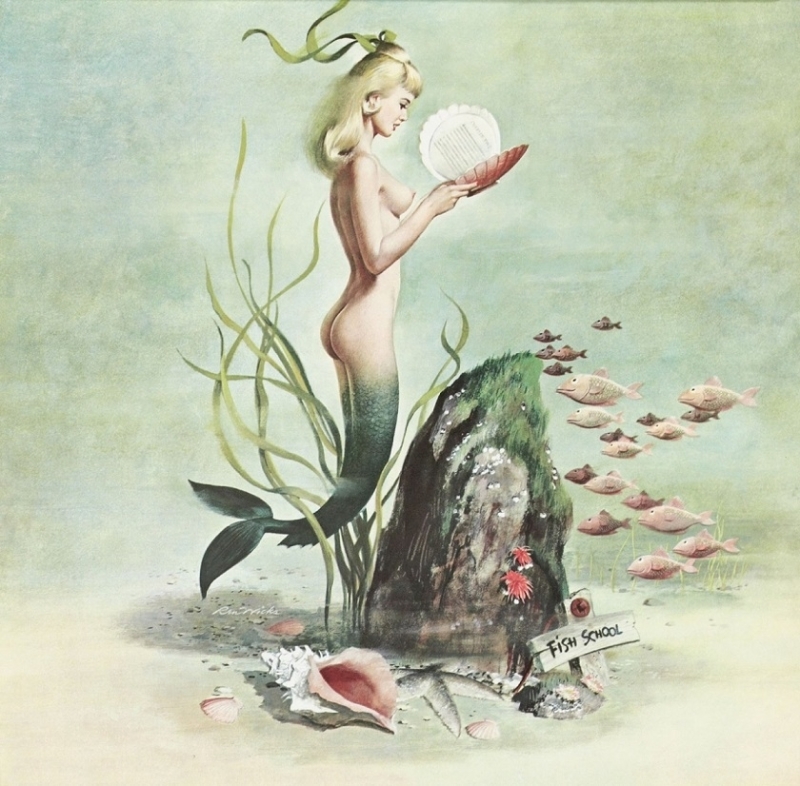 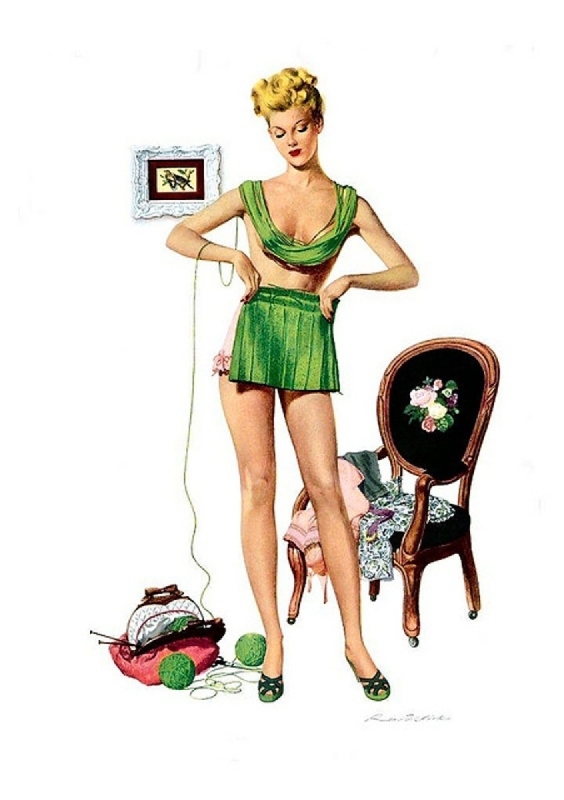 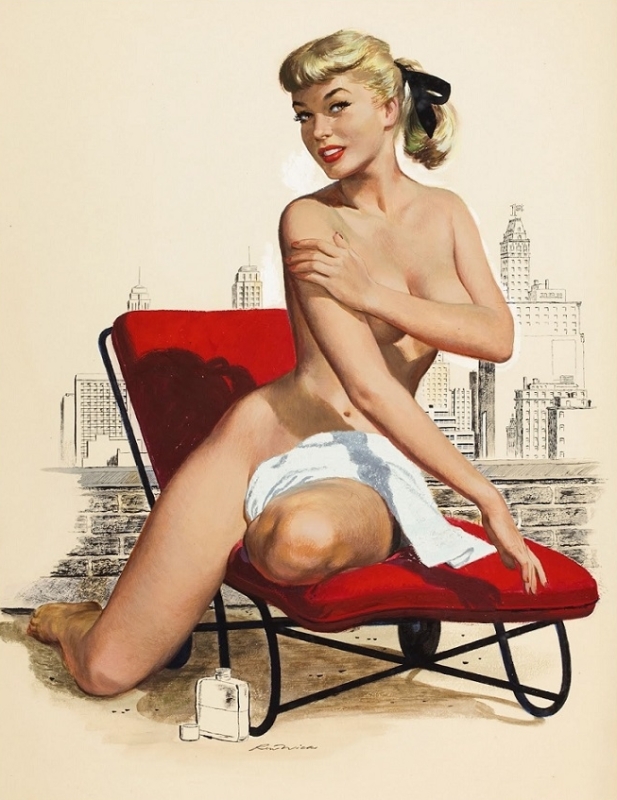 Wicks' fantasy and his contribution to Hustler may remind you of illustrations in the classic La Vie Parisienne that was popular in the times of World War I. Centaurs and witches of Ren Wicks seem to be cousins of Kuhn-Régnier's merry pagans. The flirtatious female centaur, with its' Greek origin, makes us metaphorically characterize Pun-Up as American Art-Deco and vice versa. Tendency to use Greek mythology as a source for images was among the distinctive features of Ren Wick's art; you can tell it for sure after comparing his pictures, for instance, to the works of another pin-up artist Fritz Willis. Besides the centauress collecting oranges, Wick showed us the pin-up version of Helen of Troy and a siren watching the sea. In the Harold Club casino calendar, he also depicted Pandora, whose dolly appearance was a honey trap prepared by all Olympian gods to the brother of Prometheus. This one, by the way, makes us recall the stunning pin-up photograph by Joan Craven (we mentioned her in the article on Walter Bird) with actress Pamela Green as Pandora. To tell you truth, we'd read a pulp version of Greek myths and legends illustrated by pin-up masters... 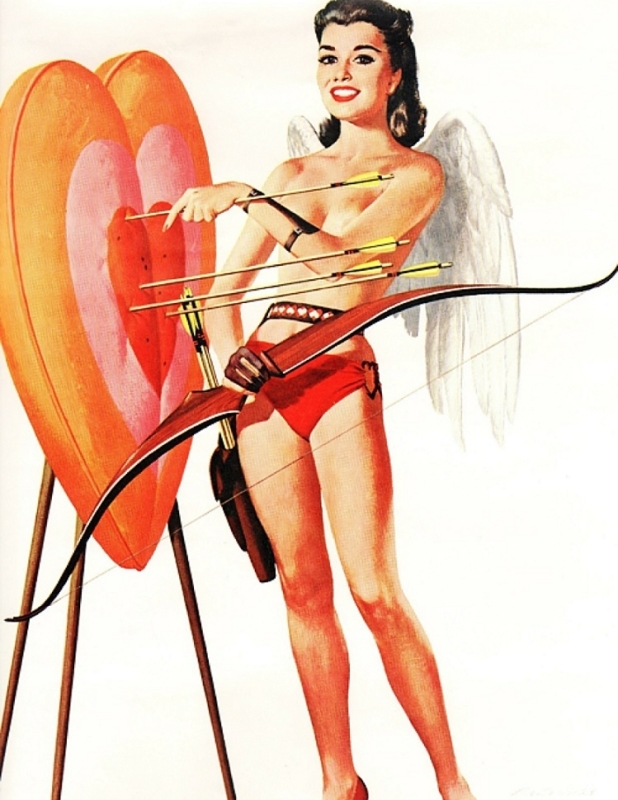 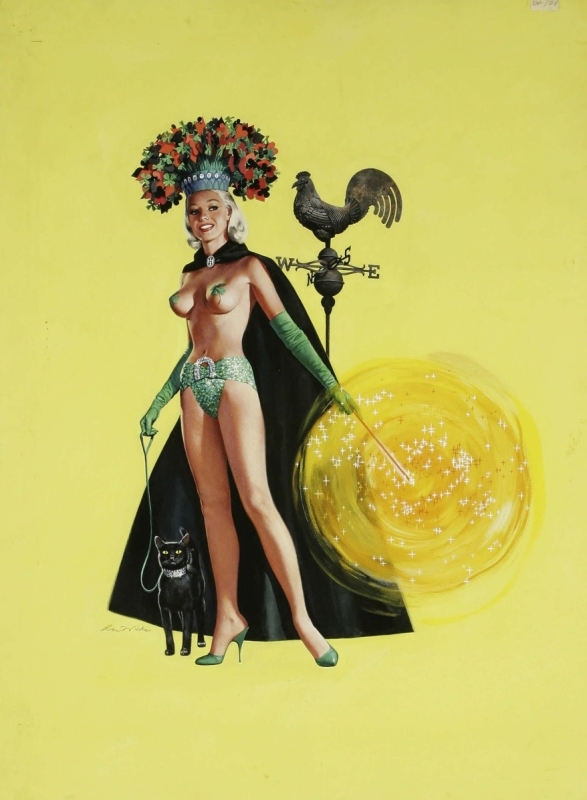 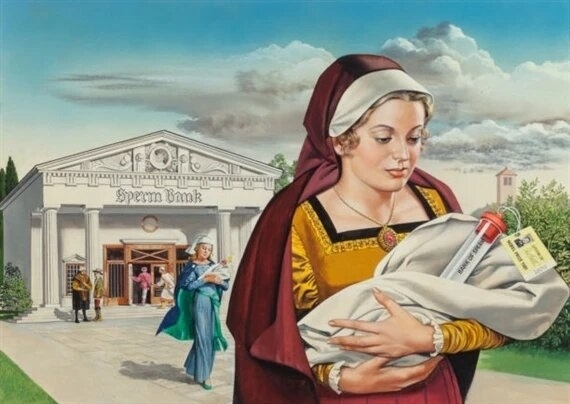 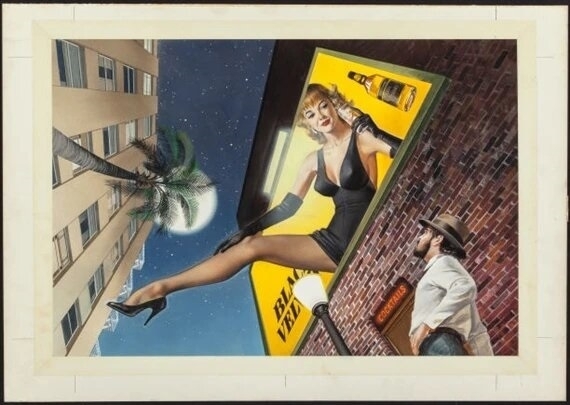 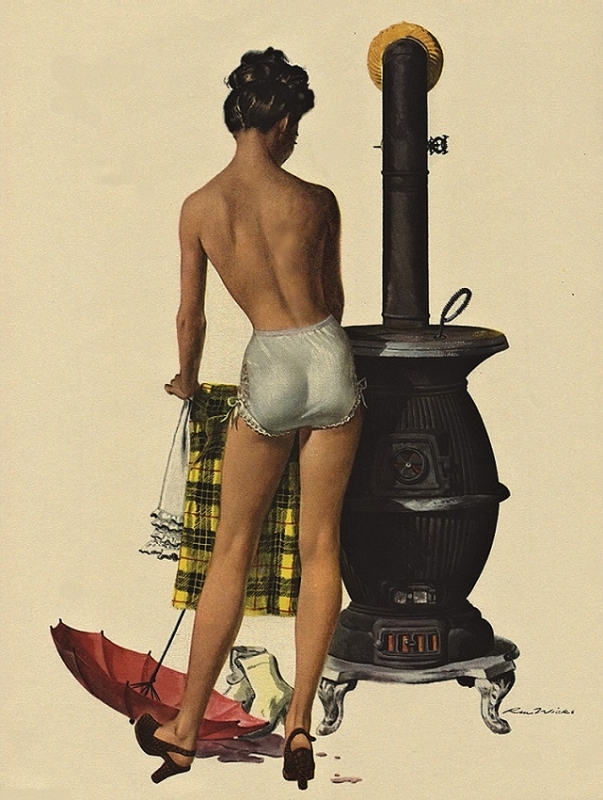 In Premium an extended version of this article with twice as much images.....!!!