The species of coins we’re going to look at could be of great interest to numismatists. Though, it’s impossible to collect the originals as they are highly valued by the museums and replicas are the only kind of spintriae you can obtain. These licentious tokens, with the sex scenes on the obverse and the number on the reverse, are usually made of bronze or brass and have 20-23 mm in diameter. “Lascivia numismata,” as Martial calls it in his epigram, was produced for a short period, mostly in the 1st century AD. 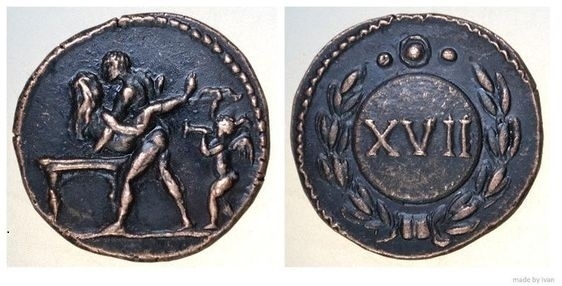 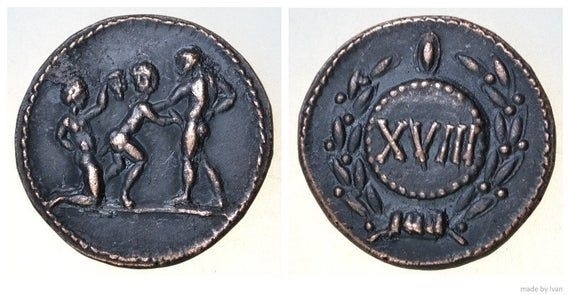 The Roman historian Suetonius used the word “spintria,” derived from “sphincter,” to signify male prostitution. In the 16th century, this term began to refer to bronze tokens themselves. Until now, historians haven’t come to one stable conclusion on what function did these coins perform in ancient Rome. The situation gets more tangled considering the existence of similar tokens with numbers and portraits of the imperial family instead of explicit scenes. Thus, there are several hypotheses on the role these coins could play. (You can make up your own explanation before continue reading!)

According to Geoffrey Fishborn, the first and the most apparent theory is that the coins were used as a currency for sexual services. This assumption has its’ base in the words of Suetonius that the coin with the emperor’s image can’t be brought into brothels by anyone (‘[no-one] to carry into latrines or brothels a coin with the head [of the Emperor] stamped on it or cut in the stone of a ring … ‘). If so, the brothels were ought to have their own currency and develop the way of exchanging regular money to tokens and vice versa. Some researchers even suggested that the reverse numbers indicated prices for the activities represented on the obverse side. This hypothesis, though, didn’t have a proper ground as the same image often appeared on the coins with different numbers. The “brothel tokens” theory doesn’t look convincing enough as it originates from the unclear words of Suetonius. Foremost, they might be a metaphor that doesn’t imply a real prohibition of the regular currency in brothels. 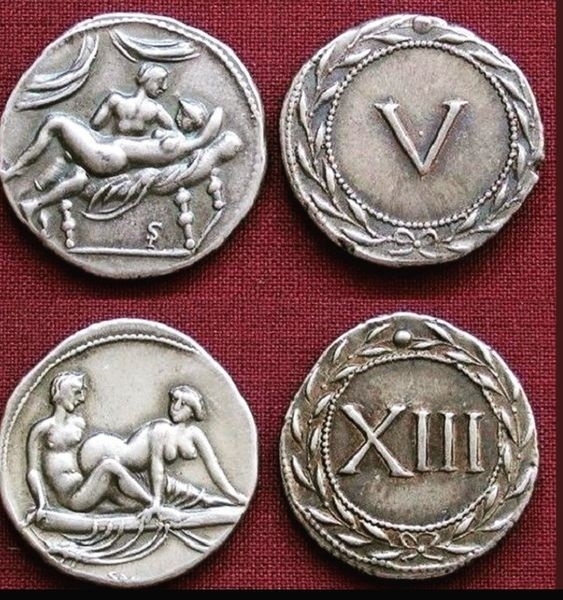 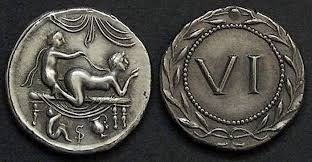 The Discredit of Tiberius

One more speculation on this issue is that spintriae were distributed in time of celebrations like Saturnalia and used as “festival money.” This theory implies the possibility for the coin not to be defined by its’ sensual image. On the contrary, in this case, the side with a number becomes the obverse that contains crucial information. 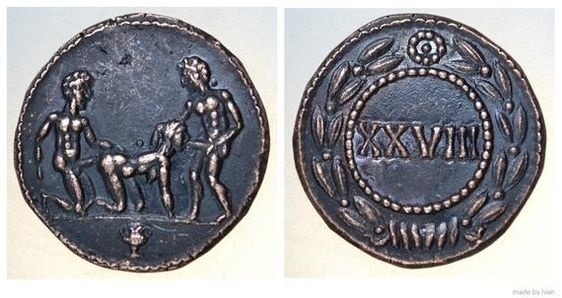 Fig. 9. The collection of spintriae (twitter.com) 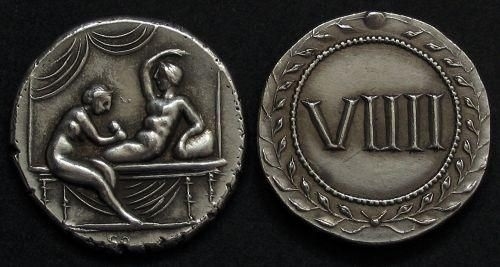 Some historians submit as well that spintriae could be a kind of gaming tokens with numbers playing roles in position, which makes them comparable to the deck of cards with frivolous images on the backside.

The final theory is close to the suggestion that these coins somehow meant seats in the theatre. The explanation of spintriae’s function, which seems to be the most adequate, was given by Lucia Jacobelli in her report on excavations at Pompeii. She writes of the numbered frescos in suburban baths that are similar to images on the coins. It means spintriae could be bathing tokens or locker tokens to store clothes while bathing. Lascivious coins and frescos don’t seem unexpected in baths, regarding the fact that, like in medieval times, baths also functioned as brothels (here we made a full circle). Below you can see frescoes exposed at The Royal Museum in Naples and registered in Stanislas Famin’s catalog of 1871 as spintriae. 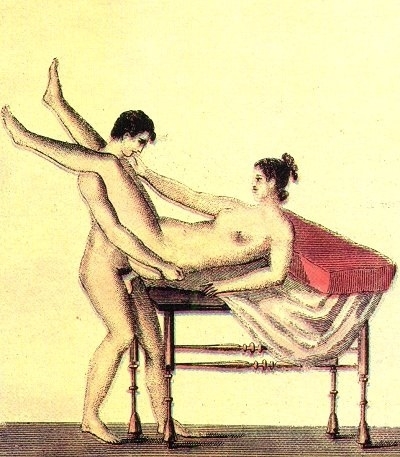 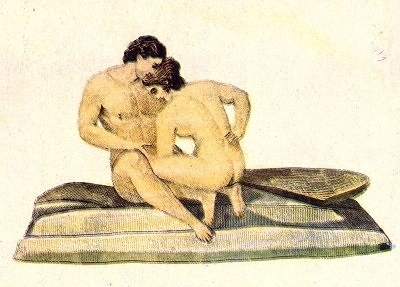 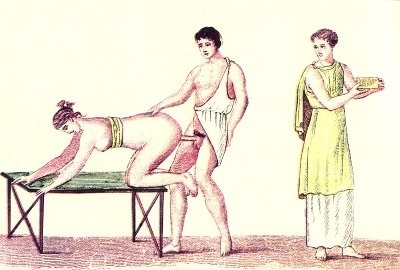 Fig. 13. Man copulating with a woman from the rear while the boy is watching (sacred-texts.com) 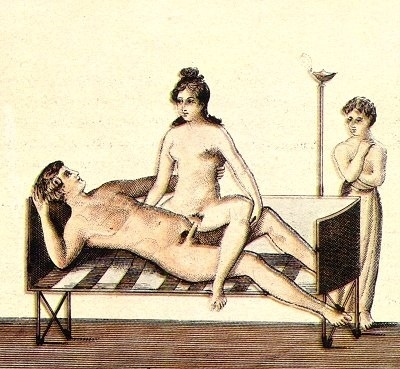 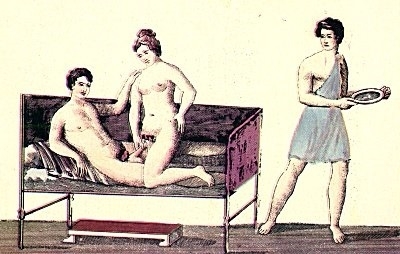 Sources: Wikipedia.org; Geoffrey Fishborn. “Is that a spintria in your pocket or are you just pleased to see me?”; sacred-texts.com