The Taisho period (1912-1926) print below features a bold satirical image of one of the Japanese presidents during the Meiji/Taisho period and a fictional mistress.

It brings to mind the infamous sex affair of former President Clinton and White House intern, “that woman Miss Lewinsky.” Although I haven’t found information about sex scandals involving former Japanese presidents during this period.

The male figure in this shunga scene could very well be prime minister Katsura Taro (1848-1913) who held this post several times (3x) during the first decade of the twentieth century. Also the facial features are similar to his.

The Western-style room (the sofa) and fashion (suit and haircut), and in addition the specific use of color, clearly indicate that this piece is from the late Meiji or early Taisho period.

The lady, who is very busy, says “Mr. President, please give me a bonus….ahhhh…” And the man, the so called President, says “Oh…Okay….Life isn’t easy….”

I am grateful to Yosuke Yo Yananagawa for the translation of the text.

Senju Shunga on the Aesthetics of Neo Shunga, Hergé and Donald Trump
06 november 2020 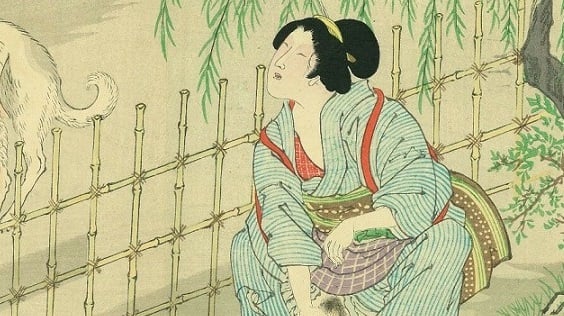 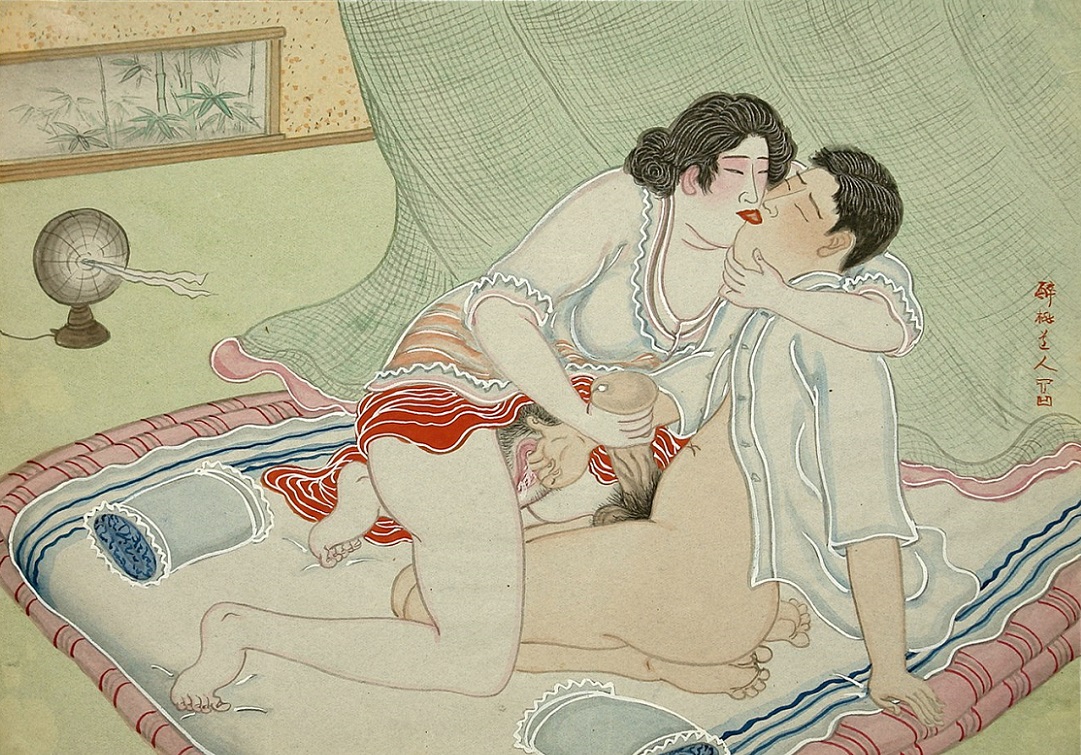