Takeda Hideo and His Tattooed Sensuality

Takeda Hideo’s imaginative works are difficult to classify. They have been interpreted as social criticism or as purely visual, often disturbing and sometimes shocking explorations. In his Genpei series he portrays the heroes of the great civil wars of the late 12th century as predatory, tattooed gangsters, replete with violence and frantic sexuality.

The above silkscreen print features a pointed-headed man, tattooed with monstrous shishi heads and peony flowers, kneels devotedly praying, behind a woman bent in an inviting position. Her body is decorated with spectacular tattoos showing a blueish green Fudō (‘The Immovable’, which hopefully she is not’) surrounded by flames, colorful dragons, and fishes, set against a blue background of swirling whirlpools.

Fudō Myō-ō is one of the ‘Five Guardian Kings’, the supreme barrier against evil and forces hostile to Buddhist dogma. He is portrayed with staring eyes, an angry expression and two fangs projecting from his mouth. Seated cross-legged on a rock, surrounded by flames, Takeda has depicted Fudō holding in his left hand a small bell, which might be used to attract Buddha’s attention, to make sure he is awake and ready to listen to one’s prayers.

Usually he holds in his left hand a lasso to catch the wicked and draw them to true knowledge. In his right hand he holds a double-edged sword (ken) to ‘cut through ignorance and evil thought.’ 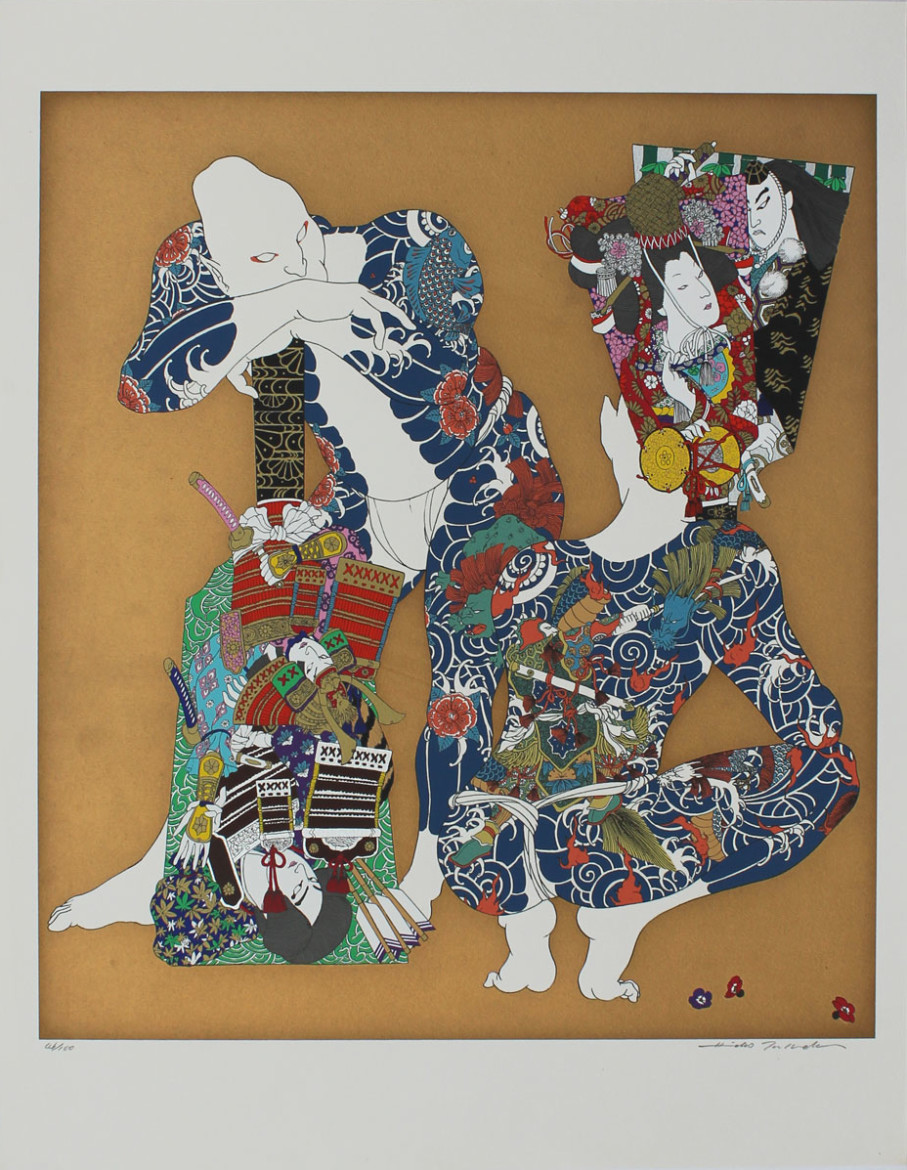 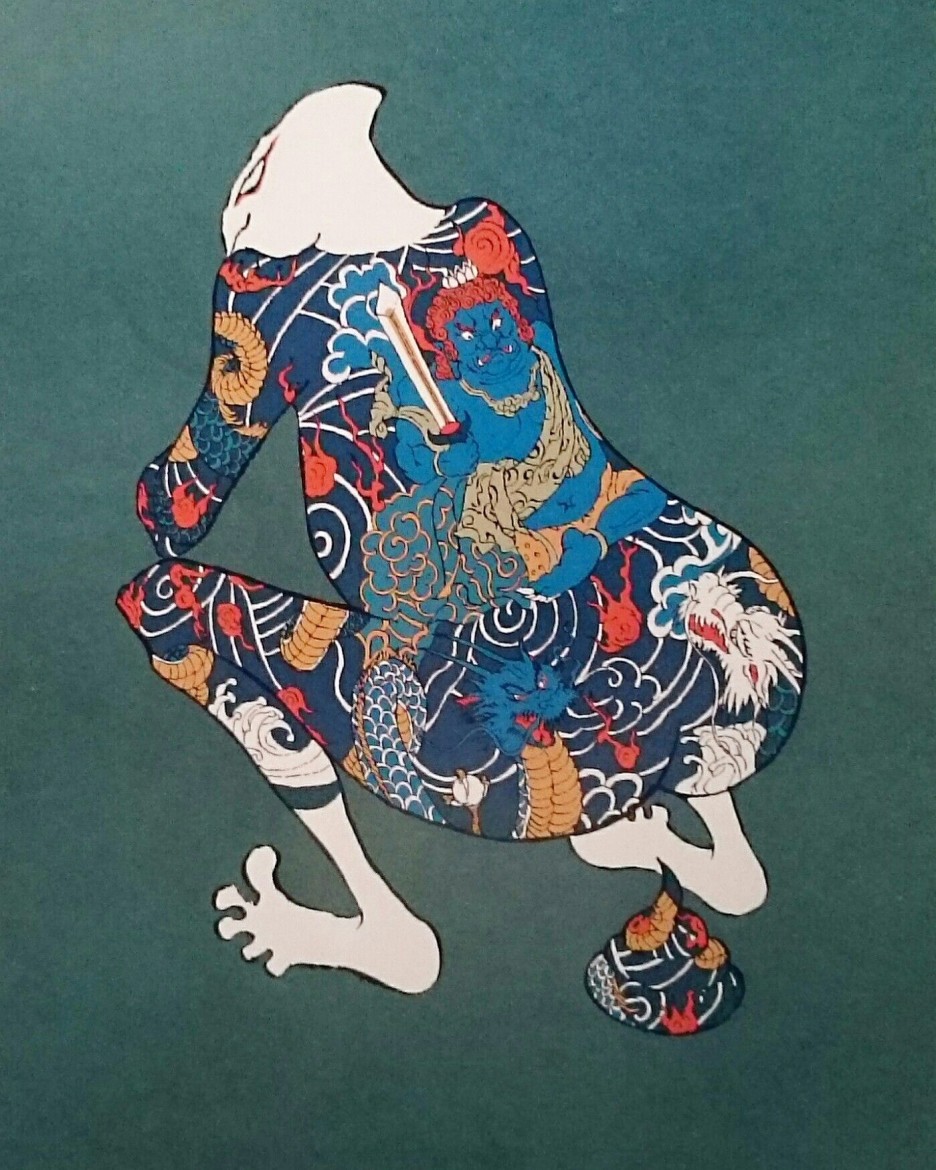 * A term for tattoos used in Osaka 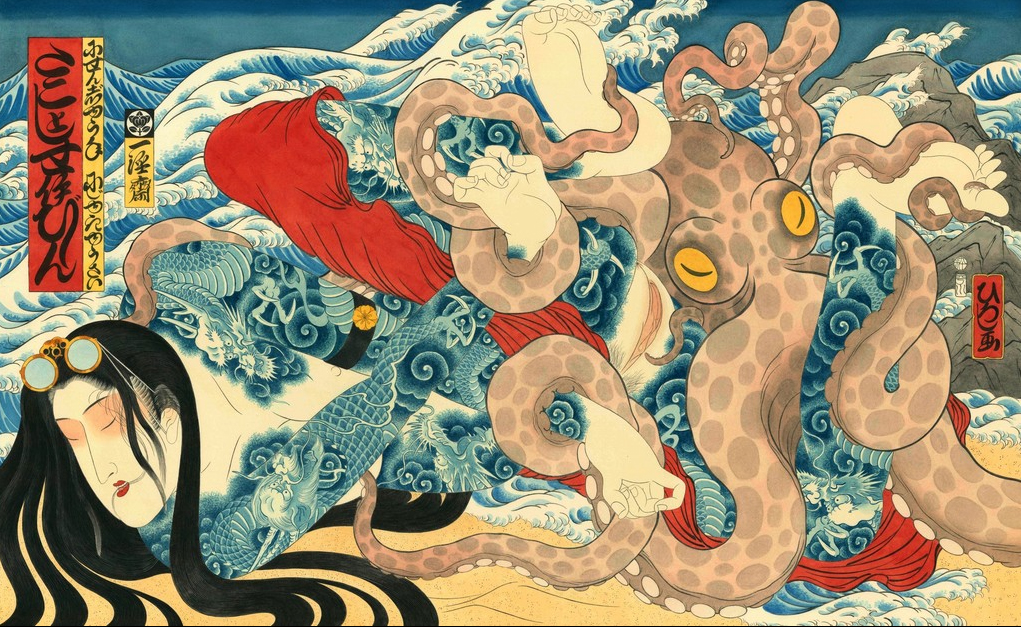