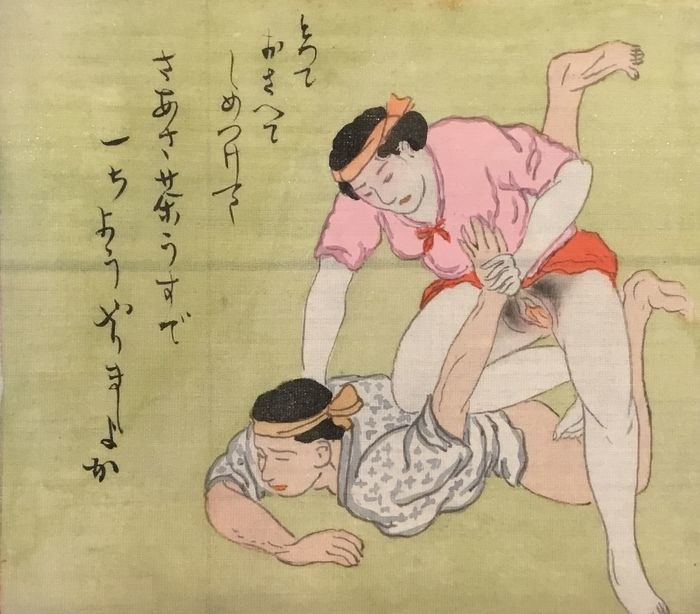 Female judoka holding her male opponent in an arm lock. 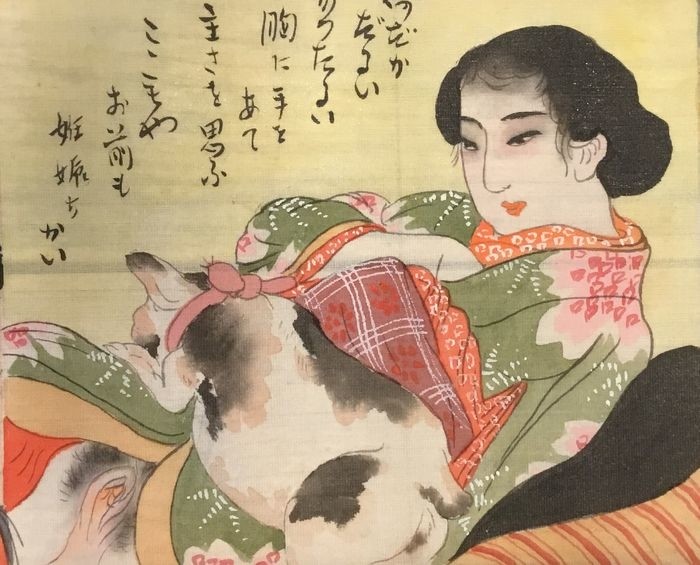 A lady is caressing her breasts while a Japanese black and white bobtail (Kuniyoshi’s favorite cat!) jumps on her lap. 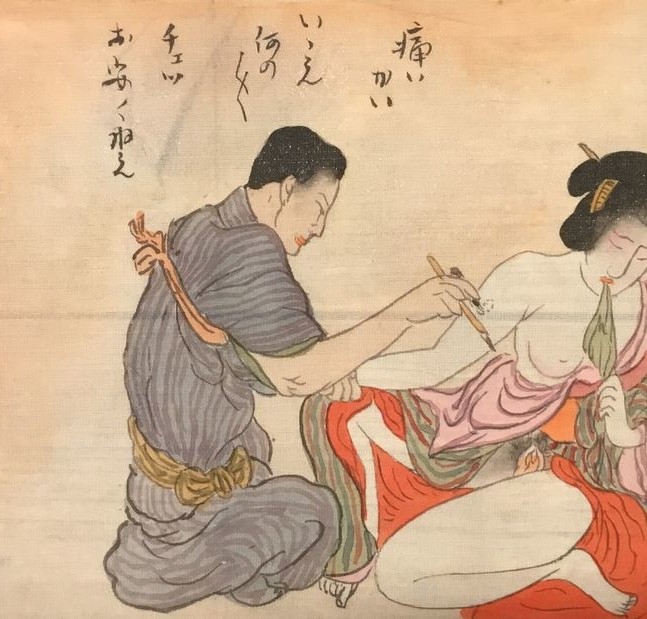 A woman bites a cloth during a tattoo session 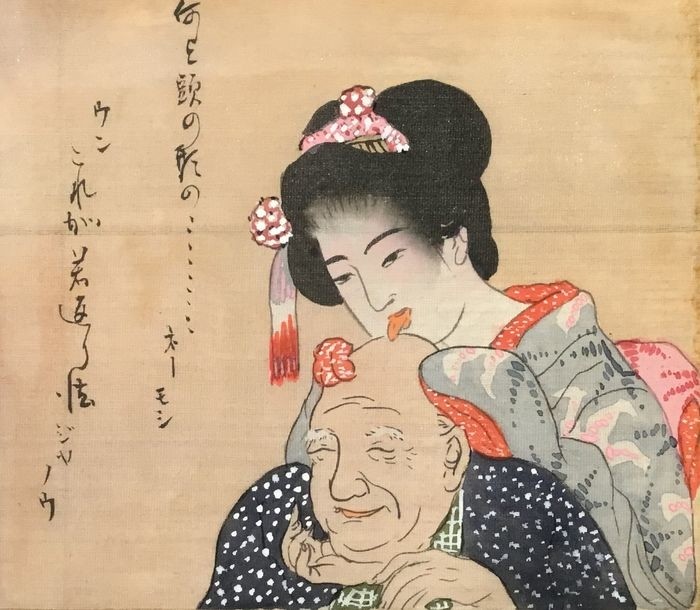 A young woman licks the crown of an amused old man. 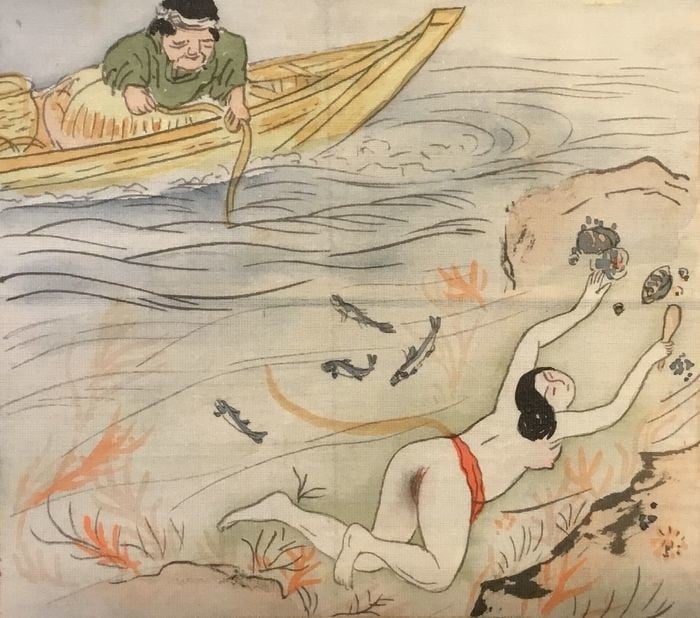 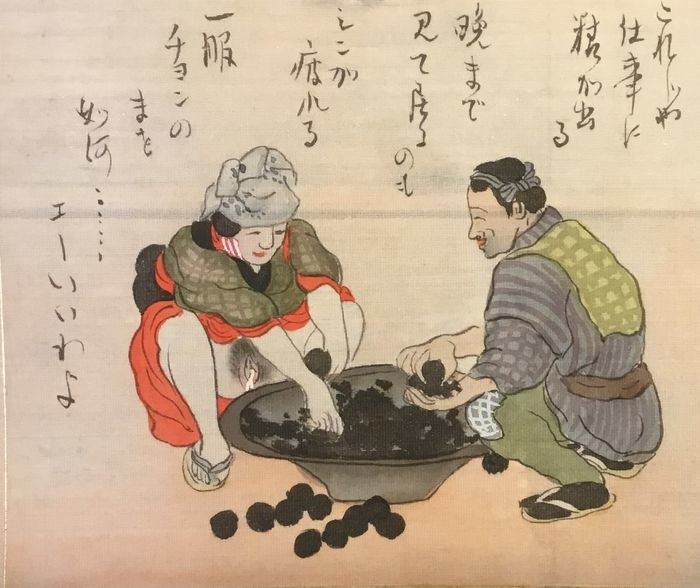 A male and female laborer kneading incense balls. The female is exposing her moistened private parts. These “incense” balls were used for the Japanese tea ceremony or incense ceremony. They were blended, kneaded, and buried underground in ceramic pots. Then, these pots were set aside to ripen for several years. The balls are sweet and have a creamy scent. They are heated using charcoal or a compact wood chip heater. 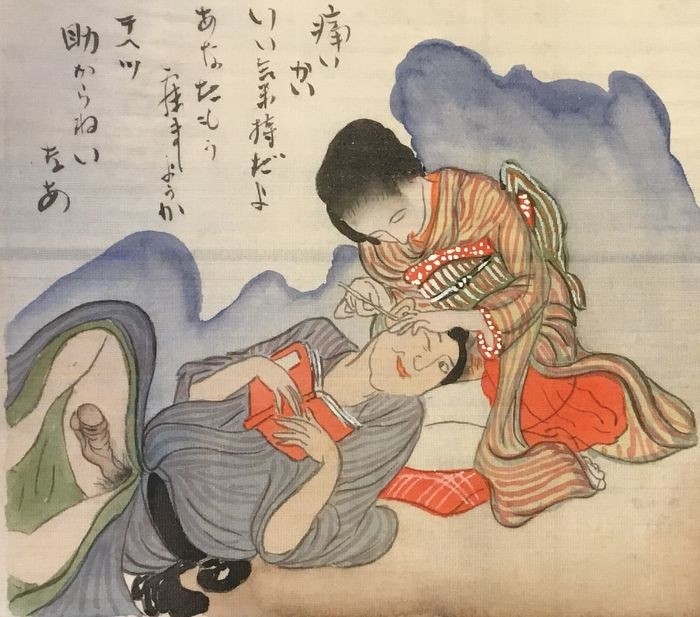 A young female is trimming the inside of her male lover’s ear. The woman’s attention has also created some excitement under the man’s belt. 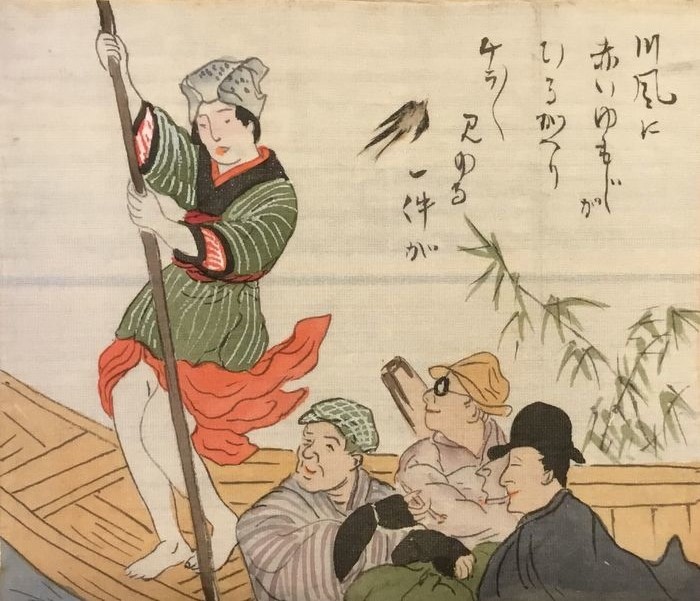 A varied male company is carried across a river in a ferry boat (Yane-bune). During the crossing their attention is drawn to the attractive female boat driver. 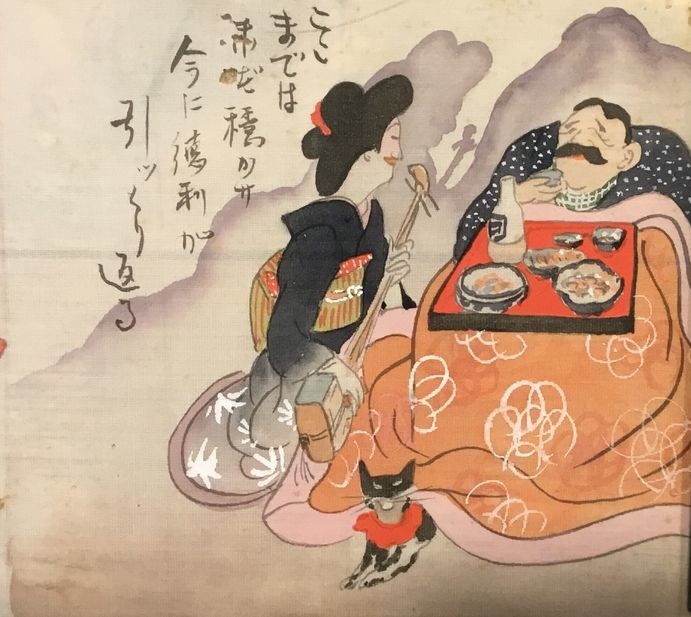 An atmospheric painting with a geisha entertaining a client with her shamisen during supper. The long shadows emphasize the intimacy of the affair, while the cat, who turns to us in amusement, provides the comic relief. 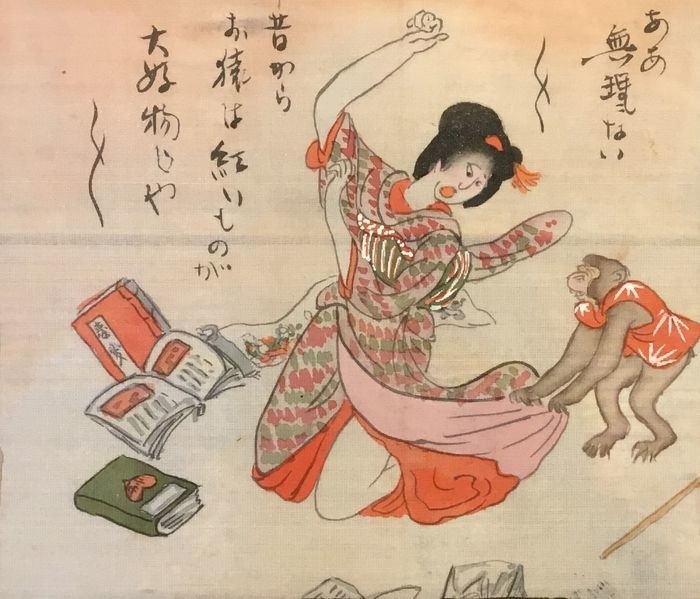 A curious monkey startles a reading woman when it tugs at her kimono. 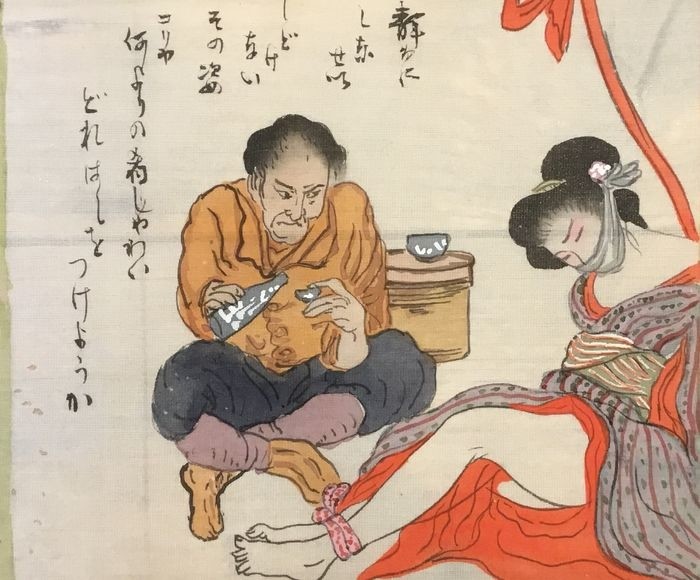 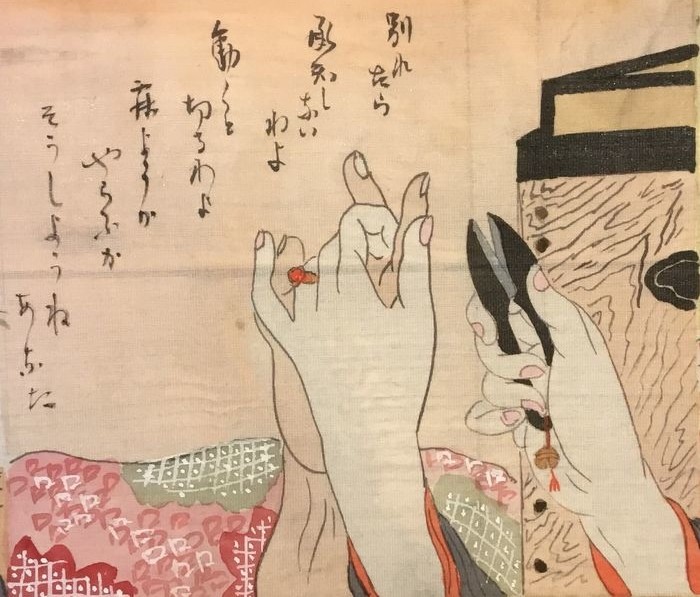 A striking close-up scene of a female cutting the nails of her male lover.

“I don’t know if I break up, I’ll cut it when it moves. I want to be with you forever.”