What Happened Within the Yoshiwara Brothel in Ancient Japan?

While the women in the Yoshiwara brothels had little use for shunga, their territory was the main subject-matter for the Edo (now Tokyo) artists. But what exactly did a visit to the Yoshiwara entail?

In Yoshiwara itself there were different classes of tea houses and geisha. The lowest-ranking courtesans, either not very good-looking or well educated, sat in front of the windows facing the street so that clients could inspect them and choose their favorite.

Customers were then brought into a large communal room divided by flimsy wall-screens; there was no real privacy and couples could see and hear each other, as was often shown in shunga. The highest-ranking geisha waited in luxurious tea-houses, and had the privilege of rejecting customers not to their liking.

Fig.2. ‘Yoshiwara brothel with courtesans behind latticed windows‘ (c.1860) by a member of the Utagawa school

Sexual relations did not take place at the first meeting, but usually only after three or more expensive sessions, at which the client gave presents, such as kimonos and fancy hairpins, and brought food and drink for all the tea-house employees, although this rule was not so strictly enforced after the mid-eighteenth century. Such successful geisha had private rooms on an upper floor (Fig.3.).

The majority of men who could afford to visit the Yoshiwara in the early to mid-seventeenth century were generally of the samurai class, may being daimyo, hatamoto and their retainers. However, there were also rich farmers, as well as poorer samurai and priests, who visited less expensive prostitutes.

Fig.4. ’Geisha negotiating with a prospective client’ (c.1823) by Utagawa Toyokuni I.

By the last decades of the century, the most conspicuous Yoshiwara visitors were the increasingly prosperous merchant class (chonin). They spent recklessly, perhaps driven by the frustration of their inescapably low position on the social ladder and the resulting desire to display their wealth. In the first three quarters of the eighteenth century, rice merchants rose to the top of the economic hierarchy, and they became the Yoshiwara’s best clients.

The number of less affluent men visiting lower-class prostitutes of the Yoshiwara also grew steadily during this period. This resulted in the heightened popularity of these lower-ranking prostitutes, but at the same time gradually lowered the quality of the Yoshiwara as a whole until the end of the Edo period. 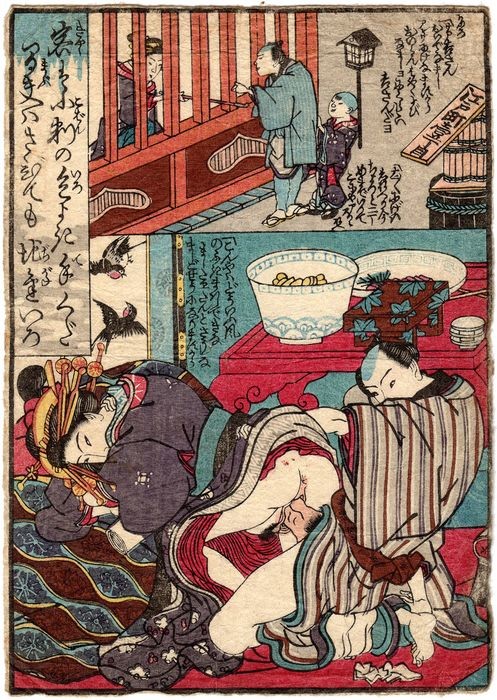 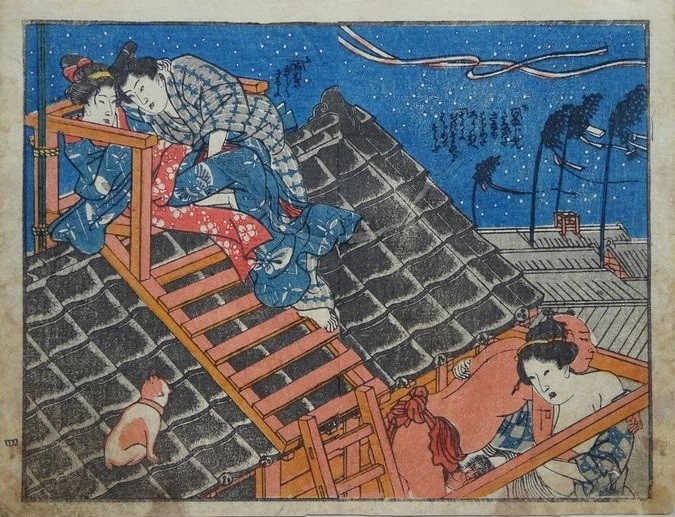 Click HERE for other exciting articles on the various subjects and themes within shunga…!!!

We would be very grateful if you could help us reach a broader audience for the magnificent art of shunga by sharing our articles on social media or other appropriate platforms…!!! 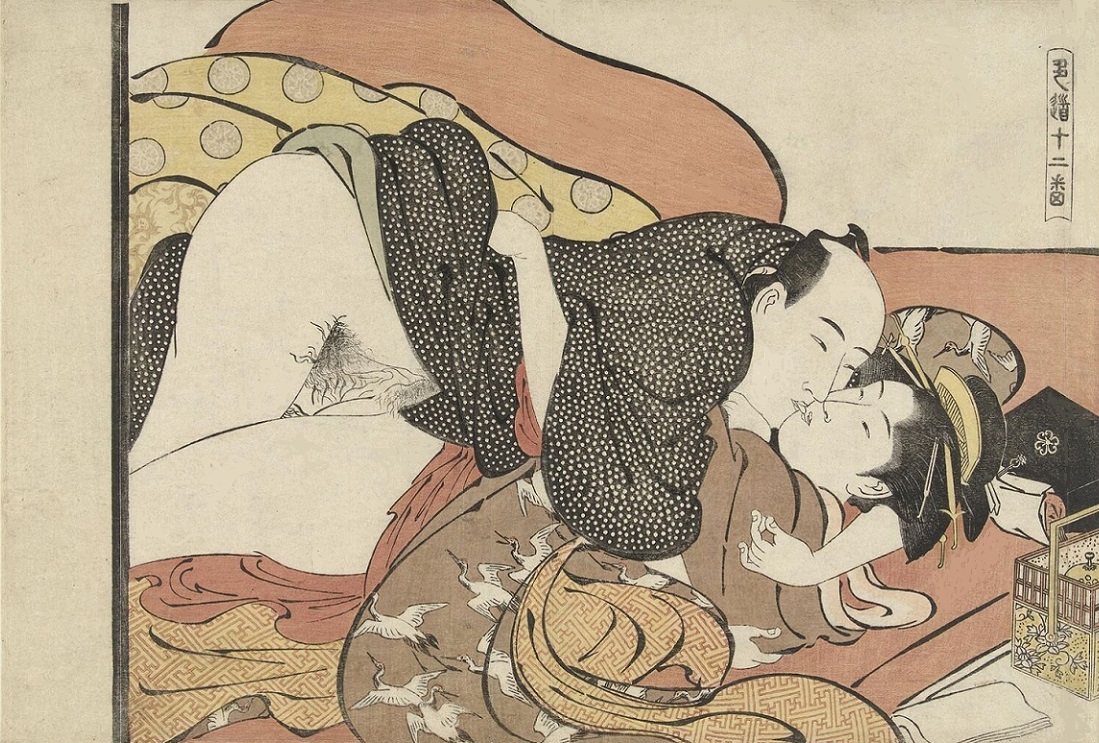 Thank you for the article! The lack of privacy in brothels was perfectly depicted by Shozan: in one of his works from 'Sashimogusa' series he gave us a view from above.

Thanks Darya, the following pieces: three couples in a https://www.shungagalleryshop.com/nl/artist/kunimori-ii-utagawa/three-couples" rel="nofollow">cheap brothel by Kunimori II and three couples in https://www.shungagalleryshop.com/artist/utagawa-school/three-couples" rel="nofollow">separate spaces also give a nice impression of the brothel interior. If you have a pic of the Shozan I will gladly include it.