Dmitry Aleksandrovich Trubin (b. 1961) is a Russian painter, sculptor, illustrator, honored artist of the Russian Federation. He was born in Arkhangelsk, where he lives and works at present. 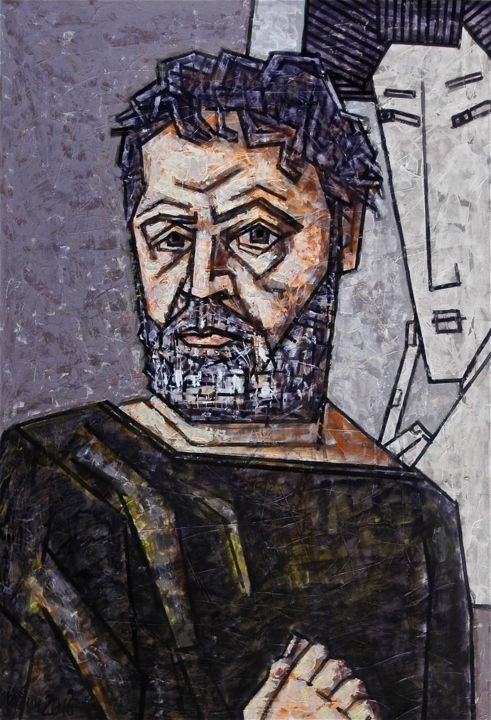 Fig. 1. Self-portrait with the depiction of a geisha in the background

In 1989, Trubin graduated from the Faculty of Arts at the Moscow Printing University. Since 1991, he is a member of the Union of Russian Artists. Trubin’s illustrated lots of famous books for kids like “Alice’s Adventures in Wonderland,” “The Little Prince,” “The Nutcracker.” He also produced illustrations for classics like Homer’s “Odyssey,” Prevost’s “The Story of the Chevalier des Grieux and Manon Lescaut,” “Candide” by Voltaire, etc.

In 2011, the artist founded his own publishing house, “NIBURT,” that specializes in limited editions of original books. According to the info from artmajeur.com and Wikipedia, works of D. Trubin are in collections of the State Museum of fine arts, Moscow, Russia; the Arkhangelsk Regional Museum of fine arts, private collections in Russia, USA, Canada, UK, France, Germany, Switzerland, Turkey, Norway, Italy, etc. 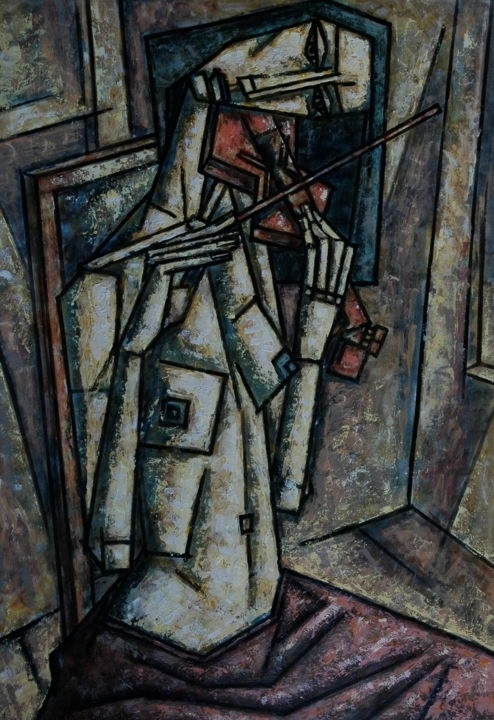 Fig. 2. The Violinist with Green Hair 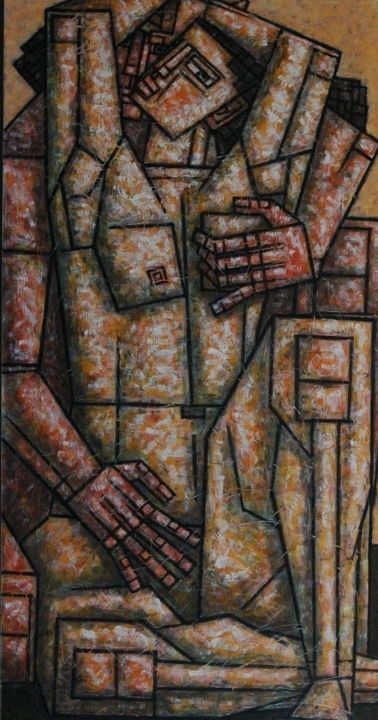 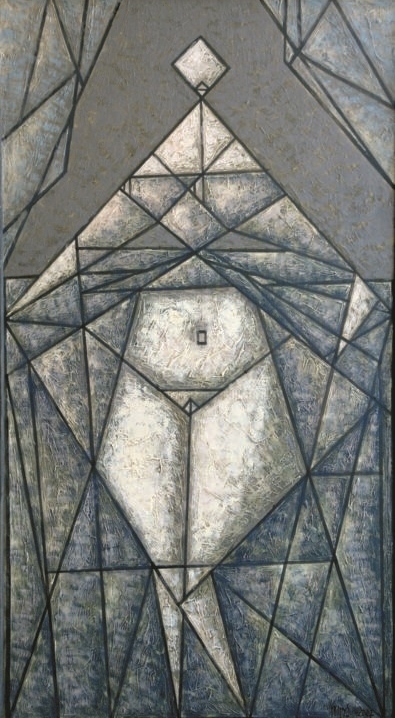 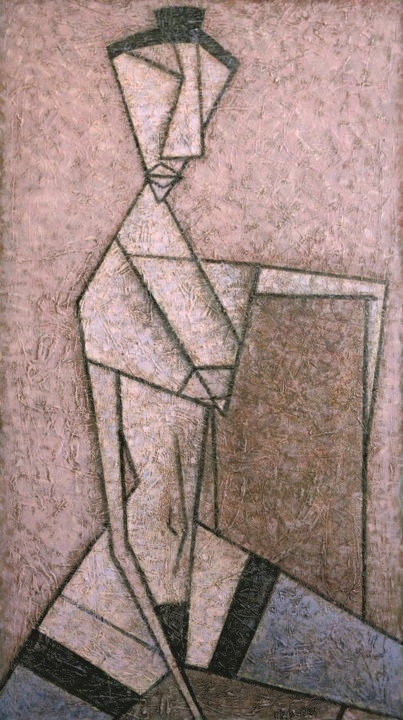 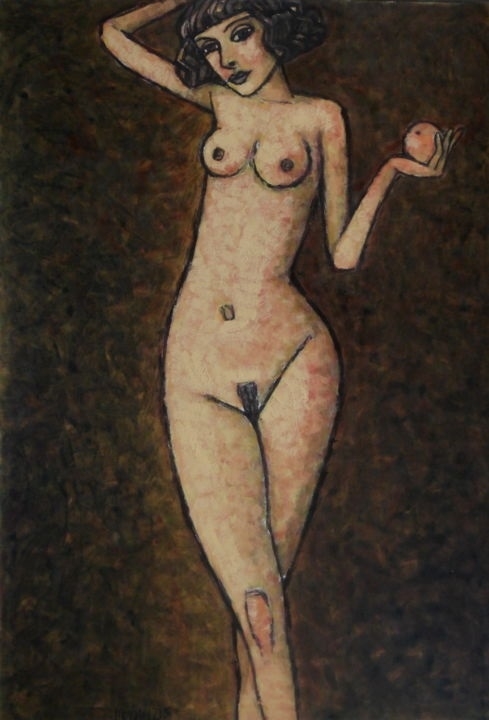 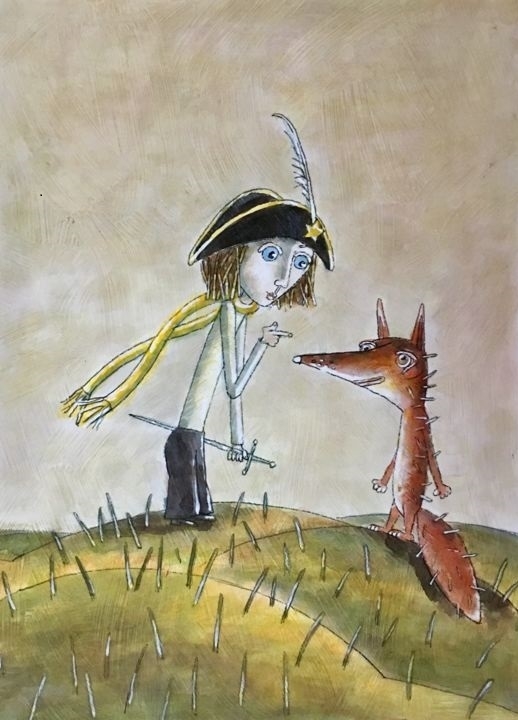 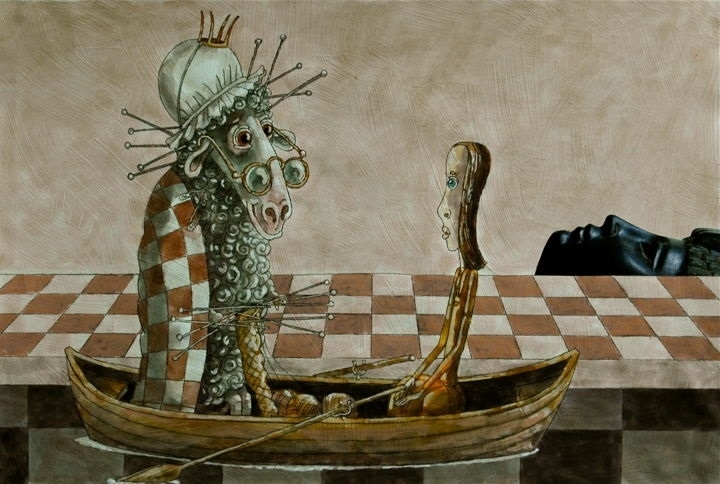 Fig. 9. Through the Looking-Glass, and What Alice Found There 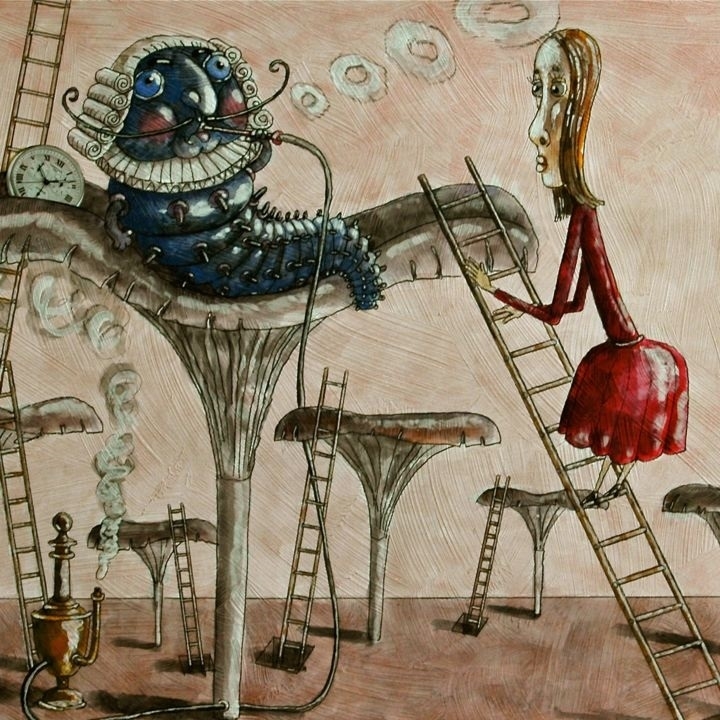 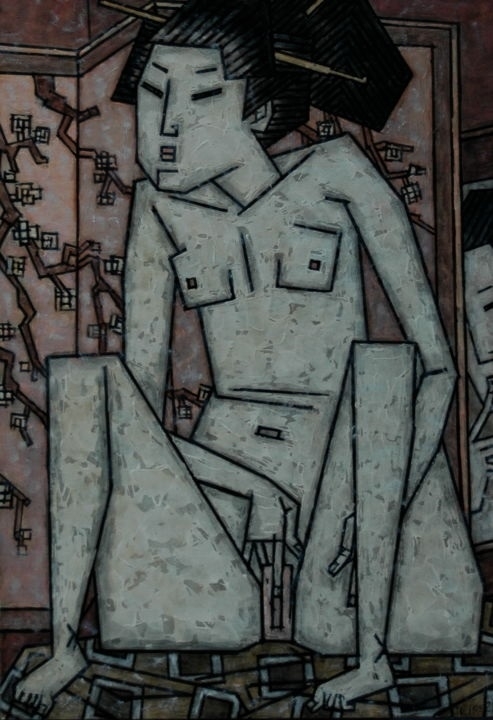 Fig. 11. The Girl Hidden behind the Screen

As Trubin’s series was devoted to the fine art oeuvres, he couldn’t miss an opportunity to pay homage to Hokusai, who is a world-known master of ukiyo-e engraving. Cubist manner removes smooth round lines of the originals, but some things remain unchanged. For instance, the crumpled undergarment, which is the most recognizable feature of Hokusai’s designs, saves its’ sharp angular shape in remakes by Trubin. The geometric kimono patterns seem to look bolder in a cubist context, as well as genitals, which became even more exaggerated. 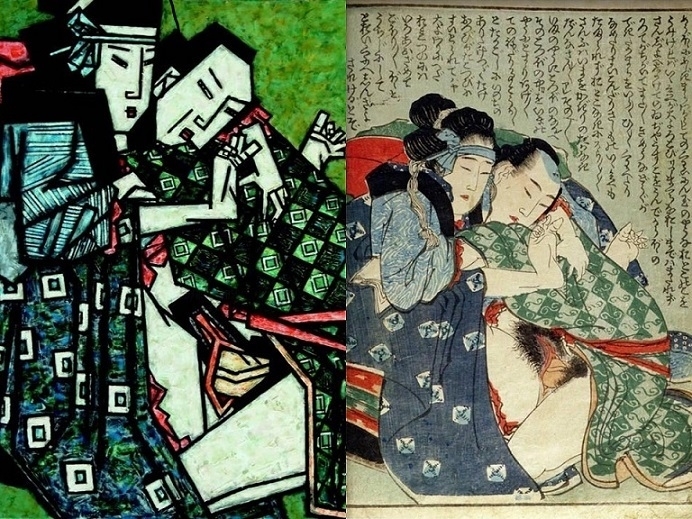 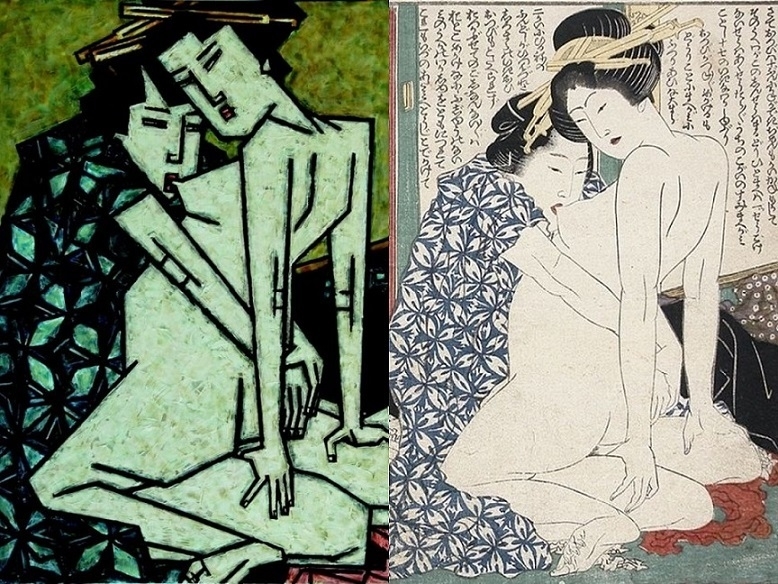 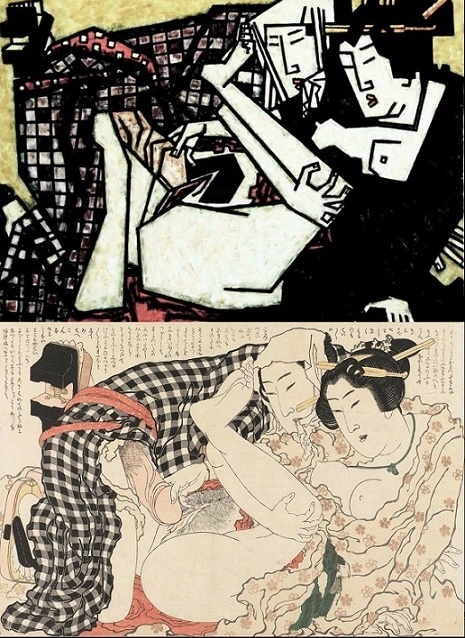 Another artist to pay tribute to was Kitagawa Utamaro. Judging by the number of paintings produced after Utamaro, Trubin especially loved to reimagine his shunga pictures and portraits. He appears to succeed in saving the atmosphere of the prints. Despite the roughness of the cubist style, the spectator still can feel peace and pleasure saturating these paintings as much as the originals. 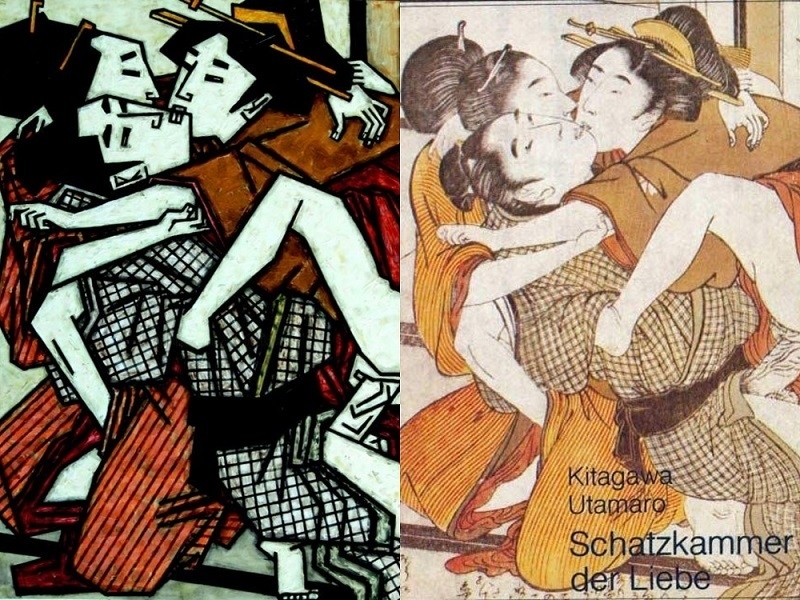 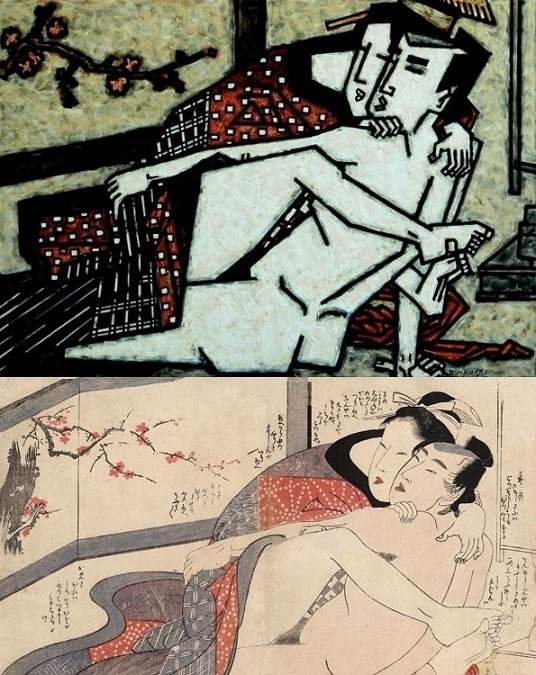 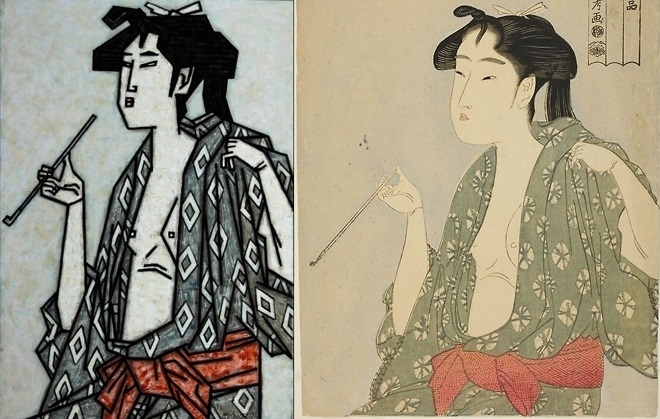 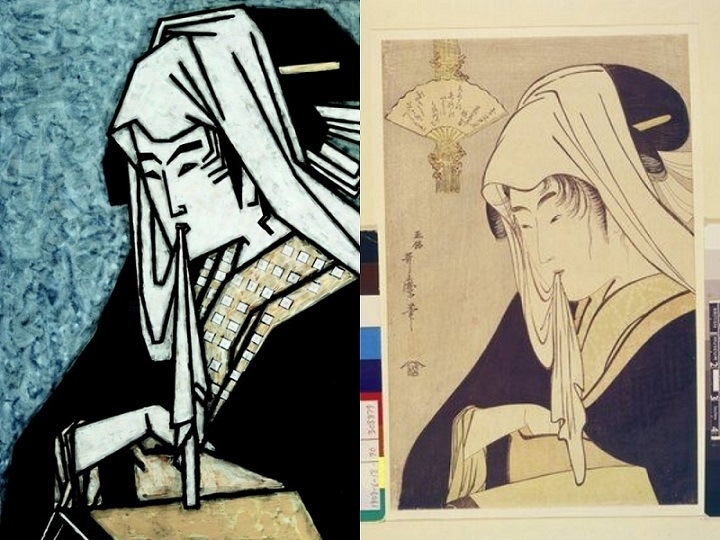 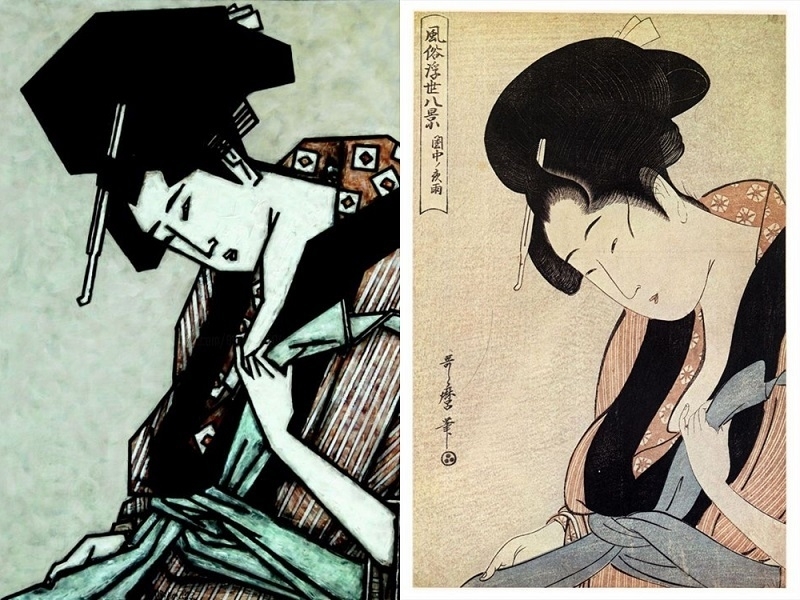 Although we haven’t found the exact source of fig. 21, fig. 22, and fig. 23 their coloring is close to benigirai-e or so-called “red hating prints,” in which subdued colors were used. As known, Katsukawa Shuncho produced many designs of this kind. Along with this, the influence of Utamaro can’t be wholly excluded, because this artist often used specific kimono patterns. 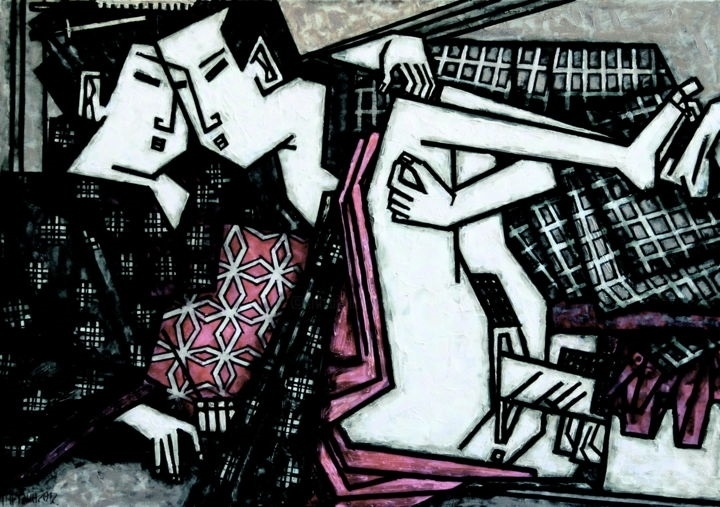 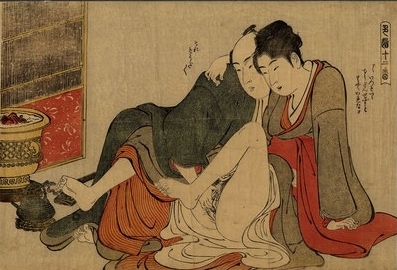 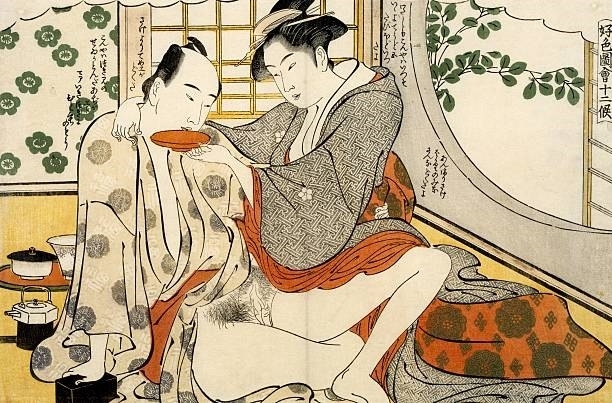 Another artist that supposedly influenced Trubin’s cubist interpretations was Isoda Koryusai. In the painting, you can still recognize some features (coloring, head, hair, facial expression) that are specific for shunga prints of the 17th century produced by Koryusai and Harunobu. 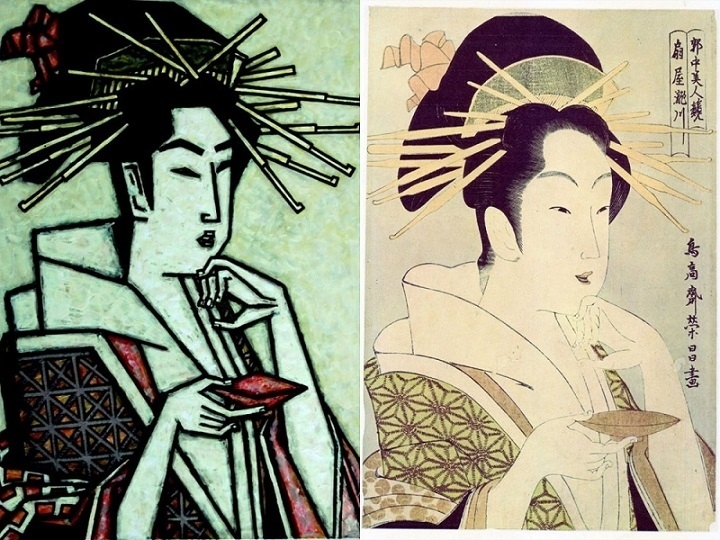 The Ukiyo-e master Hosoda Eishi, who was a disciple of Utamaro and Kiyonaga, wasn’t ignored by Trubin too. Eishi was a founder of the Hosoda school specializing in bijinga designs. Bijinga was a term used for pictures of beauties. The piece depicting Takigawa of the House of the Fan holding a sake cup (Ogiya Takigawa) became the source for a cubist painting of the Russian artist.

Two paintings from Trubin’s set were inspired by Utagawa Kunimaro’s “A Treasure Ship Embarking at the Isle of Women (Nyogo no shima takara no irifune).” Possibly, the artist was attracted by some exotic details like the carpet and the chair of queen Chidori. 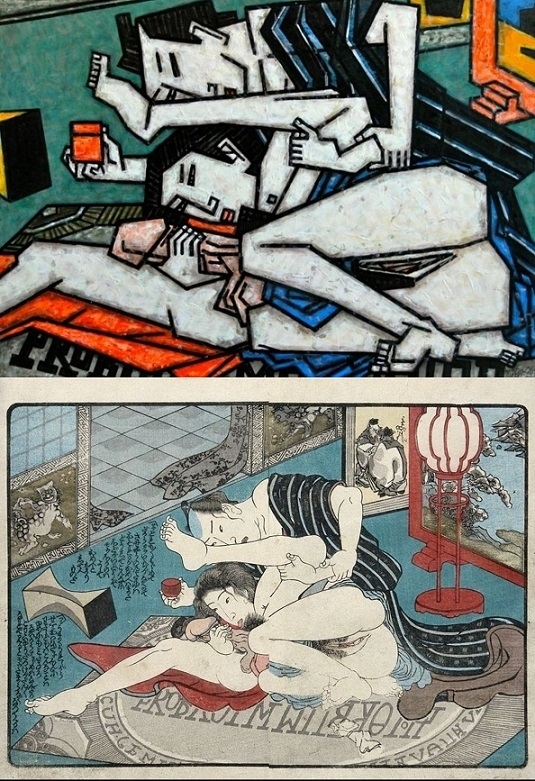 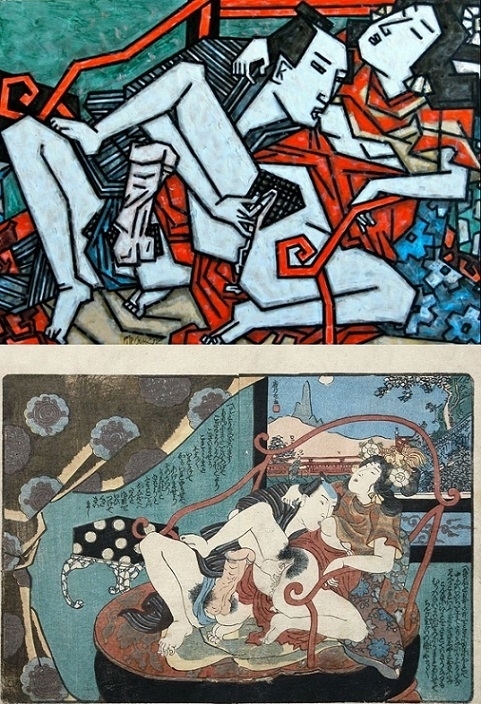 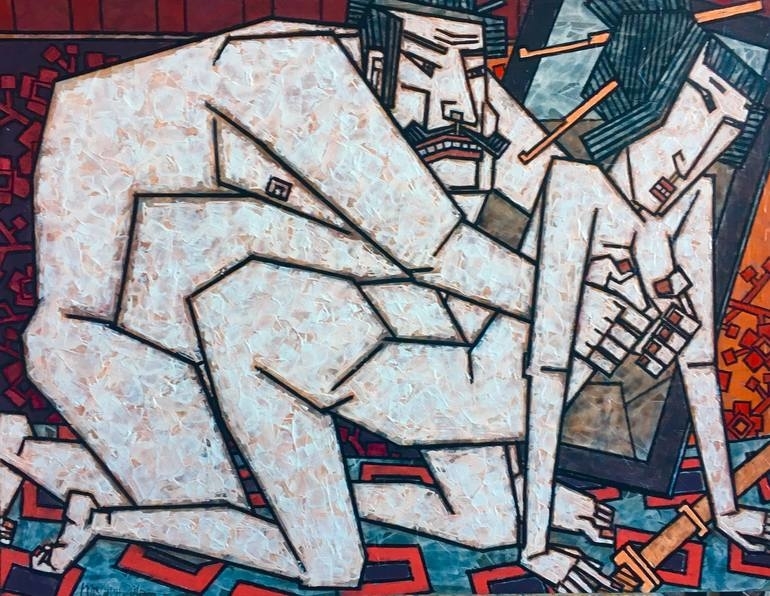 Fig.28. ‘Games of the Samurai‘ (Saatchiart.com)

Click HERE for an article that explores the similarities between shunga and the work of the French illustrator Martin van Maële….!!

Do you like these kind of articles that juxtaposes classical shunga and modern art? Leave your reaction in the comment box below…..!!