Thomas Rowlandson was an extremely productive master of sensual engravings, that’s why Marijn has already written two amusing articles on his works at the Shunga Gallery platform. This time we’ll focus on the work that involved two men: Thomas Rowlandson as an author of the set and the English bibliophile John Camden Hotten (1832-1873) as a publisher. The series, published in 1872, was a re-issue of the original book released in 1845. 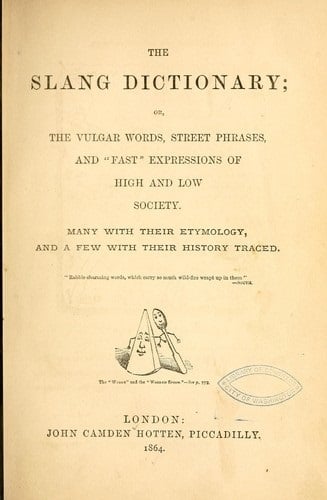 Fig. 1. The title page of the dictionary compiled by Hotten (openlibrary.org)

Of Broken Legs and Blue Devils

As Marijn’s told us of the life and works of Rowlandson, then we’ll learn a bit about John Hotten. He was born in a family of a carpenter of Cornish origin. At the age of 14, Hotten became an apprentice of the bookseller John Petheram and spent with his mentor some time in America. According to Mark Twain, the young dealer fled back to England when he was caught selling his master’s production as his own. In 1855, he opened a small bookshop in London. The specificity of his profession allowed him to make a wide range of acquaintances. Interestingly, he was a compiler of an English “dictionary of modern slang, cant, and vulgar words,” first published in 1859. The book was reprinted many times after his death. So, if you don’t know what to do to see blue devils, we’ll tell you that you need to break your legs, as far as blue devils mean alcoholic hallucinations and to break your legs means to get strongly drunk. 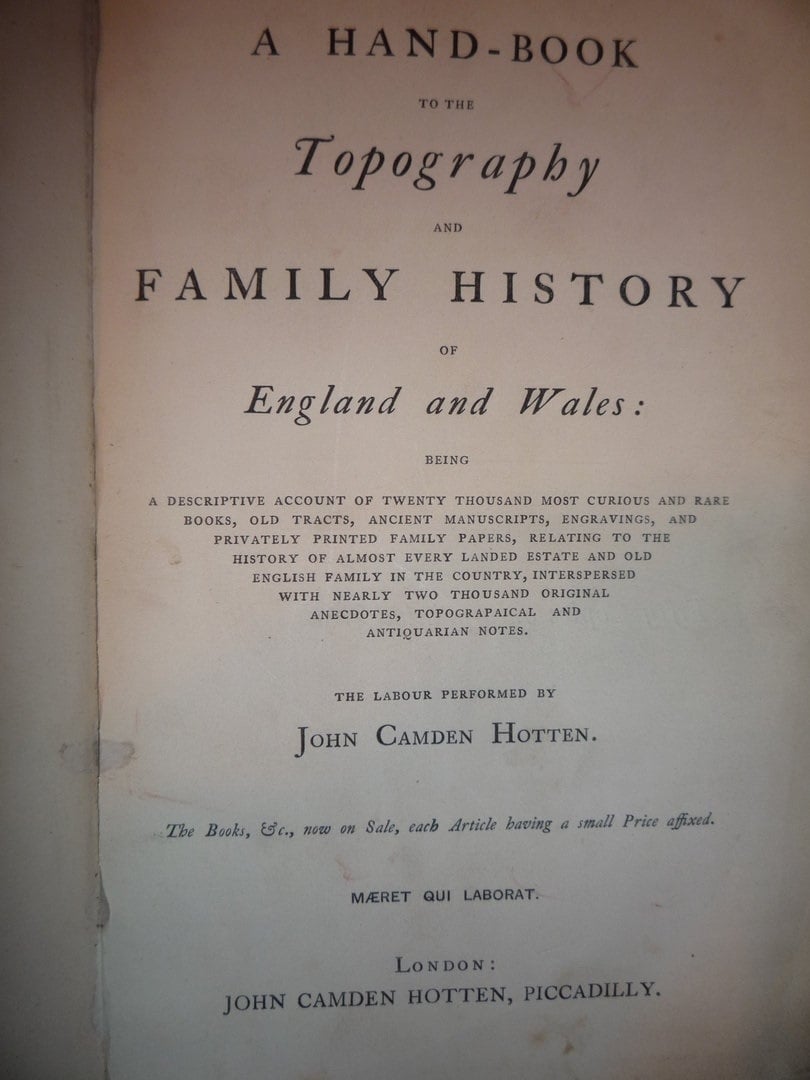 Fig. 2. Topography of England and Wales edited by Hotten (collingeandclark.co.uk)

The episode of Hotten’s death is curious enough. According to Bill Peschel, Ambrose Bierce once sold Hotten a collection of his articles for which he was given a bill that bounced when Bierce tried to cash it. He learned where Hotten lived and rushed there. The servant took him to the room, and angry Bierce, holding a cheque in his hand, shouted: “What the hell’s the meaning of this, Hotten?“. But when he got closer, he realized that Hotten was dead. The servant had mistaken him for the undertaker. 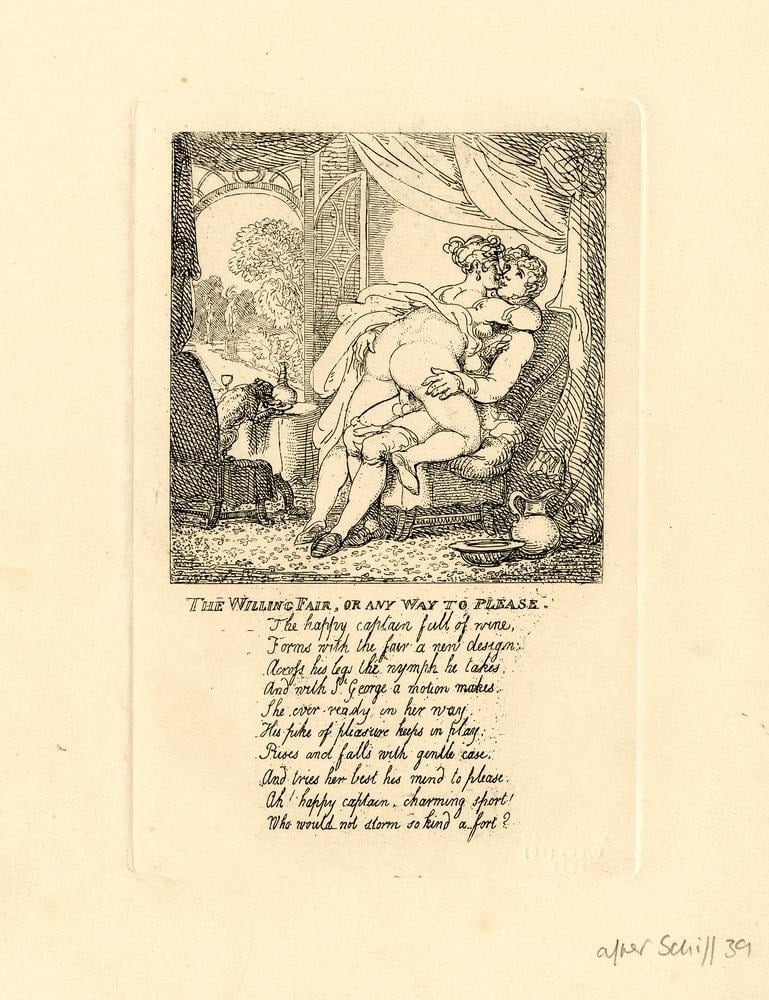 Fig. 3. The Willing Fair, or Any Way to Please (britishmuseum.org)

The Willing Fair or Any Way to Please

The happy captain full of wine,
Forms with the fair a new design.
Across his legs the nymph he takes,
And with St. George a notion makes.
She ever ready in her way,
His pike of pleasure keeps in play,
Rises and falls with gentle ease,
And tries her best his mind to please.
Ah! Happy captain, charming sport,
Who would not storm so kind a fort? 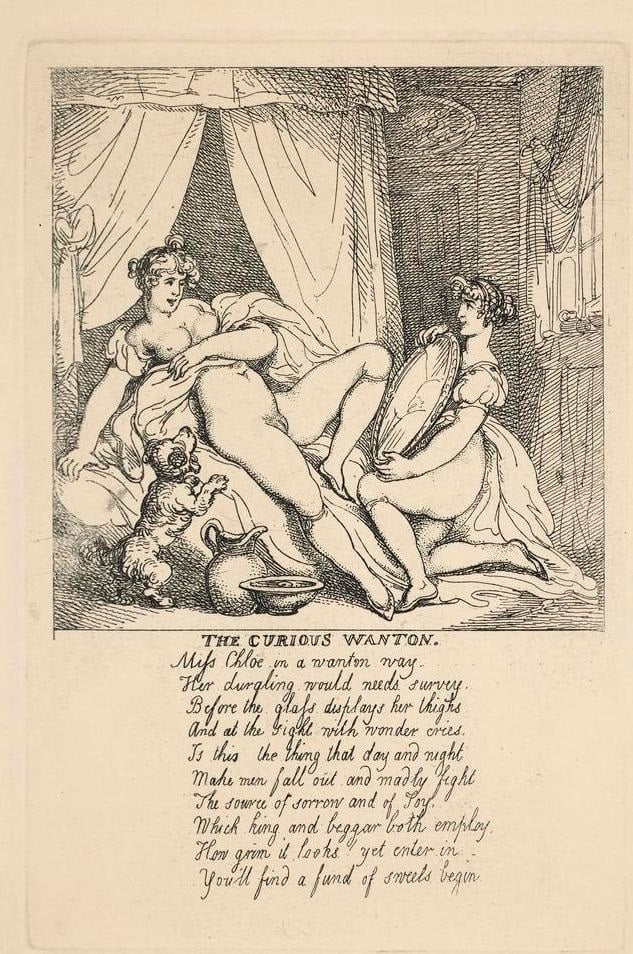 Miss Chloe in a wanton way,
Her duraling would needs survey,
Before the glass displays her thighs
And at the sight with wonder cries:
“Is this the thing that day and night
Makes man fall out and madly fight,
The source of sorrow and of joy,
Which king and beggar both employ,
How grim it looks! Yet enter in –
You’ll find a fund of sweets begin.” 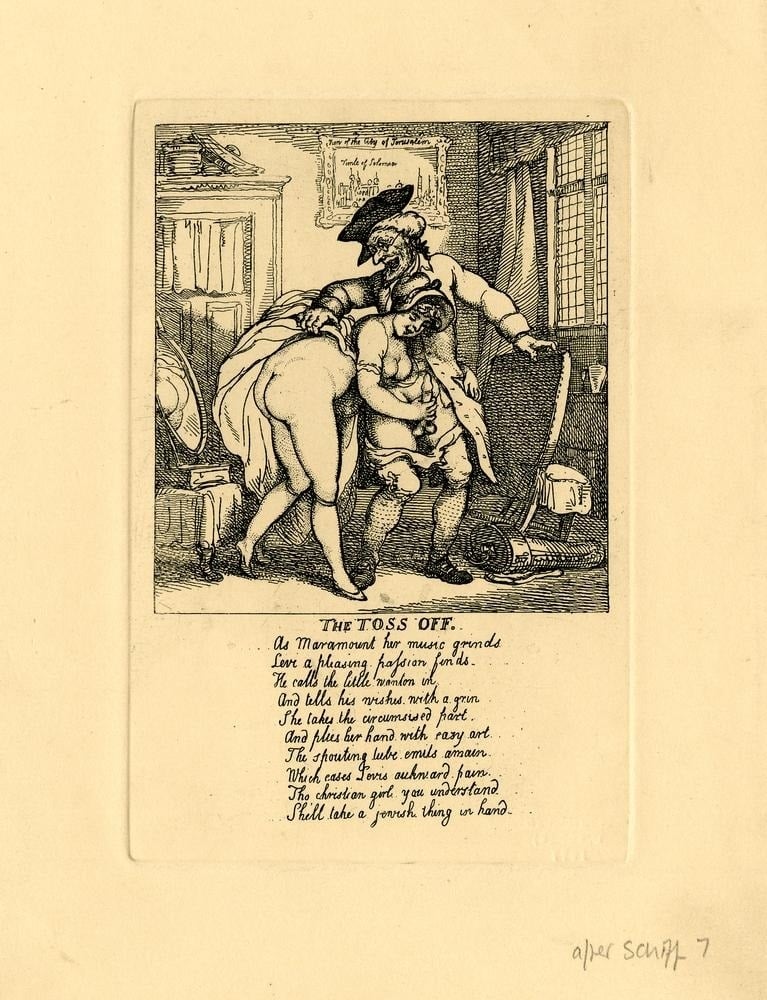 Fig. 5. The Toss Off (britishmuseum.org)

As Maramount her music grinds,
Levi a pleasing poison finds.
He calls the little wanton in
And tells his wishes with a grin,
She takes a circumcising part
And plies her hand with easy art.
The spouting tube emits amain,
Which eases Levi’s awkward pain,
Tho christian girl you understand
Shell take a jewish thing in hand. 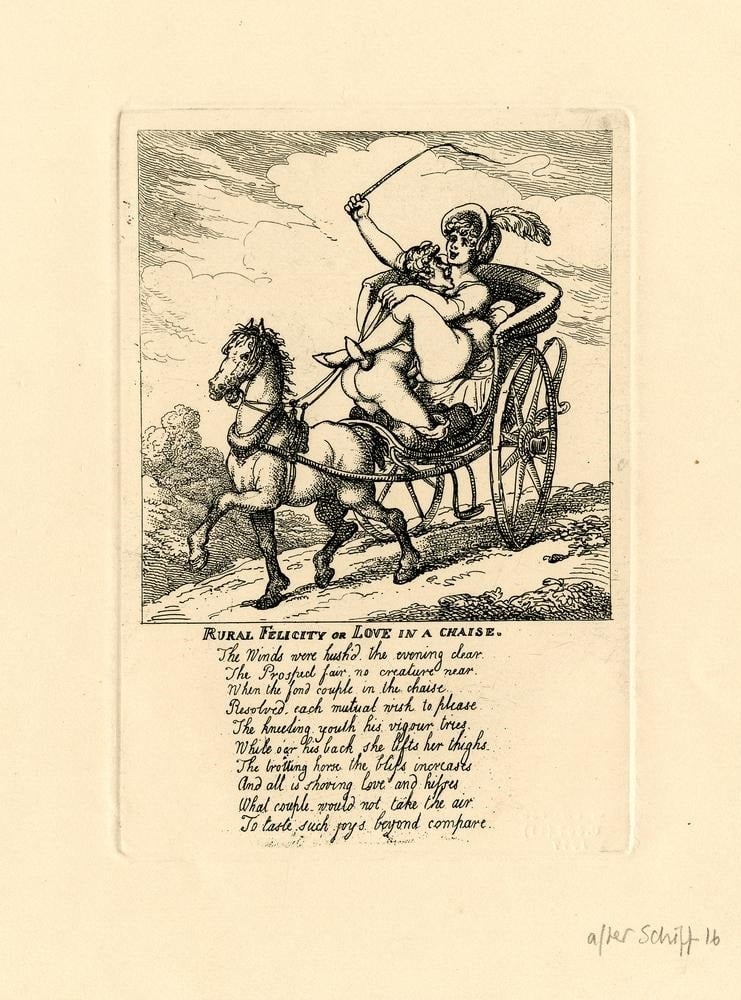 Fig. 6. Rural Felicity, or Love In a Chaise (britishmuseum.org)

Rural Felicity, or Love In a Chaise

The winds were hush’d. The evening clear.
The prospect fair, no creature near.
When the fond couple in the chaise,
Resolved each mutual wish to please.
The kneeling youth his vigour tries,
While on his back she lifts her thighs.
The trotting horse the bliss increases,
And all is shoving love and kisses.
What couple would not take the air
To taste such joys beyond compare. 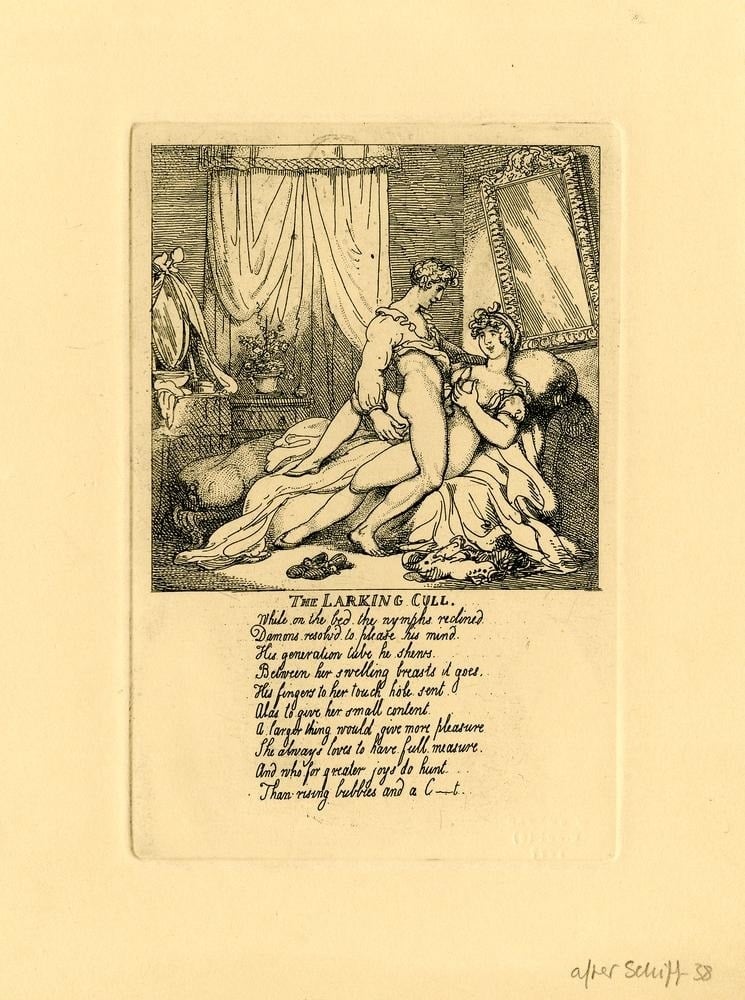 While on the bed the nymphs reclined,
Damons resolved to please his mind:
His generation tube he shows,
Between her swelling breasts it goes.
His fingers to her touchhole sent
Alas to give her small content.
A larger thing would give more pleasure,
She always loves to have full measure.
And who for greater joys do hunt
Than rising bubbies and a Cunt 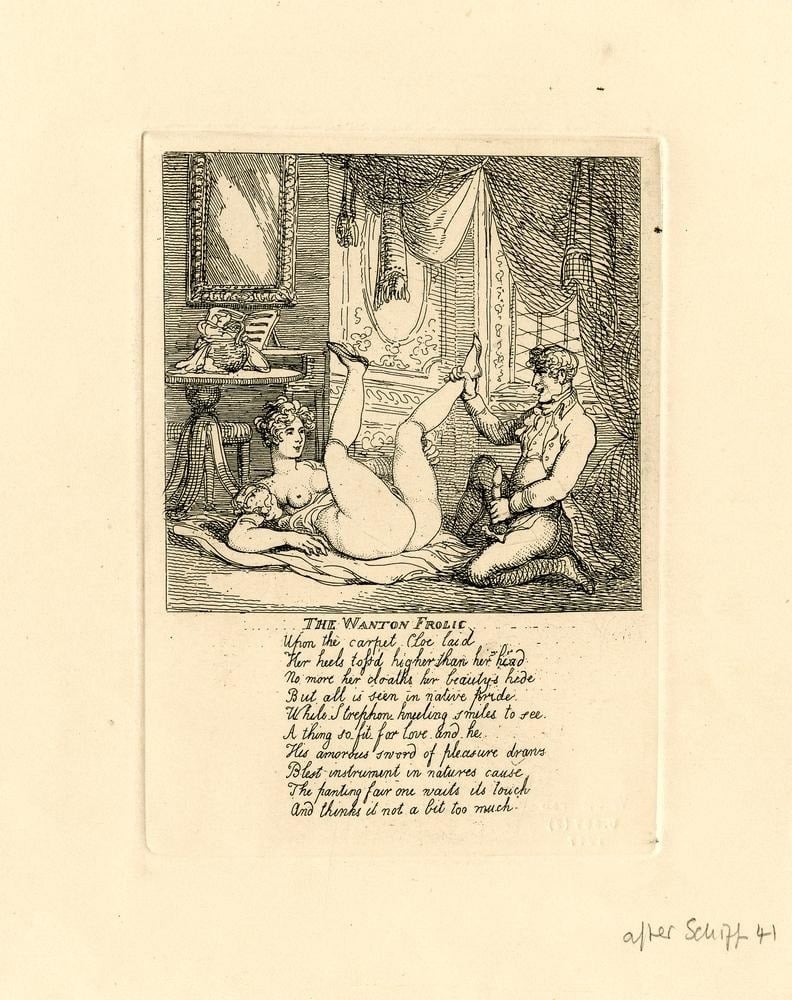 Upon the carpet Chloe laid
Her heels toss’d higher than her head
No more her cloaths her beautys hide
But all is seen in native pride
While Strephon kneeling smiles to see
A thing so fit for love, and he
His amorous sword of pleasure draws,
Blest instrument for natures cause
The panting fair one waits its’ touch
And thinks it not a bit too much. 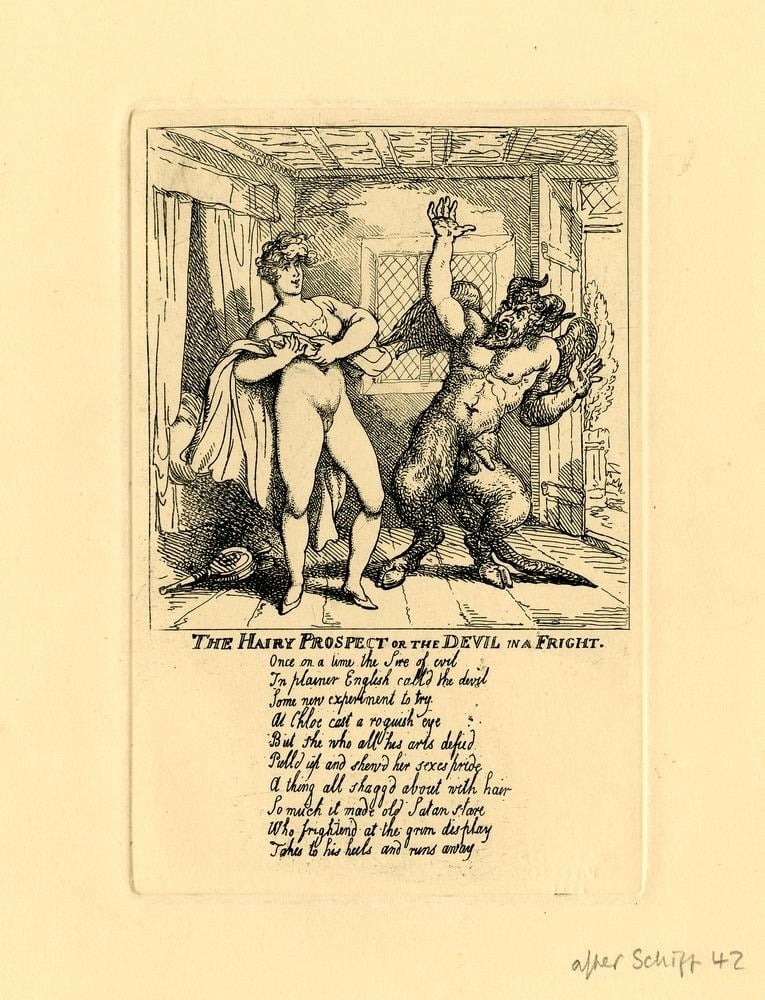 Fig. 9. The Hairy Prospect or The Devil In a Fright (britishmuseum.org)

The Hairy Prospect or the Devil In a Fright

Once on a time the Sire of evil
In plainer English call’d the devil
Some new experiment to try
At Chloe cast a roguish eye.
But she who all his arts defied
Pull’d up and showed her sexes pride
A thing all shagg’d about with hair
So much it made old Satan stare,
Who frightened at the grim display
Takes to his heels and runs away.

Click HERE and check out what Rowlandson’s erotica shares with shunga art…!!

Let us know your thoughts on this article in the comment box below….!!