As one may notice, the tree is a wide-spread cultural element symbolizing the bond between the Earth and the sky. In Scandinavian myths, there is a tree named Yggdrasil, which connects all nine worlds of Norse cosmology.

At the same time, we read about the tree of knowledge and the tree of life in the Book of Genesis. Recalling the archetypic role of the tree in human culture, we can speak of some more exotic manifestations of this image and its’ real equivalent. For instance, young people in India can marry trees, if astrologists predict their first marriage will be unlucky.

Moreover, the tree can become a real object to love, not only in mythologic narratives. There’s a special term arborophilia (arbor – tree in Latin) to define this kind of sexual deviations. Most recently arborophilia appeared in a satiric play of the same name by Jacob M. Appel (2006). The play is about a woman whose daughters have both vexed her in love: one is dating a Republican and the other has fallen in love with a poplar tree (wiki).

What’s more intriguing, the poplar tree is female. An incredibly poetic explanation of this kind of love was provided by Greek mythology. Every tree was considered to have a special tree-spirit called Dryad. The nymphs of the laurel trees, Daphnaie, were named after Daphne, whose story may give you probably the most well-known image of arborophilia. 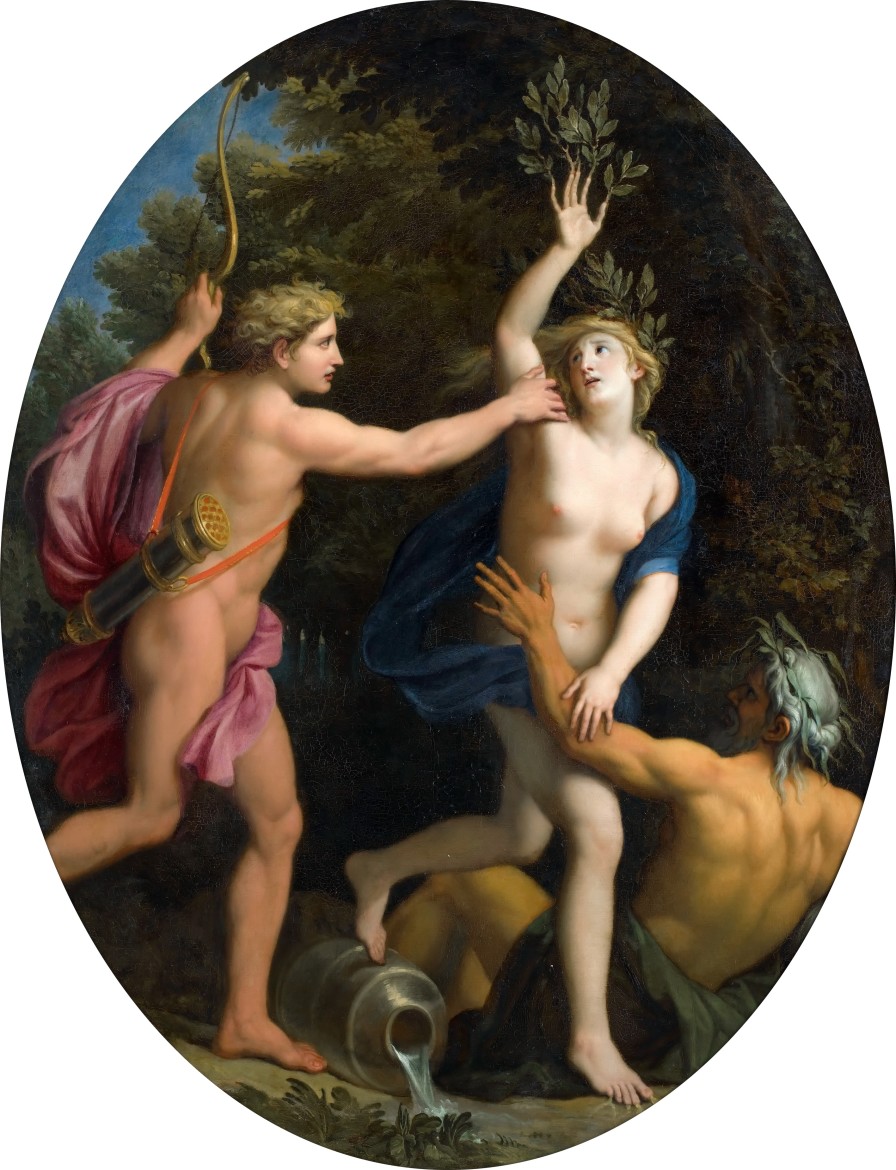 According to Ovid, Apollo, who was a god of archery, said to Cupid that his equipment doesn’t fit naughty kids. Cupid decided to take revenge and prepared for Apollo a golden arrow that caused love. The second arrow made of lead was prepared for the river nymph Daphne. This arrow caused hatred in her, so she ran away every time she saw Apollo.

Once he almost caught up with her, and she asked her father Peneus, who was a river god, to release her from the human body. Peneus heard this prey, and what Apollo eventually reached was not a beautiful nymph but a laurel tree. Some authors write that Apollo had raped the nymph. Daphne, who always hated marriages and wanted to be a virgin like Apollo’s sister Artemis, couldn’t live in her human skin feeling ashamed and terrified after this. 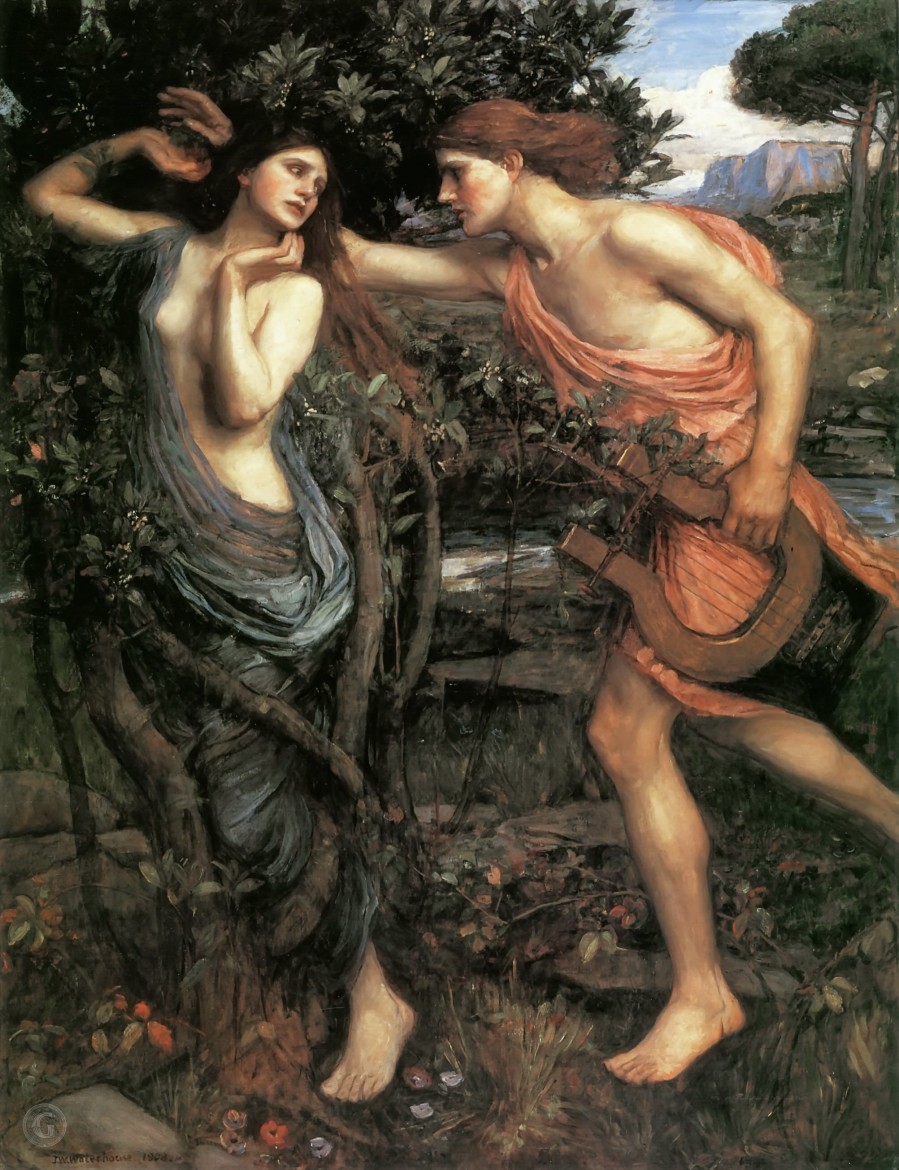 Sorrowful Apollo vowed to honor the nymph, that’s why he wears the laurel chaplet, and his lyre is decorated with laurel branches. He also made the laurel tree evergreen. This plot is widely used in art: we can recall paintings by Houasse, Chasseriau, Waterhouse, and a famous sculptural composition by Bernini. 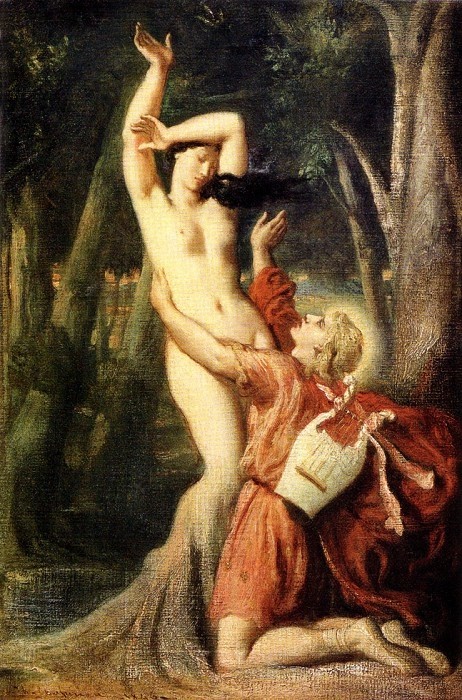 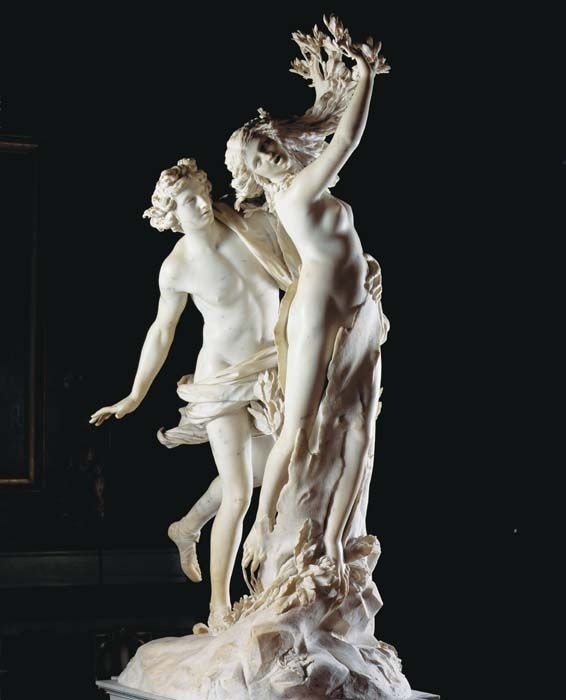 There are also tree spirits in Japanese and Chinese mythology, however, their image is far from that of Greek shy forest maidens. Penghou, the creature that lives in trees, looks like a black tailless dog. The story about the penghou in the Camphor tree from the Chinese book Soushenji (“In Search of the Supernatural”, ca. 4th century) may remind of the wood of the self-murderers in Dante’s Inferno, as the felled Camphor tree was bleeding. However, it was not the damned human being in the shape of the tree, but the tree spirit itself, whose meat tasted like the meat of a dog. 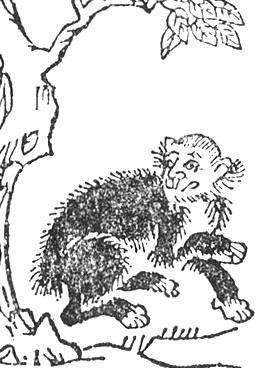 The theme of arborophilia scarcely can be seen both in Western and Eastern art, but when it appears, the tree in these works often symbolizes not masculinity, as it may seem due to its’ phallic shape, but femininity.

Among shunga pictures from Ehon eikataigai (ca. 1787) by Shuncho, we face a print depicting man and woman who make love to each other, and a man who makes love to a tree. The tone of this picture is rather humorous than tragic, and it seems that Shuncho pokes fun at his characters. 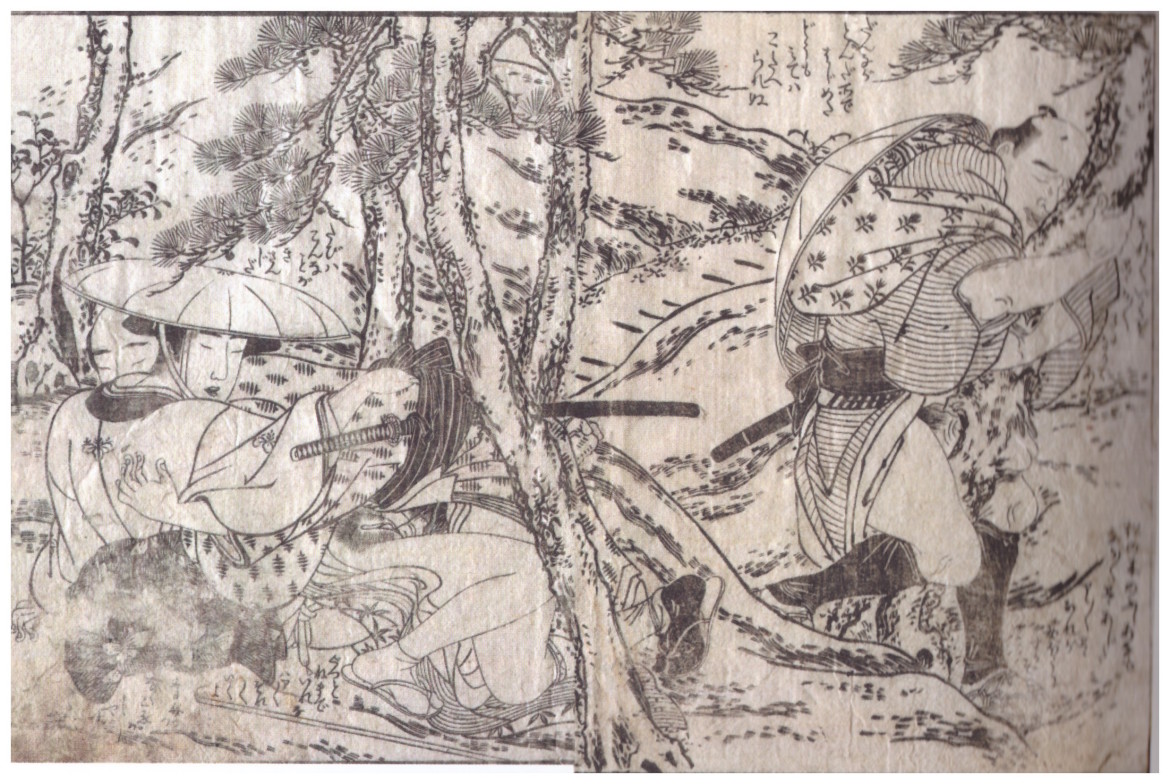 Another image by Shuncho that seems to be close to this theme, belongs to Ehon waraizume (ca. 1788). Here we see a couple and an aroused tree in the background. The man makes advances to the woman, who declines his attempts and holds her kimono down, while the tree, real or drawn, is ready to replace her. 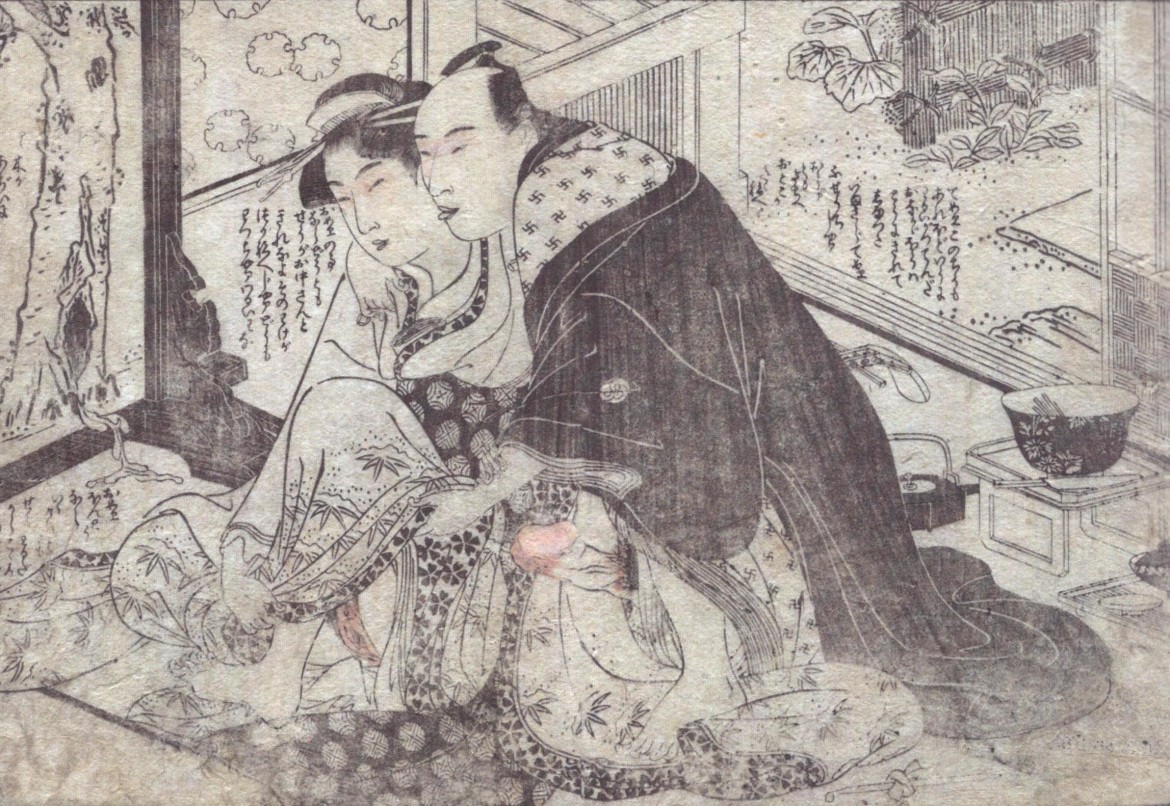 This image one can regard as a twisted version of the story about reluctant Daphne. The evergreen laurel tree is a symbol of Daphne’s chastity and the tree in the image by Shuncho is, on the contrary, a symbol of lust.

Were you familiar with the term arborophilia before you read this article? Leave your reaction in the comment box below…!!