Women awabi (ama) divers made a frequent motif of ukiyo-e since the early years of the woodblock printing art. No other themes appeared to be better suited to express the beauty of the female body in a form acceptable to the public in those days. This three-piece suite by Utamaro is the most famous of all ukiyo-e portraying awabi divers.

Utamaro completed this masterpiece around 1795 when his artistic career reached his heights. Among other three-frame pictures he produced were ‘Firework Sho at Ryogoku‘. ‘Enjoying the Evening Cool on a Bridge‘ and ‘Under the Ryogoku Bridge‘. 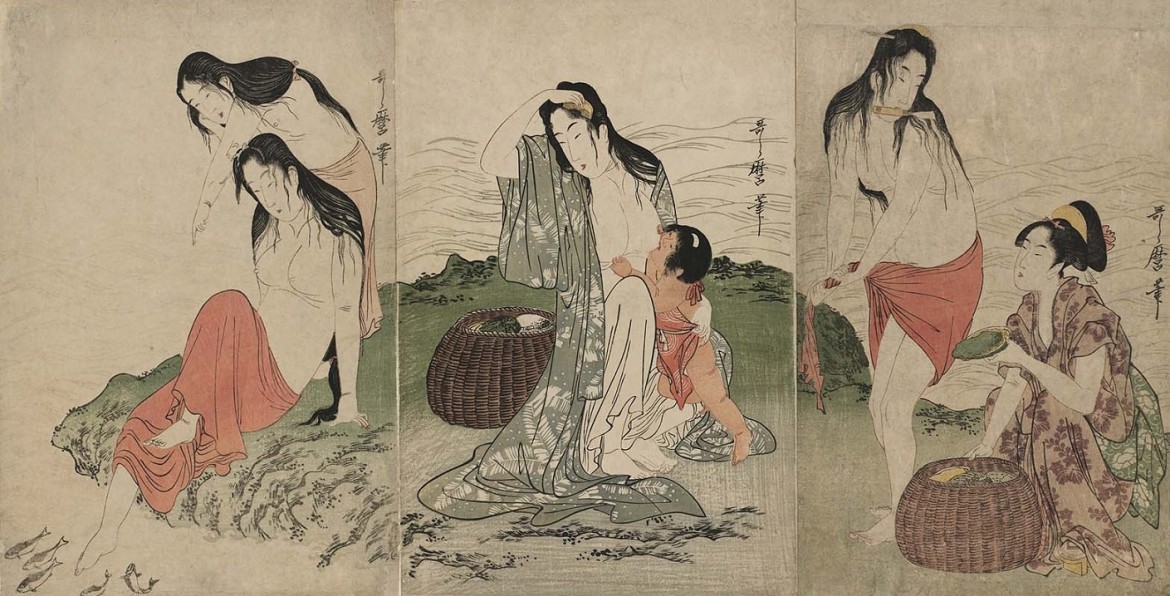 In his ‘Awabi divers’ triptych Utamaro limited the use of color to the red of the women’s underskirts, and light blue and purple of their kimono. It was unusual that he drew the contours of female bodies in flesh color – not in ink black. Thus, he succeeded in describing, in simple color and lines, the charm a high-torsoed body which characterizes the Japanese women.

The picture depicts women after a dive. At left (Fig.3) the two divers take a break, relaxed after work, while in center (Fig.4) a mother breast-feeds her baby – a scene similar to that ‘ Yamauba and Kintaro.’ At right (Fig.5), a youthful diver wrings the water from her red skirt, her wet hair flowing loose over her shoulders and a knife caught between her teeth. The beauty kneeling beside her, shows her colleague a large shell that she has taken out of the basket full of abalone. 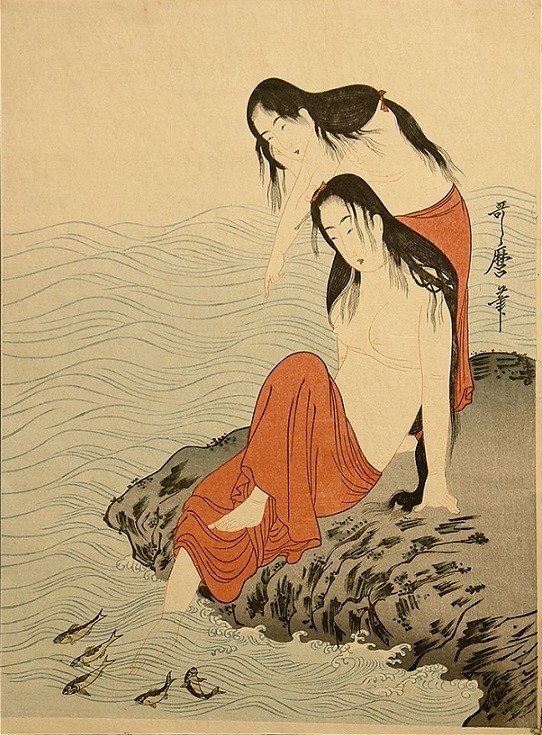 The purpose of a three-frame ukiyo-e picture was to present a story in a sequence off different scenes, while making each frame a work of artistic value by itself. 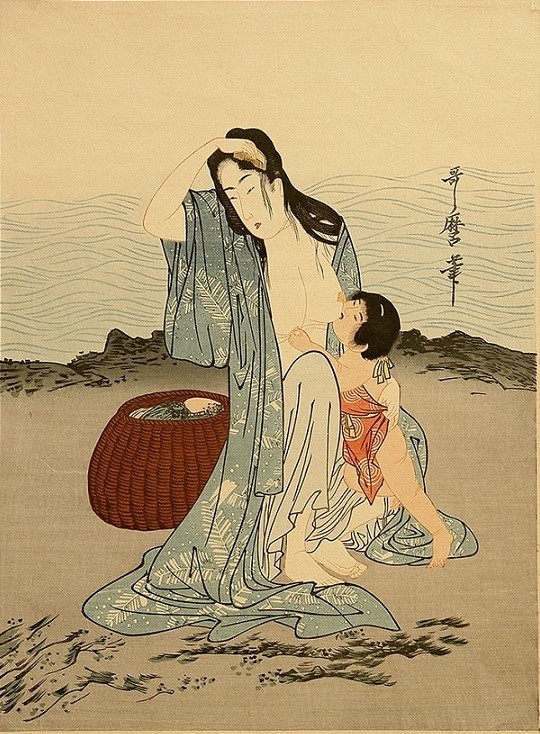 Anyway, the Utamaro work, along with Kiyonaga’s ‘Furoba no zu (A Scene in the Bathroom)‘ (Fig.6), has long been known as one of the best nude paintings ever produced in Japan. 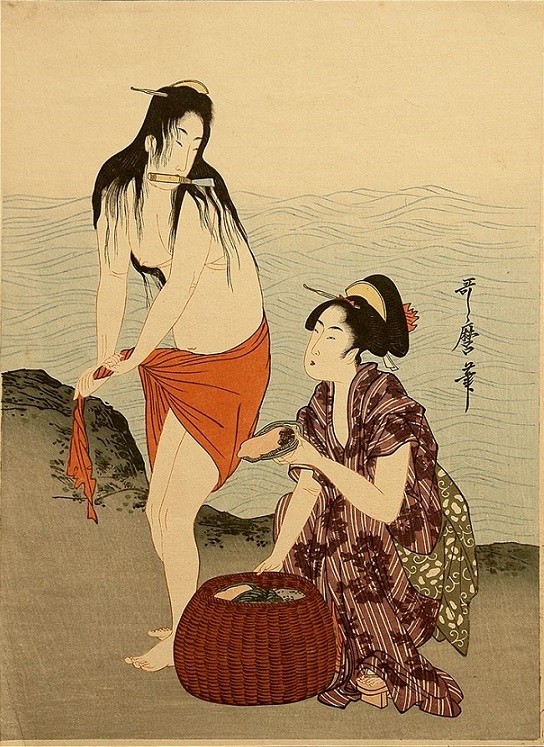 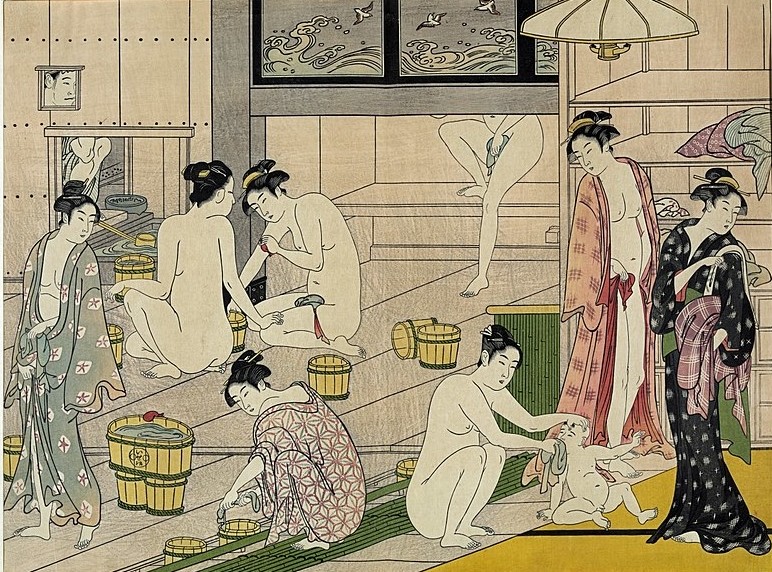 What a lovely work of art! So peaceful, soothing and full of harmony. The girl on the left corner, who's pointing at fishes, reflects one's emotions from this print precisely enough. Btw four half-naked women (plus one kid) and only one belly button is displayed... but that's already too much for one picture obviously ;-)

Thanks Darya. Yes, although Utamaro uses the triptych format to its perfection in this design, the individual panels also stand on their own!