The Shocking Abuse of a Rokurokubi By Two Samurai

Rokurokubi (ろくろ首, 轆轤首) are shown in the Japanese spirit (kaidan) and in apparition (yokai) tales. These ghosts (often female) are very similar to humans with only one major distinction. Rokurokubi spirits are divided in two categories: one can extend its neck (which we’ll study today) and the other one can seperate its head and let if fly around freely (those are called nukekubi). Their origins are unknown. Some say it was created simply for entertainment purposes rather than deriving from any myths or folklore. 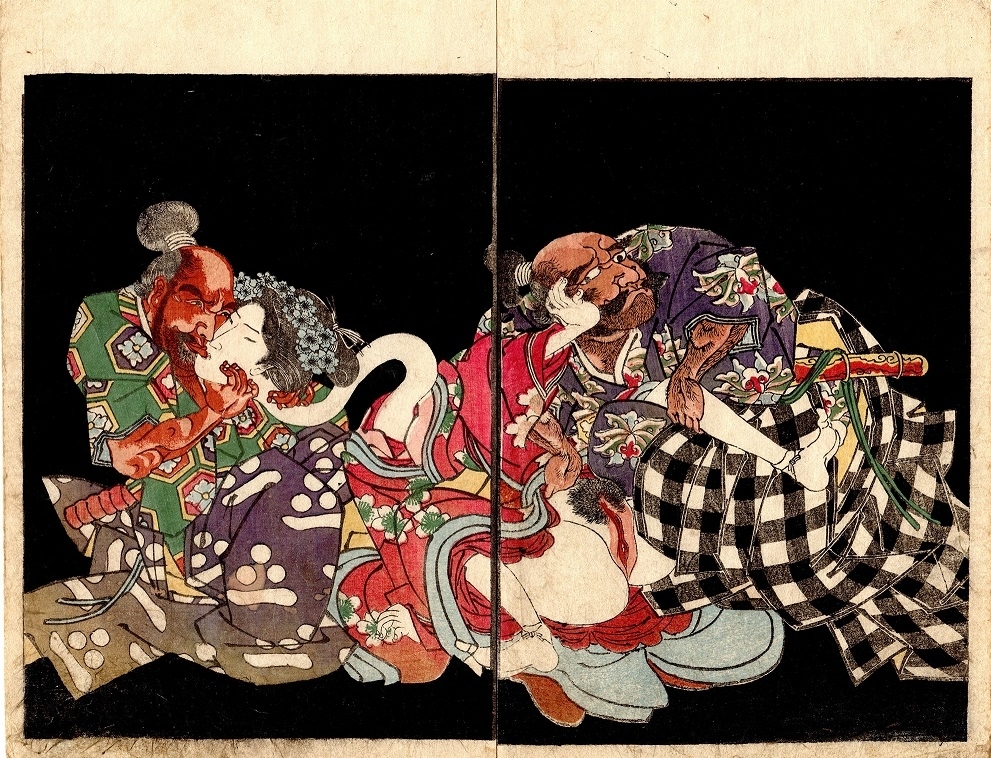 There are stories in which the rokurokubi are not a yokai. In these cases they are humans who have a disorder that alters their body. In his work ‘Kanden Kohitsu’ the Edo era author Ban Kokei tells the tale of a Yoshiwara geisha whose neck would stretch during her sleep. This was due to a body condition where her heart would come loose and neck would lengthen.

‘Rokurokubi yokai taken from behind by a hairy ruffian. They are watched by a Hitotsume-kozō (young cyclops)‘ (c.1790) from the series ‘Ehon fukwarare‘ by Katsukawa Shuncho

In the above shunga design a long-necked female demon is overpowered by two muscular samurai whose intentions are clear. Despite the rokurokubi’s fierce resistance she is not standing a change. The samurai on the left holds on to her neck pushing his tongue into her mouth while the other one is pulling up her undergarment.

Click HERE for a striking shunga design that portrays a levitating Phallic God. A print that inspired Pablo Picassso !

What Are the Secrets of the Genital Exaggeration in Shunga?
03 februari 2019
Place comment