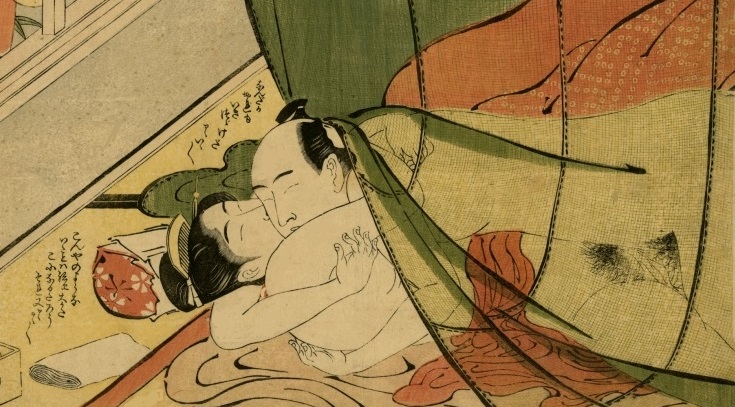 Passionate Sex Underneath a Mosquito-net

Katsukawa Shuncho (act.c.1780s-early 1800s) is among the finest ukiyo-e artists of the eighteenth century, and his corpus of work is devoted entirely to pictures of beautiful women (bijinga) and erotica.

Every print has a stylized cloud-shaped border along the top. Interior architectural elements are used extensively in the designs, often juxtaposing the direction of the suggested movement of the couples.

The reworking of blocks and the differences in printing quality imply that the edition was probably rather substantial. This is a clear indication that the series was a significant financial success.

The following print is a striking exmple of Shuncho’s genius…

During a sultry afternoon, overwhelmed by the heat, a desirous couple has partly left the mosquito-netting because of the warm weather. Through the latticed window we can see bamboo decorations and tanzaku* papers that are connected with the Tanabata Festival and therefore link this image with the seventh month.

HERE you can find an amusing design by Utamaro featuring a mosquito-net!

*Tanzaku are small pieces of colored paper with poetic wishes

Tsukimi: The Playful Dialogue of a Married Couple Enjoying the Full Moon Together
25 januari 2019 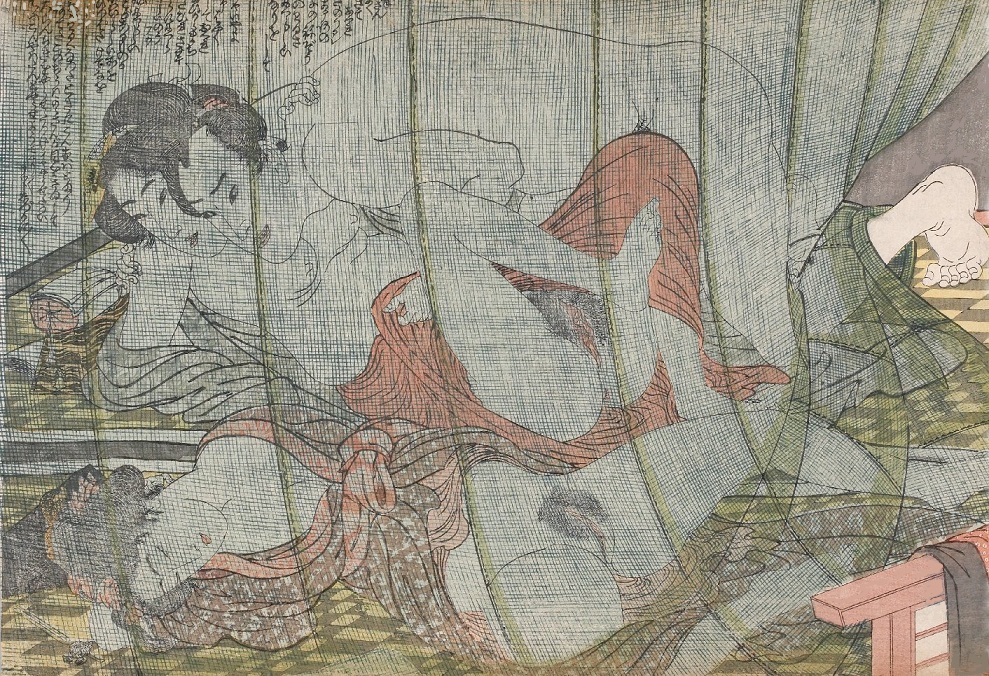 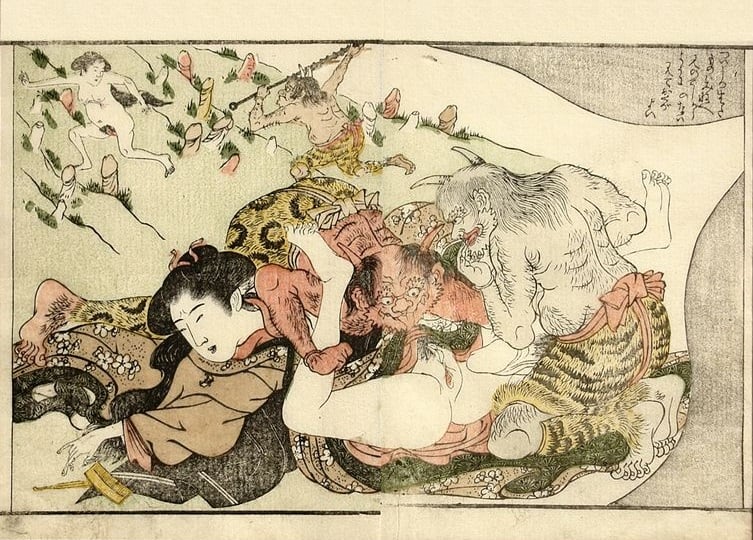 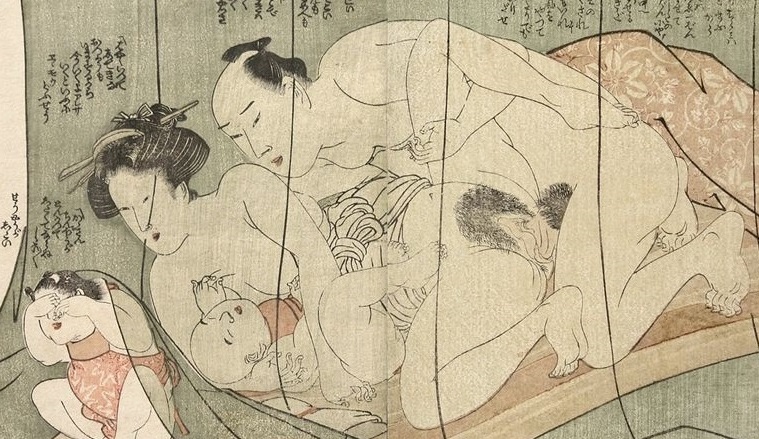