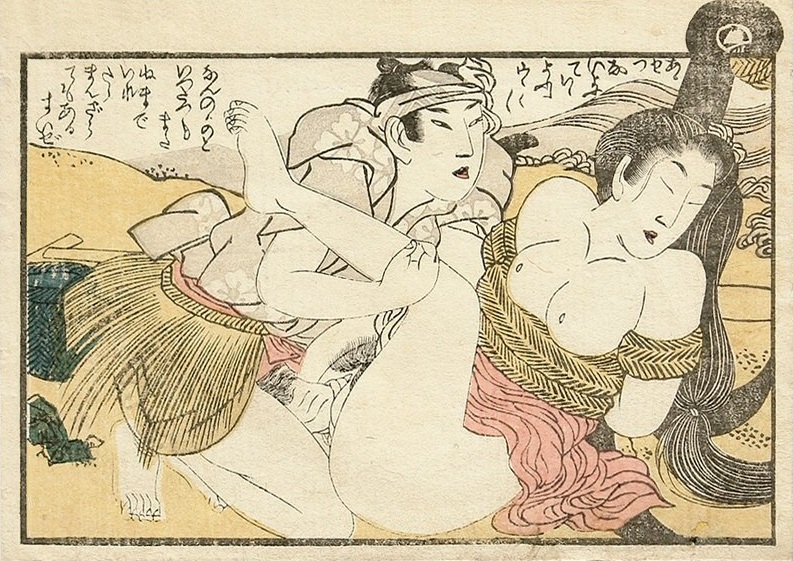 In the dunes near the sea we see a male awabi (abalone) diver making love to a tied-down female colleague. The woman is attached with ropes to an anchor. The waves in the background emphasize the direction of the movement in the design.

Initially I thought this was a rape scene but after closer study I am pretty certain that it is a female fantasy scene like Hokusai‘s The Dream of the Fisherman’s Wife.

The artist Utagawa Kunimaru was a pupil of Utagawa Toyokuni I (1769-1825) and therefore entitled to carry the name Utagawa. Besides that he wrote Haikai * poems and that he mainly designed kabuki actors, courtesans and books little is known about him.

*Haikai  is a short comical verse with a specific rhytm. They were looser in convention than Renga poems, and were often funny and vulgar. 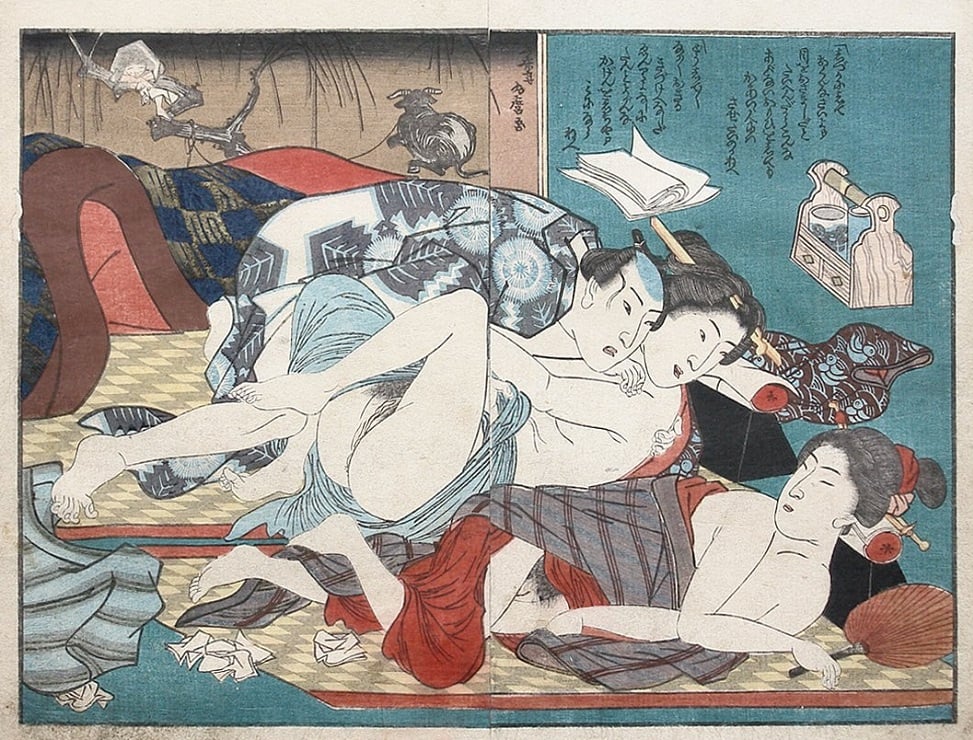 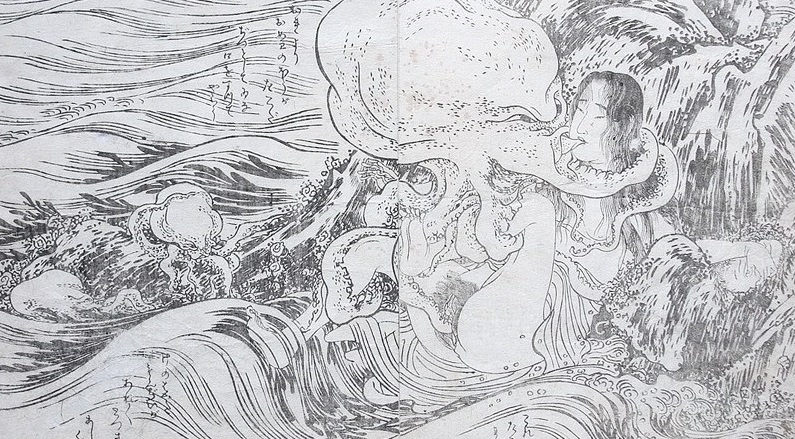