When it concerns shunga, Toulouse-Lautrec seemed specifically fascinated by Utamaro’s ‘Poem of the Pillow’ (Utamakura – see Fig.1.)‘, 1788. He acquired a copy of it from Edmond de Goncourt (1822-1896). The latter described the series as follows:

“The Poem of the Pillow, a marvelously printed work, with a harmony, I repeat, has no equivalent in European prints, and in which the clarity of the nude figures contrasts brilliantly with the luminous color of the silk robes, scattered by amorous liaisons, and in which the fauve color of the Mounds of Venus [public area] is highlighted voluptuously against the whiteness of the pinkish feminine skin.”

Fig.1. ‘Lovers in a private room in a teahouse‘ (1788), oban format, from the series ‘Poem of the Pillow‘ by Kitagawa Utamaro

The influence of printed ukiyo-e imagery on Lautrec’s work is deep-rooted. This can be seen in the application of the ink, the use of color and the placement of the composition in his posters like Moulin Rouge (1891 – see Fig.3.), Divan japonais (1892), or Jane Avril (1893), and is equally apparent in his drawings, paintings, and prints.

Furthermore, Toulouse-Lautrec’s art is connected with ukiyo-e prints technically through the use of mass reprographic technology, as well as thematically through the depiction of the world of popular entertainment in the theaters and the brothels. He was particularly drawn  to shunga, which shaped the core of his Japanese print collection.

The amorous scenes – The Kiss (c.1892 – see Fig.5.), In Bed (c.1892) or The Sofa (c.1894-96) – expose Toulouse-Lautrec’s more secretive side, but one nevertheless influenced by Degas’s monotypes and shunga. However, these paintings are not images of explicit sex; they utilize the same subtle visual language that Utamaro applied in Poem of the Pillow.

In the monograph Outamaro Goncourt created the image of Utamaro as “the painter of the maisons vertes“. Maisons vertes is a straightforward translation of the Japanese word seiro,which means “green house,”or brothel. Because Toulouse-Lautrec was a frequent visitor of the high-class Parisian establishments he became Utamaro’s counterpart and was known by the moniker “the Utamaro of Montmartre”.

“The collection in the wealthy brothels contained licentious images from the Far East. Japan is represented among these…its contingent of extraordinary fantasy transmitted by the Island of Women [Nyogogashima], the Island of Men, and so forth. The brothel owner’s museum can possess all: it is inviolate.”

Click HERE for an article on the sex adventures of three castaways on the Island of Women….!!

Let us know your thoughts on Lautrec’s work in the comment box below…!! 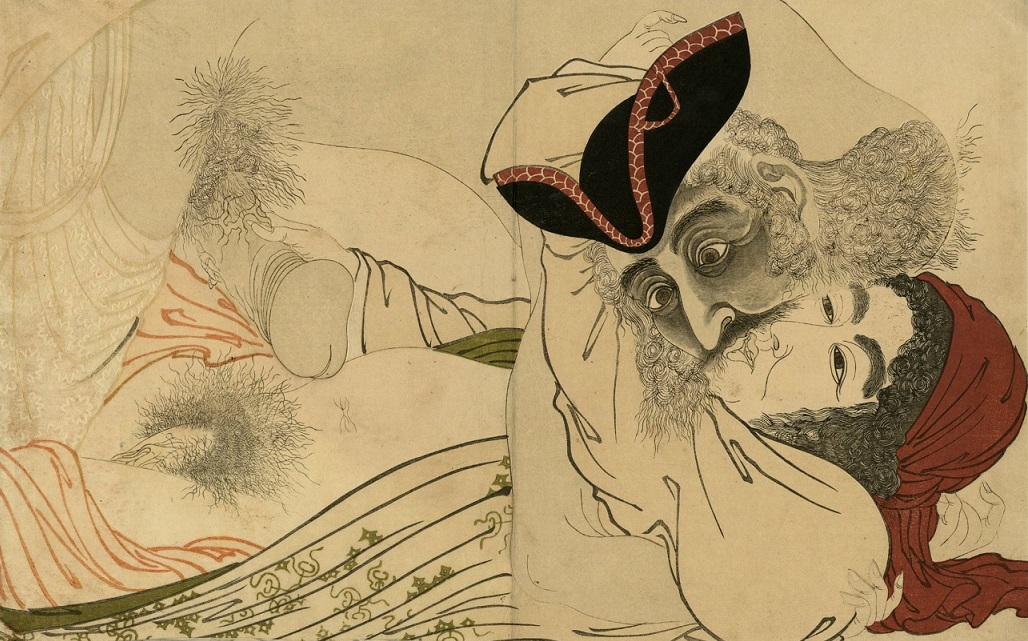