The sexual scenes take place in interiors, some of which are rendered in the finest detail, as for example, in the depiction of the trunk seen behind the two lovers (image in Premium), or in the screen decorated with a black landscape in black ink and in the opulent clothes strewn on the floor during the sexual encounter between a courtesan and her lover, who is shown calm and satisfied as he smokes a pipe (image in Premium).

In another scene, on the other hand, the figures are shown in no particular setting, and with only some shading in the background color (Fig.13). One feels that these are brief and very intense love scenes, judging from the characters' facial expressions and the muscle tension evident in their bodies.

Below a selection of the illustrations in the books... 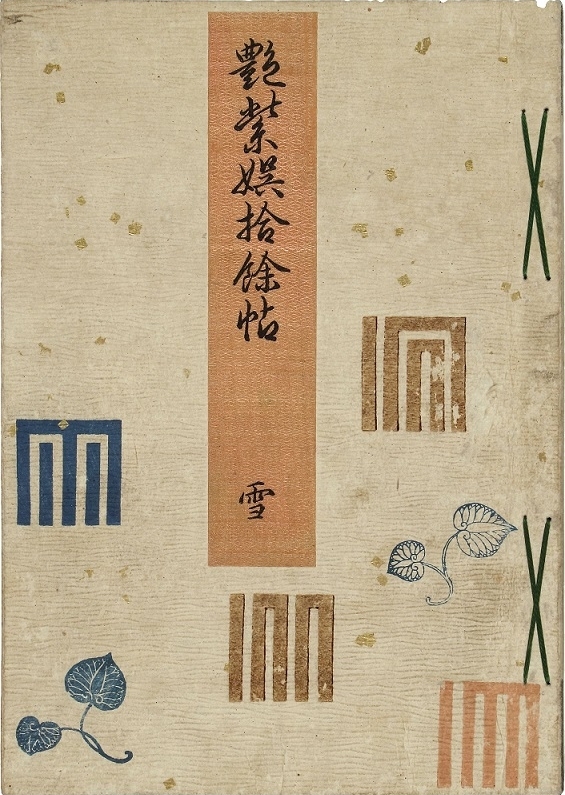 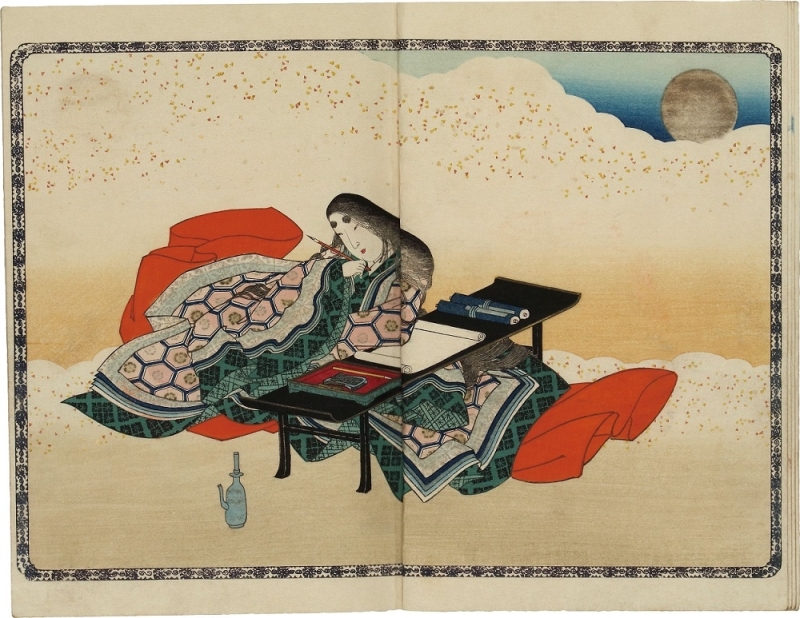 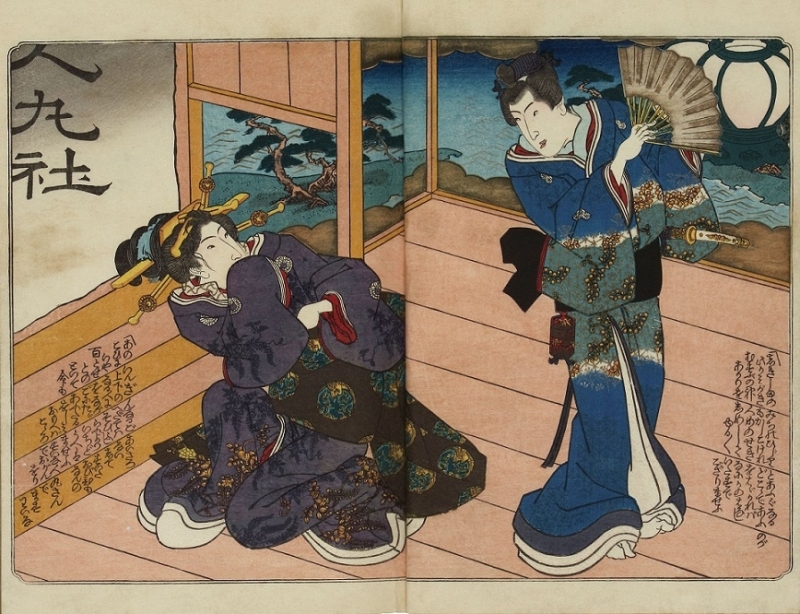 The man is Mitsuuji, hero of the novel, and the woman is Fuji-no-kata. On the left appear the characters 'Hitomarosha', the name of the venue for the couple's secret assignation. This is a direct reference to part two of the parody novel Inaka Genji. 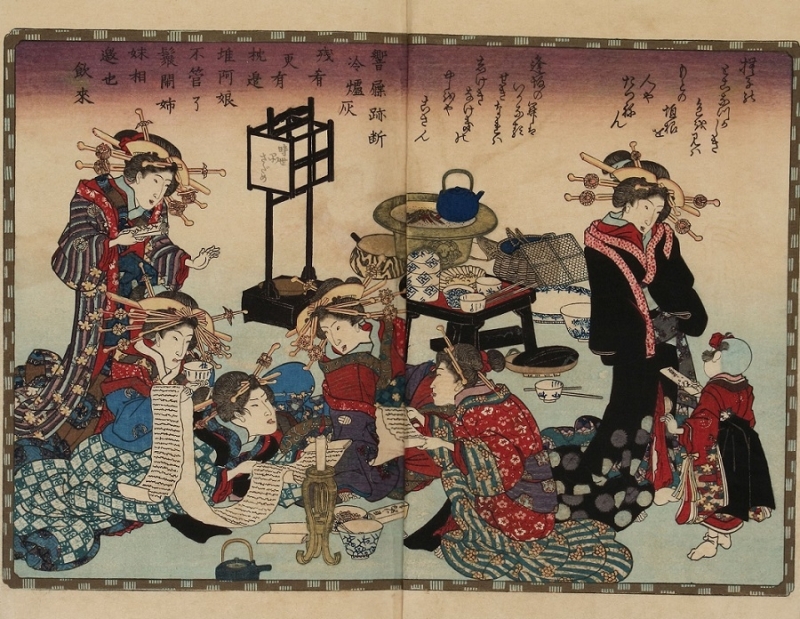 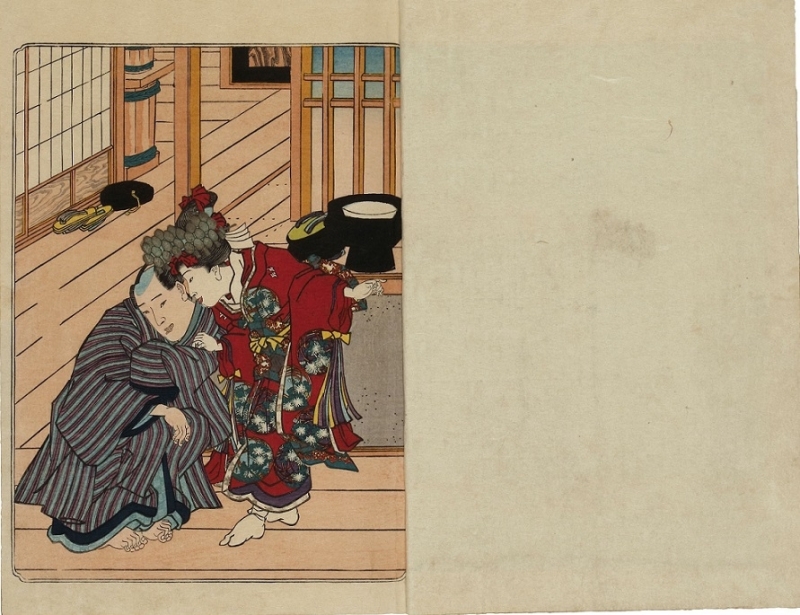 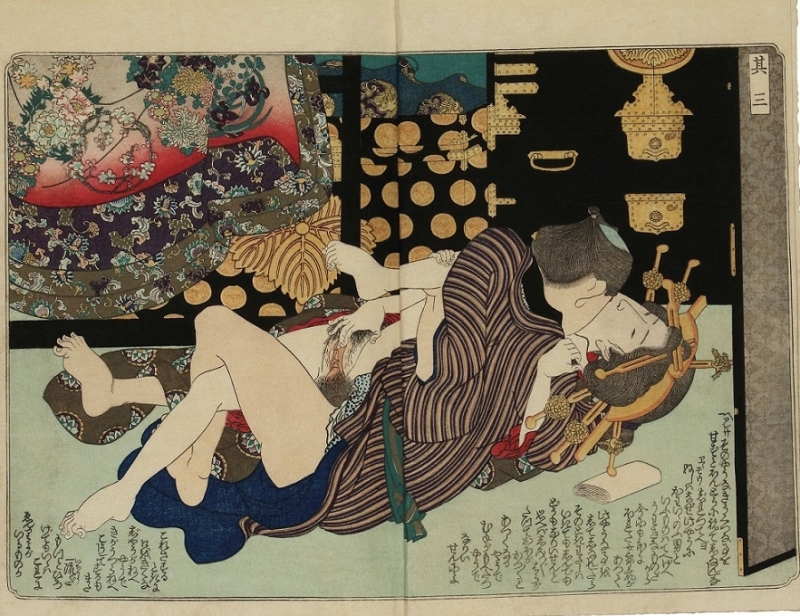 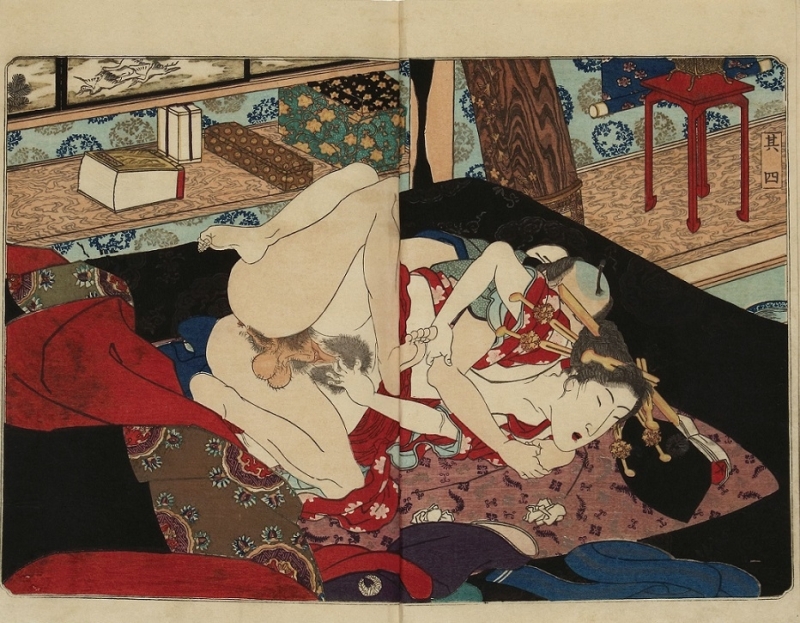 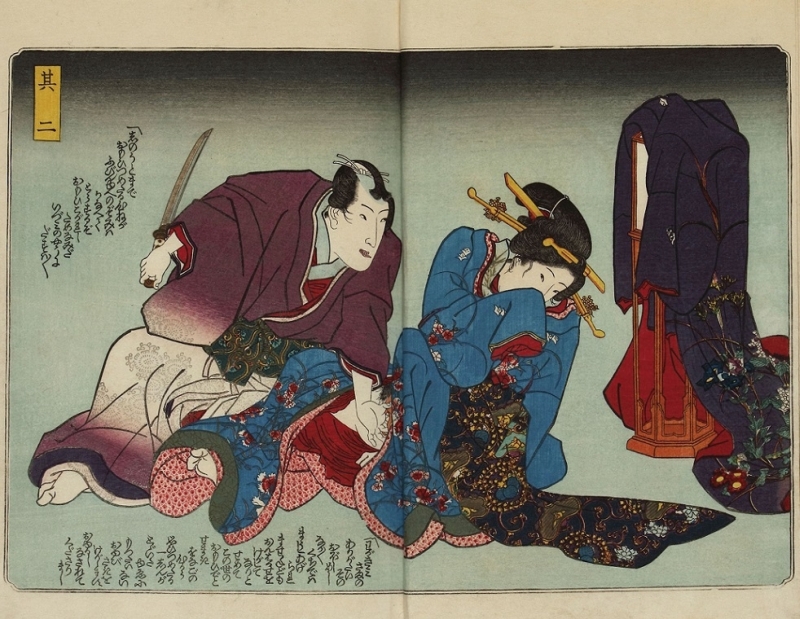 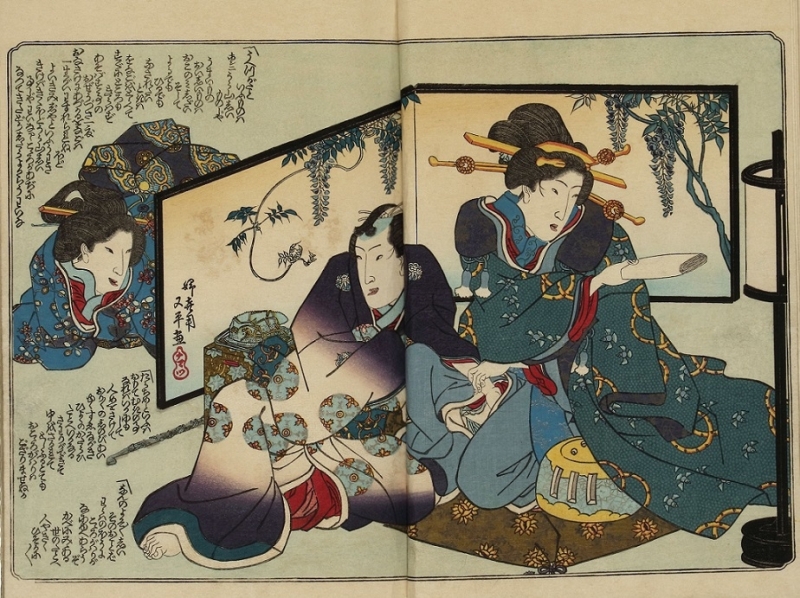 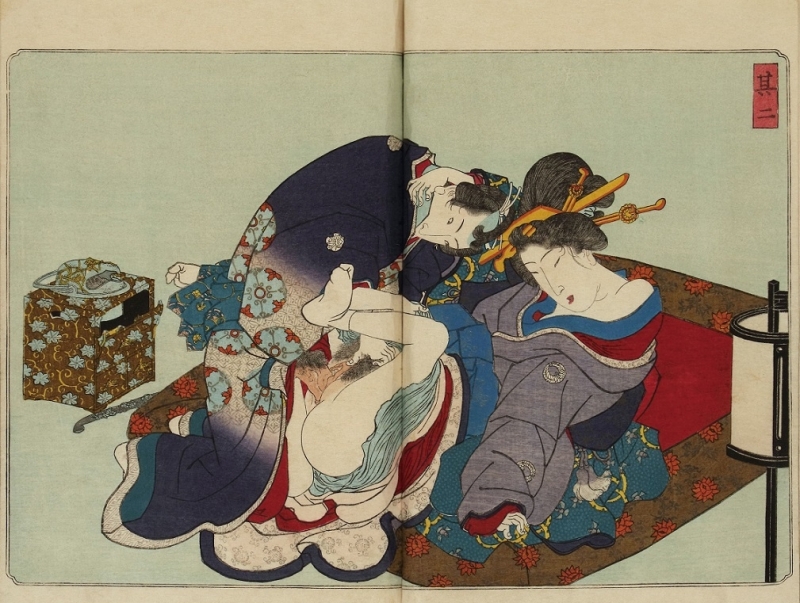 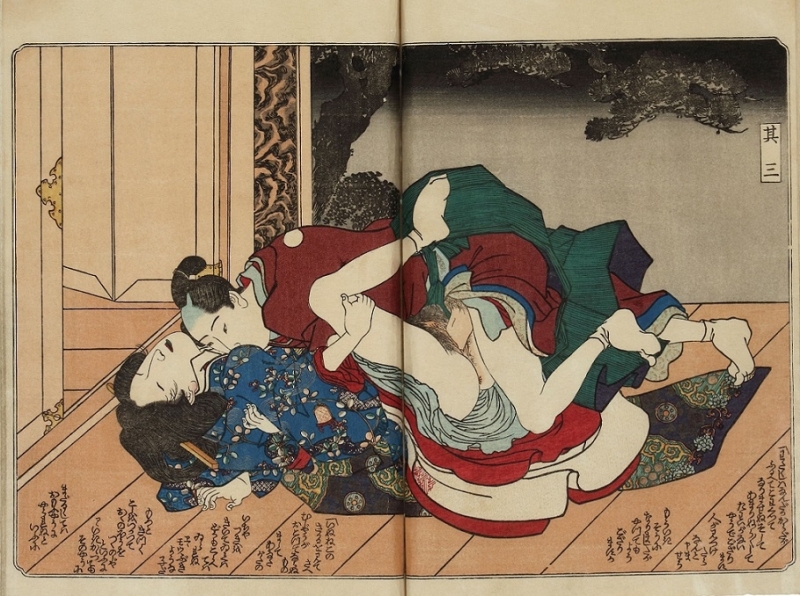 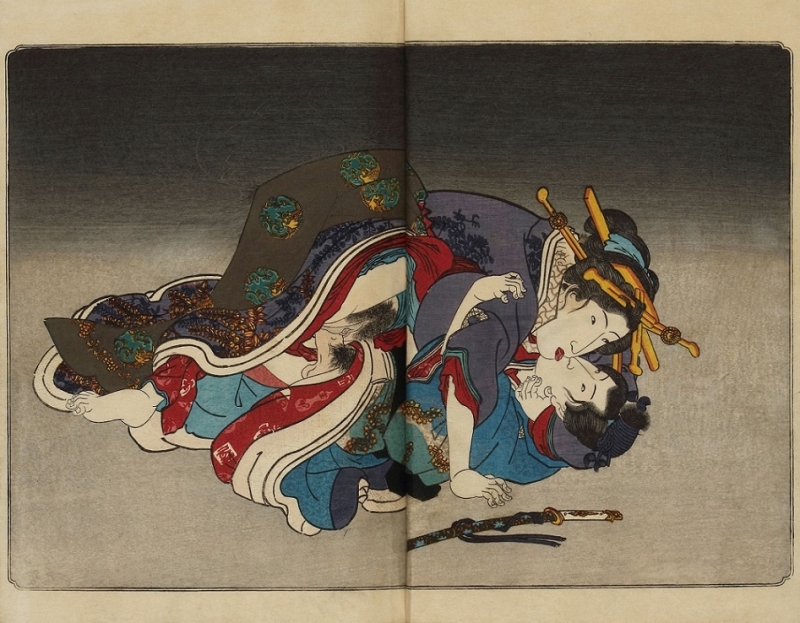 For a complete overview including all the illustrations (+ detailed close-ups) in these shunga books, you can subscribe to Premium now for a risk-free 28 day trail and get instant access...

Let us know your thoughts on the article in the comment box below...!! Who Was the Client That Commissioned Kunisada to Portray The Tale of Genji Series?
29 december 2016
Place comment