Death by Penetration and Other Homoerotic Secrets

Theater, particularly kabuki, became a target of shunga parodies in the mid-eighteenth century, one of the golden ages of play production. A nice example of such a parody, is figure 1 depicting the villain 'murdering' Wada Yuki, the father of Shizuma (played by Sojuro III), at the beginning of the play after he enters the Wada house trying to steal Shizuma's wife. 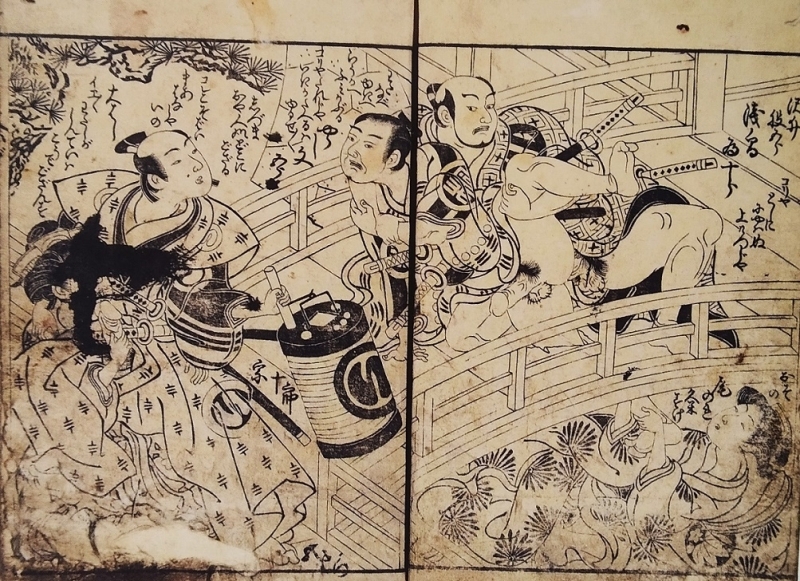 The spectacle takes place in the dark where villain Matagoro (played by Tamejuro I) kills Wada  Yukie (Bungoro) by penetrating him (Fig.1). Below is Osono (Komenosuke) pulling Yukie's leg, and to the left is Wada Shizuma (Sojuro) who is receiving oral sex from Ohashi, a courtesan in the original play, but the name of Shizuma's mother in the shunga book.

In this scene, penetration becomes a metaphor for killing. This is already a rowdy, bawdy version of a kabuki play, and surely its disrespect also makes fun of samurai honor and the huge popularity at the time of revenge themes in 'true tales' (jitsuroku), drama and literature. 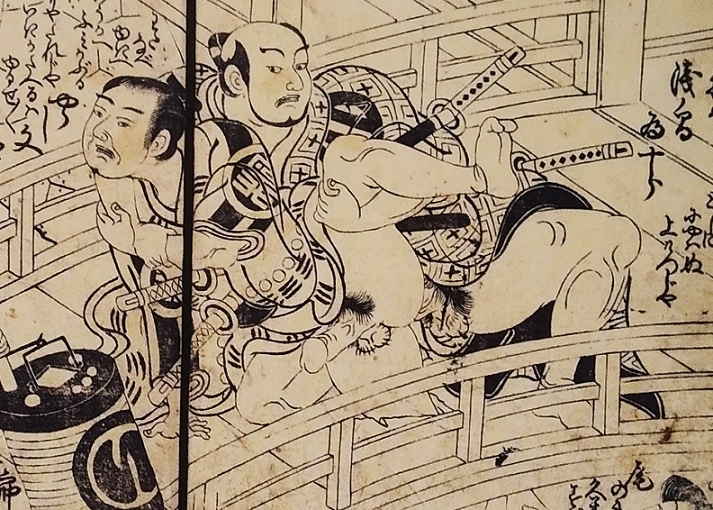 Fig.2. 'A commoner with a young male sex worker in a teahouse ' (late 1770s/early 1780s) from the series 'Hana no sugao (Male Love: Fresh Faces of Flowers, or Male Love: Actors Without their Make-up)' attrib. to Kitao Shigemasa

Shunga books entirely dedicated to gay sex are a great rarity. This three-volume book set (Fig.2 and 3), for instance, is only known in just one copy, divided between two collections. From start to finish, he book reflects the archetype that dominated literary and visual representations of homoerotic sex in Edo-era Japan; relations are between unequal partners, with the older man always taking the active role in all sexual encounters and the younger man the passive role.

Figure 2 is set in a teahouse attached to a kabuki theatre. Unable to suppress his arousal after seeing the performance, the mature male throws himself without foreplay on to the young male actor (onnagata). The disapproval of the waitress, obviously, is to the man's lack of self-control, and his failure to follow proper form. She throws the water to cool his eagerness. The young man, in feminine dress and wearing the purple head-cloth worn by all female-role players, was both trainee actor and sex worker. 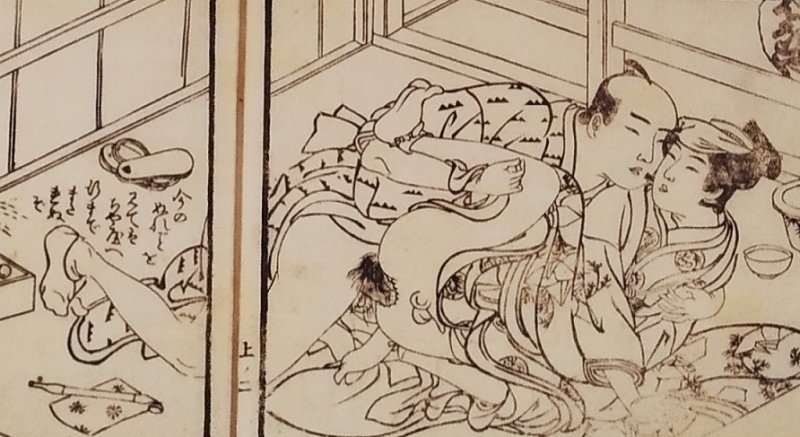 Fig.3. 'Man-youth coupling observed by a woman' (late 1770s/early 1780s) from the series 'Hana no sugao (Male Love: Fresh Faces of Flowers, or Male Love: Actors Without their Make-up)' attrib. to Kitao Shigemasa

In figure 3 we again witness a man-youth coupling observed by a woman. The young male prostitute wearing girlish attire and with his hair dressed in a somewhat feminine style - uses the speech of a young woman. 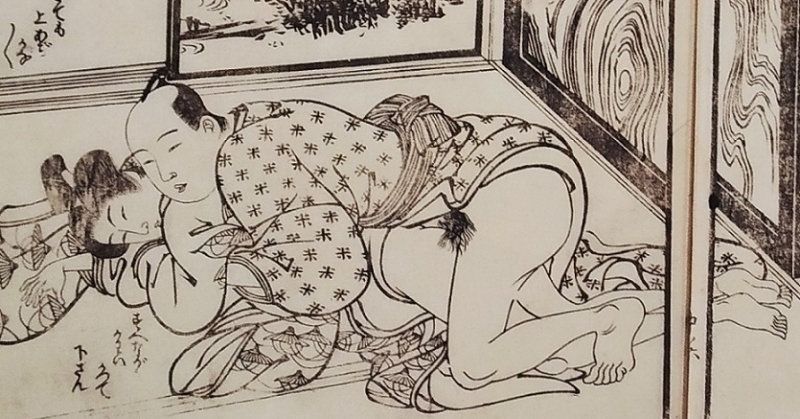 In the Premium edition, you can check out the amusing dialogues missing in this article, more background to the images + another sensual gay encounter.