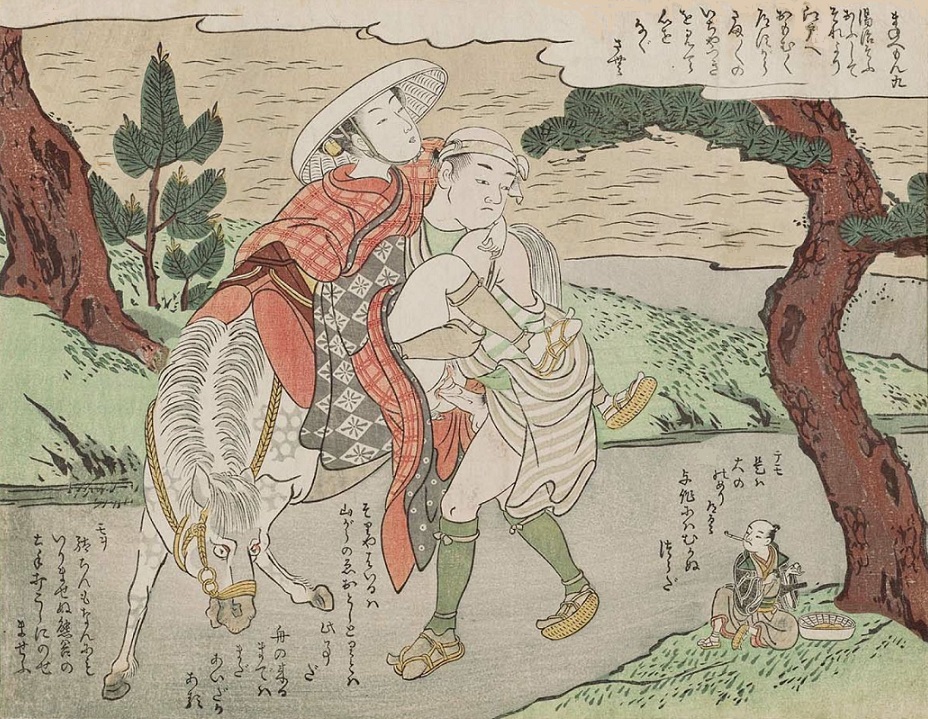 The Handsome Horse Handler With Young Girl on Horseback

Something of a city slicker, Ukiyonosuke one day he stumbles upon a shrine and starts praying that the secret knowledge of love will be revealed to him. The shrine gods answer his prayers by giving him noodles made of earth so that he will become as small as a bean and an elixir to guarantee eternal youth.

After eating the noodles, Ukiyonosuke shrinks to the size of a bean, and changes his name to Maneemon, aka. “Mr Bean” or  “Bean-man”. He sets off on his quest, and each composition becomes a record of his observations. The first twelve designs delineate the sexual life of ordinary people in and around Edo, and the second twelve are set in the Yoshiwara pleasure district.

As Maneemon appears in every print, he is, ‘the book’s glue’, and presents the narrative link between the prints. The lovers depicted in this series have little privacy; Maneemon is often accompanied by other people in most of the prints.

The adventures of Maneemon and the others are described in a cloud-shaped border at the top of each image. Each print is numbered, and the text on each of them starts out by repeating the events of the previous design.

‘Detail of the couple and horse‘

In plate 9 from this series, the ever present Maneemon is dressed as a traveller sitting by the roadside underneath a tree at the right. He is about to return to Edo after his stay at a hot spring resort but first decides to take a rest.

While smoking his pipe he observes an attractive horse handler penetrating a young girl sitting on a horse. This scene is located on the way from Ikaho to Edo, and it probably seemed a nice way to pass time while waiting for a boat.

The woman traveller says: ‘I still have some time until the boat comes and the road-horse boy replies enthusiastically,’You don’t need to pay the riding fee. I’ll take you on my horse for free…’ 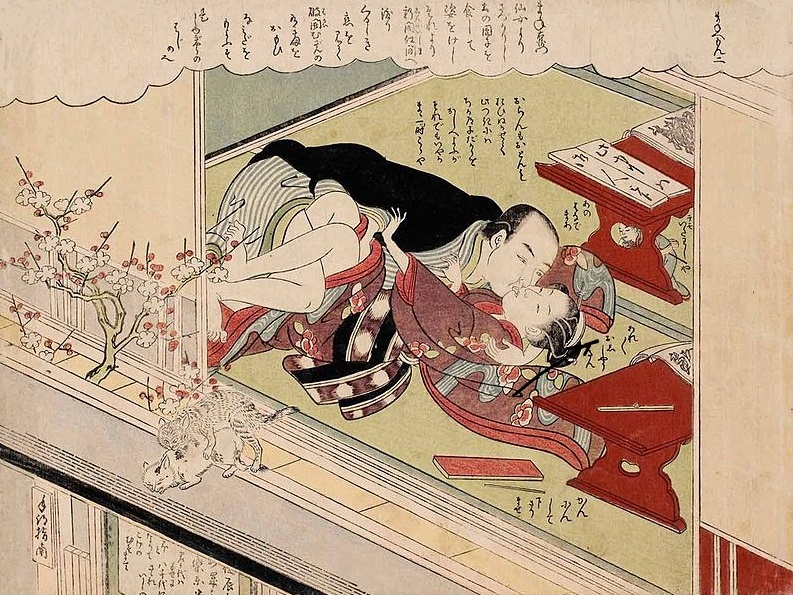 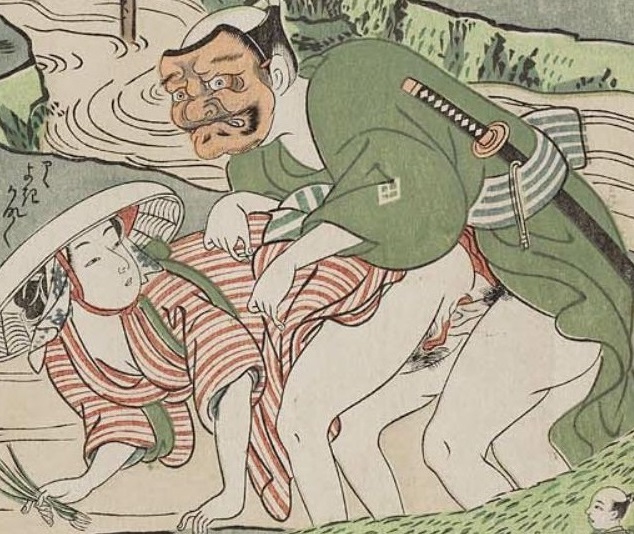 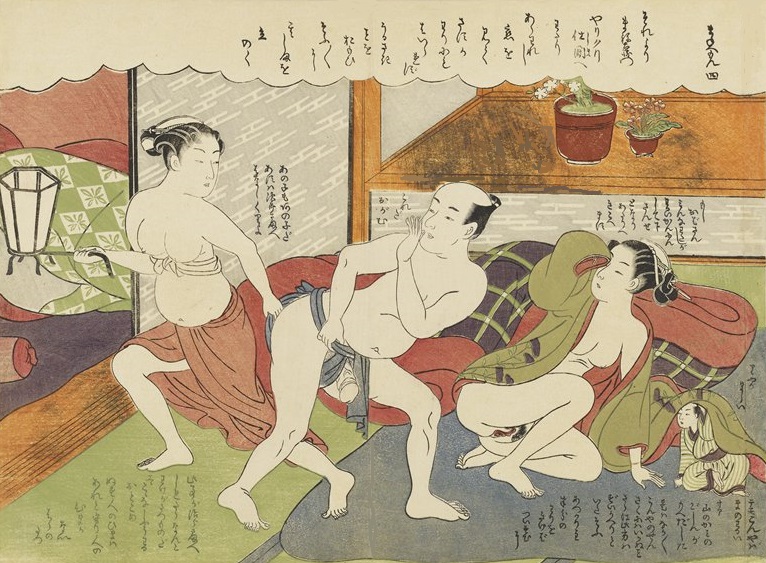