The Japanese artist Kasuga Akira (real name Dōmae Shōichi, born in 1926 in Tokyo.) was a pupil of Dan Oniroku a Japanese author who has been called, "the most celebrated writer of popular SM novels in Japan". It was thanks to Dan, who always provided him with illustration work for his SM King magazine, that he caused a furore during the "golden age" of SM magazines.

Soon this great artisan was working for most of the major SM publishing houses. Kasuga was a skilled illustrator specialized in bijin-ga (female beauty), a popular genre that originated in the ukiyo-e art of the Edo era (1603-1867). Bijin-ga depicted the stylish and alluring women who worked as geisha, illustrated ideas of feminine beauty and/or were used to display elegant textiles and patterns.

Such prints were then used by the vendors of fabrics and kimonos to advertise their wares. Kasuga Akira was a serious student of this specialty and studied under the renowned modern bijin-ga master Iwata Sentaro, an artist who today is much sought after by collectors.

The images below include some enticing examples of Kasuga's hand-drawn kinbaku illustrations... 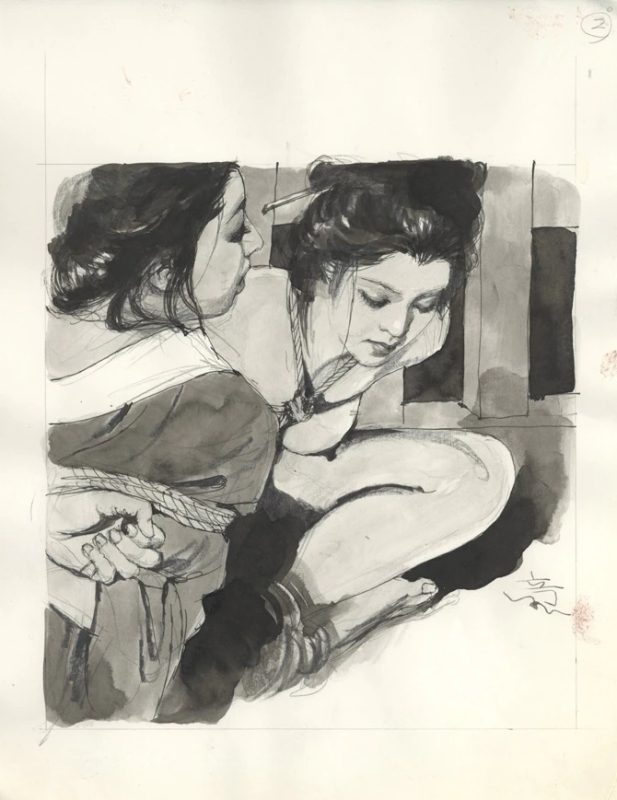 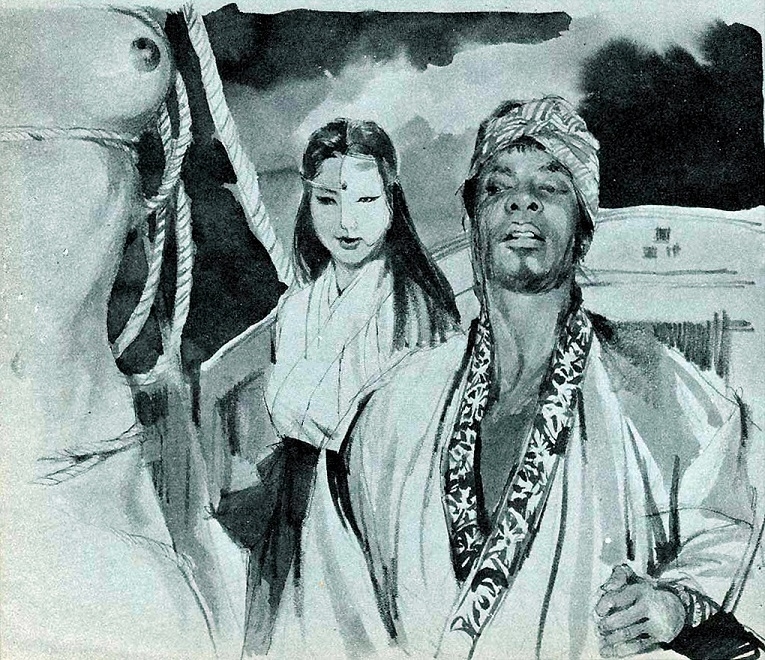 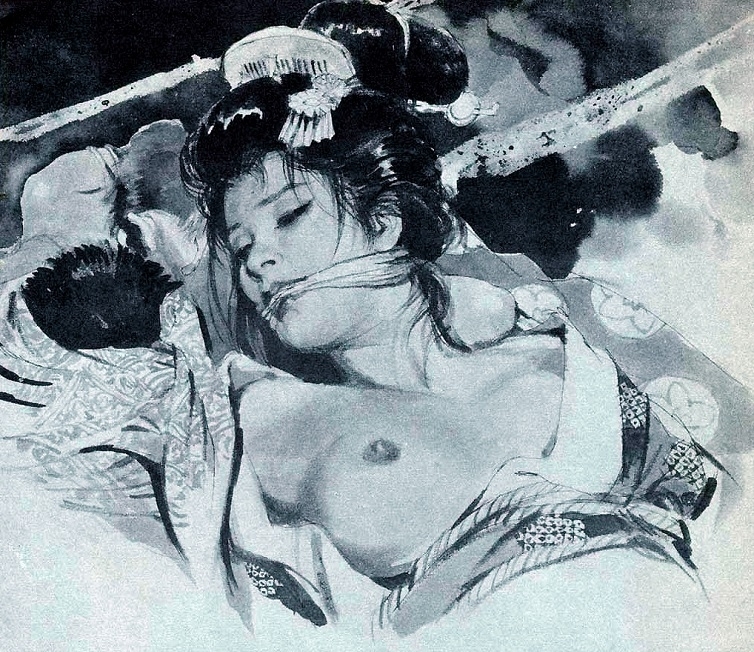 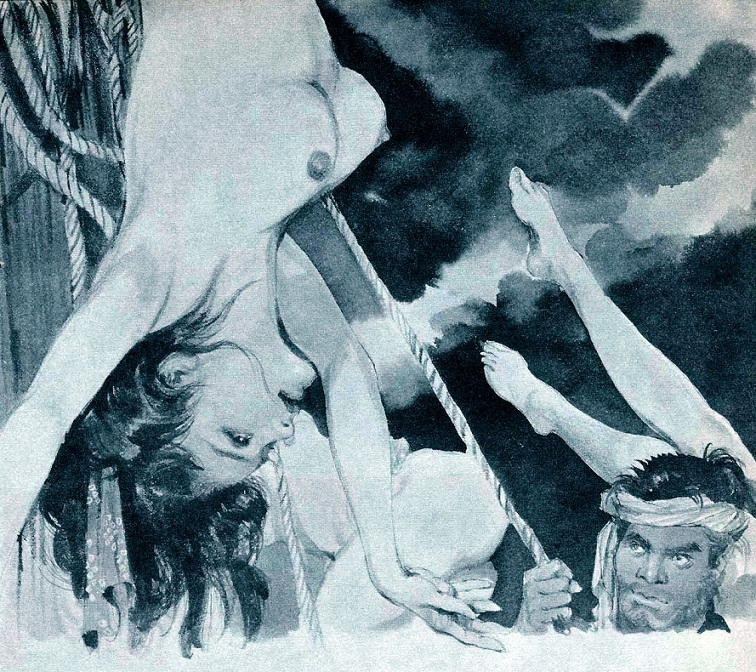 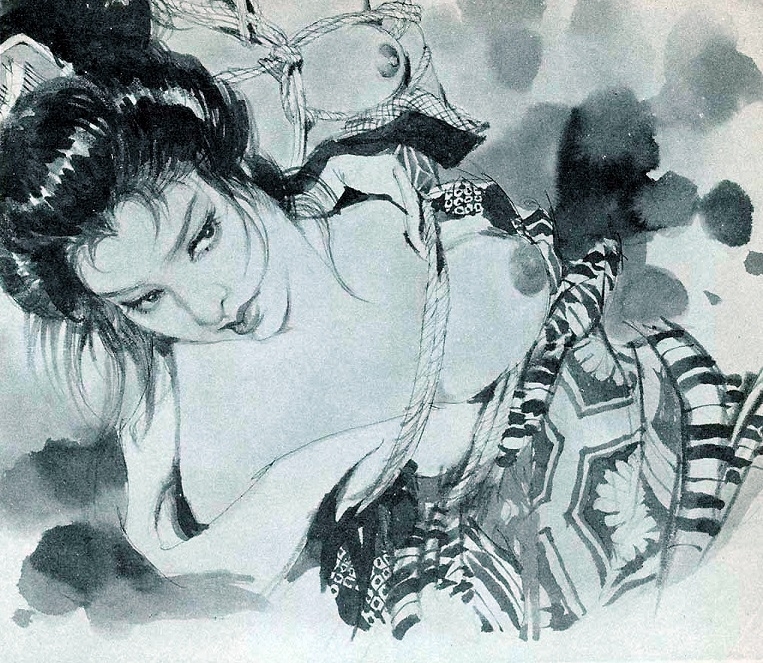 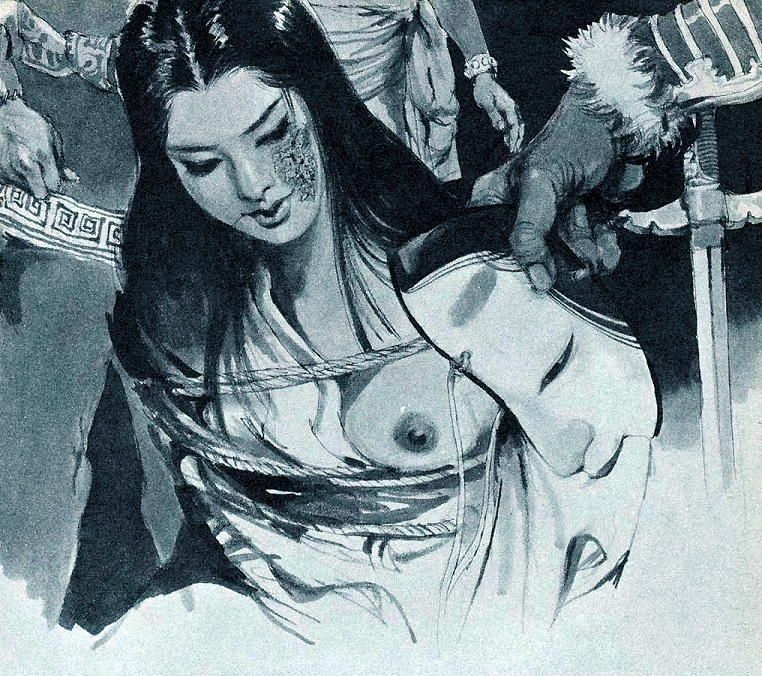 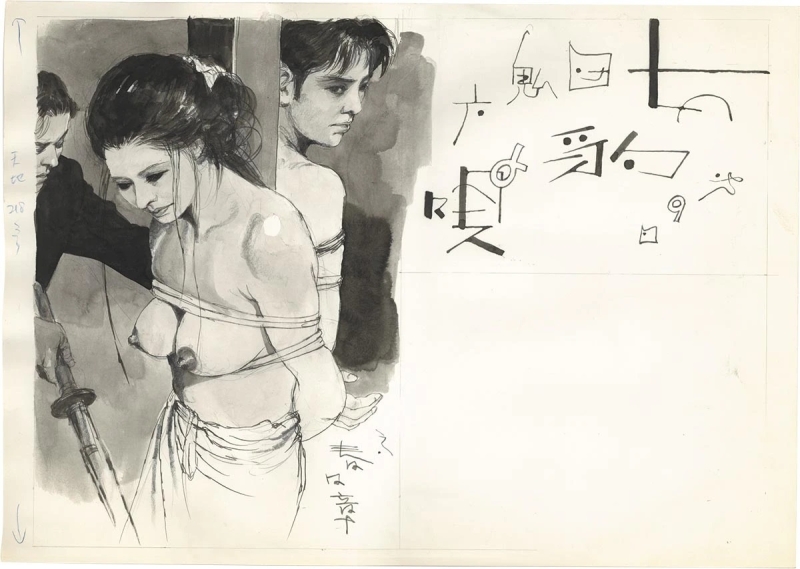 Song of the Leopard

Hand-Drawn Illustration for the story "Song of a female leopard" (Fig.7). The 9th illustration of Dan Oniroku's "Song of the Leopard", which was serialized in SM Select magazine for a long time in the latter half of the 1980s. 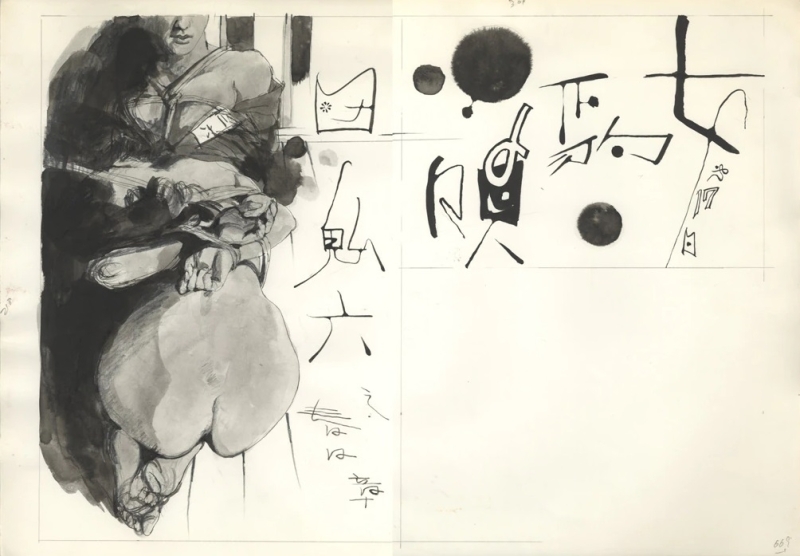 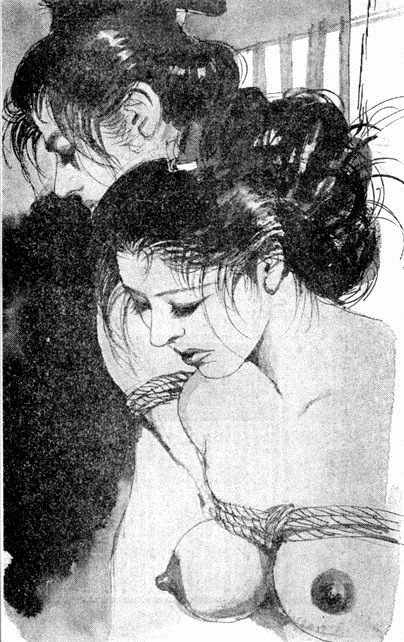 In Shunga Gallery Premium you can discover, among other things, exciting content on some of the greatest Japanese kinbaku artists in history...!!!

Click HERE and check out an article on the sublime bondage art of Kita Reiko...!!

Sources: The Beauty of Kinbaku by Master "K", corporalsteiner.tumblr.com, Pinterest

Are you a fan of kinbaku art and do you want us to pay more attention to it?