Copulating Dutchman Encourages His Wife to Smell an Aphrodisciac

Chōkyōsai Eiri’s notorious ‘Fumi no Kiyogaki‘ design offers a glimpse through an opened window of an amorous liaison between a Dutchman and a Nagasaki courtesan. Other artists such as Keisai Eisen, Gessai Gabimaru and Kitagawa Utamaro also depicted similar scenes. 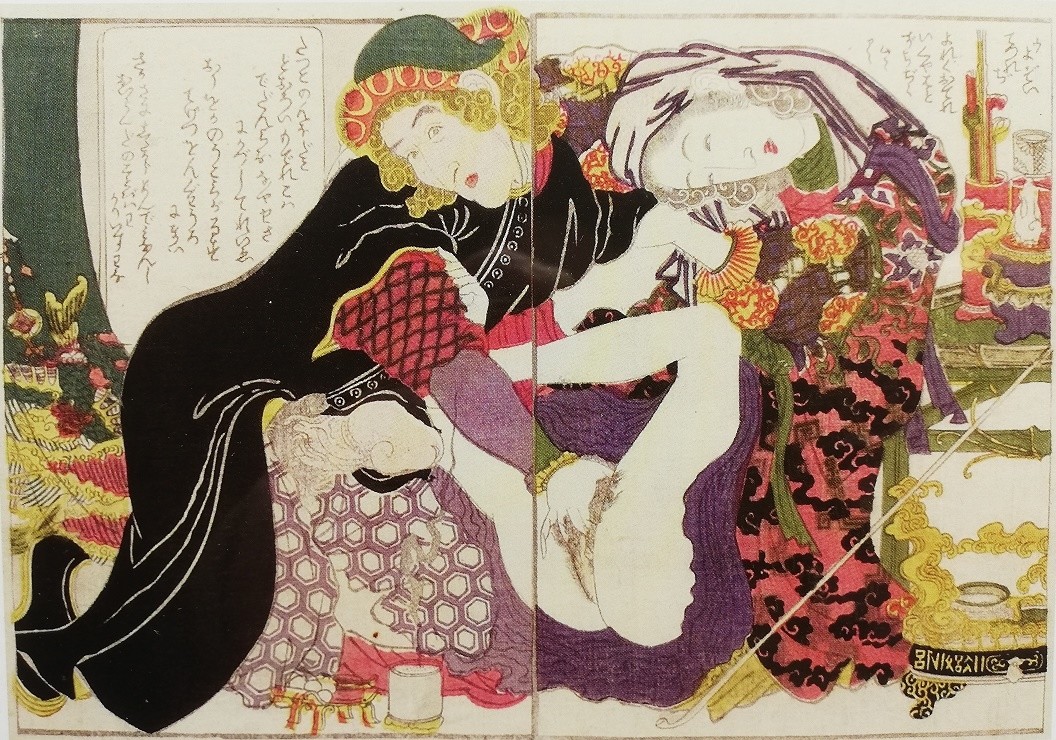 ‘Dutch couple making love’ (c.1815) from the series ‘A Picture Book of the Many Beautiful Ways to Mess Up (Ehon midaregami)‘ by Keisai Eisen

The couple speaks to one another in languages neither understands with the woman exclaiming, “Penetrate me, so that I don´t have to wait any longer. I can’t wait any longer!” The man encourages her to smell an aphrodisiac, and in reply says, “I am an attractive man in Holland and so it should be easy for me to make you come.” The man’s words are written upside down, as if to suggest they are a foreign language (apparently Dutch), thus forcing the reader to read the conversation beginning from the lower left. 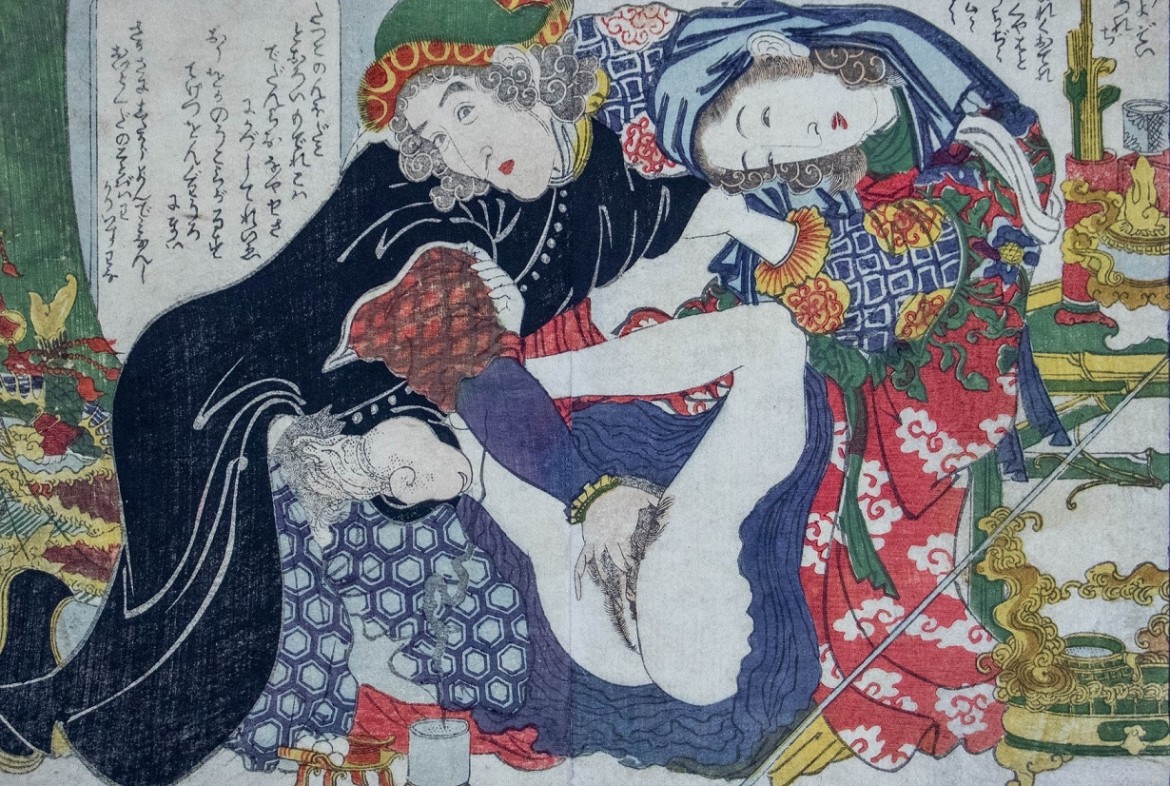 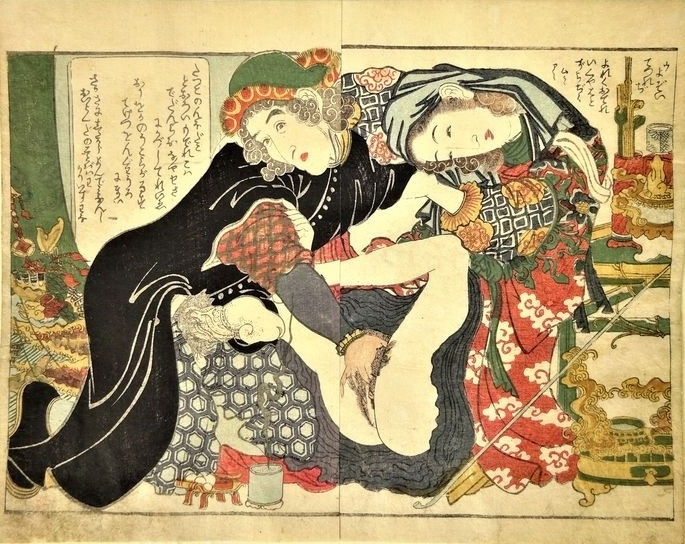 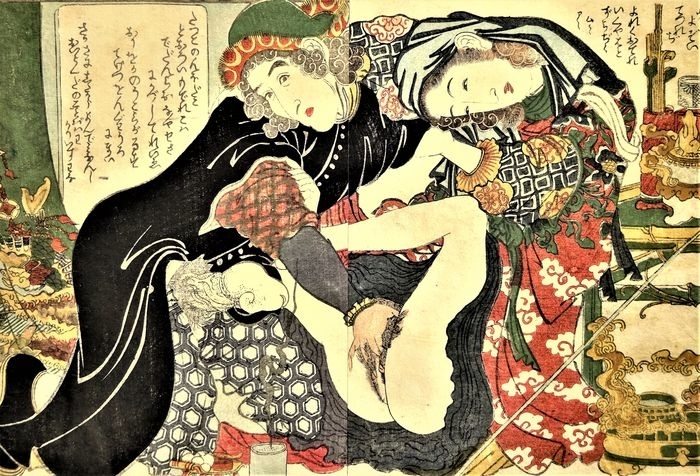