The most infamous and reviled figure of the 20th century is without a doubt the German dictator Adolf Hitler (1889-1945). Full bookshelves have been written about this enigmatic tyrant and also in the visual arts, he remains a source of inspiration.  There’s even a website called Cats that look like Hitler. 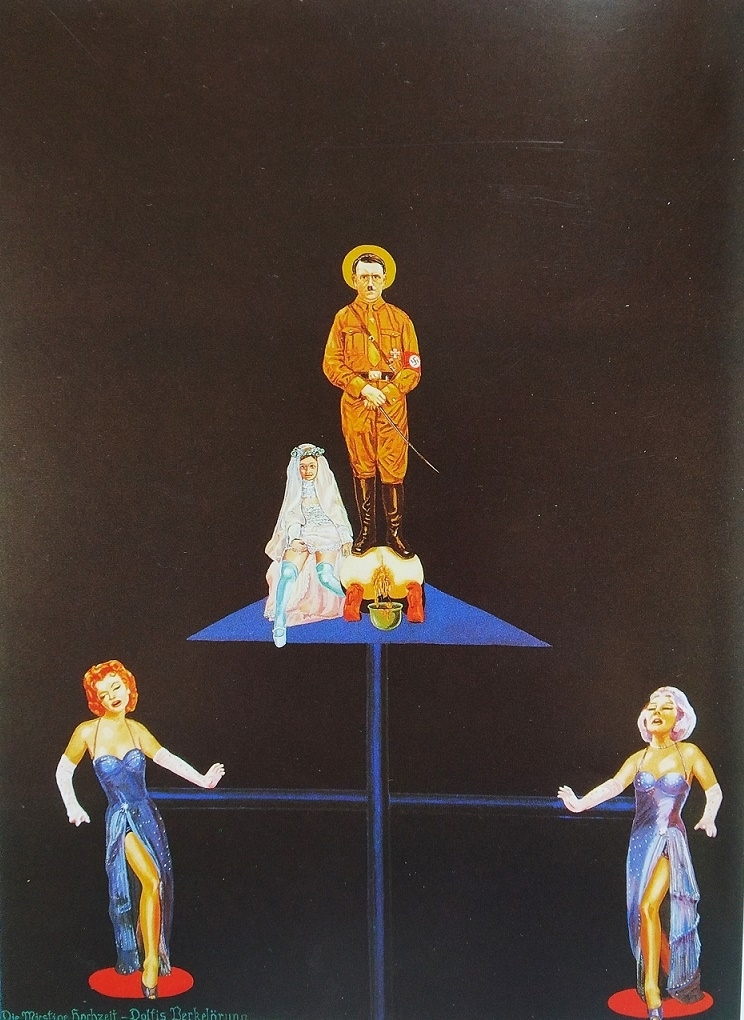 Pooping in a Helmet

This first painting (middle panel of a triptych) by the German artist Wolfgang Hallmann, known as Blalla (1941-1997), features Hitler, a halo surrounding his head, standing on the nude buttocks of a squatting female pooping in a helmet. He is accompanied by a young kneeling bridesmaid. On the left and right pedestal beneath them, two 1940s starlets wearing gowns with sleeves. 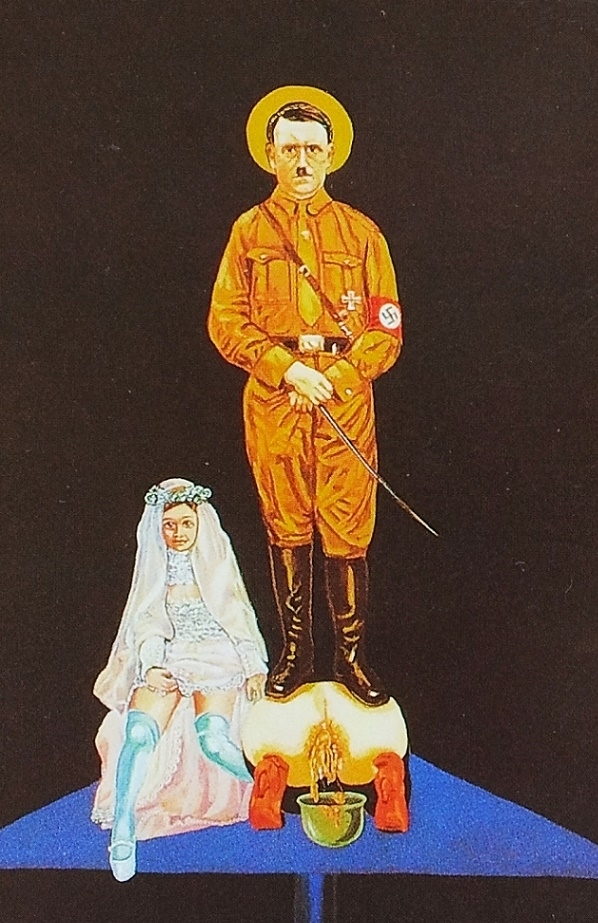 Blalla was a painter and graphic artist , academically trained at the State Art Academy in Düsseldorf (1957/58). After which he finished an apprenticeship as a painter in Emsdetten (1958-60), and finally studied art at the Academy of Fine Arts in Nuremberg under Professor for free graphics and painting Fritz Griebel.

.A traumatic childhood (at the end of World War II his family was expelled from their birthplace and placed in a refugee camp where Blallal would spend his entire childhood) contributed to his pessimistic view of human nature. He abhorred the Western hypocrisy of capitalism. In his opinion, this was especially true of America where he lived between 1967 and 1969 (San Francisco) and suffered a mental breakdown. 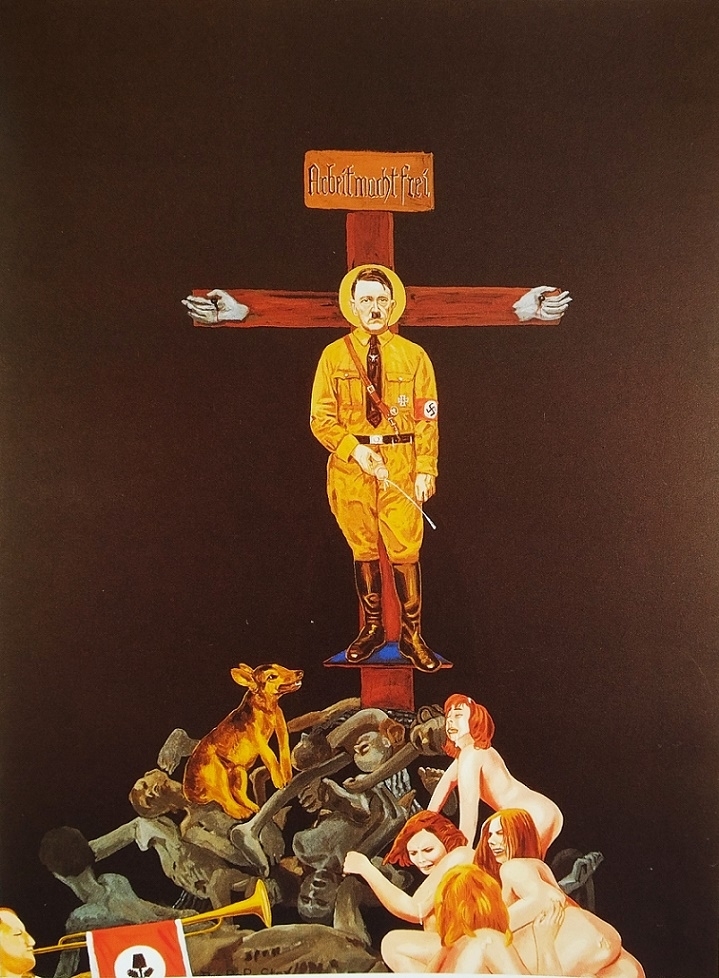 ‘Der Pop-Star (The Pop-Star)‘ is the title of the third panel of Blalla's triptych (Fig.2) that depicts Hitler standing on the pedestal of a cross with the rubble beneath him. He's ejaculating on the nude, desperate females climbing towards him. On the left his beloved four-legged friend Blondi.. 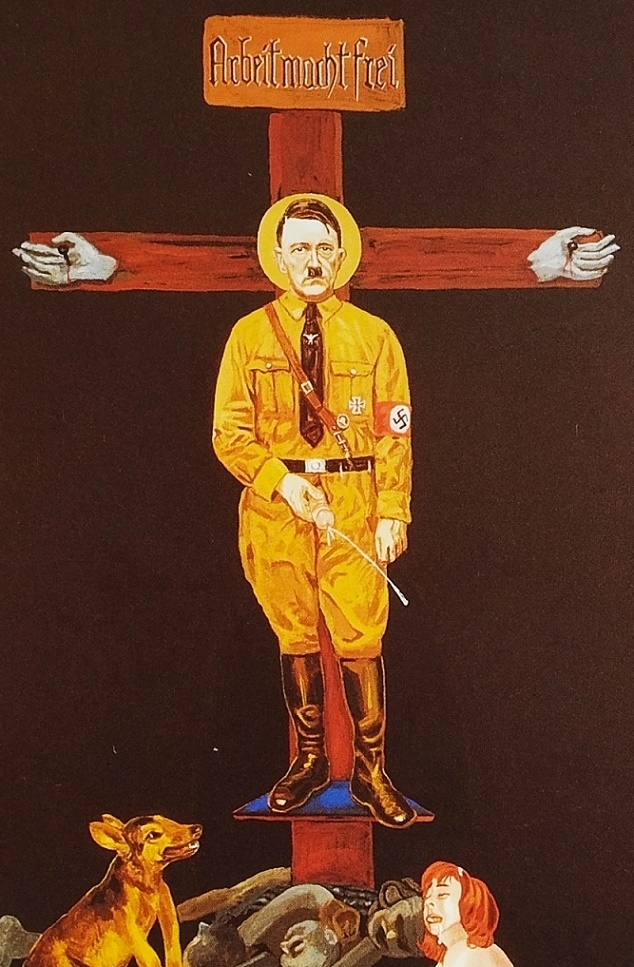 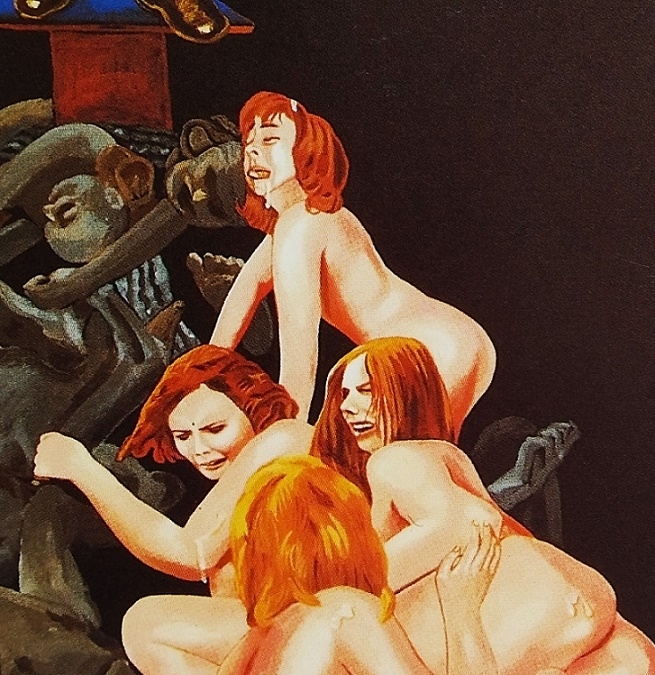 Fig.2b. Detail of the nudes covered in seamen

Visual symbols taken from among others American culture, Catholicism, and the Third Reich, form the link to the pungent, intuitive humor, and moral outrage present in all his work. Here the world is filled with shit and cum, where the enslaving capitalist clash of consumption and production is diminished to its most vulgar human equivalent. A striking example of this is Uncle Wolf does magic (1991) in which we see Hitler, standing upon a pile of corpses while pissing over a group of German toddlers giving the Nazi salute (Fig.3). Blalla’s repeated use of forced perspective, vivid cartoon color and black grounds, give his work a fierceness and clarity. 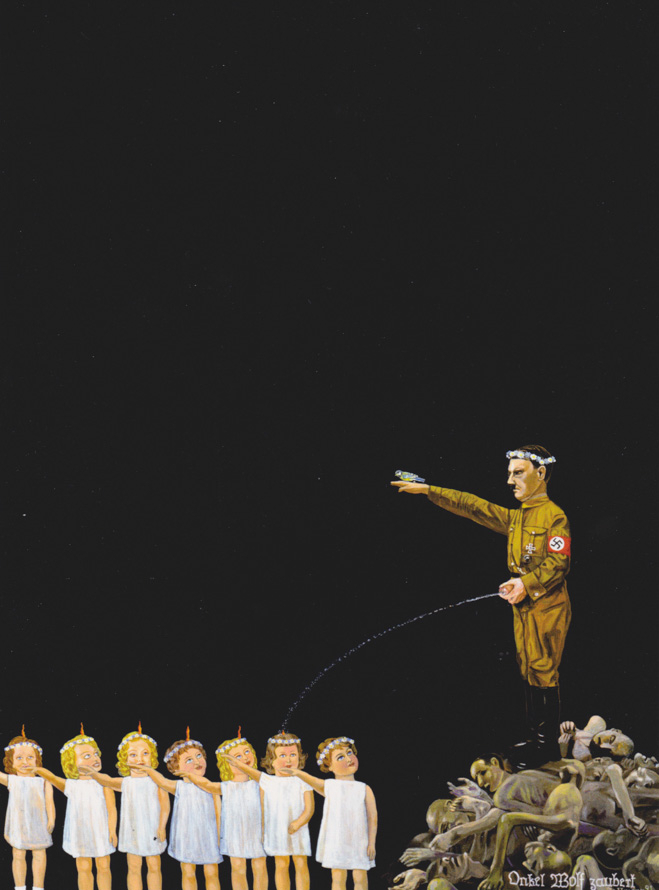 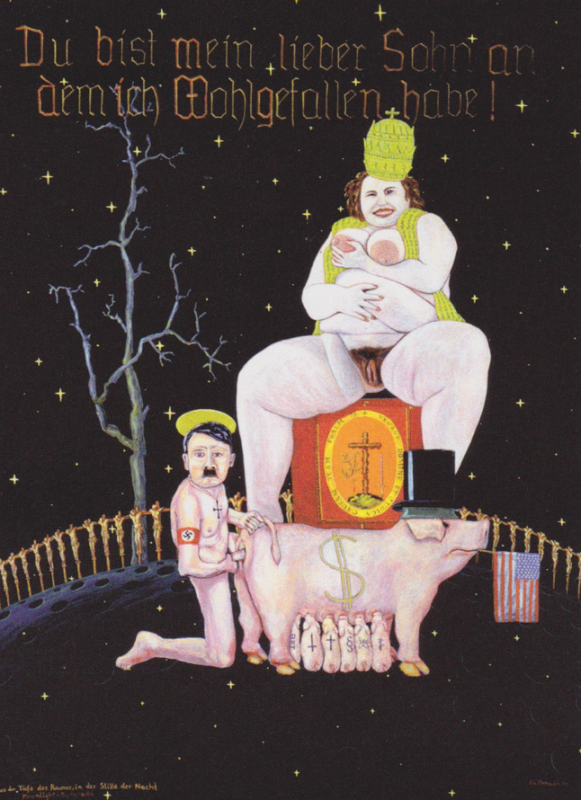 A kneeling Hitler penetrates the capitalist pig (America) from behind (Fig.4). In the background a corpulent woman with a miter on her head (a clear reference to the Catholic Church), who simultaneously holds one of her breasts and pulls her belly up, thus exposing her vagina. Behind her a long railing consisting of countless crucified Christs. The hungry piglets sucking the big sow represent the institutions that feed from capitalism. The above text is the Gospel of Mark and reads Du bist mein lieber Sohn an dem ich Wohlgefallen habe ! (This is My beloved Son, in whom I am well pleased !). 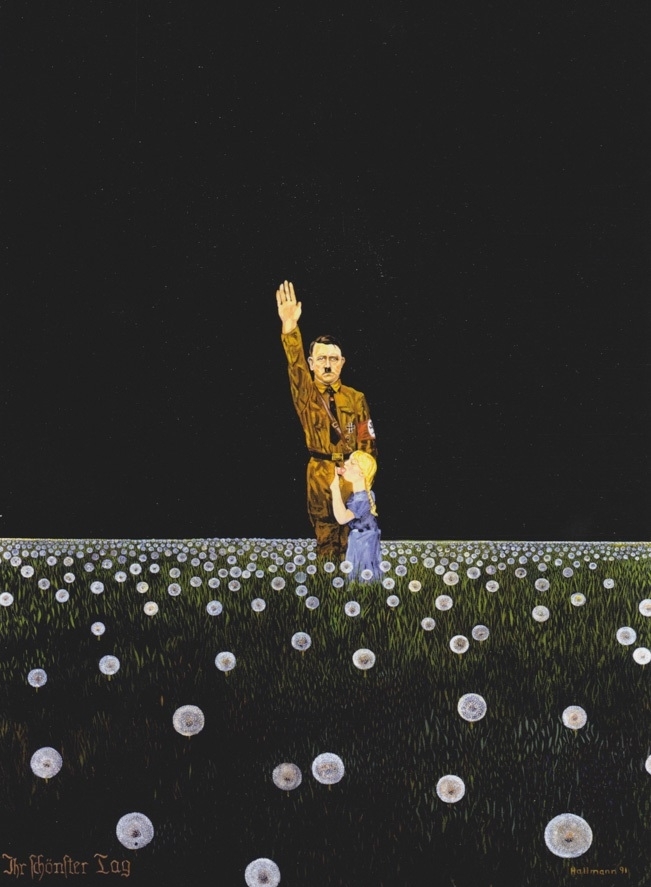 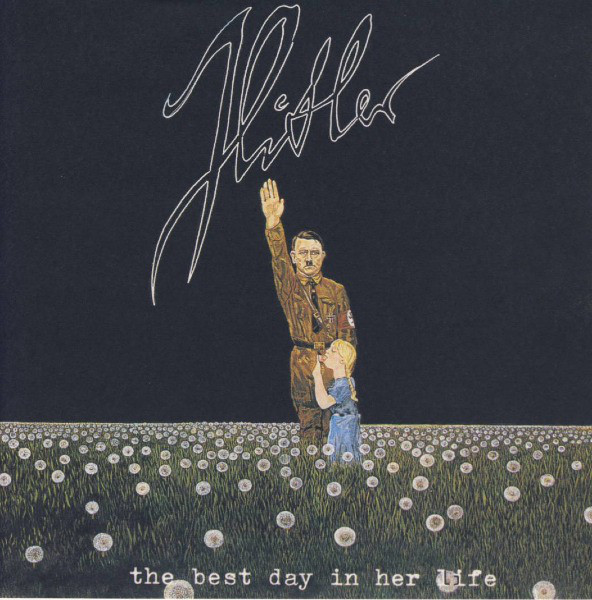 Fig.6. Painting of a naked Hitler from a series of paintings entitled ‘The 20th Century Dictators‘ (2002-2007) by Alla Tkachuk (SaatchiArt)

Hitler as a zombie-like figure walking towards us (Fig.6). For this series of paintings the Ukrainian born British artist Alla Tkachuk (1967) explores the images of the nude dictators Hitler, Mussolini, Franco, Mao Zedong and Stalin. She places them in a contemporary context that goes beyond the historical and narrative analysis. The series was displayed at Crone Gallery in Berlin in 2007. 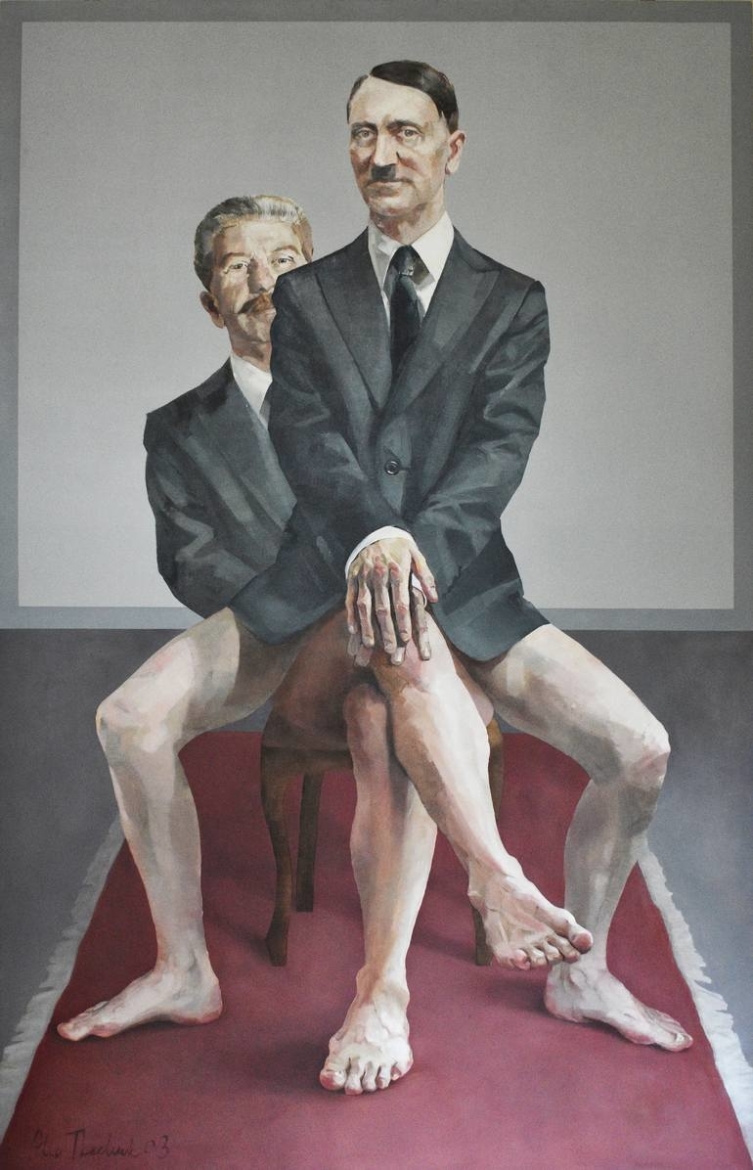 Hitler sitting on the lap of the Soviet dictatorJoseph Stalin. Tkachuk portrays them as queer-like characters both with naked lower bodies. 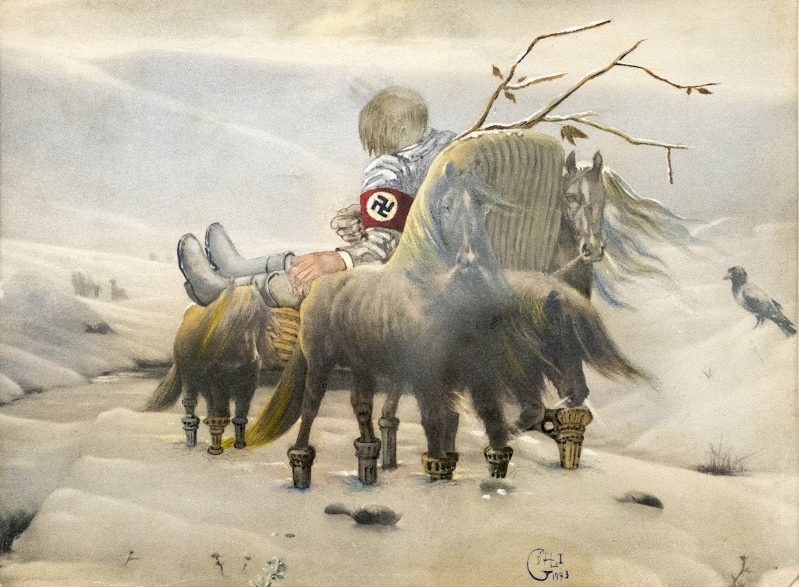 Lenin and Hitler greatly fascinated the Spanish surrealist Salvador Dali (1904-1989). Hitler even more than Lenin. His plump back, especially when he saw him appear in his belted uniform and his leather baldric that pressed against his flesh, elicited in him a delicious taste thrill of oral origin that led him to a Wagnerian ecstasy. He often dreamed of Hitler as if he were a woman. His flesh, which I imagined to be very white, seduced me. (…) Hitler embodied for me the perfect image of the great masochist who unleashed a World War for the sole pleasure of losing it and burying himself under the ruins of an empire..

No one could better define the Führer than his great admirer Salvador Dalí, fascinated more by Hitler’s enormous figure as a pop icon than by his political ideas (or perhaps only seeking to provoke). He was obsessed by his category of monster, of supervillain, which the painter considered the culmination of the sexuality associated with authoritarian figures.

Of the few people who were able to see the tyrant “in action” (6 women are known), two of them committed suicide, another two attempted it and another, Eva Braun, also ended up headless in Adolf’s bunker at the end of the war. The statistics are illuminating. 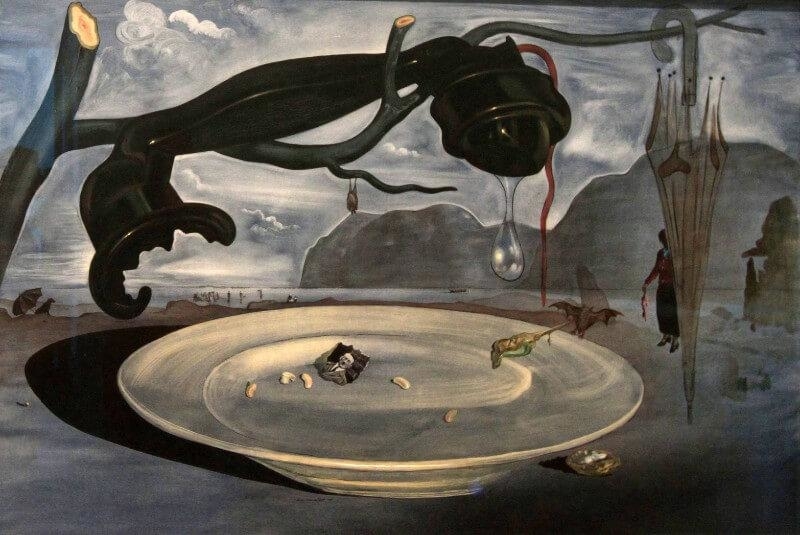 Dali depicted Hitler (directly and indirectly) in several of his paintings, the most famous of which is Dangerous honesty: The Enigma of Hitler (1939 - Fig.9). In the period of great political tension that preceded the Second World War, and especially during Munich, the telephone played an important role in the negotiations with Hitler. The title of this work, like Dali’s commentary, are direct allusions to the Munich conference held on September 29, 1938. The umbrella hanging over the branch refers to Neville Chamberlain, the prime minister of the United Kingdom from 1937 to 1940, and on the plate surrounded by a few dry beans, is a picture of the Führer torn from a newspaper (Fig.9a). 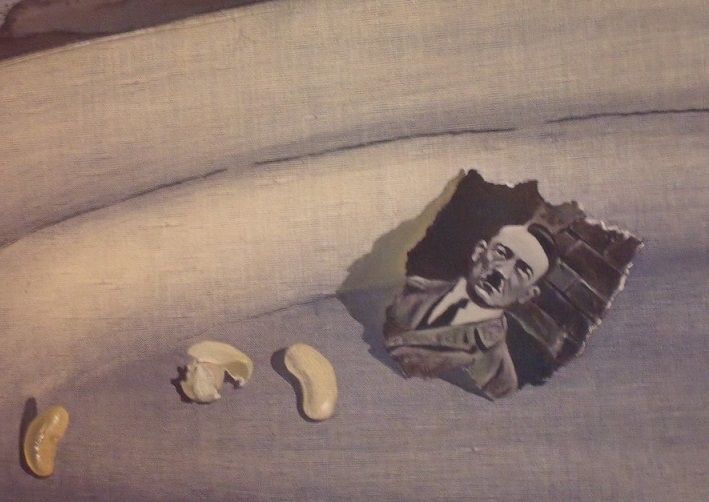 Fig.9a. Close-up of Hitler’s portrait in ‘The Enigma of Hitler‘

Hitler Turned Me On

The grey desolation of this image is all the more poignant because Dalí was no political activist. He was, indeed, so reluctant to take sides that he got thrown out of the surrealist movement for confessing that he dreamed about the Nazi leader. “Hitler turned me on in the highest,” he later acknowledged. Yet precisely because he reflected the dark urges of his times with such dangerous honesty.

Well, this was the last stop on our anomalous journey through art history, Fascinating to see that you can end up at special places (discovered two interesting artists I wasn't familiar with yet) from a crazy starting point. Let us know if you enjoyed the ride or if you know of other striking examples in the comment box below...!!

Nice article about this Mr. Hitler.

Thanks Willem, I'm pleased you liked the article!

Thanks Darya. Yes, I once read that a percentage of people that want to commit suicide actually want to kill someone else. It's therefore plausible that Hitler's adult life was one long suicide mission. Yes, Dali illustrated the Fairy Tales (including The Snow Queen) of Hans Christian Andersen.