Worship to the Woman in the Surreal Works of Max Svanberg

Max Walter Svanberg (1912-1994) was a Swedish surrealist working in graphics and sculpture, where he appealed to myth and subconsciousness as most surrealists did. His bright decorative pictures full of alien sensuality are much in Aztec style, while his collages are psychedelic and kaleidoscopic as photo-works of Pierre Molinier. In 1969, Svanberg was awarded the Order of Arts and Letters by Georges Pompidou. On the sixtieth birthday of the artist, the museum in his honor was opened in Malmö. 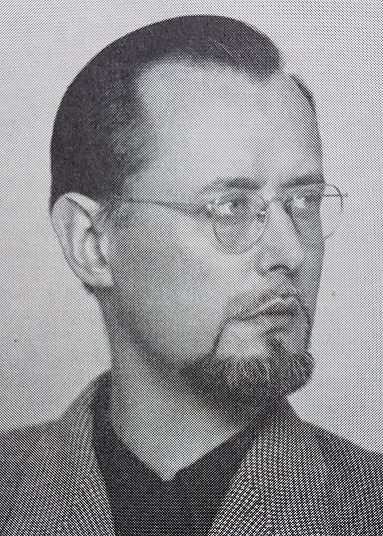 The son of a baker, Svanberg manifested his talents already as a kid. According to Wiki, he made his first sculpture at the age of ten. Being 15 years old, Svanberg dreamed of becoming a violin maker. This desire possibly had an erotic basis because the form of the violin is often associated with the female body. Later, the artist began to work as an errand boy at the Palladium Cinemas’ advertising studio in Malmö. After becoming an advertising painter, Svanberg enrolled in the Skåne Painting School, which he left after a year of studying. In 1932, Svanberg began to study art in Stockholm. Being not accepted in the Stockholm Academy of Fine Arts, he applied successfully to Pernby’s painting school and learned here for some time, enjoying the croquet (sketch) drawing. 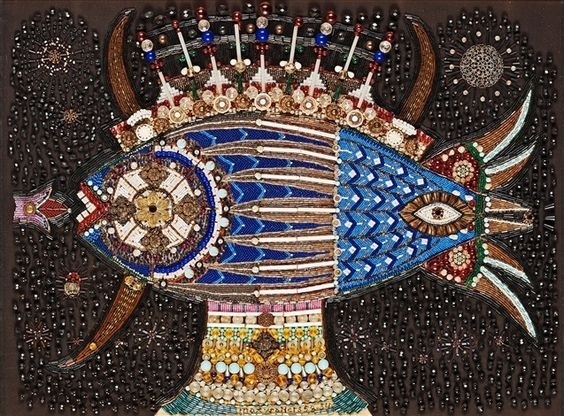 At the age of 22, Svanberg suffered from polio disease that affected his left arm and left leg and made him stay in a hospital for a few years. Despite this misfortune, he managed to take part in a group exhibition at the Ekström’s art gallery in Stockholm in 1935. 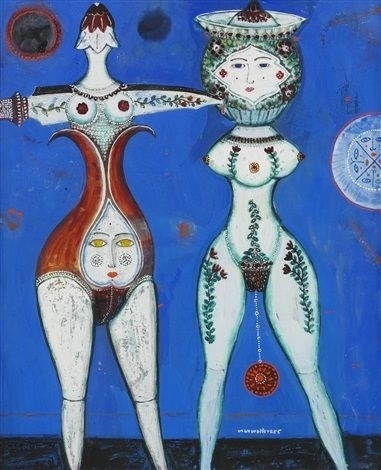 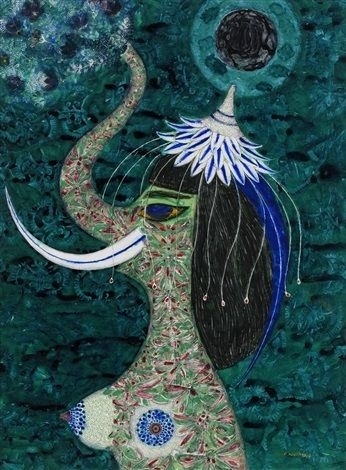 In 1942, Svanberg founded the Minotaur movement together with Sweden painters Hulten and Osterlin. Another group he started a short time after was Imaginisterna. Eventually, Svanberg left these creative unions, but their titles remained to manifest the specificity of Svanberg’s artistic method, grounded in the mythologic vision of the world. Surrealists could either refer to the myth that already existed or invent their own narrative. Svanberg created his alien variation of recognizable Aztec motifs. Creatures he depicted often combine female body with wings, feathers, and bird heads. 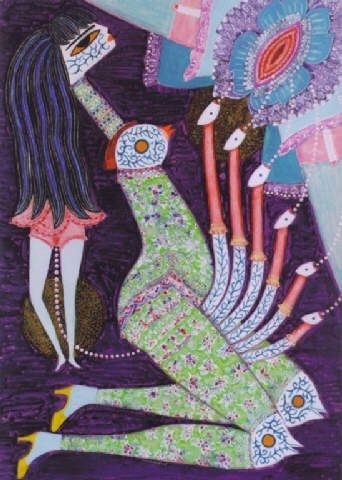 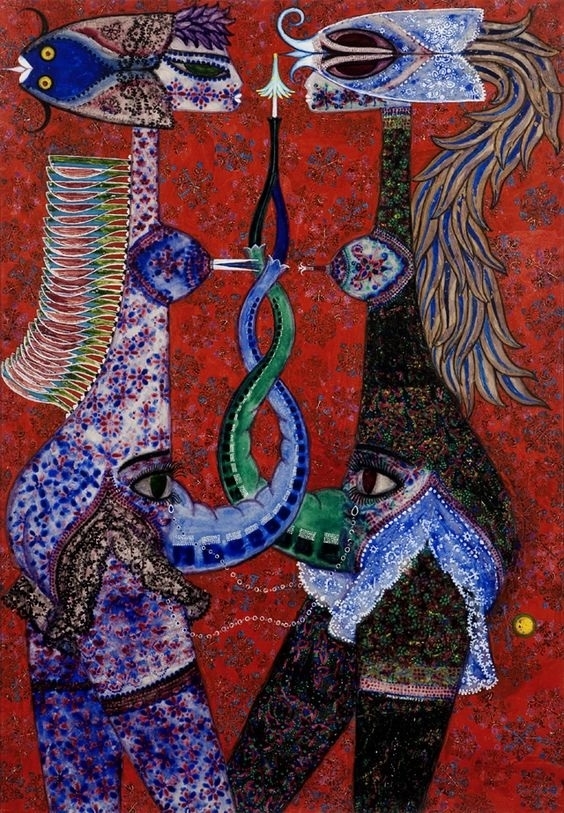 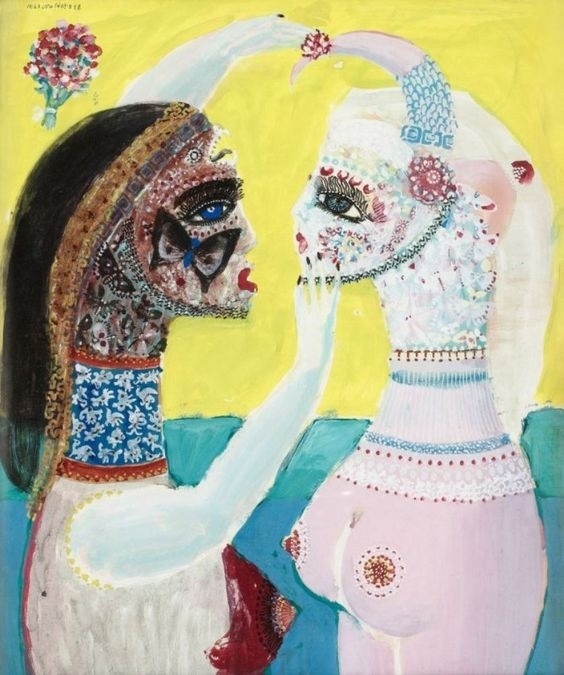 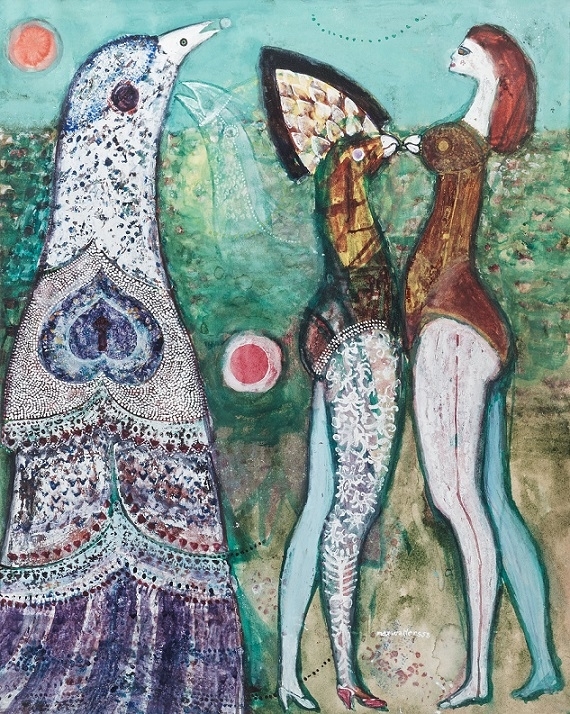 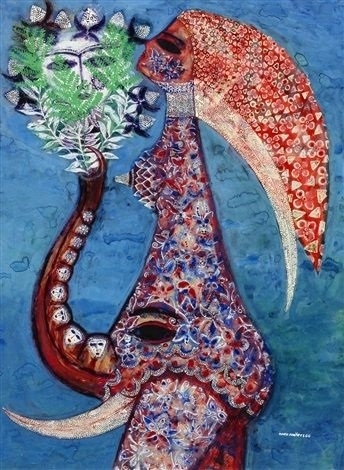 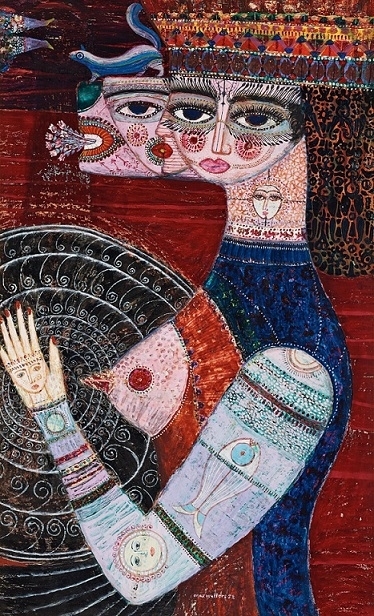 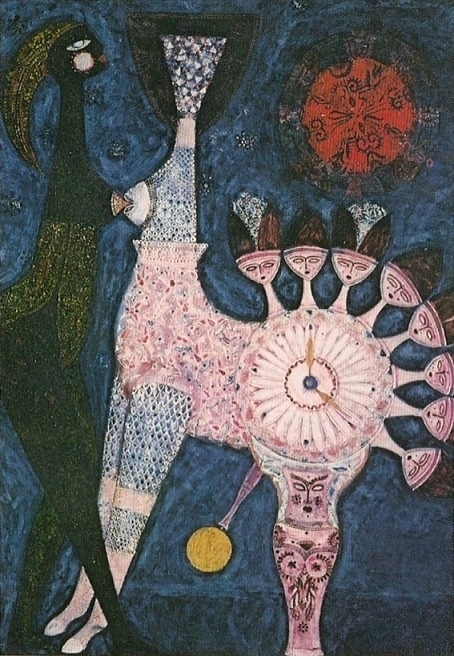 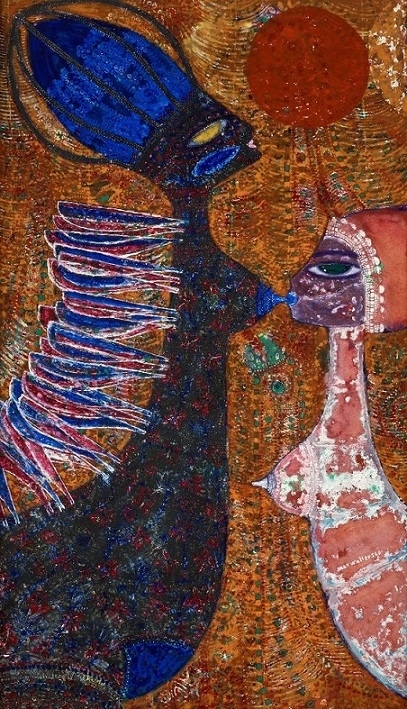 In the 1940s and 1950s, Svanberg’s paintings were exhibited in Denmark and Sweden. In the 1950s, Breton, who was a leader of French surrealists, noticed the artist and invited him to take part in the surrealist exhibition in Paris. In 1954, Svanberg made illustrations for the third issue of the Medium surrealist review, which was much appreciated by Breton. At the end of the 1950s, Svanberg illustrated the famous “Illuminations” of Arthur Rimbaud. 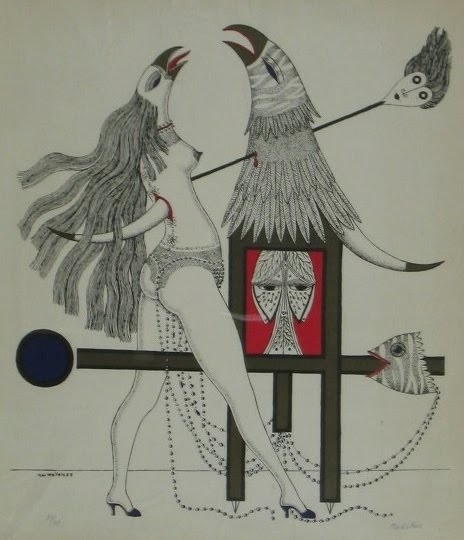 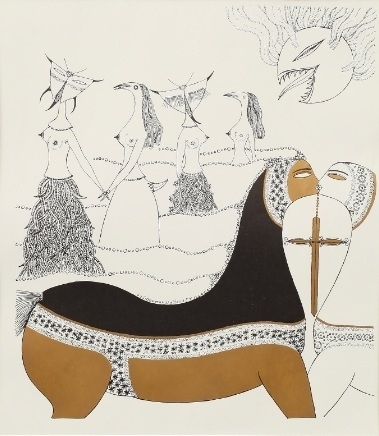 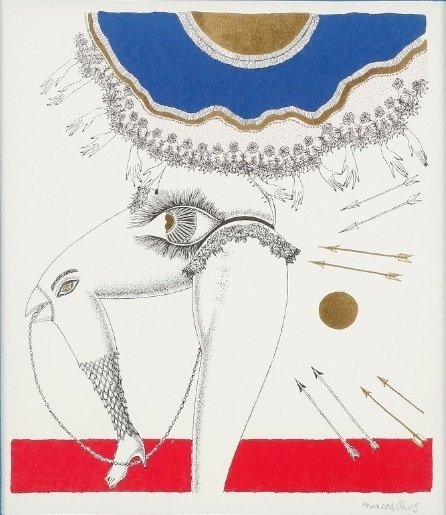 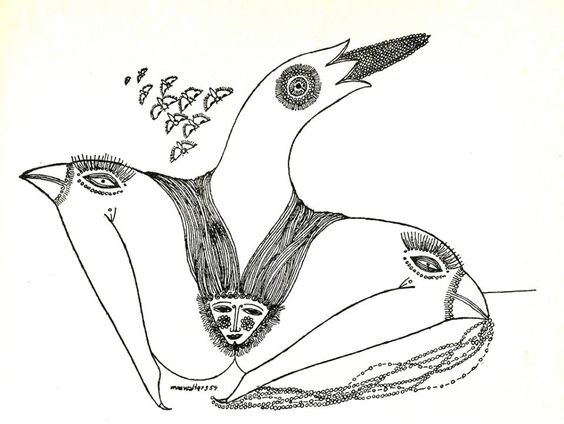 Illustration for Medium, no3, a Surrealist Journal, 1954 (pinterest.jp) 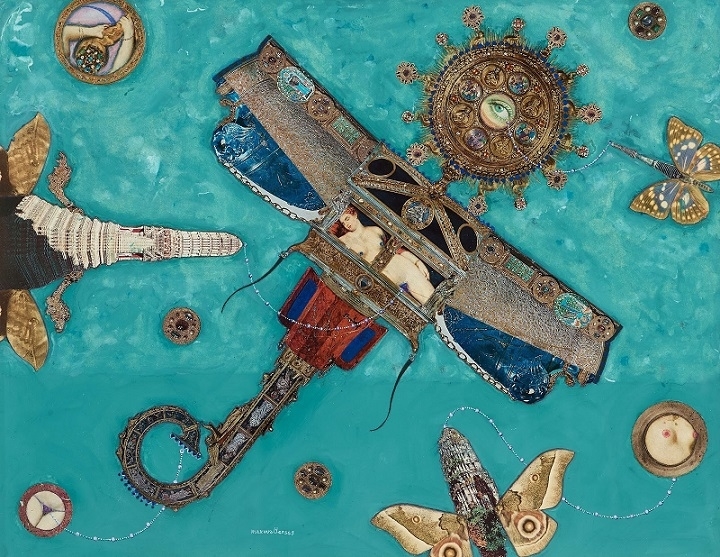 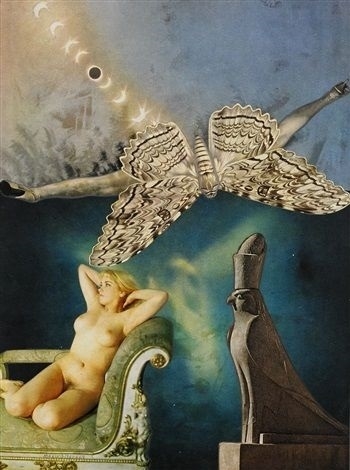 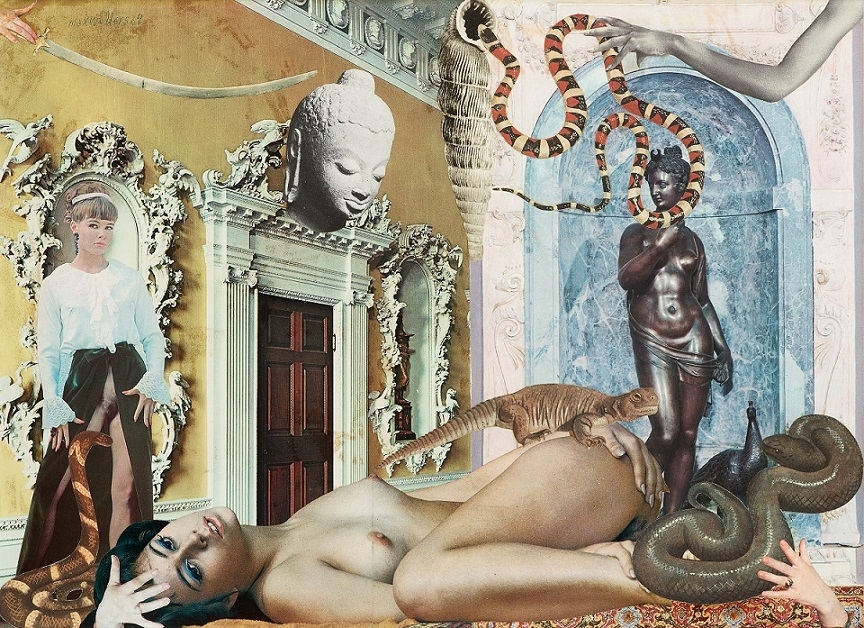 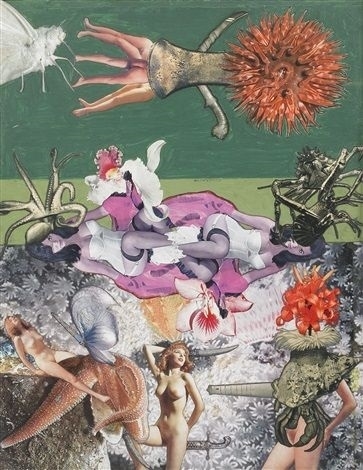 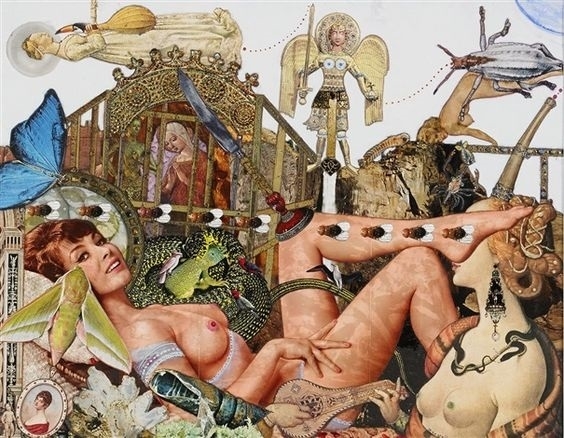 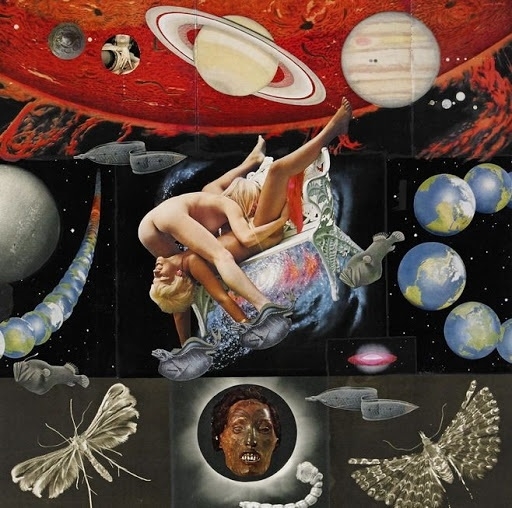 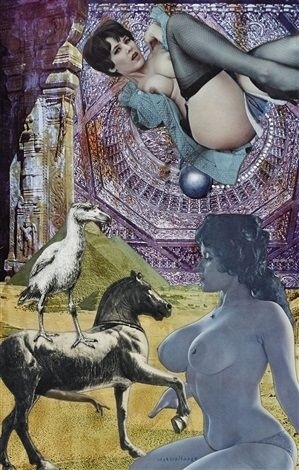 Worship to the Woman

As Svanberg said himself: “My art is the hymn of worship to the woman; to this strange hybrid of vision and reality, of convulsive beauty and chaste temptation. A solitaire in a rainbow room with skin of strange clothes and butterfly swarms, events, and scents, of the morning rose fingers, the transparent suns of the day, of the blue darlings of the evening and the big-eyed fish of the night.” 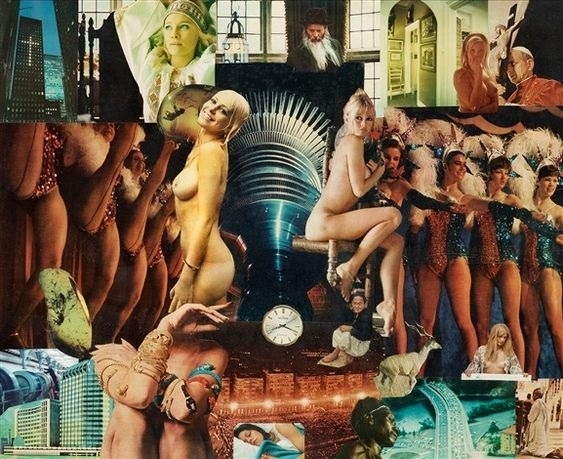 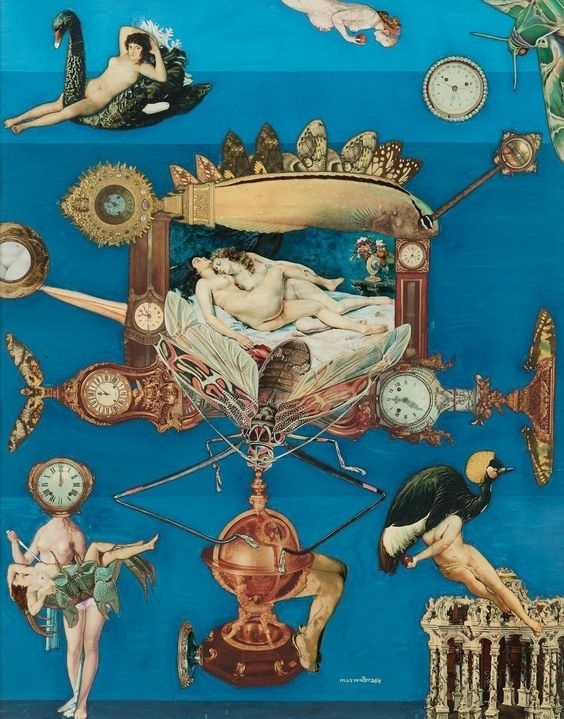 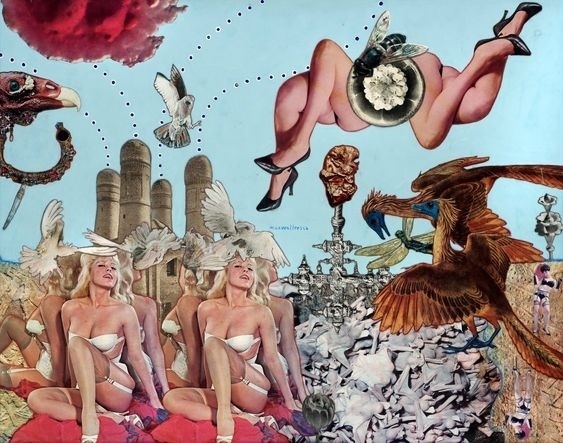 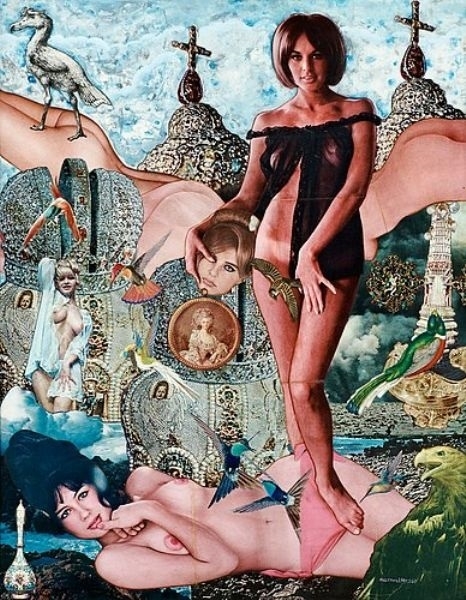 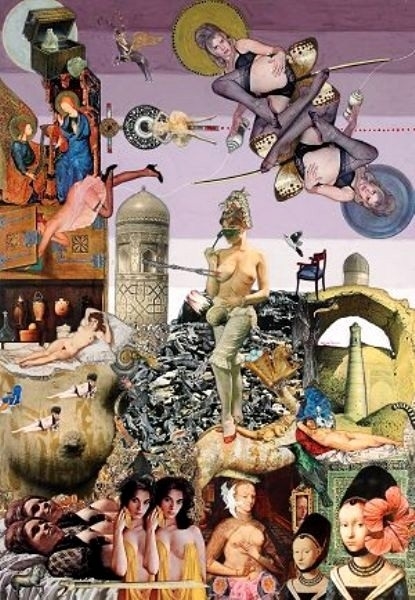 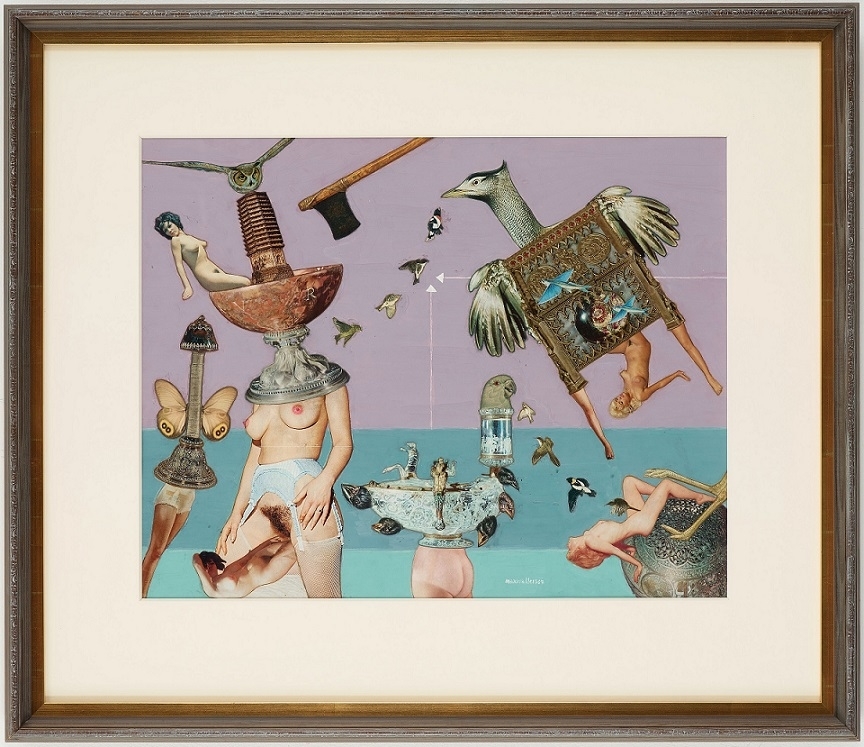 Click HERE for the phallic surrealism of the Dutch artist Hans Kanters or HERE for Hans Bellmer‘s Dark Surreal Dollhouse….!!

Does the sensual surrealism of Svanberg appeal to you? Leave your feedback in the comment box below….!!