The Amazing and Absurd Erotism of Fièvres Nocturnes, by Toshio Saeki

The Toshio Saeki’s work, in addition to having all the characteristics that define the ero guro nansensu, calls our attention for the boldness way the Japanese artist manages to recreate important themes from the folklore of his culture. 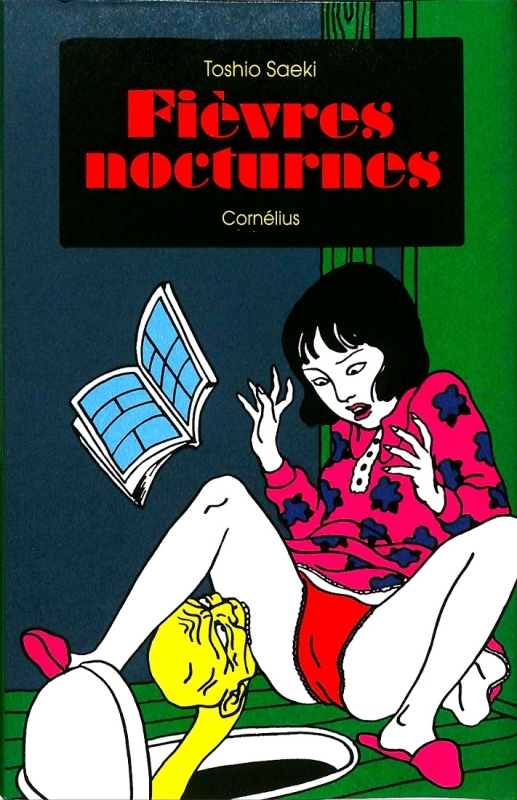 His book Fièvres nocturnes (Nocturnal Fevers), published by Cornélius in 2022, is an example of how the artist manages, at the same time, to update creatures such as youkais, yureis and onis and insert them in a transgressive context that plays with the limits imposed by Japanese censorship through the playful and satire. 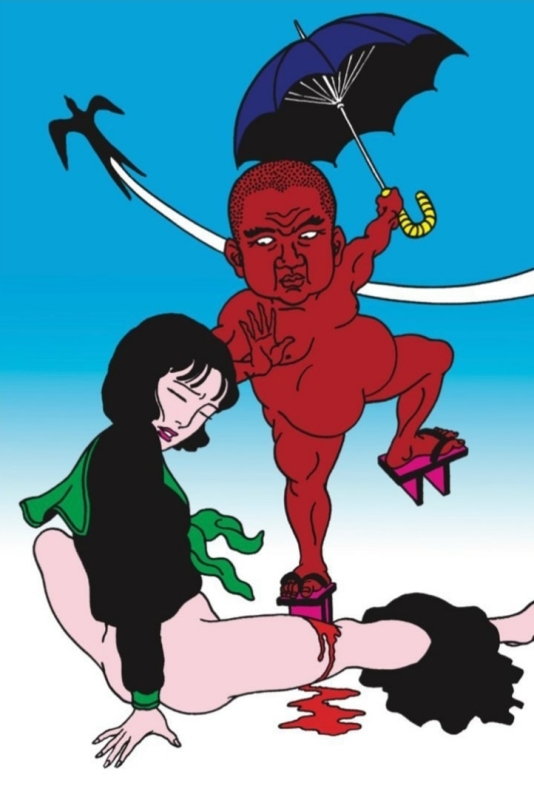 Due to the impossibility of representing scenes of explicit sex, Toshio Saeki uses the behavior of his characters to approach transgression as something natural that causes discomfort for a part of the audience, who doesn’t realize that the estrangement occurs because of the fact of not belonging to the worlds he creates, where the concepts of right and wrong are relativized in the face of pleasure, suffering and death. 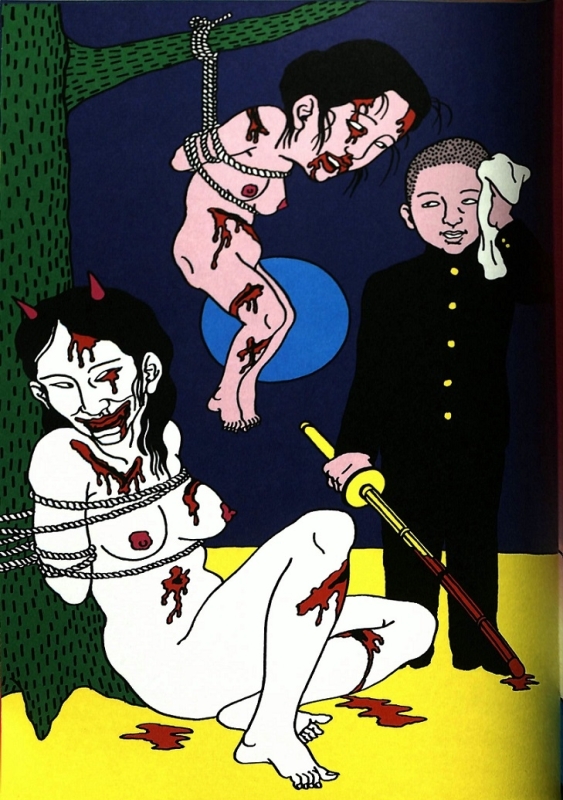 The presence of playful and satire in Toshio Saeki's images originates from the contact with the Tomi Ungerer’s work that Japanese artist declared in an interview to be one of his sources of inspiration. Fornicon, book published in 1969 by Tomi Ungerer, caused controversy and must not have escaped the eyes of Toshio Saeki who realized that these drawings could be a starting point to free himself from the advertising style he had built. Tomi Ungerer saw himself as a storyteller and satirist, an observation that is evidenced by the breadth of themes with which he worked: political satire, children's narratives and erotic illustrations. 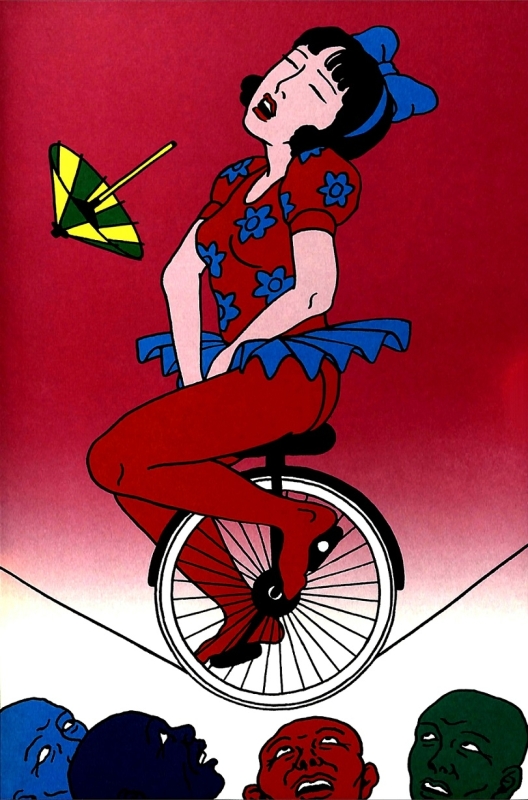 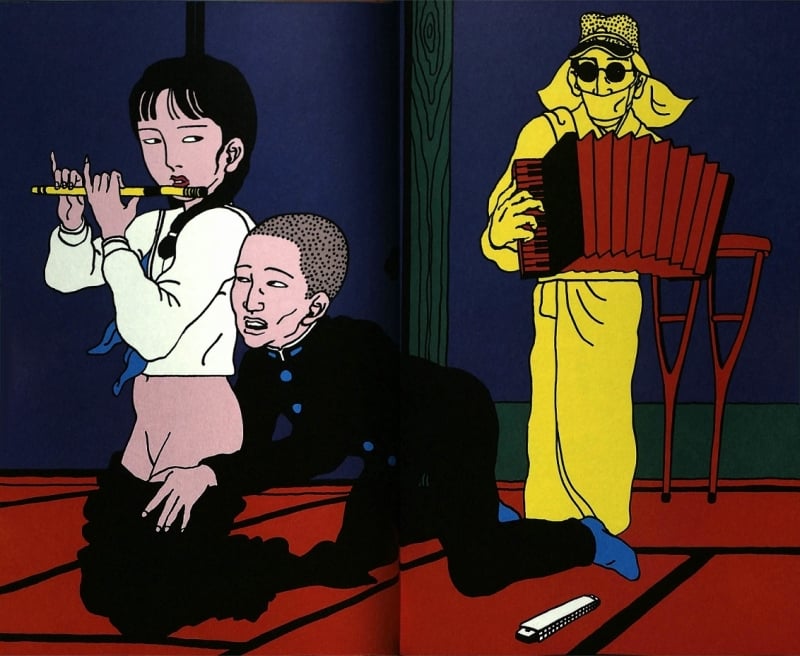 In the first image that opens the book, the Japanese artist explores the strangeness of a girl whose leg is injured by a brown figure, who resembles a youkai or an oni, wearing wooden slippers. Half-naked, with her legs spread, her expression is ambiguous, as her face reveals both pain and pleasure. Throughout Fièvres nocturnes, encounters with mysterious creatures are constant. They represent the Japanese taste for supernatural elements and refer to a world that eludes explanations, where the grotesque rules. 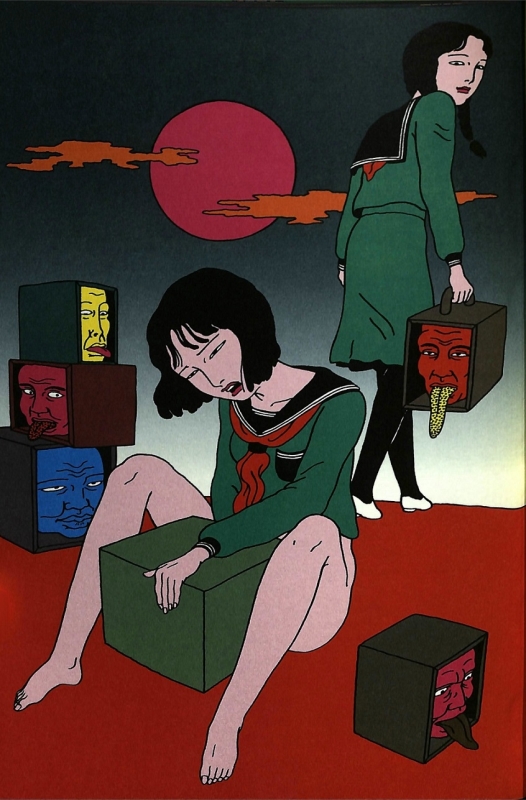 As explained by Wolfgang Kaiser: “the grotesque is the estranged world. But some additional explanation is required. For viewed from the outside, the world of the fairy tale could also be regarded as strange and alien. Yet its world is not estranged, that is to say, the elements in it which are familiar and natural to us do not suddenly turn out to be strange and ominous. It is our world which has to be transformed. Suddenness and surprise are essential elements of the grotesque”. 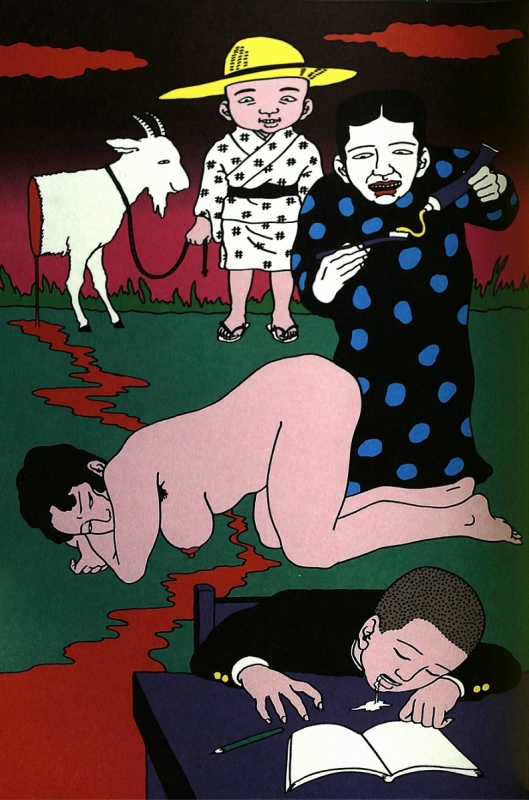 To emphasize this transformation, Toshio Saeki also uses domestic scenarios and situations. In an image of a typical family formed by father, mother and son (Fig.18), the artist offers us the strangeness, by subverting the standard behaviors established for these characters by society. Thus, in this engraving, we behold father and wife, with her breasts bare, watching their son feed a doll through where would be a vagina. In another image, a little girl, accompanied by her parents, on a visit to an elephant in a zoo, has her genital organ touched by its trunk (Fig.7). 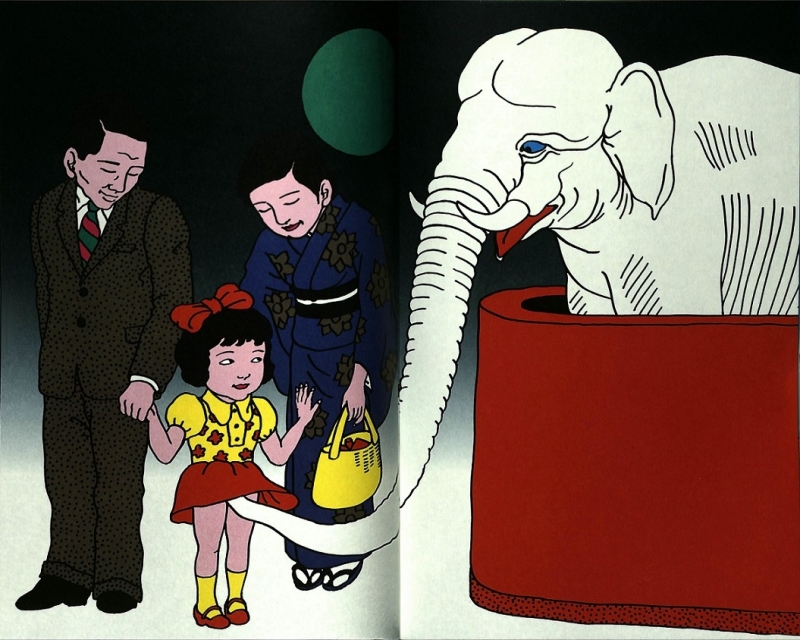 The facial expressions of all these characters are not of horror, repulsion or even fright, but of happiness. These scenes may seem grotesque to us readers, but for Saeki's characters they are like another day in their lives, as the humor that arises in these situations resides in the contrast between our reality and the fictional one constructed by the artist. 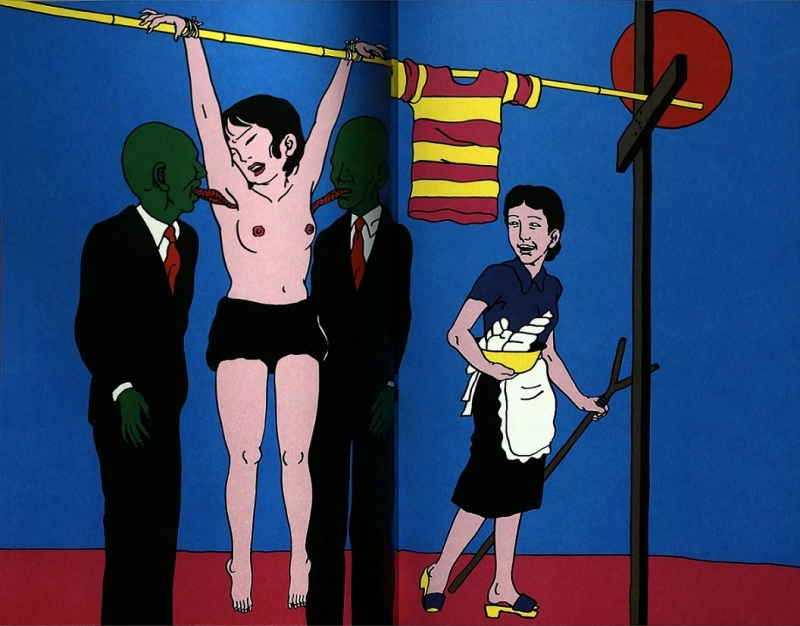 This humor can also be seen in an engraving, where a guy, who appears to be an executive, with harness piercing his eyes and holding a briefcase by his mouth, is ridden with total submission by a girl (Fig.17). Both are watched by two high school students, a girl and a boy, with spontaneity and delight. Violence is totally relativized, so there is not much room to differentiate victims from executioners, as both enjoy the physical pain they inflict and receive. 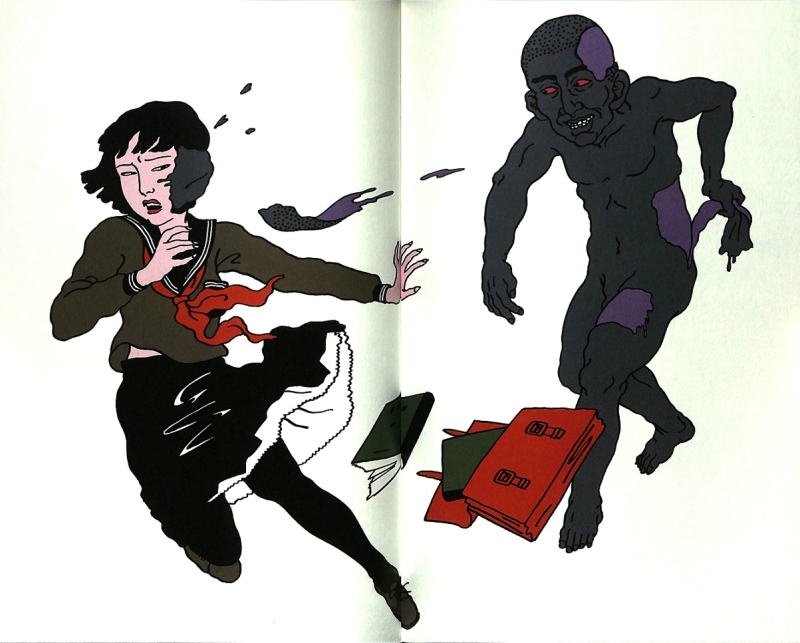 The serenity how transgression is experienced by Toshio Saeki’s characters is what awakens in us the sensation of absurdity, because, in the opinion of Albert Camus, “what is absurd is the confrontation of this irrationality and this desperate desire for clarity whose call resounds in the man's depths”. In the worlds created by Toshio Saeki, the irrational prevails as what goes against our rationality, our attempt to see the world based on norms and common sense. Hence, dream and reality, in his images, become undifferentiated, as one invades the space of the other, as a result the limits that separate them are erased. 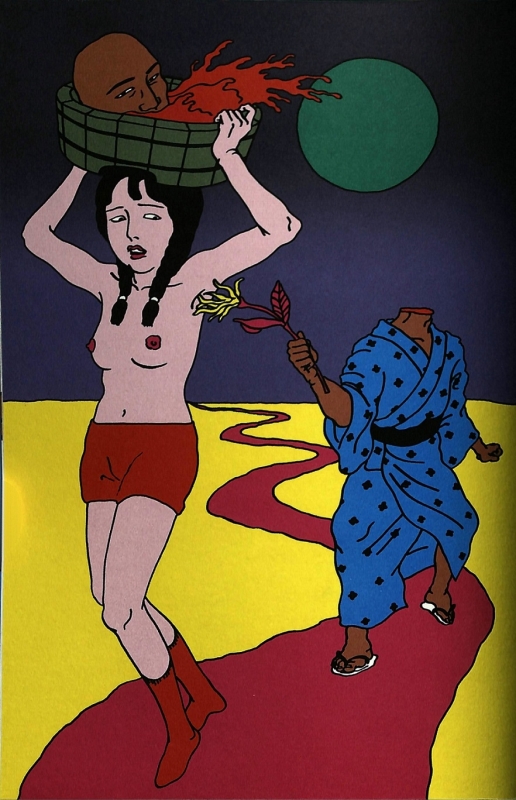 What is offered to the public are realities where the sense of disorientation dominates, as the attempts to construct definitive interpretations for the images created by Toshio Saeki collapse in the face of the breadth of meanings he weaves into them, by disordering through the unpredictable how we human beings act towards each other in our daily lives. 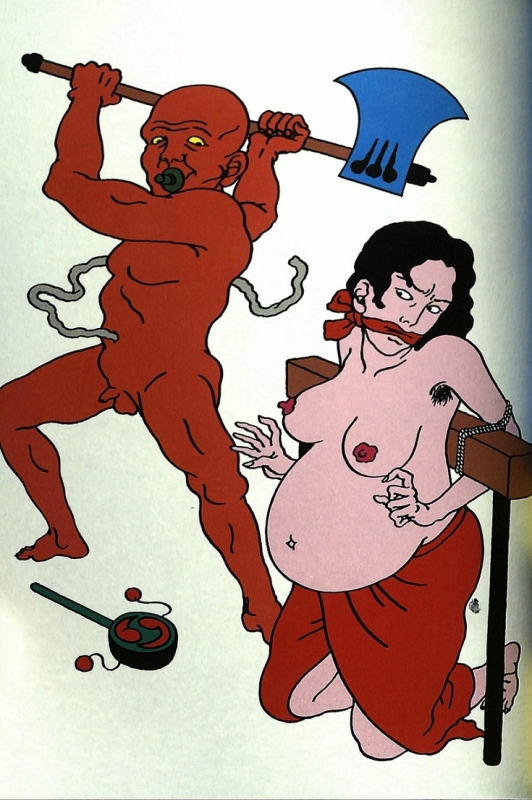 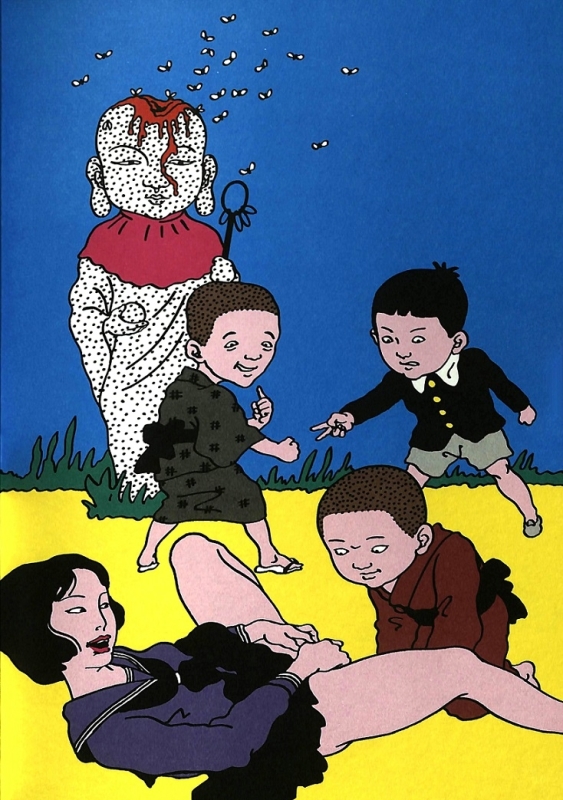 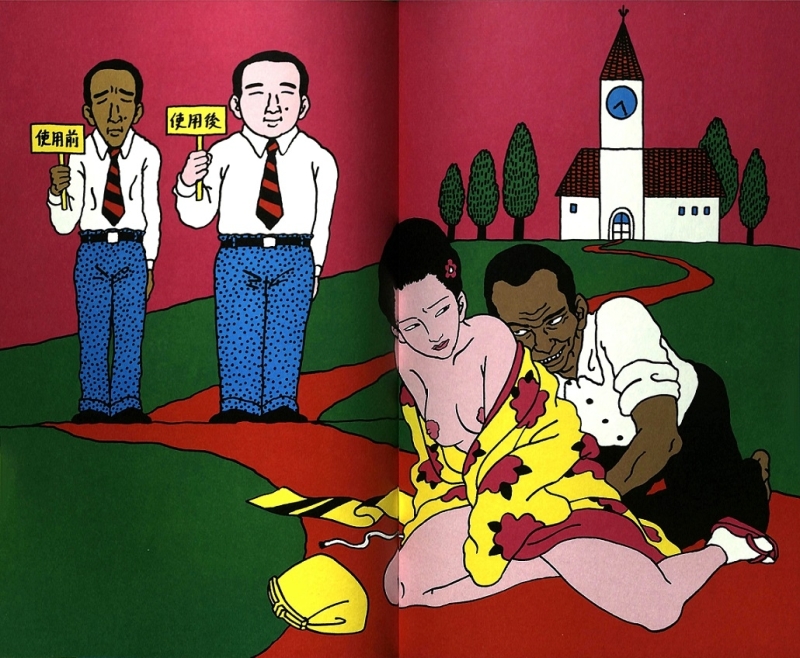 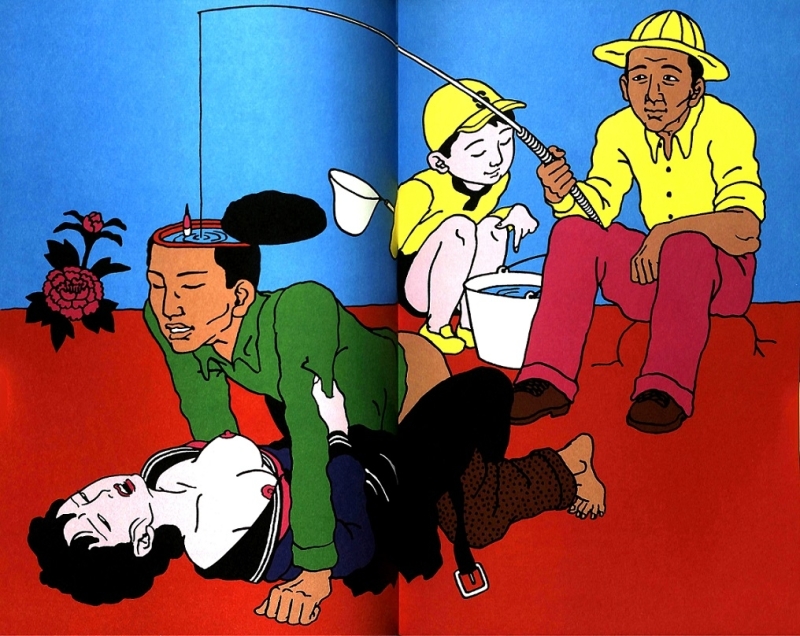 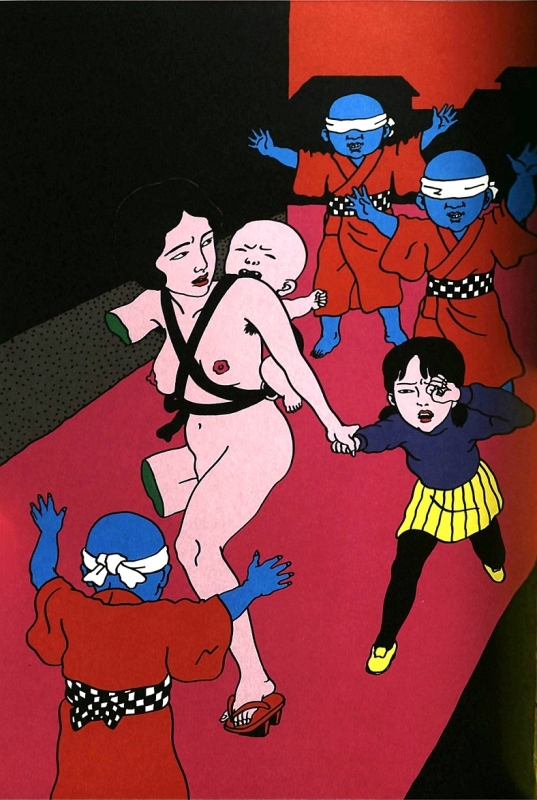 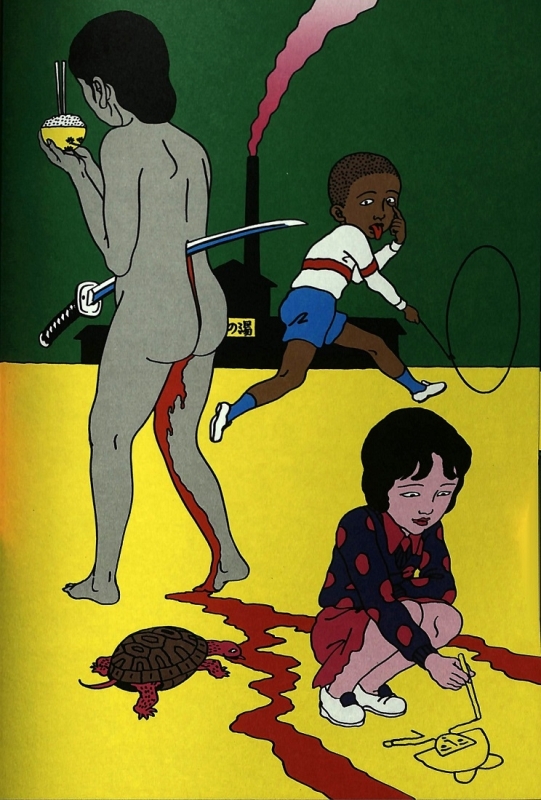 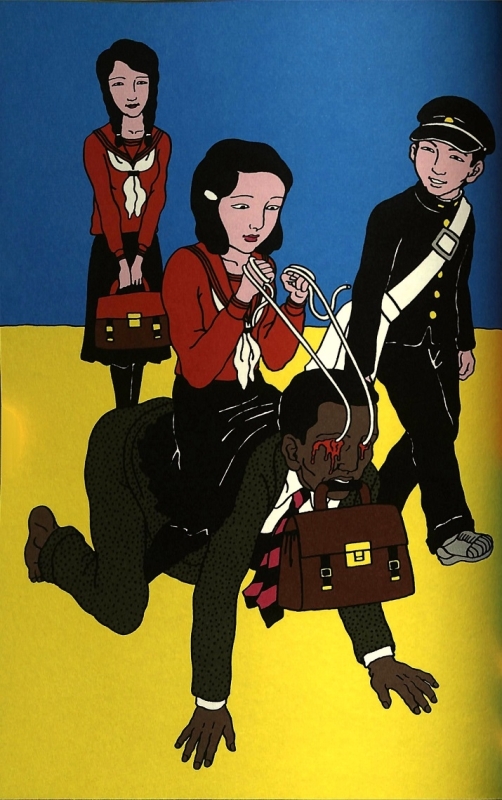 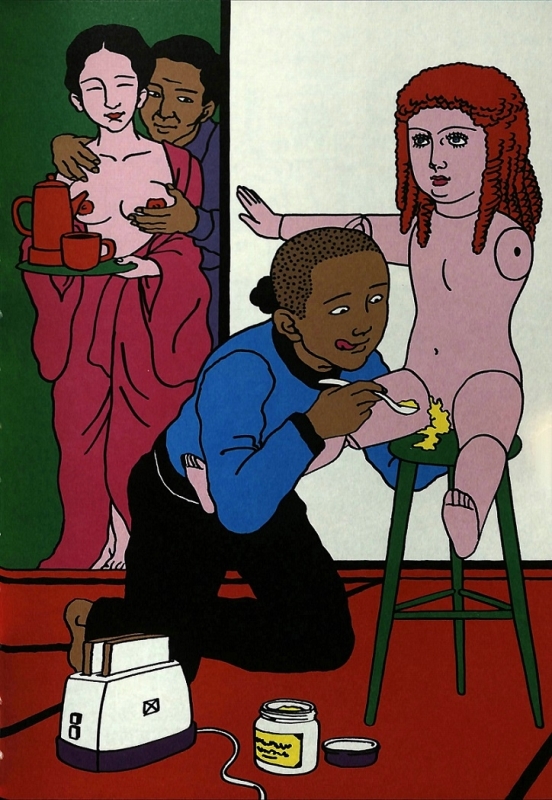 Let us know what you think about the art of Toshio Saeki in the comment box below..!!

Not my cup of tea

Thanks KSa. Yes, Saeki's work clearly divides art lovers in two camps, those who love it and those who hate it