Suehiro Maruo (1956) is one of the most important representatives of the Ero Guro movement. Ero what? Well, it is a rebellious artistic genre that mixes erotica with components of the macabre and grotesque. Hence, it’s other name ‘Erotico-grotesque’. It spans a variety of art forms including literature, movies and painting, often referring to stories that took place in the early Taisho era (1912-1926).

Its origins can be found in the work of Kuniyoshi (1797-1861) and Yoshitoshi (1839-1892), who besides steamy shunga, displayed similar themes with bondage, rape and sensual torture.

An important early inspiration for Maruo and his contemporaries was ‘Eimei nijuhasshuku (Twenty-eight Famous Murders with Verse)‘, issued in 1866/67 (Fig.1), that showed decapitations and acts of violence during the Meiji era. Yoshitoshi produced the series in collaboration with Yoshiiku (1833-1904), each producing half. 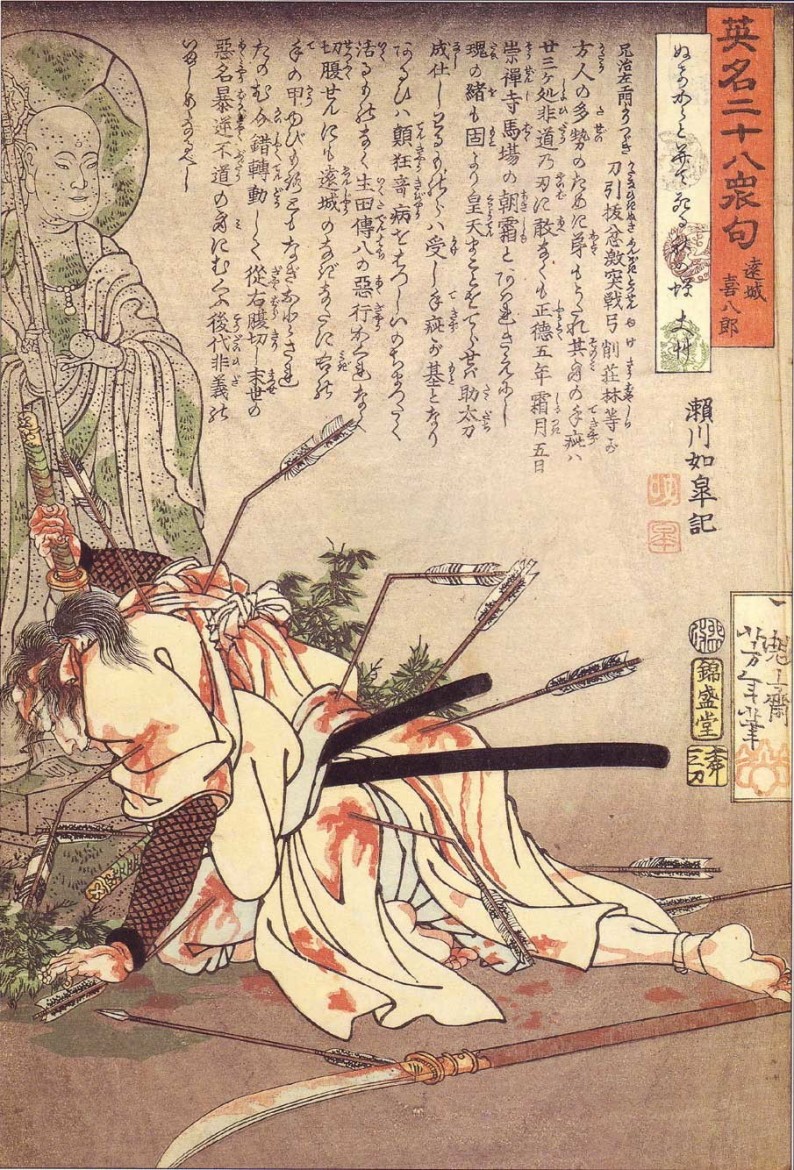 Fig.1. ‘Enjō Kihachiro fallen at the foot of a statue‘ (1866/67) from the series ‘Twenty-eight Famous Murders with Verse‘ by Yoshitoshi

The nightmarish manga (Japanese comic books) of Suehiro Maruo show his fascination for human oddities, disfigurements, and “freaks”. In addition to the aforementioned Japanese influences, his bizarre universe is inspired by European art such as surrealism and German Expressionism, authors like Edgar Allan Poe and Georges Bataille and the painter Otto Dix. Also striking is his ocular fixation with the male figures licking the eye-balls (oculolinctus*) of innocent schoolgirls (Fig.7 and 8).

Despite the shocking nature of his work that is mainly produced and issued in Japan, there is no denying the beauty of Maruo’s images. His sense of composition, fine line, and attention to detail, offers a hallucinatory experience to the eye. He has a rather substantial cult following abroad and there are quite a few artists influenced by him, such as the recently discussed artist Pigo Lin. 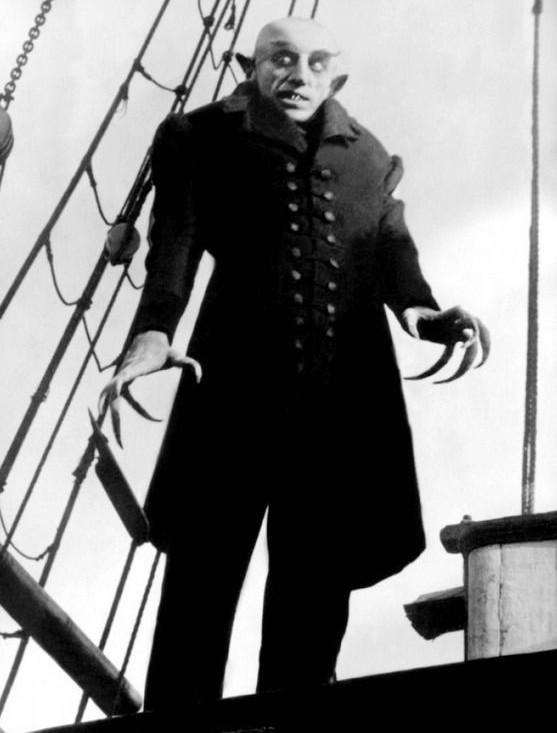 In Suehiro Maruo’s artwork below there are strong references to the German expressionist horror movies Das Cabinet des Dr. Caligari (1920) and Nosferatu (1922), consecutively Fig.4, 5 and 6, and to the bloody woodblock prints (muzan-e) of Yoshitoshi (Fig.11, 12, and 13).

A must-see is Maruo’s ruthless illustration of the suicide of Adolf Hitler and Eva Braun, with the Grim Reaper examining the rear end of a vomiting Braun (Fig.11). 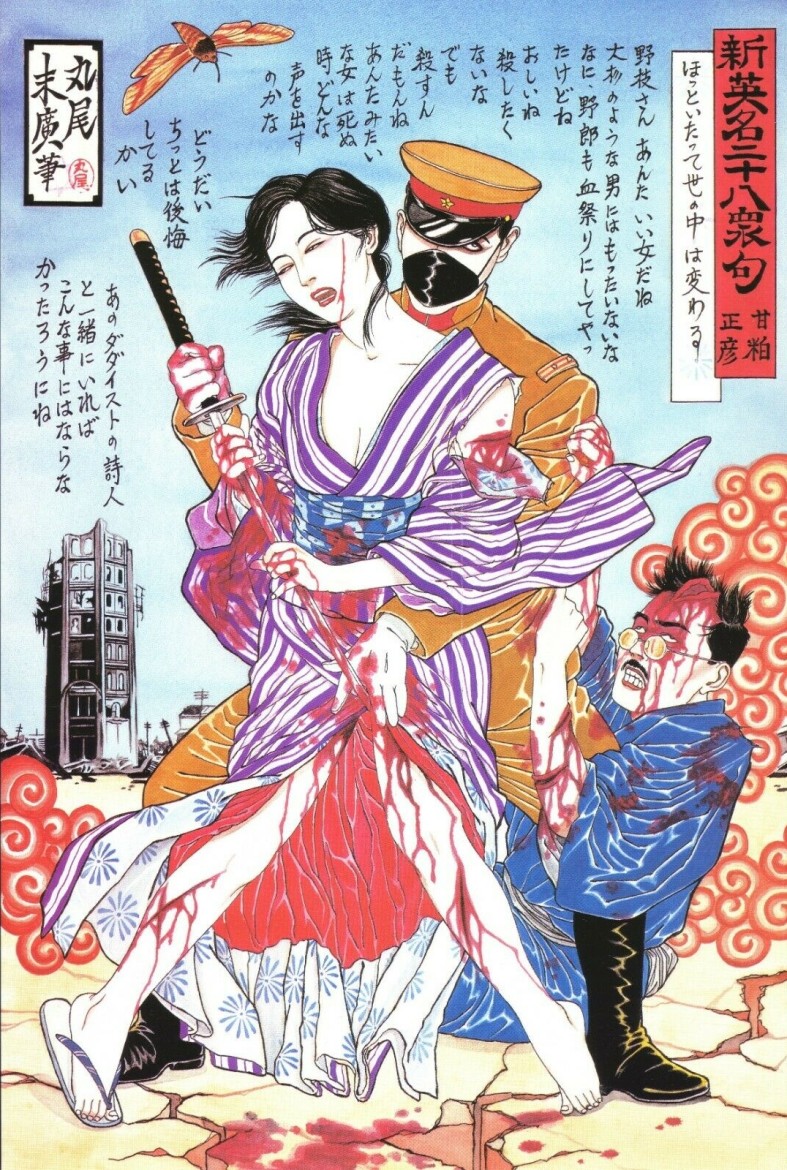 Fig.11. Illustration from the book ‘28 Scenes of Murder‘ by Suehiro Maruo & Kazuichi Hanawa 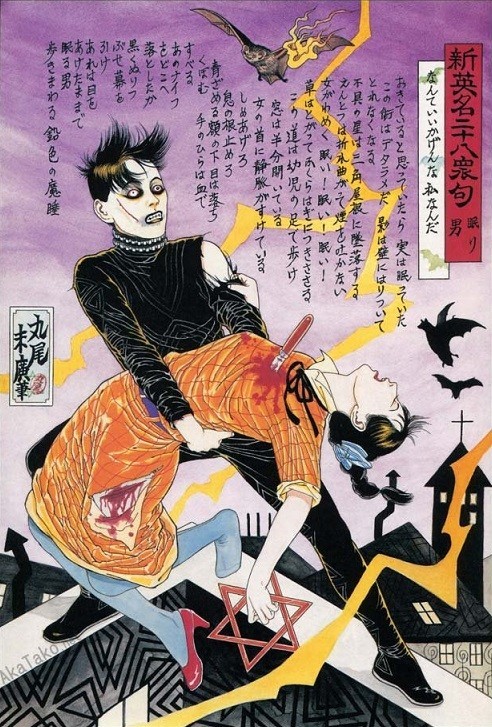 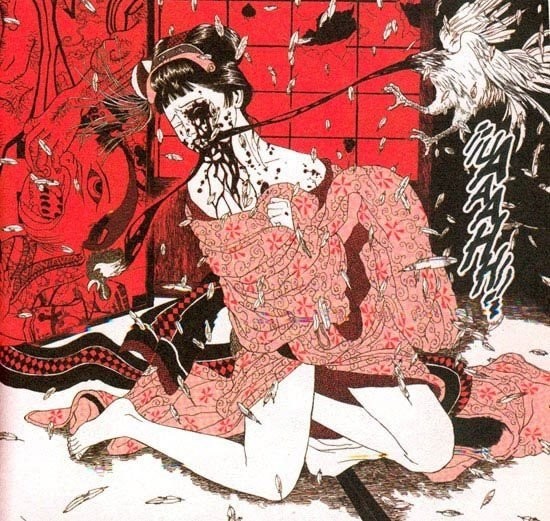 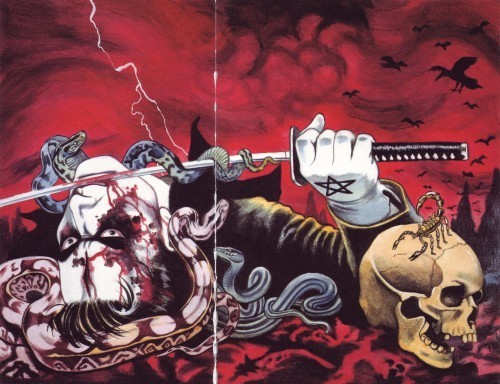 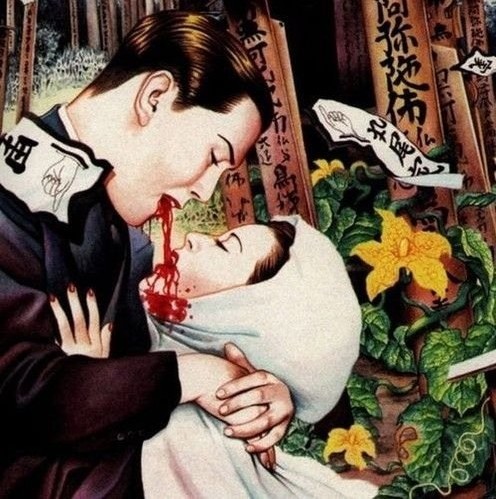 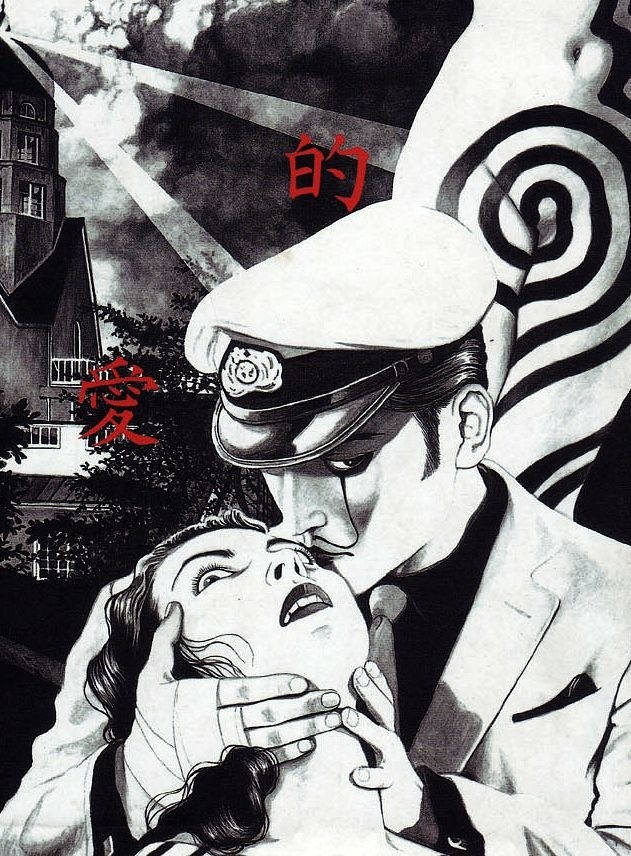 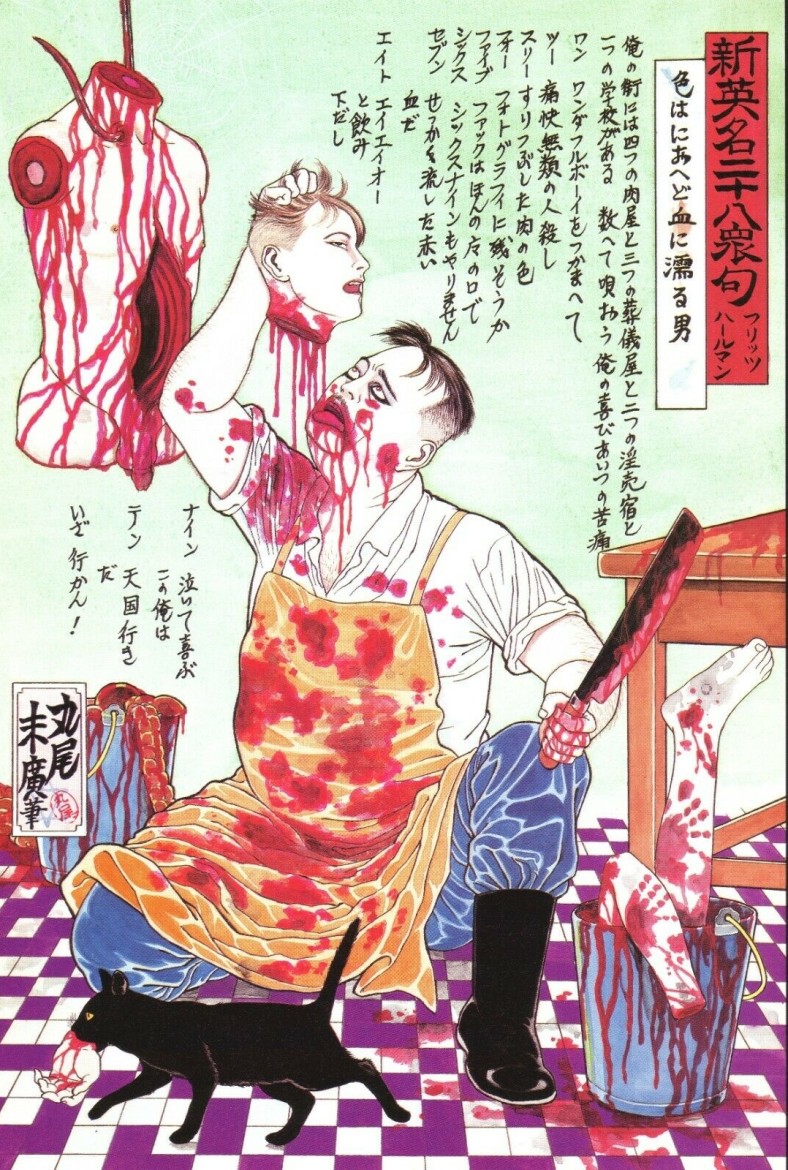 Fig.20. Illustration from the book ‘28 Scenes of Murder‘ by Suehiro Maruo & Kazuichi Hanawa 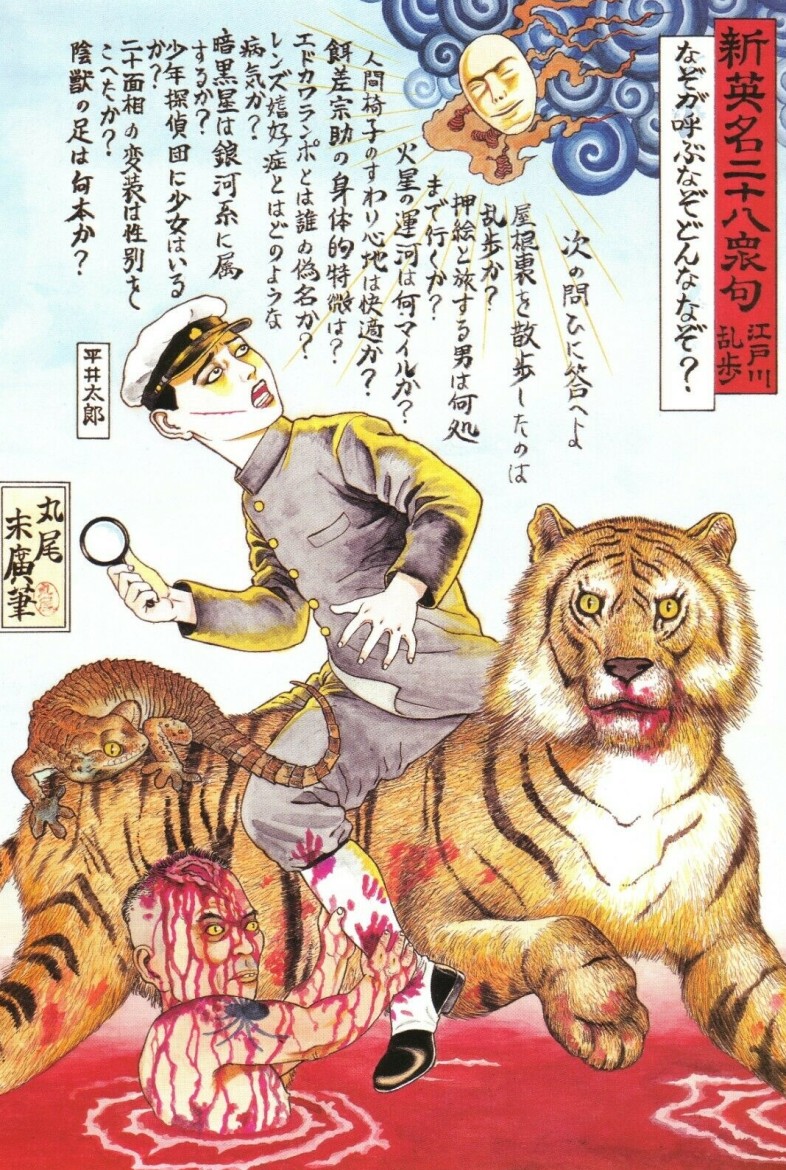 Fig.21. Illustration from the book ‘28 Scenes of Murder‘ by Suehiro Maruo & Kazuichi Hanawa 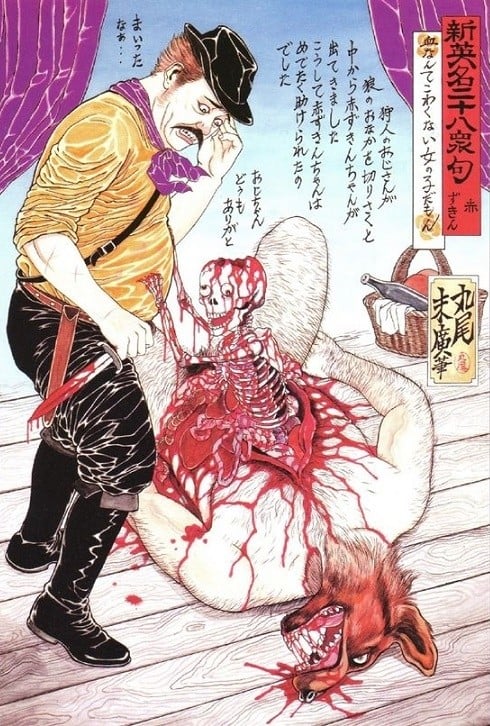 Fig.22. Illustration from the book ‘28 Scenes of Murder‘ by Suehiro Maruo & Kazuichi Hanawa 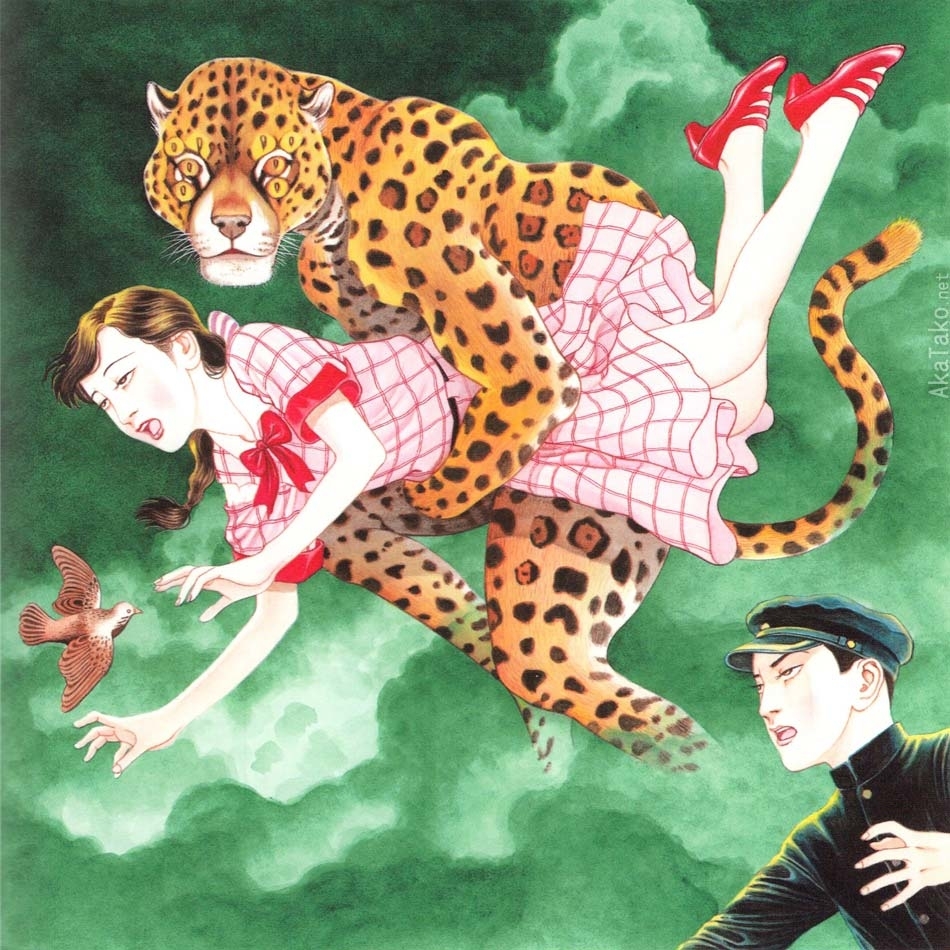 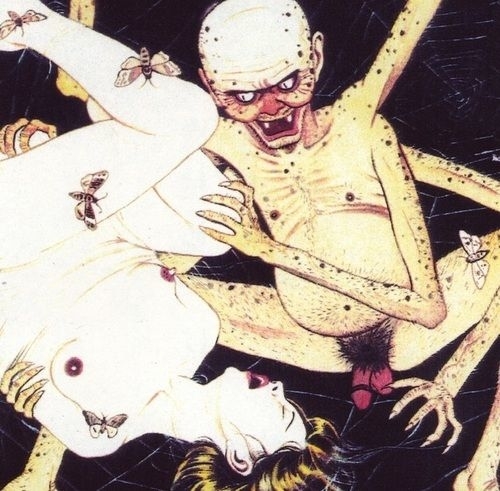 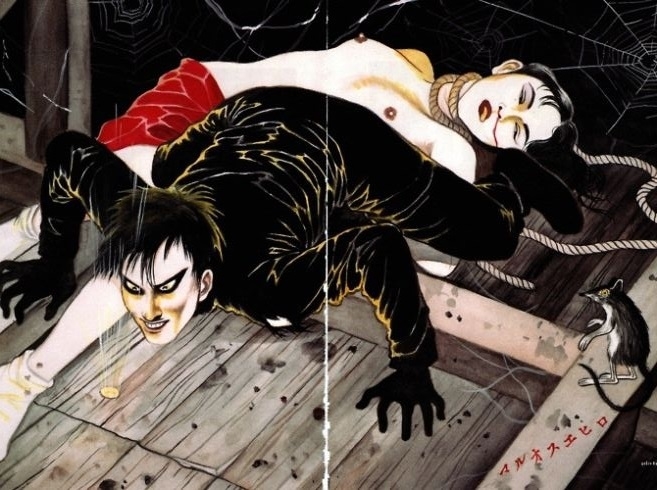 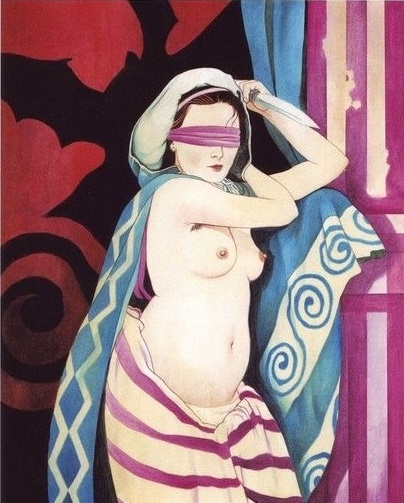 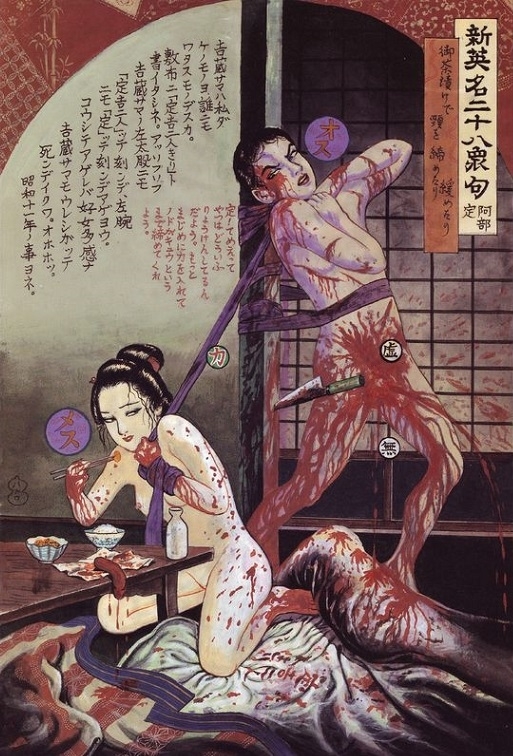 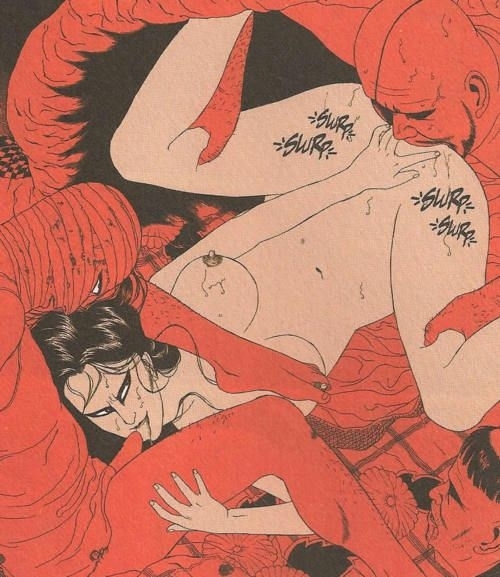 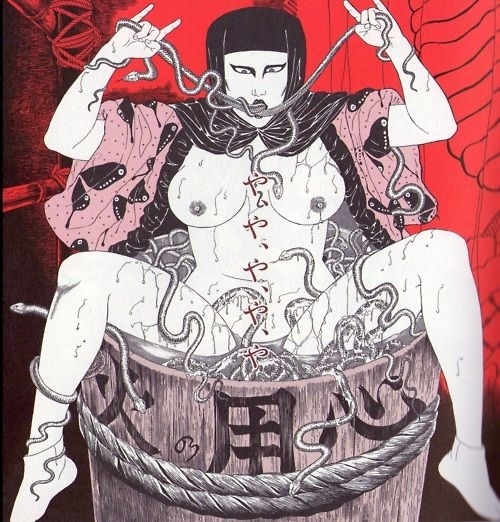 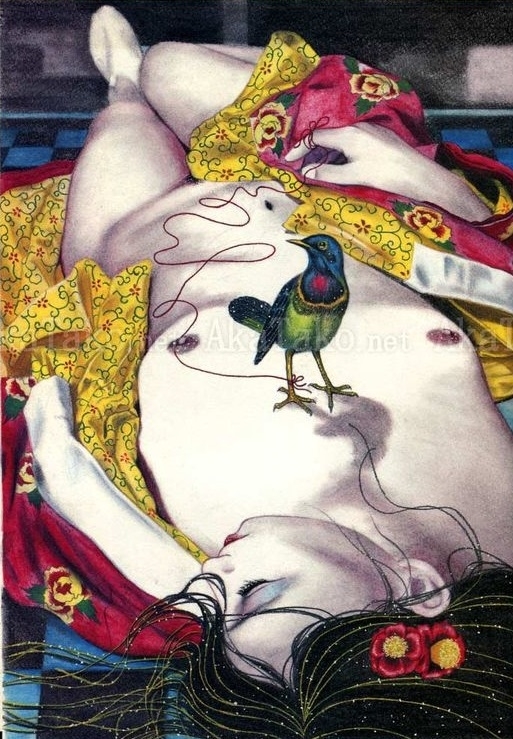 Click HERE to check out other contemporary artists who are inspired by ukiyo-e and shunga…!!

*Until recently I was not familiar with this fetish of licking the eye-balls called oculolinctus (aka. “worming”) but it seems to fascinate a lot of people because I read about this media hoax (including the so-called quality press) in which was reported that there was a brief “worming” revival among Japanese teenagers in 2013. Therefore a lot of them would wear eye-patches at the time due to eye infections.

Do you also like the subversive art of Suehiro Maruo, or do you think it’s too confrontational? Let us know your opinion in the comment box below!

I trust others find this interesting or even arousing, but the sub genre of the Erotico-Grotesque is quite distasteful to me personally. Thus far, this has been the only topic you have raised that I find distasteful... I have enjoyed everything else that you have published. Keep up the good work.

Thanks Brian. I see what you mean, It is inherent in the work of artists such as Suehiro Maruo that there is a strong separation between fans and haters. The provocation is an important starting point for them, they are pushing the limits. I belong in the first category but I can understand that others are repelled. Anyway, thanks a lot for your support Brian, and I am pleased you enjoyed our previous articles!

Loved that cat running of with the severed hand! Fig 20. Somehow reminded me, but in reverse, of Caravaggio's, 'Beheading of John the Baptist. Sex, violence, gore and guts. Not particularly my cup of tea but great to see such a creative imagination (I'm referring to the artist not the butcher!) at work.

Thanks Peter. Interesting comparison with Caravaggio's Beheading. Although it lacks Maruo's dark humor.

Brilliant - thanks for displaying these amazing thrilling excellent works.

Thanks Tomas, you're more than welcome!