Tsui no hinagata: Hokusai's Most Famous and Popular Shunga Album

‘The maiden and her young lover‘ (c.1812) First plate from the series ‘Tsui no hinagata (Models of Loving Couples)‘ by Katsushika Hokusai

The above plate is the first one of the set and features an appealing scene of young love: a youngster in his late teens, his crown not yet shaved, has found his way into the boudoir of a shy young maiden, and abruptly initiates making love to her.

It’s not their first rendezvous, nevertheless, for he presses her with that tactless question preferred by reckless young men: “Last time, you said it was your first experience – but is that really true?” The maiden answers not with any protestations of chastity, but with a more honestly realistic,”How could it not be so? – I’ve never met someone I loved like you.”

This charming scene of a Spring night is almost overpowered, however, by the visual delights of the textiles depicted. In particular, the design is dominated by the wave-like pattern of the maiden’s furisode gown: with which she shyly covers her face – grasping the collar of her juban undergarment between her teeth. The young man reacts at this by saying, “Does it still hurt?” to which she replies, “No never.”

At lower-left will be seen a candelabra which the young man has brought along to find his way in the dark: together with the requisite tissue-papers.

“The fabric of the robes and bedcover envelop the bodies of this young couple, filling the composition. The wave pattern on the woman’s robe with long sleeves (furisode) provides a particularly strong visual element. The man has crept into her room at night (the lantern he used to find his way in the dark stands at the side) and she hides her face in embarrassment. He asks her, ‘Is it really your first time?’

Click HERE and check out a striking plate from this series with a relaxing and their “pets”.

What is your favorite design from Hokusai’s Tsui no hingata series? Leave your reaction in the comment box below…!! 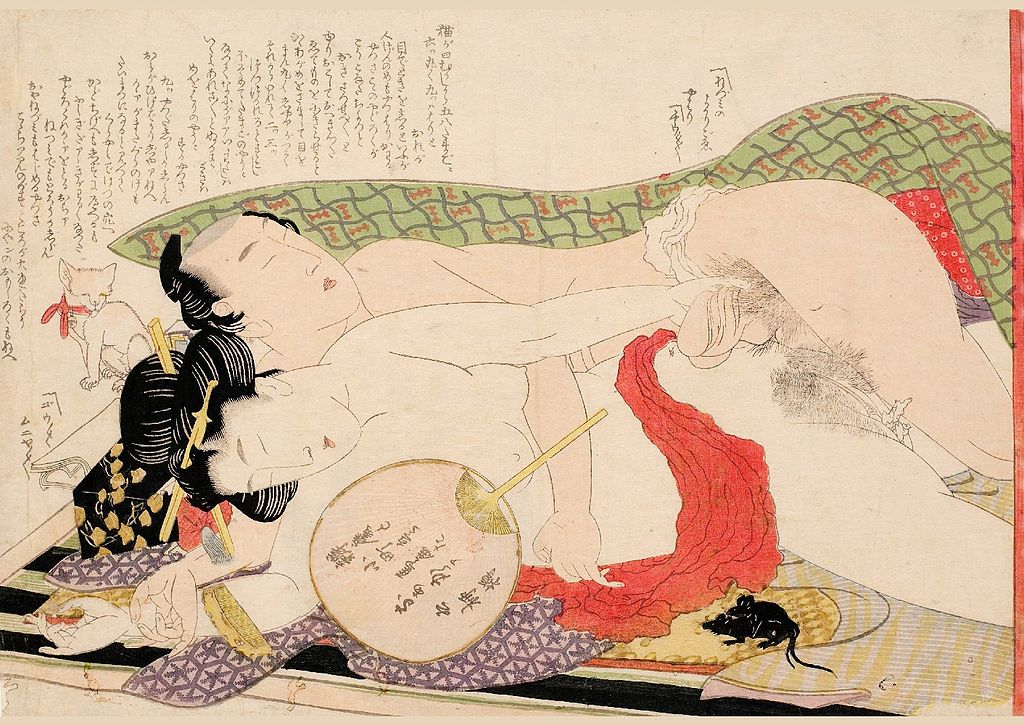 A Reclining Couple, Copulating Mice and an Amused Kitten
28 februari 2019 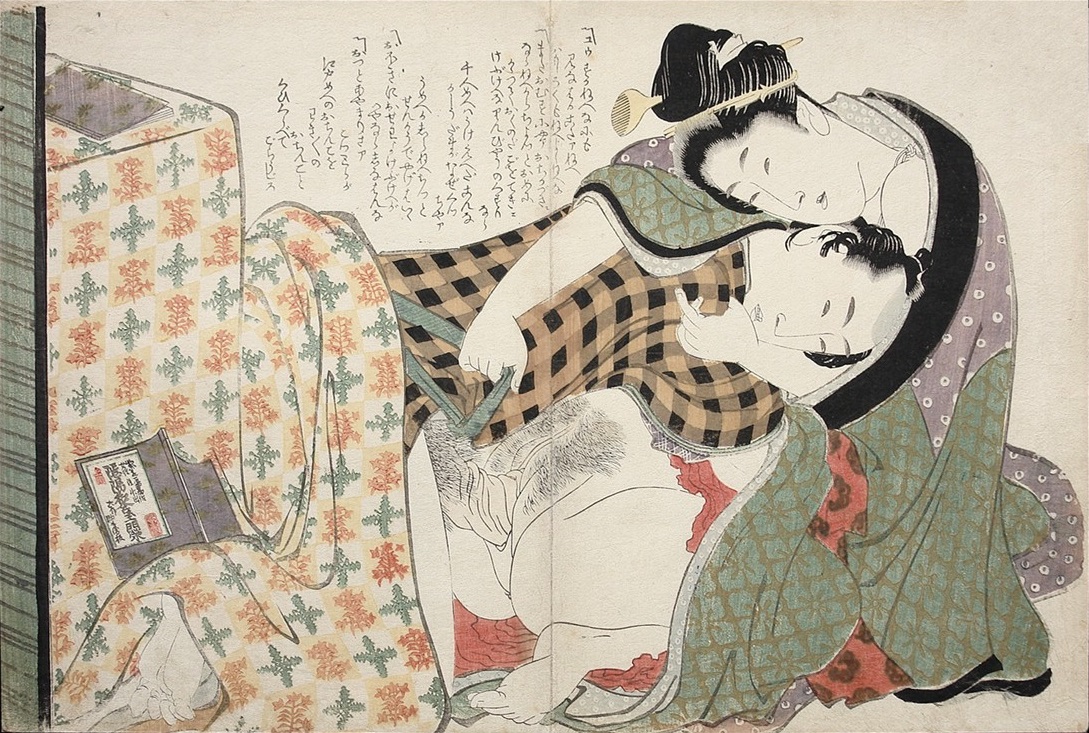 A Gentle Encounter Under a Comfortable Kotatsu Brazier
01 augustus 2018 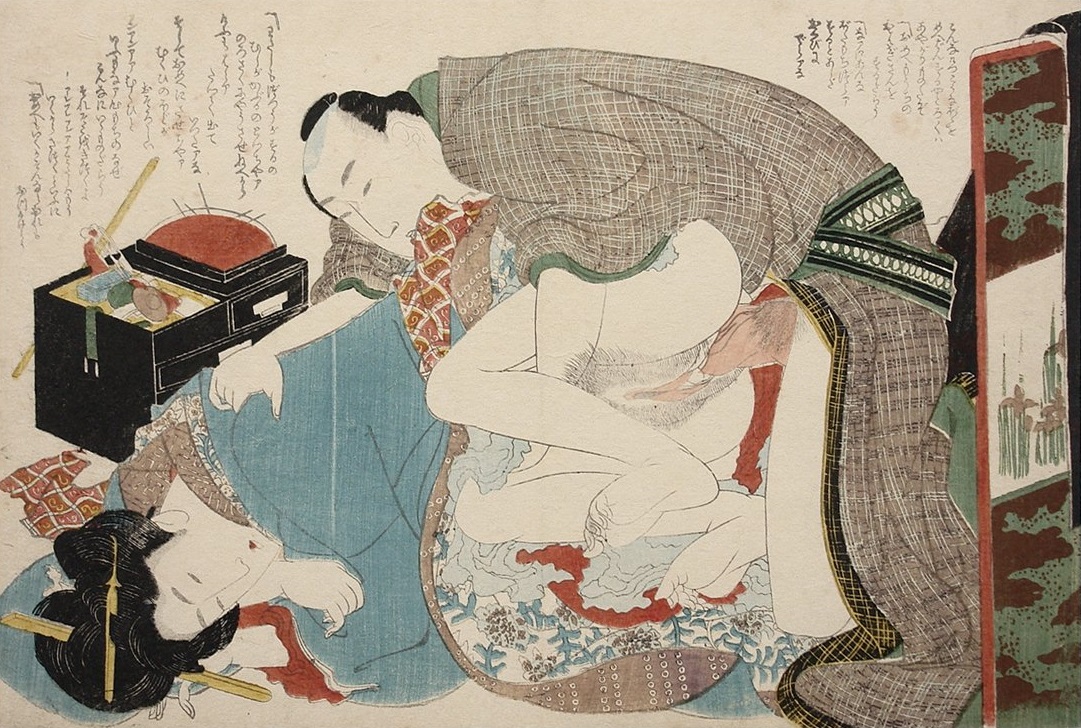 What a lovely scene! Thank you!