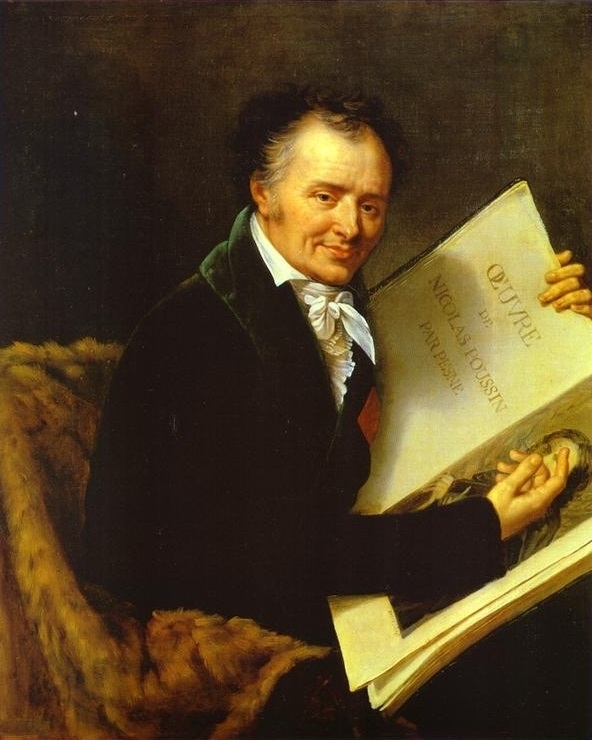 Fig. 1. Vivant Denon with a book of Nicolas Poussin (Wikipedia.org) 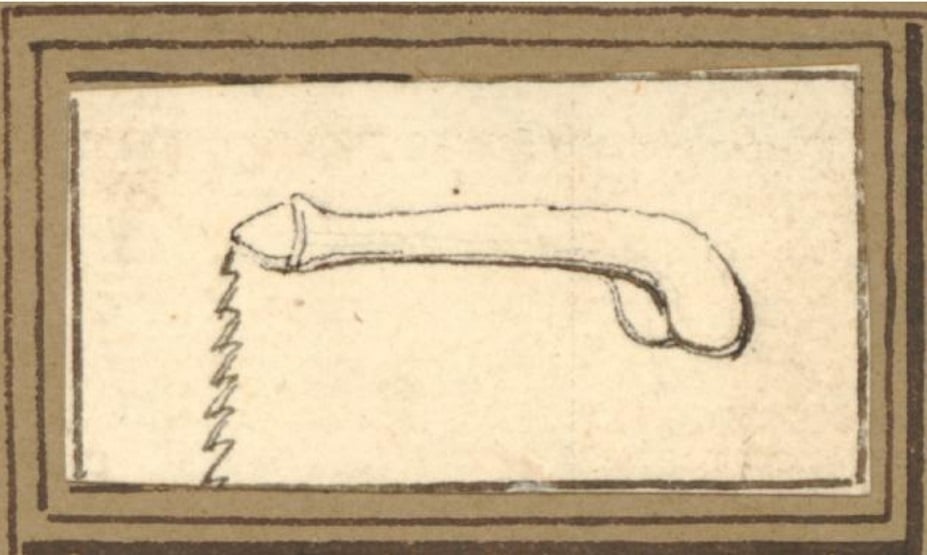 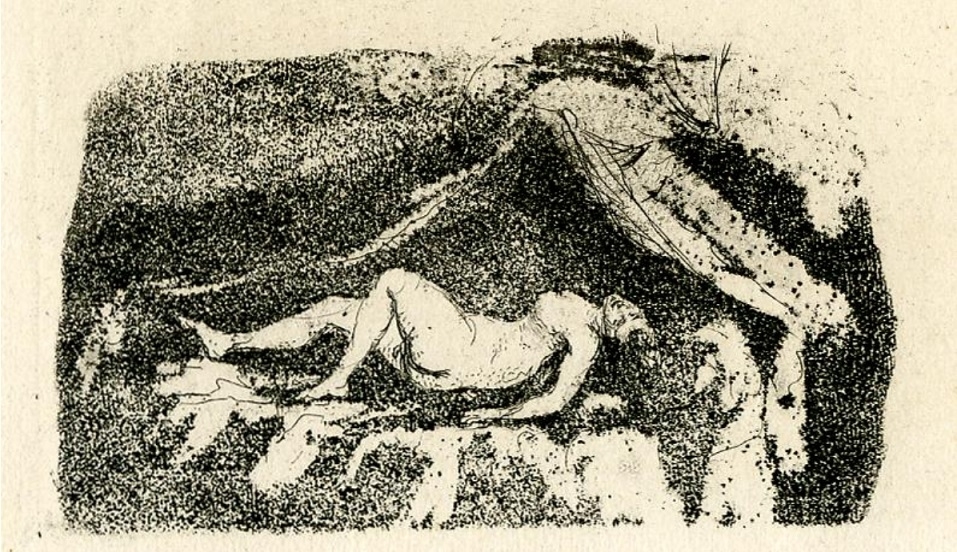 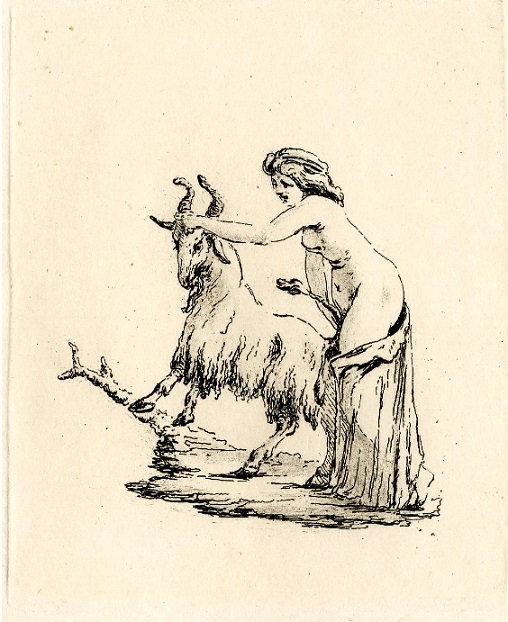 Fig. 4. Woman with a goat (britishmuseum.org) 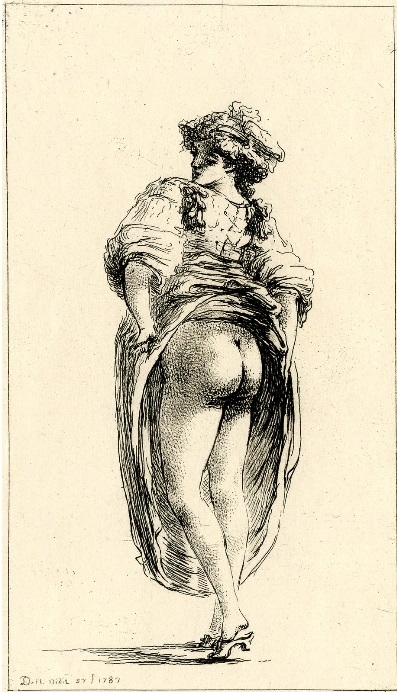 Dominique Vivant Denon, honored with the title of a baron at the age of 65, originated from a gentry family. His parents wanted him to work in the magistracy, but he was reluctant to study law. While attending the faculty of law in Paris, he also studied drawing and engraving with Noël Hallé. In the fourth year of his dwelling in Paris, Denon decided to quit the jurisprudence and devoted himself to the fine arts. Being 23-year-old, the artist produced a comedy ‘Le Bon Pere‘ and also an erotic novel. He was introduced at the court in 1768. His appealing appearance and whimsical wits made him a successful courtier. Louis XV made him responsible for the cabinet of medals and antique gems for Madame de Pompadour. Later, Denon became attaché to the French embassy at St. Petersburg, which was the beginning of his diplomatic career. At the time of the revolution, his property was confiscated, and he had to flee to Italy. Unsurprisingly, Denon’s charm attracted the women, which sometimes helped him a lot. Afterward, when the artist became acquainted with Josephine de Beauharnais, it was she who favorably recommended him to Bonaparte. Thus, his reputation was restored after the revolution, and he returned to France from Italy during Napoleon’s regime.

Fig. 6. ‘Le roman universel.’ A succession of six scenes relating, from right to left, the various steps of a relationship between a man and a woman. c.1790/94 (britishmuseum.org) 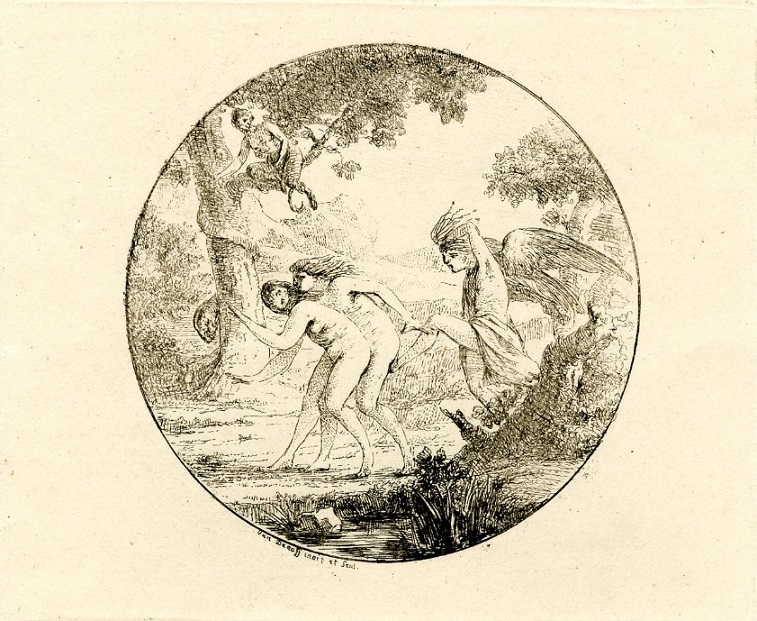 Fig. 7. The expulsion from Eden (britishmuseum.org) 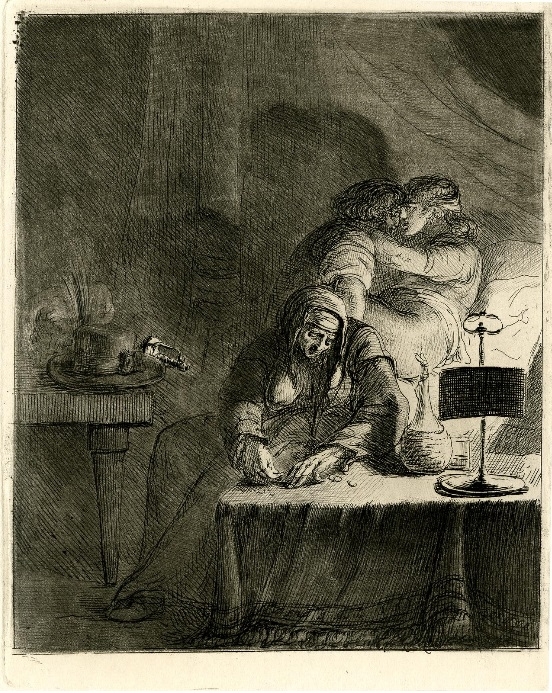 Fig. 8. Night scene in a bedroom, with old procuress counting money while behind her, a couple is engaged in sexual activities. c.1790/94 (britishmuseum.org) 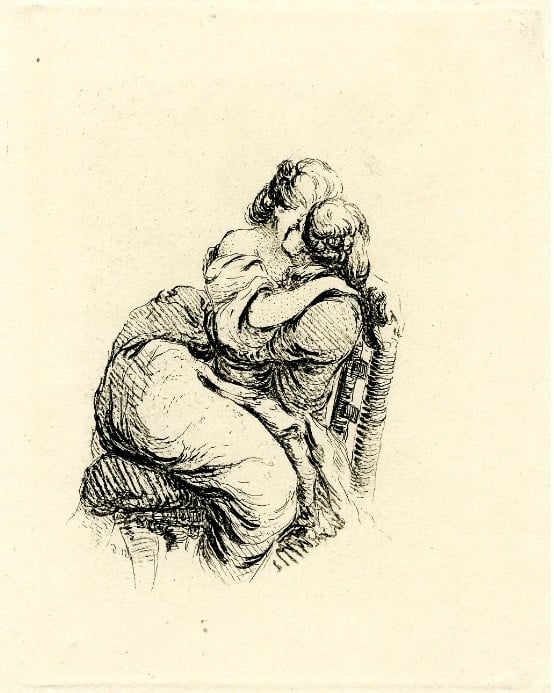 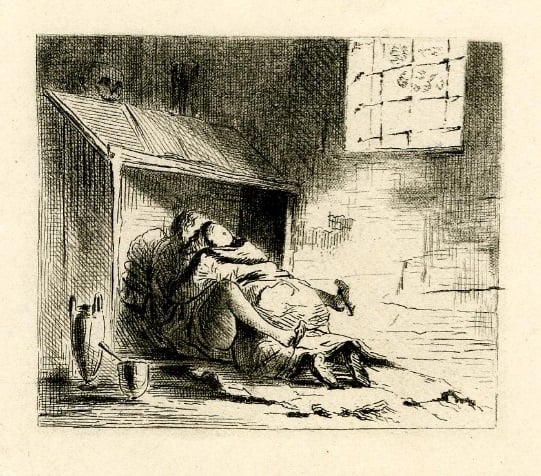 Fig. 10. The monk with a woman in a rustic setting (britishmuseum.org) 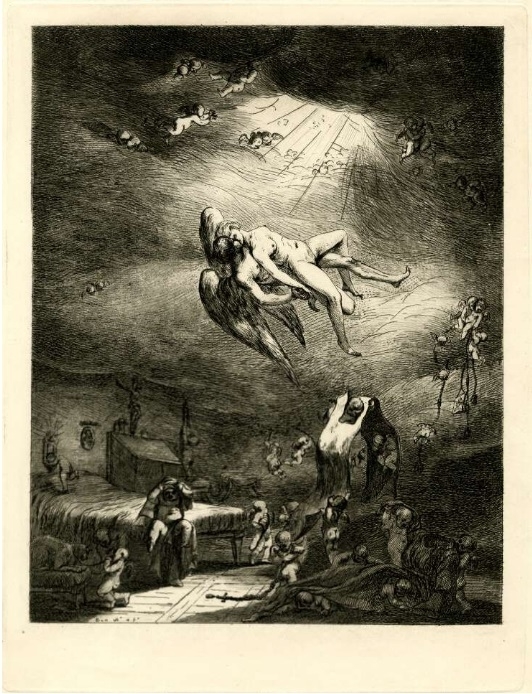 Fig. 11. The nun’s dream of a naked woman carried by an angel to the light (britishmuseum.org)

In 1798, when Bonaparte invited Denon to his military campaign in Egypt, the artist was 51 years old. Despite the age, Denon accepted the invitation and took part in Bonaparte’s venture. Being at the theater of operations, Denon copied ancient oeuvres with risk for his life. Bonaparte appointed the artist as a director of the art department of the Institute of Egypt in Cairo. When Denon returned to Paris in 1802, he was appointed as the head of the Louvre. He transported lots of ancient masterpieces to France. In fact, Denon was the one who established the fashion for Egyptian art in Europe. The Bourbon Restoration predictably caused his retirement. Since 1815, Denon worked on an illustrated history of ancient and modern art, which remained unfinished due to his death in 1825. 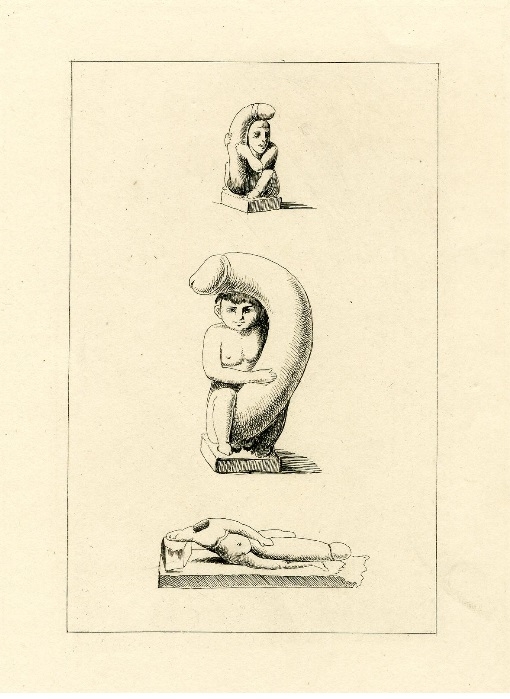 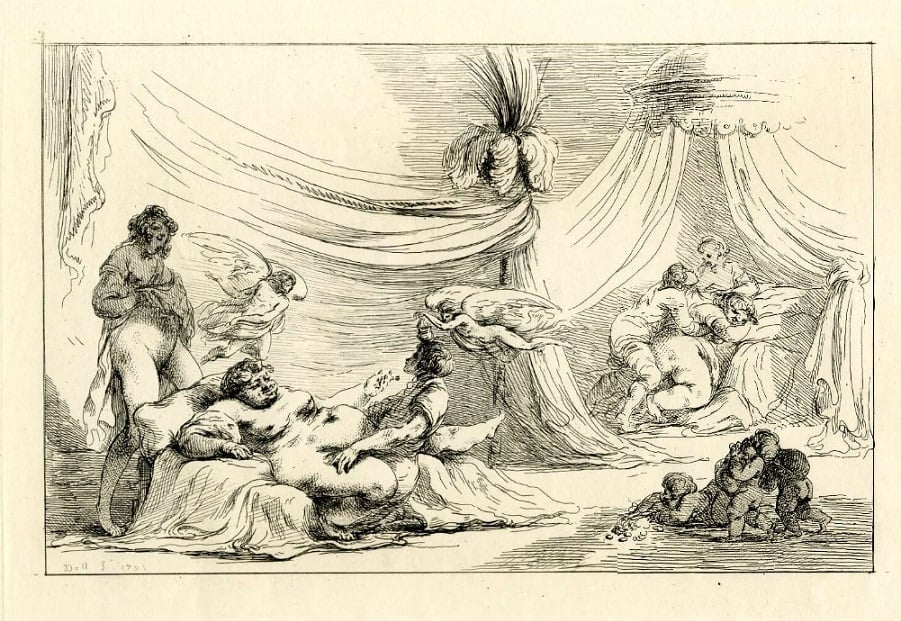 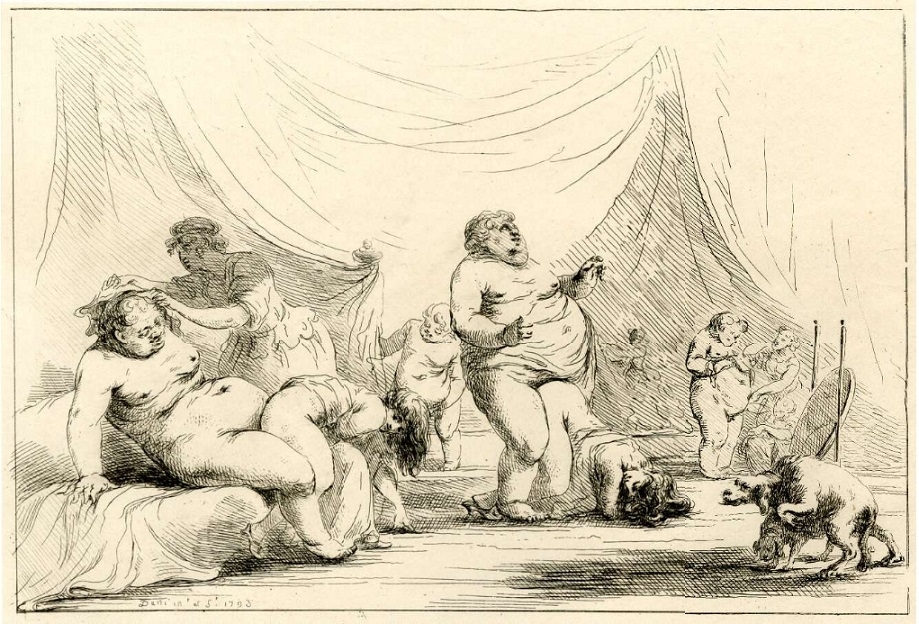 Fig. 15. Orgiastic scene with copulating dogs in the foreground (britishmuseum.org) 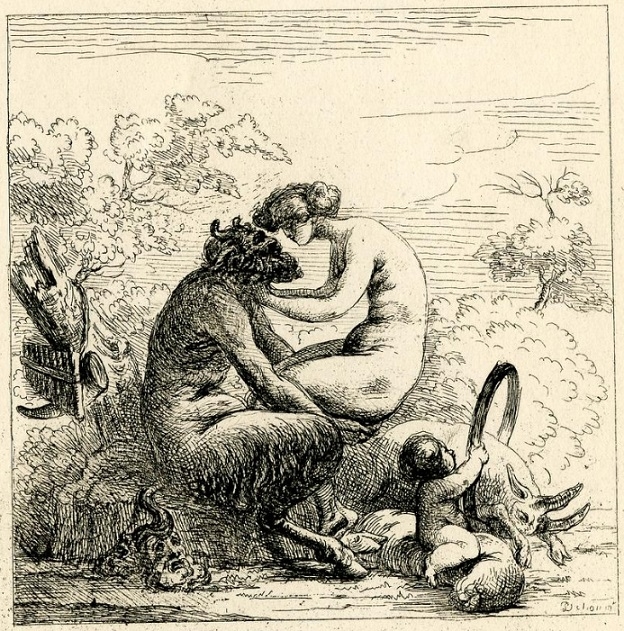 Fig. 17. Satyr and a nymph with a cupid and a goat (britishmuseum.org) 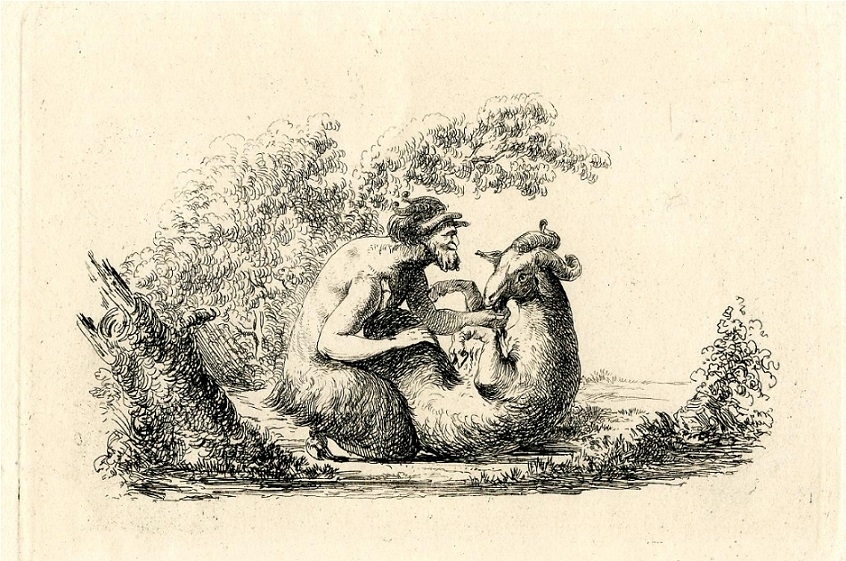 The series includes the print entitled ‘The thirteenth labor: erotic scene, with the 50 daughters of Thespius offered to Heracles’ (fig. 20) Thespius was a mythological king of Thespiae, who had 50 daughters and wanted grandchildren from hero Heracles. Coincidentally, his cattle were being devoured by a monstrous lion (not to be confused with the Nemean one). Heracles was 18 years old when he volunteered to kill the beast. Thespius offered him daughters as a reward. According to the myth, Heracles either was hunting on the lion for fifty days and each night had an intercourse with one Thespius’s daughter, or he mated them in one night. The second version sounds like the thirteenth labor indeed.

The term ‘priapic’ since ancient times refers to rough sensuality and erection. According to Greek mythology, Priapus was another ‘suffering’ deity. His misfortunes were caused by the episode that also led to the fall of Troy. Priapus allegedly was the son of Aphrodite, cursed in her womb by Hera as revenge for the judgment of Paris. Thus, he was born ugly and impotent although, his main attribute is a large penis. 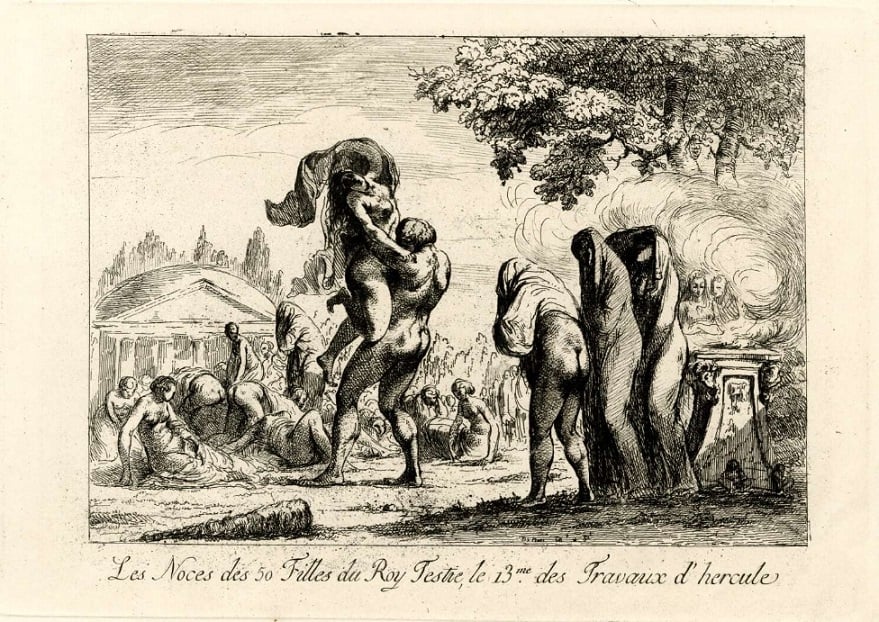 Fig. 21. Orgiastic scene, with obese and drunk Silenus, carried to a young naked woman who is offering her virginity to Priapus. 1793 (britishmuseum.org) 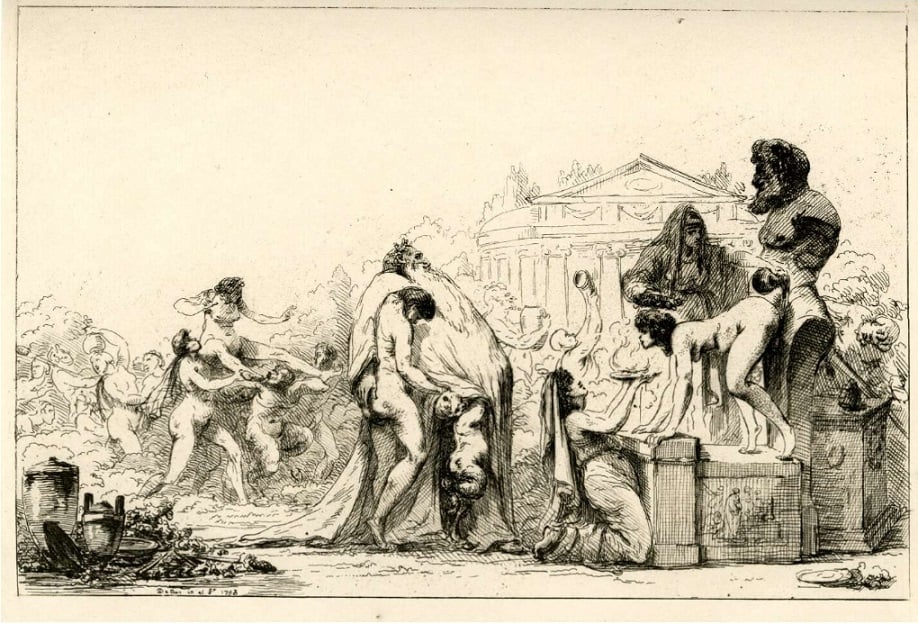 Fig. 22. Woman with a statue of Priapus (britishmuseum.org) 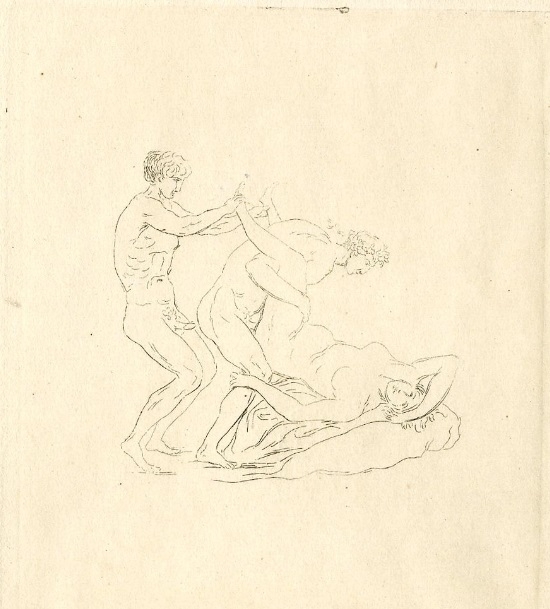 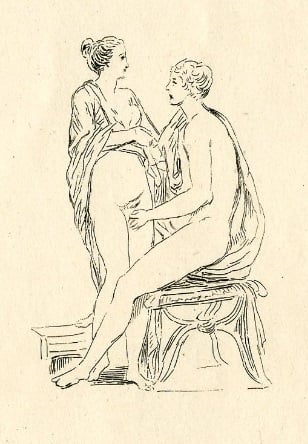 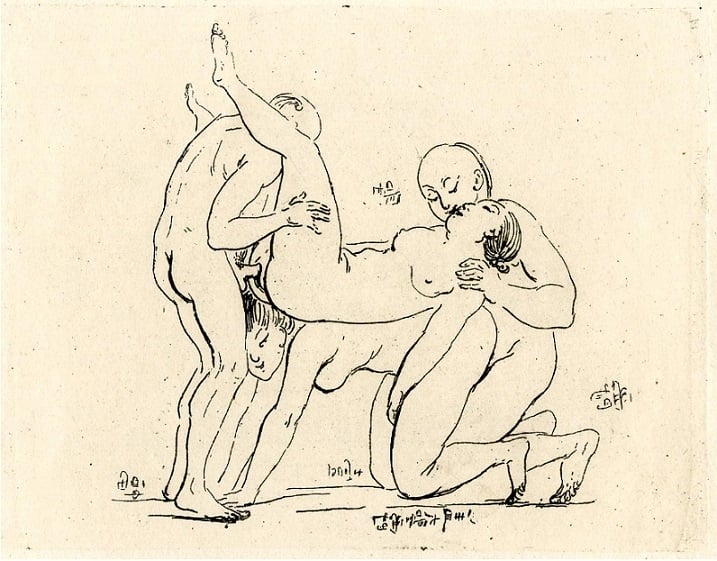 Click HERE for an article on the sensual lust and life in the drawings of court painter Mihaly Zichy…!!

Let us know your thoughts on the work of Vivant Denom in the comment box below….!!