12 Courtesans in the Role of Acrobatic Firemen by Kuniyoshi

The inscriptions on the buckets on the second bottom print on the left refer to Nakanocho Street in the Yoshiwara district – the prostitution district of Edo. Below it is depicted the great water vessel that stood at the gate of the Yoshiwara; the gate is on the right. The twelve pictures may form a calendar with references to the short and long months.

‘Series of twelve koban-sized shunga with prostitutes in the role of acrobatic firefighters‘ (c.1830-35) by Utagawa Kuniyoshi (1797-1861) (Source: Rijksmuseum) 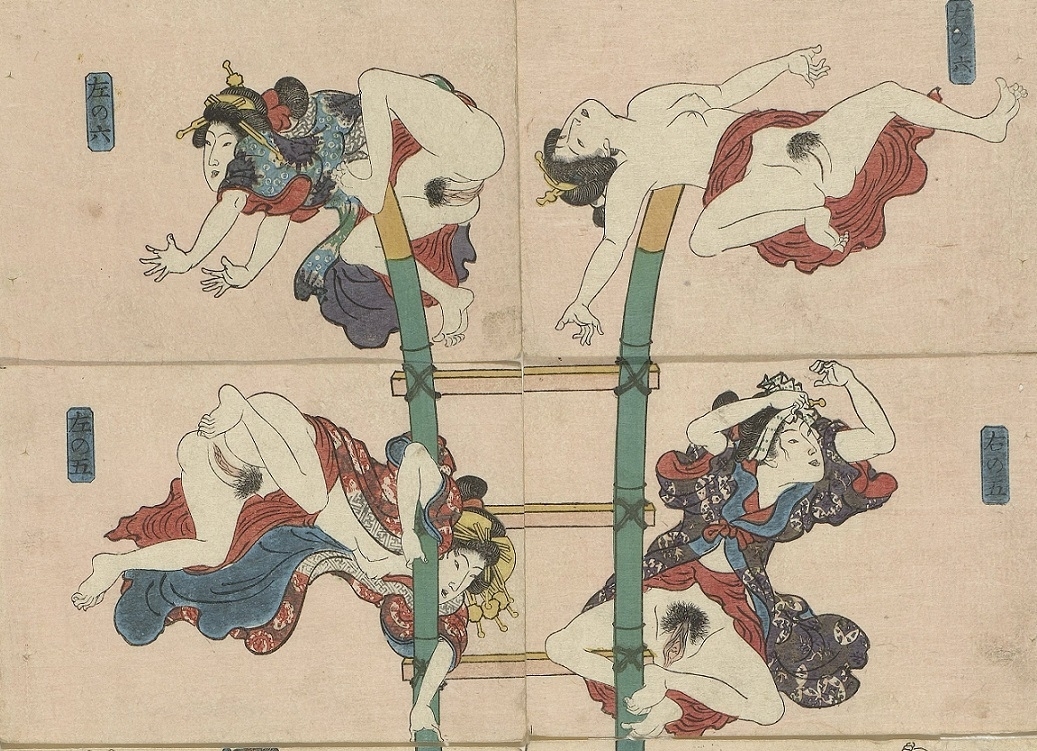 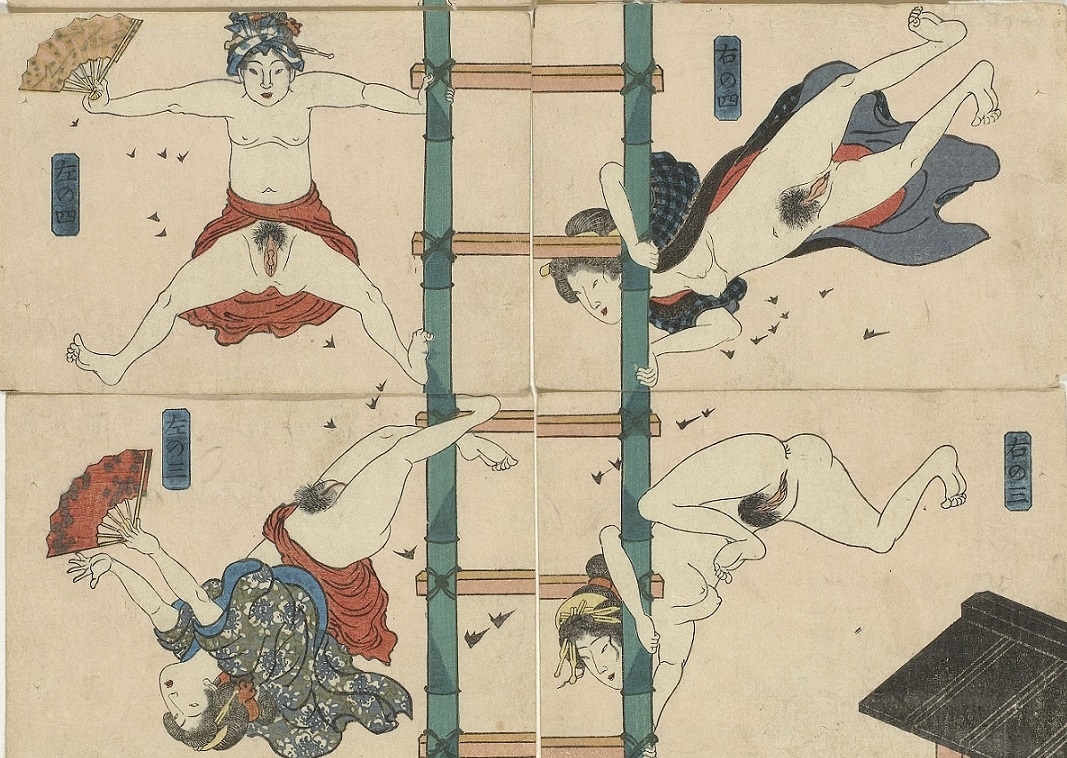 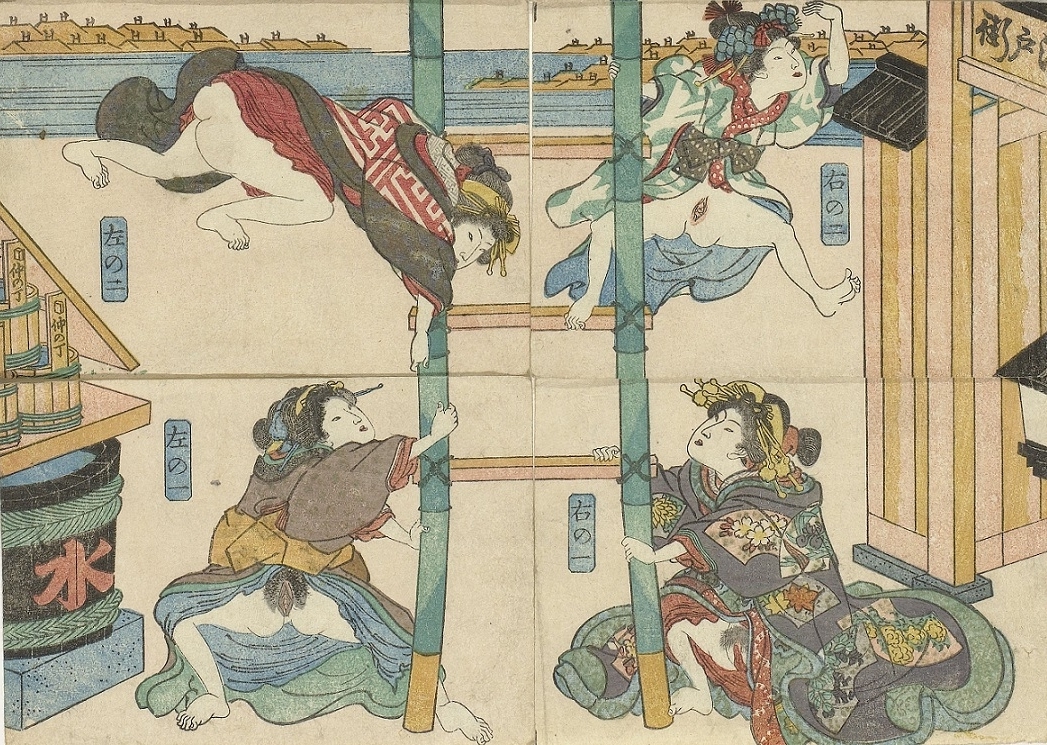 Let us know what you think about Kuniyoshi’s sensual humor in the comment box below….!!

Thanks Sebastien, much more coming up!