Sensuality And Surreality In The Art Of Japanese Dali Iwami Furusawa

In the current article, you'll get a portion of surrealist paintings produced by Iwami Furusawa (1912-2000), a pioneer of Japanese avant-garde art. Furusawa was nicknamed Japanese Dali because, in his best-known paintings, he used a recognizable manner of his Spanish colleague. Besides, Furusawa was a book illustrator and prominent printmaker who produced over 300 woodcut prints. 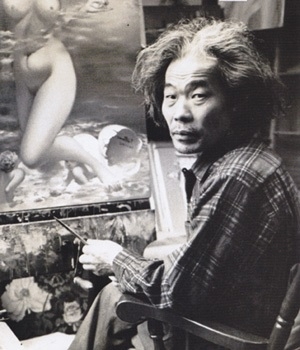 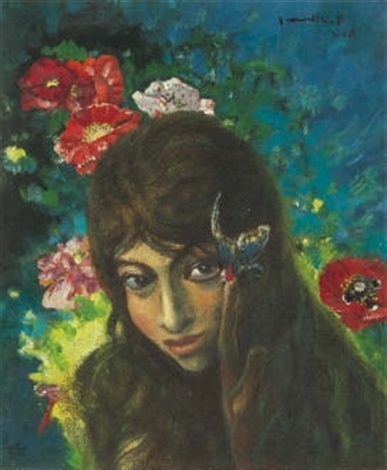 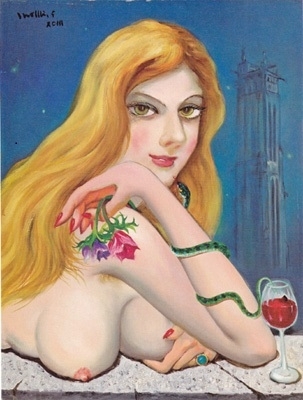 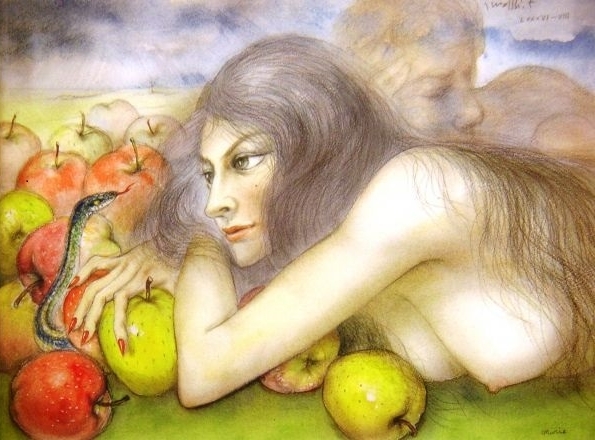 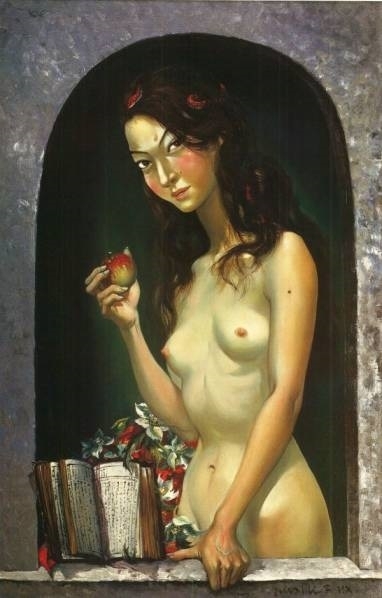 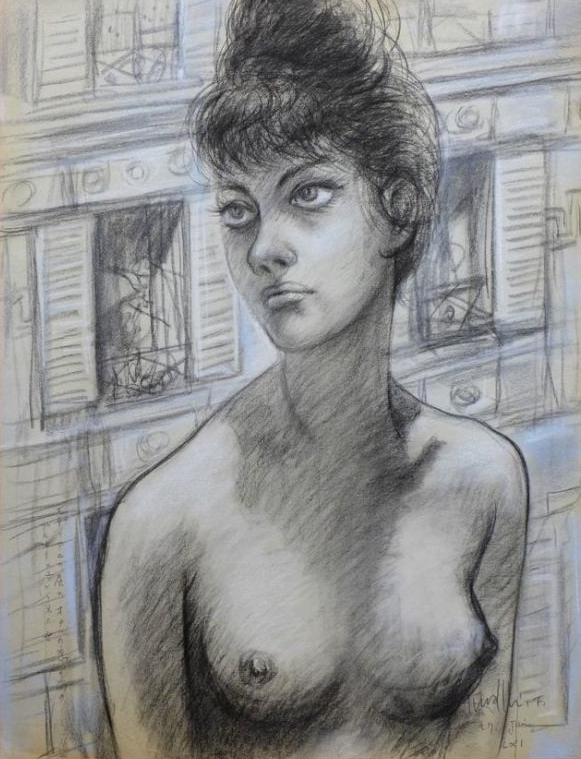 Fig. 6. Nude with the window where Modigliani’s working (auctions.c.yimg.jp) 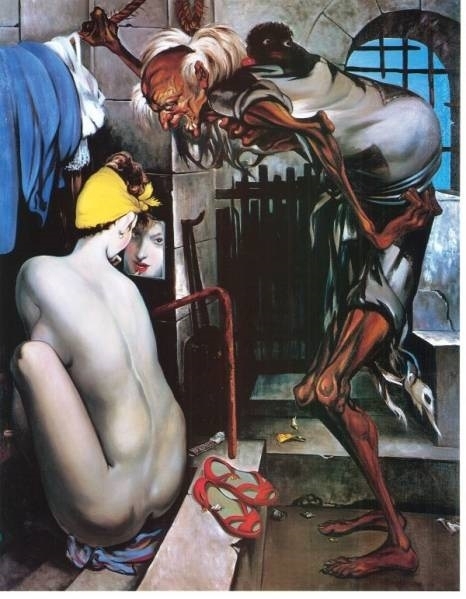 Iwami Furusawa was born in Miyaki (Saga Prefecture, Kyushu) in 1912. He didn't pursue an artistic career from the start and enrolled in Kurume Commercial High School. It's known that in 1927 Furusawa left the school to work at the shop of his uncle in Korea (Daegu). The job as a shop assistant also didn't seem appealing, and the following year Furusawa moved to Tokyo to study painting under Saburosuke Okada (1869-1939), a yoga artist who attended the atelier of Raphael Collin. In 1936, Furusawa started publishing mangas under the name of Bonsuke Noro. After the end of his artistic studies, he relocated to Nagasaki and became a part of the so-called Ikebukuro Montparnasse, the area where many aspiring artists created their oeuvres. 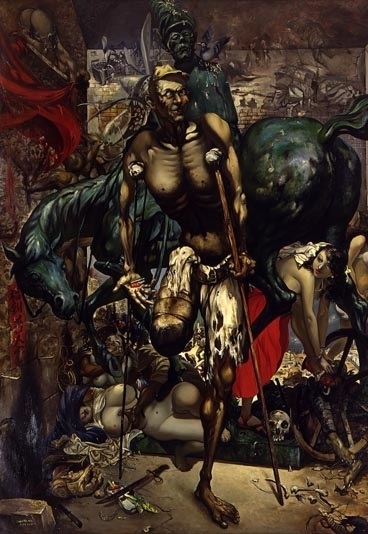 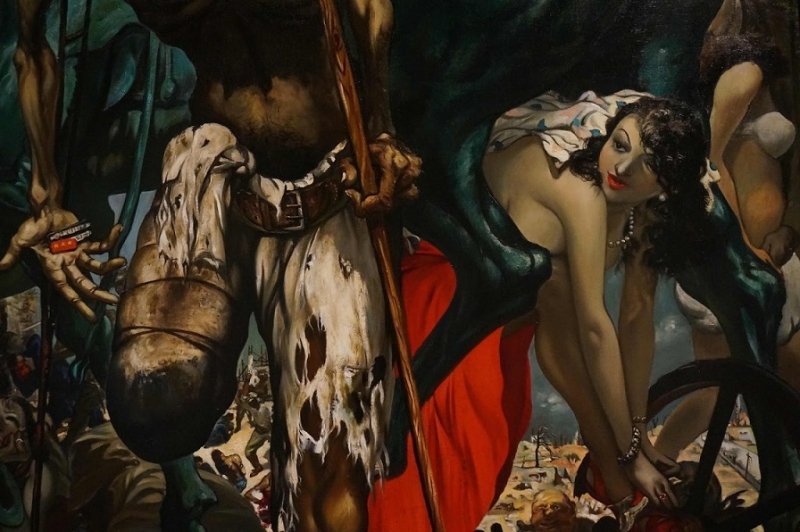 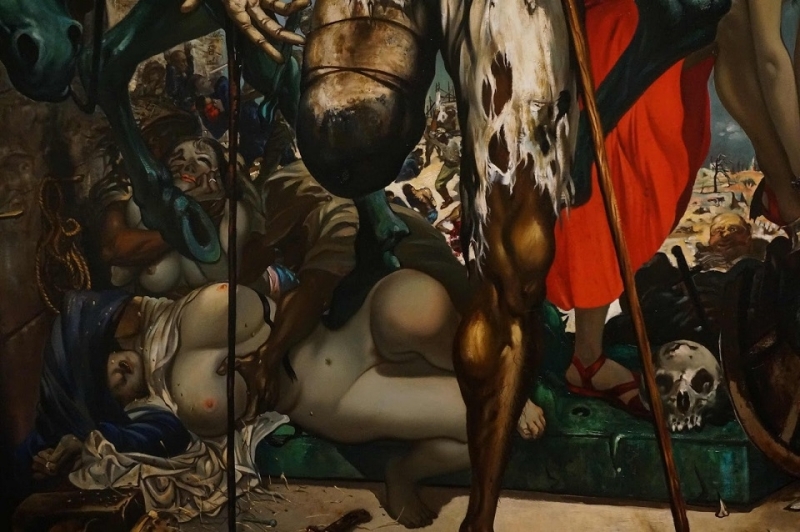 In 1939, Furusawa founded Bijutsu Bunka Art Association together with Ichiro Fukuzawa and Saburo Aso. According to Wikipedia, at the end of the 1930s, Furusawa depicted surrealist nudes, though there is no info about what motivated Furusawa to stick to surrealism since Okada taught mainly academism and impressionism as Collin did. In 1943, the artist was drafted into the Second Sino-Japanese War and became a prisoner of war. Released only three years later, Furusawa went through a traumatic experience that would become an additional ground for his surreal paintings. One of the most impressive Furusawa's canvases on the theme is Hunger, 1952 (fig. 9), depicting an amputee veteran with the statue of Yamagata Aritomo (1838-1922), a senior-ranking Japanese military commander and Prime Minister of Japan who is considered the “father” of Japanese militarism. Let's mention that Goya also became a significant source of inspiration for the artist, in particular, the series The Disasters Of War (the 1810s). Remembering the war, Furusawa created the Shuragaki (Hungry Demon) series of prints that can remind you of those by Goya. 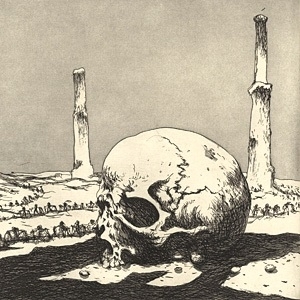 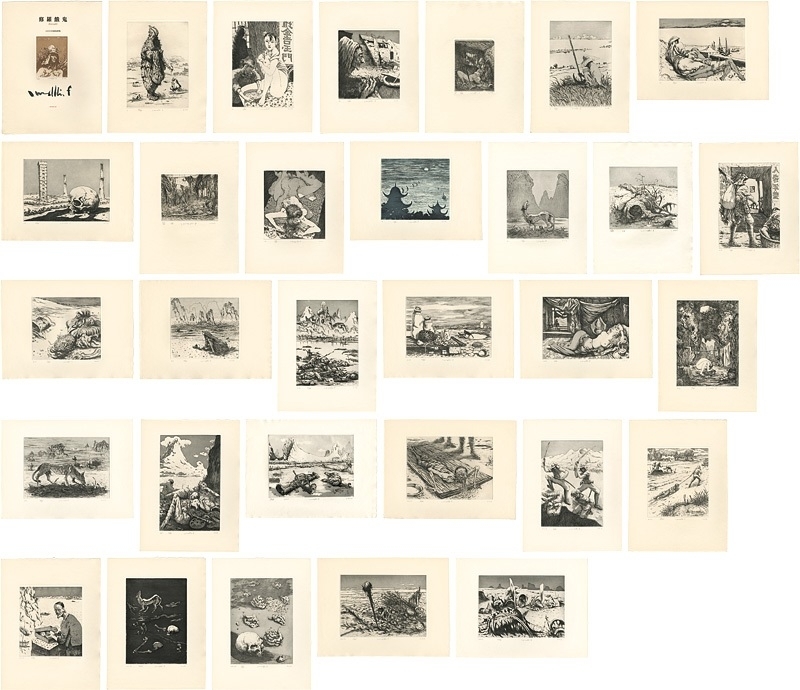 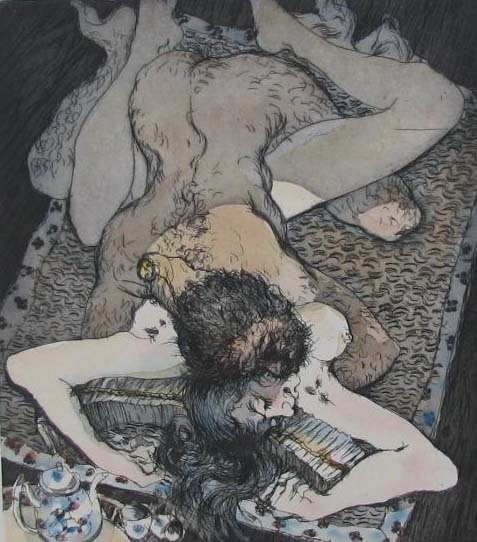 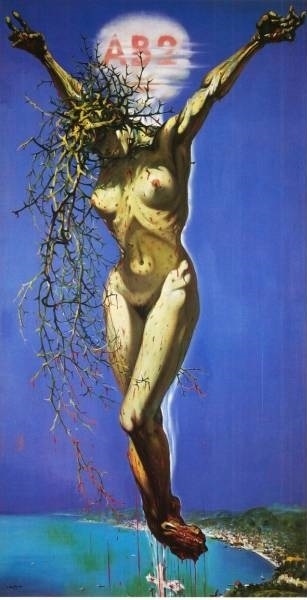 One of the most remarkable works combining Eros and Thanatos is Nagasaki (fig. 11). In the image, we see a crucified nude wearing bloody thorns with a mushroom cloud in the background. The abbreviation AB2 signifies that this is the second atomic bombing (the first happened over Hiroshima). To some extent, we can compare these Japanese cities to the figure of Christ, regarding bombings as a disastrous atonement for the war crimes of the Japanese forces. The crucified nude may symbolize suffering nature itself.

After the war, Furusawa made himself the first promoter of surrealism in Japan. From 1949 to 1963, he regularly participated in the Japanese Independent Art Exhibition. We've got used to defining surreal paintings as connected to subconsciousness, though, the works of Furusawa don't seem to refer to Freud orJung and can be treated as combinations of visual metaphors for the conscious hopes and thoughts of the artist. 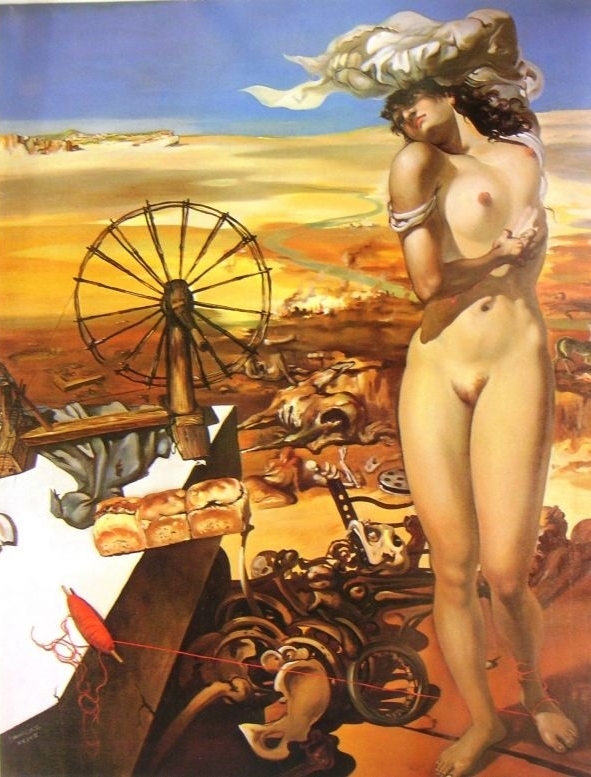 For example, his Consolation produced in 1948 (fig. 12) shows a woman in an apocalyptic landscape with stones and bones on the ground. Behind the woman, a corpse of a dead horse can be seen. On the object resembling a coffin, we see a spinning wheel and a spindle with a red thread whipped around a female leg. In our view, the crucial detail is a loaf of bread balancing on a bone. Bread is a recognizable symbol of life that is supported here by death. It can be understood literally, as buried people are considered responsible for the harvest in many cultures. Besides, we can read it metaphorically, as humankind must base on the experience of the previous generations not to repeat their mistakes. The wheel and the spindle are also well-known symbols of life, originating from Greek mythology. The female nude in European art often represents nature. Despite the anguish and aggression expressed in this figure, we see that the thread isn't torn, and bread doesn't fall to the ground. Yet, this balance can be ruined at any moment. Similar complicated and fragile constructions can be found in many famous paintings of Dali. 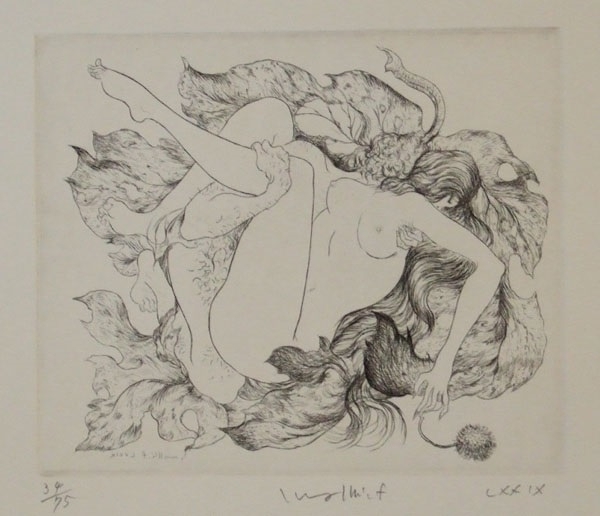 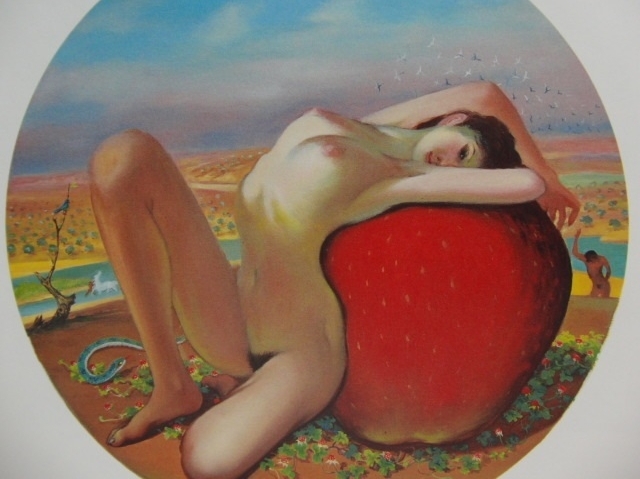 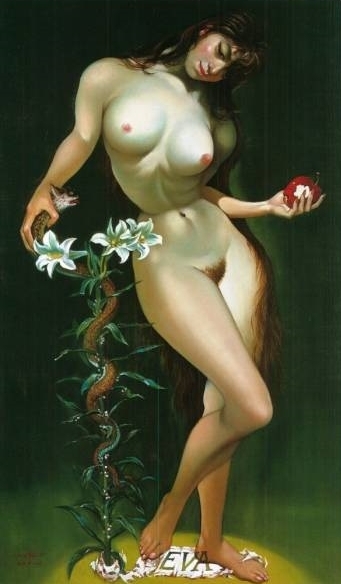 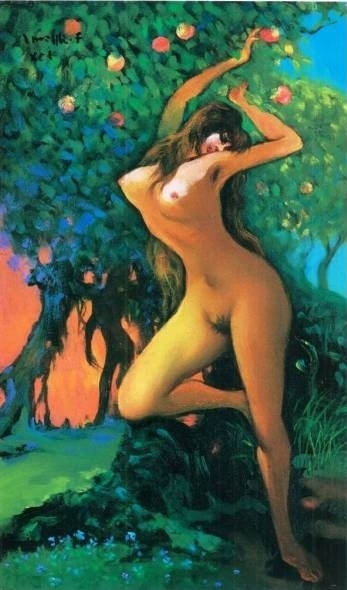 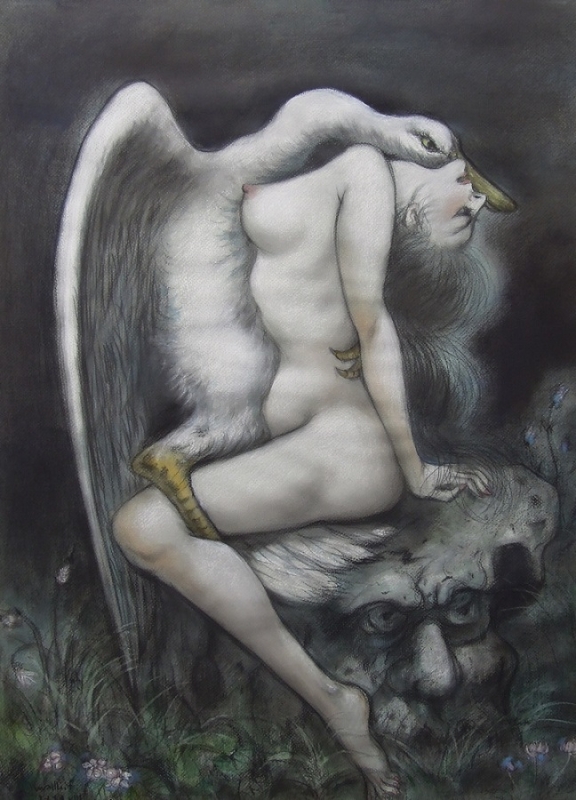 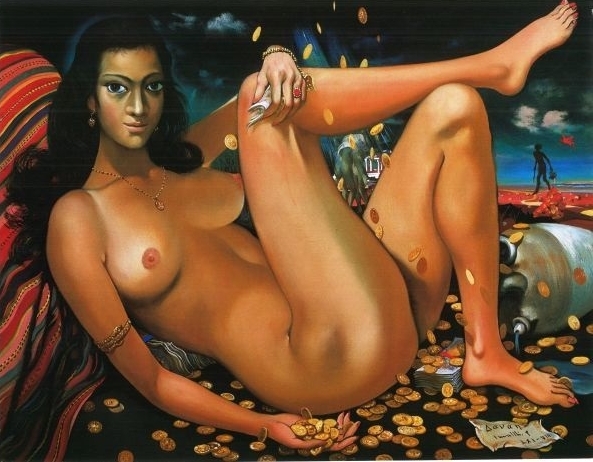 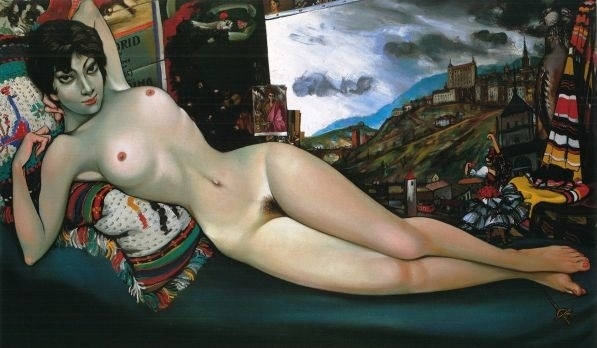 More interesting content on Furusawa can be found in Premium with among other things, the influence of European eroticism and the tradition of shunga on his work, and 87 exciting images not visible here.

Click HERE for an article on the blue cocktail of Bosch, Dali, and Trouille as mixed by Félix Labisse

This was interesting and talked to me ! positive

Thanks KSa, we're pleased you liked it!