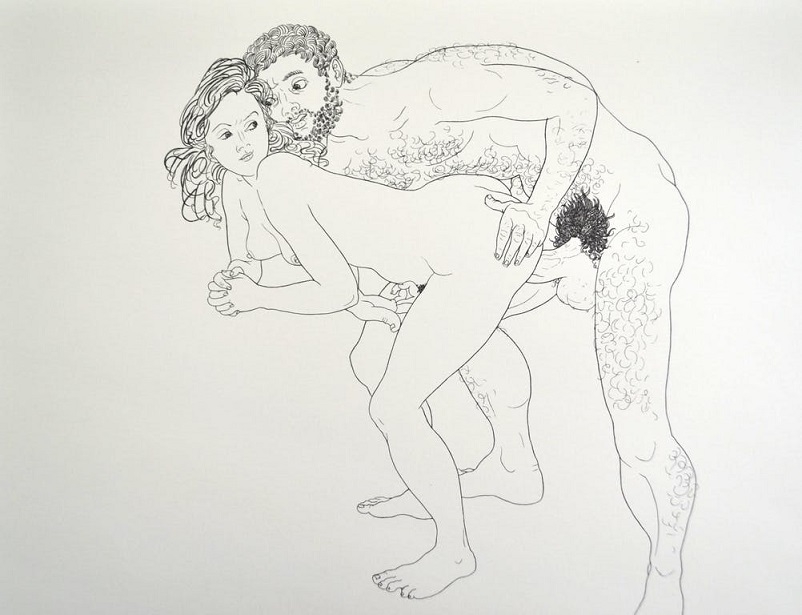 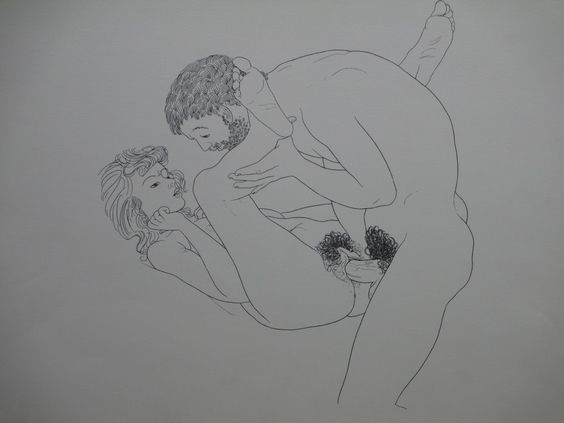 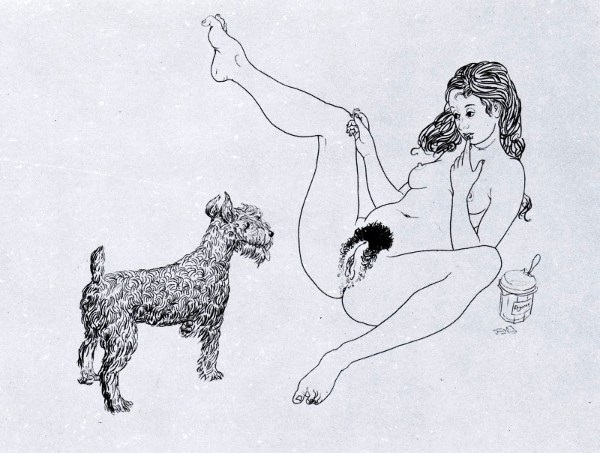 Fig. 3. Girl with a Dog (conchigliadivenere.files.wordpress.com) 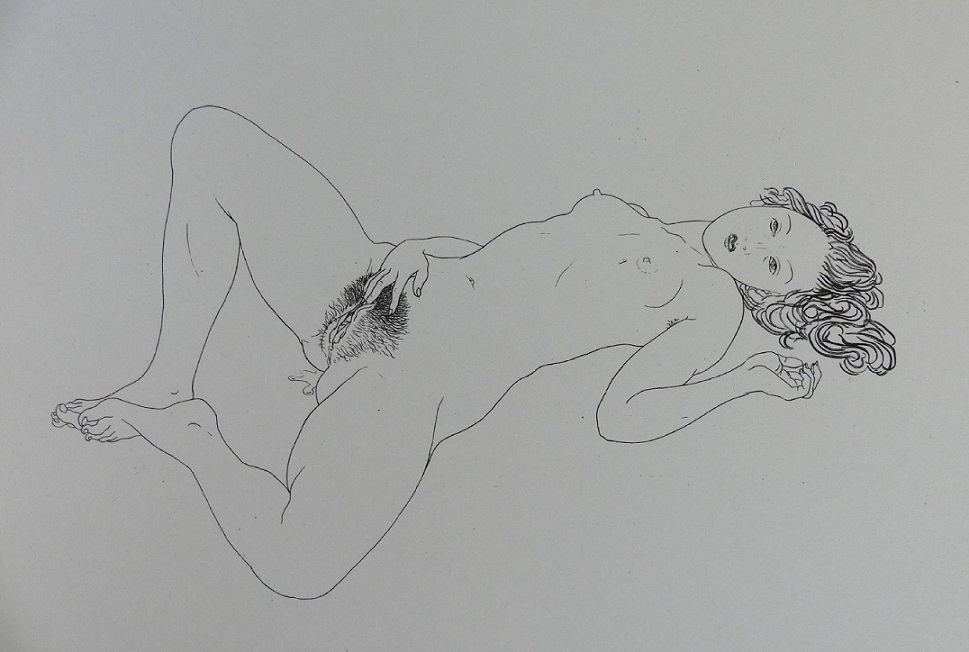 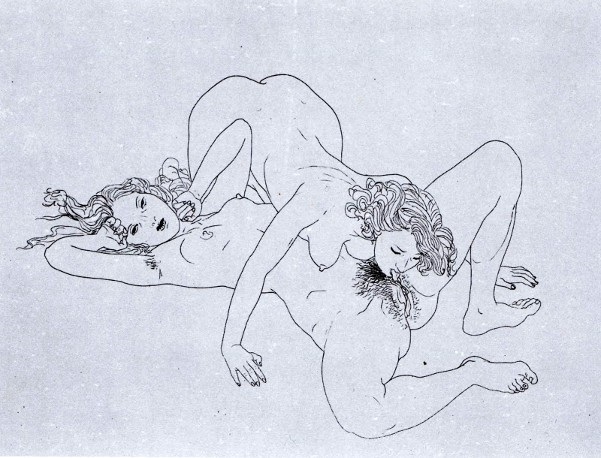 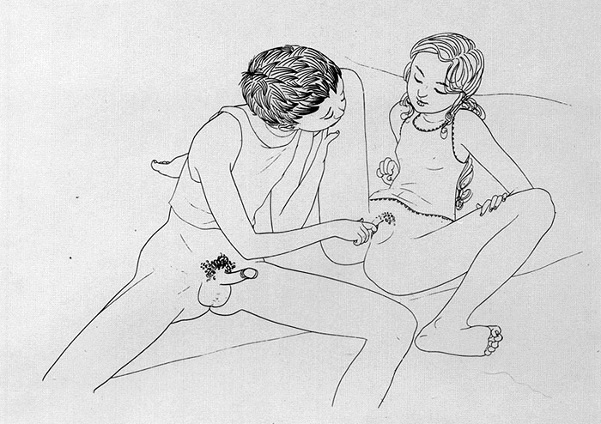 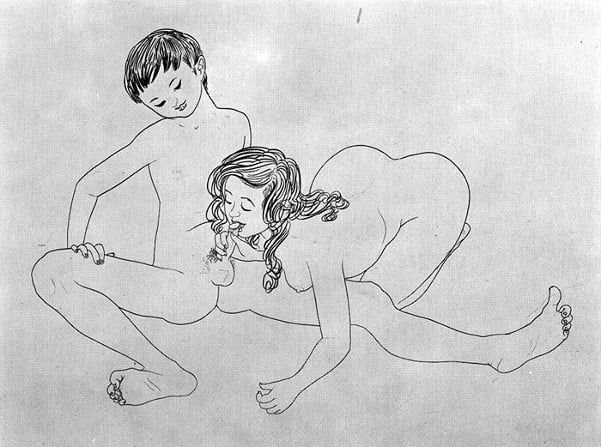 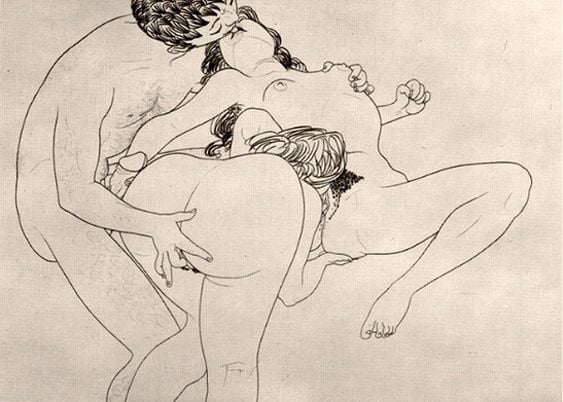 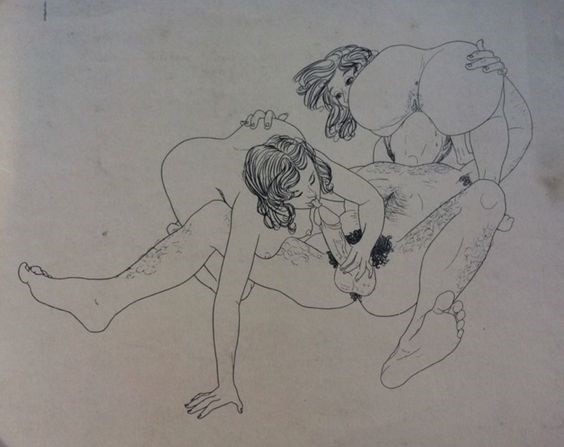 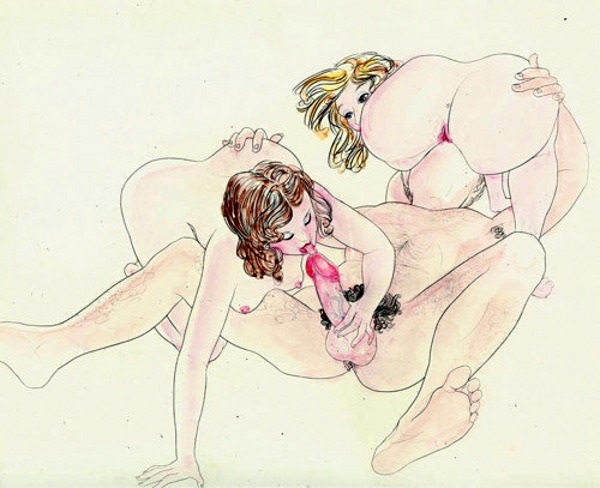 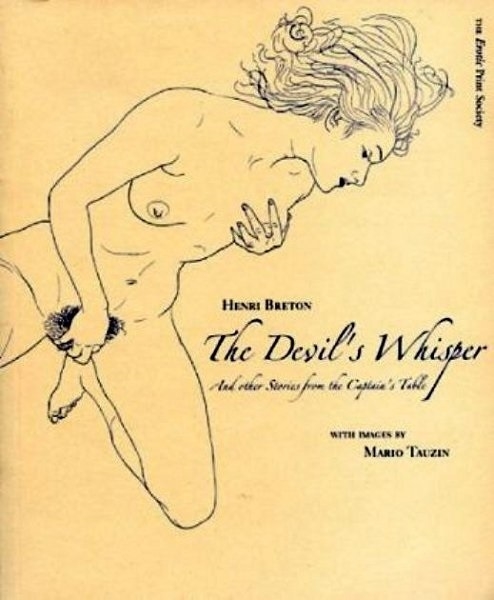 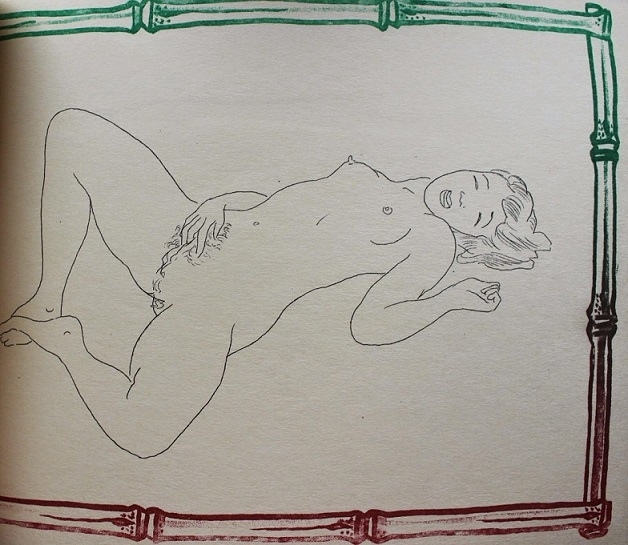 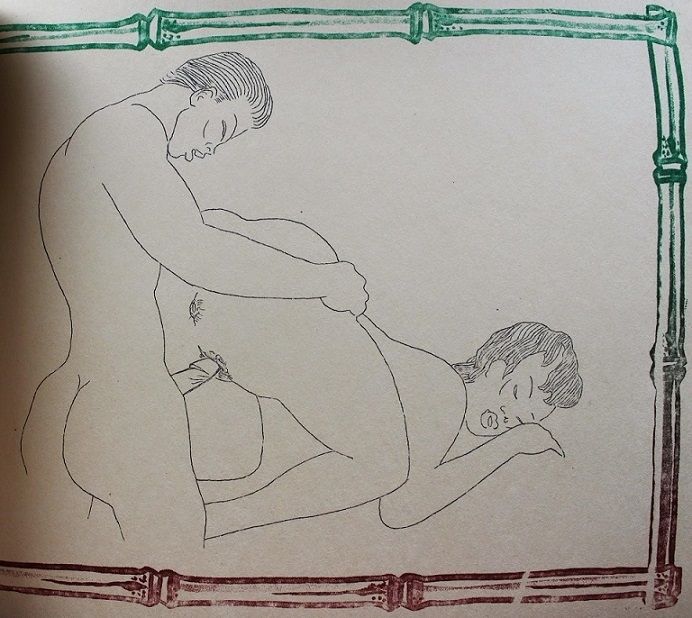 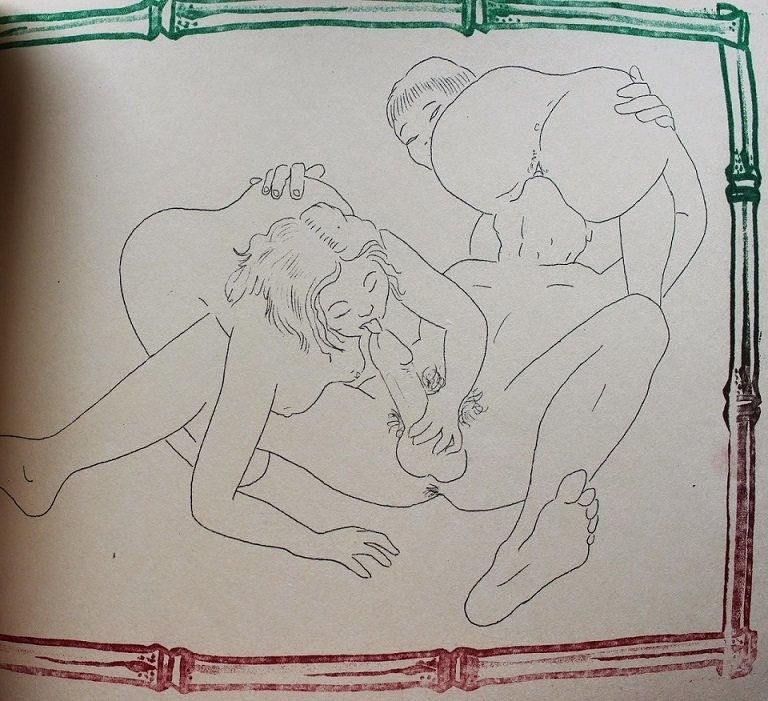 Breton’s book was not the only one to be published with Tauzin’s drawings as illustrations. The erotic novel “Bonne a tout faire” (“Good at everything“) anonymously published in 1959 contains works of the artist too: “A kind of unhealthy pleasure invaded me, and I did not know what I did. Suddenly, I made up my mind and, opening my mouth wide, I put the whole head of the thing that quivered in contact with my lips and tongue. Then, instinctively, I began to suck it, slowly, sometimes pushing it to the back of my throat and then withdrew, squeezing it between my lips […]. It gave me a strange sensation. I couldn’t move and was suffocating from the hot, gooey liquid. So, I swallowed everything (livre-rare-book.com).” 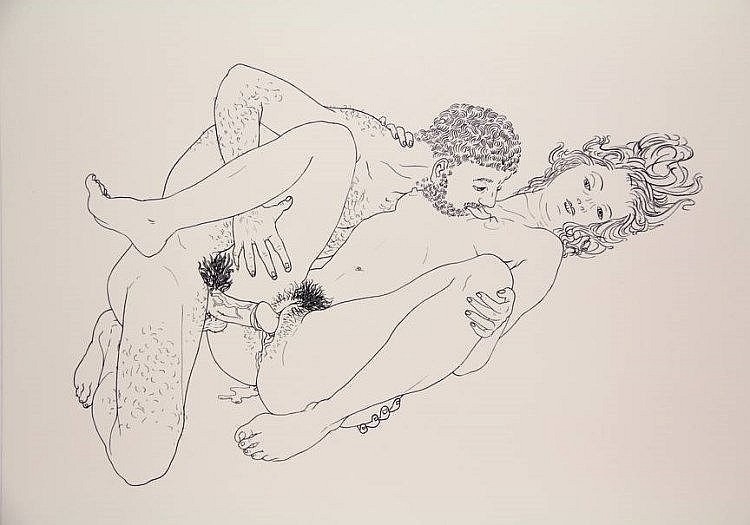 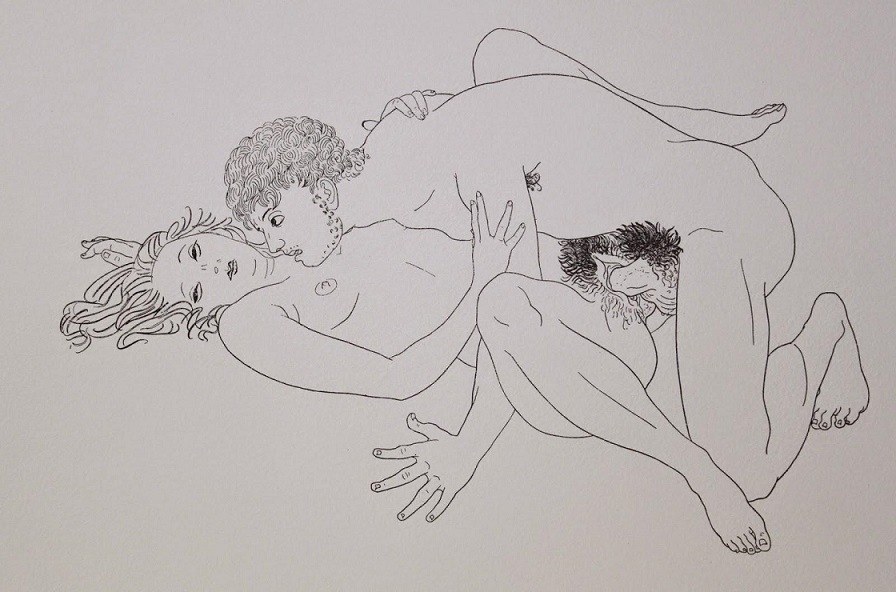 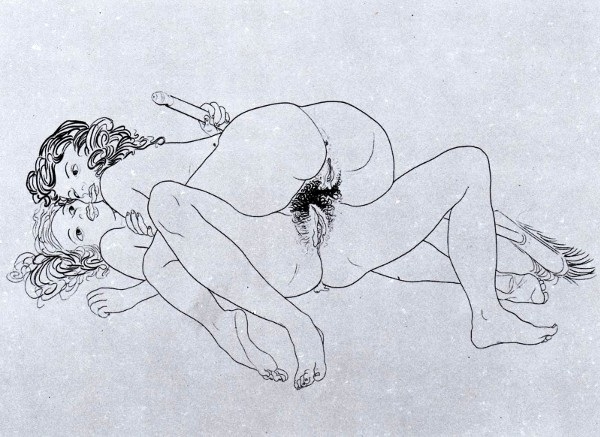 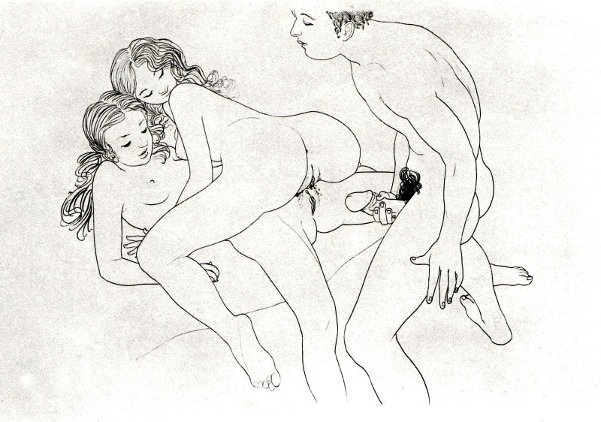 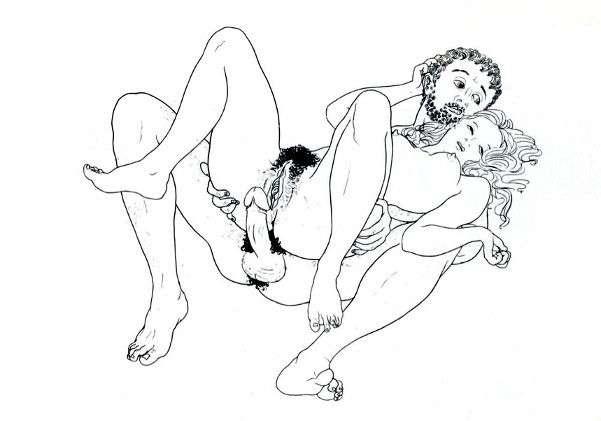 Click HERE for an article on the homoerotic drawings of another French artist….!!

Let us know your thoughts on Tauzin’s art in the comment box below….!!

Salome On The Runway: Fashionable Eroticism In The Paintings Of Matazō Kayama
19 augustus 2022

Thank you! We especially love his works too.