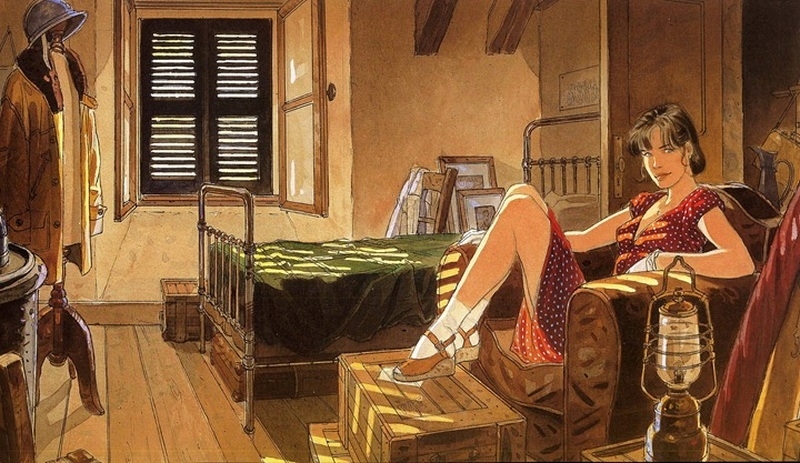 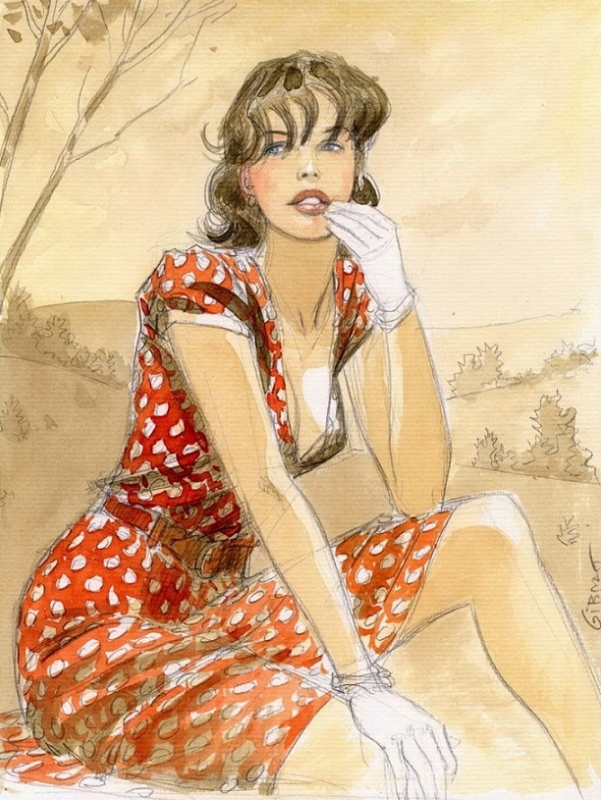 Among Beautiful Women And Revolutionaries

Jean-Pierre Gibrat had a boring suburban childhood, as it's stated in many entries on his life and work. He was raised in a family of CGT (The General Confederation of Labour) members. His parents' activism might be one of the reasons for him to portray a socialist revolutionary Matteo in the future. Gibrat's first education is humanitarian. He obtained a bachelor's degree in philosophy and then turned to graphics and advertising, which he studied from 1973 to 1974. He also studied plastic art at the Faculty of Plastic Arts in 1975. Two years later, he interrupted his studies to produce comics. His first story was published in Pilote, a weekly French comic magazine for a young audience. However, according to the artist, he started working as a caricaturist already at the age of eighteen when he contributed to Télé 7 jours. After his publication in Pilote, Gibrat got acquainted with screenwriter Jackie Berroyer, who worked with Charlie Hebdo and Hara-Kiri. Together, they produced the character of Goudard, a young boy who had been getting in trouble on the pages of Charlie Mensuel and Fluide Glacial since 1978.

Flight of the Raven

This project attracted the attention of readers and critics, so, already in 1979, Gibrat was awarded the Best Newcomer Award at the Angoulême Festival. Having noticed Gibrat's talent in depicting women, Berroyer added to the series the character of Parisienne. Until 1997, the artist tried his skill in novels of a fairytale type like Pinocchia. Yet his huge success was The Reprieve, the World War II diptych in the setting of rural France, which he issued in 1997 and 1999. The next successful novel devoted to the same period in Paris, the Flight of The Raven, was issued in 2002 and 2005. The third popular graphic novel of Gibrat is Matteo, a story of the son of a Spanish anarchist who takes part in World War I, the Russian Revolution, and the Spanish Civil War. 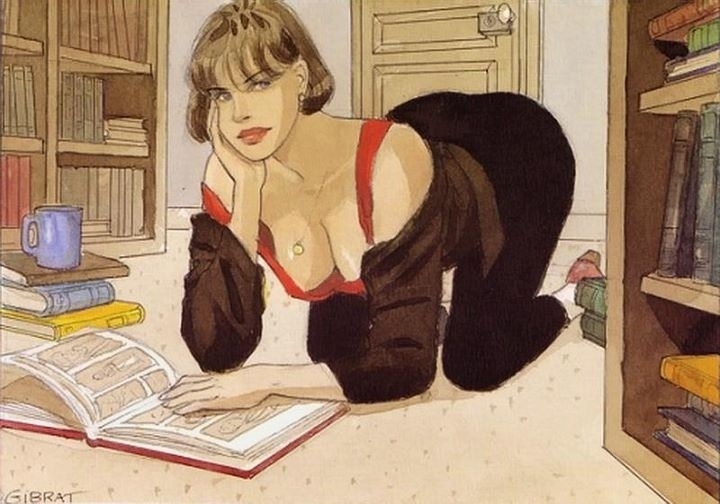 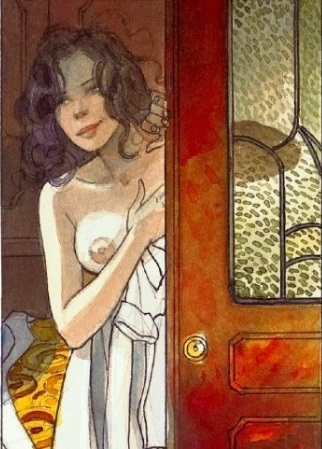 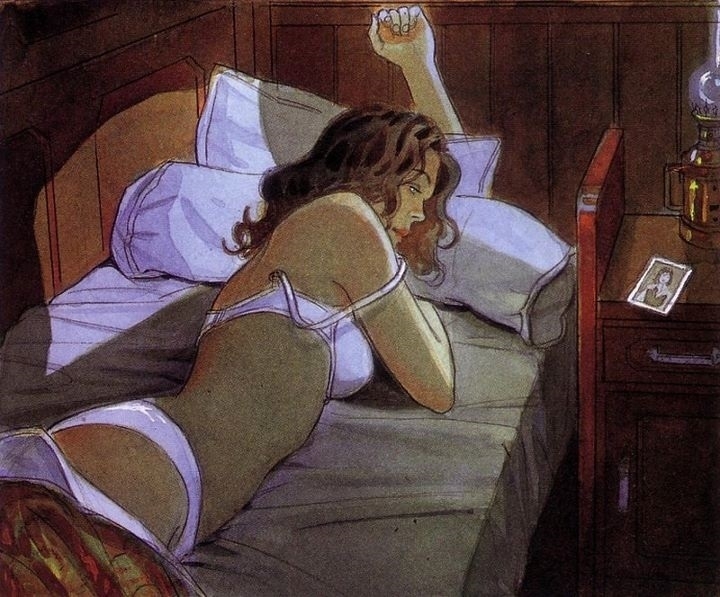 Fig. 5. Flight of the Raven (blogspot.com)

This graphic novel is loosely based on the famous fairytale of Carlo Collodi. The old carpenter Galipetto is a bachelor who spends his days in an old shack drinking and looking through adult magazines. The only creature he can talk to is his reflection in an old mirror. His dreams are interrupted by a tree trunk that damages his shack on a stormy night. Advised by the mirror, he immediately creates an over-sexualized wooden doll. As the story goes on, Galipetto, suspected of incest, gets imprisoned. Trying to release her father, Pinocchia faces handsome Lorenzo, whom she falls in love with, and also two bandits, Renardo and Catho, who force her to perform a striptease in the inn and take all the cash with them. They pursue the doll throughout the story trying to use her one more time, but when they show her to a local Mangiafuoco named Pussyeater, their plan stops working, as the director doesn't pay them for the actress. Pinocchia is a seductive girl who can be brought to life by copulation. When she lies, her tits grow bigger and turn to the normal size when she gets punished. At the end of the story, she miraculously turns into a woman and marries Lorenzo, giving birth to Pinocchio. The story is simple yet pretty amusing, however, Gibrat confessed in one of his interviews that he was "very unhappy with the content." The reason was probably a genre. As the artist said, "I would like to tell an erotic story, but with a real dimension because it's something that exists in life, so why not talk about it? But manage to talk about it with a kind of honesty, dignity, and accuracy" (bdparadisio.com). In my view, the goal is impressive but hardly achievable. Let's be honest, how much dignity do we see in "real-dimension" intercourses?

As our platform is devoted to fictional bliss, let’s look at some Pinocchia panels translated into English. 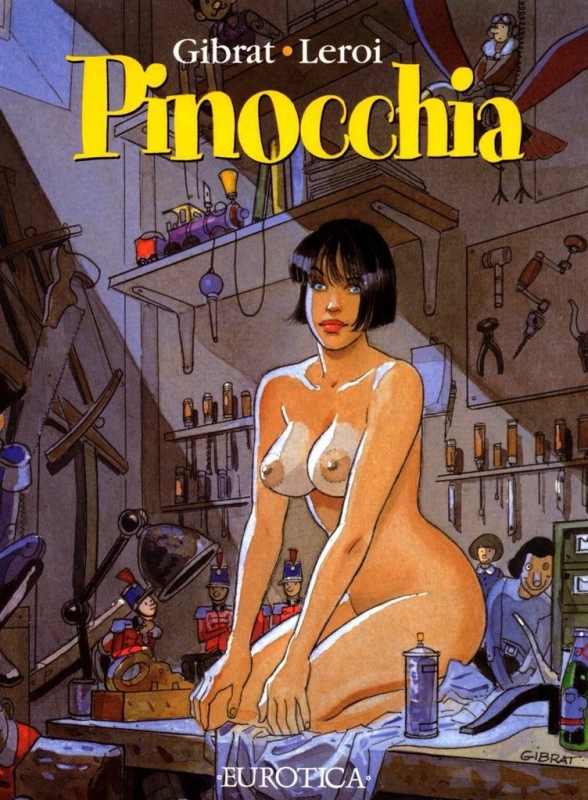 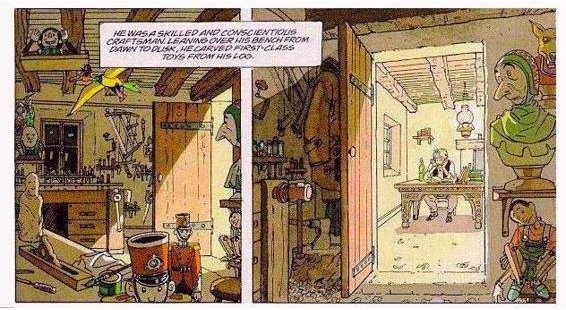 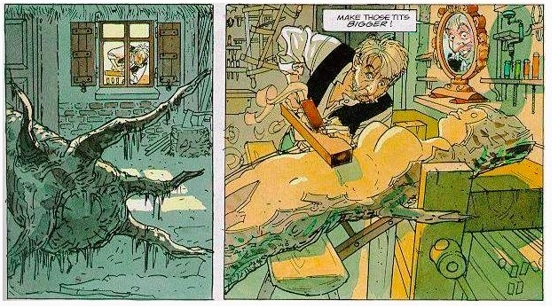 Let us know your thoughts on Gibrat's comic book sensuality in the comment box below...!!

No, It's Not a Bible, Parody and Pornography in Tijuana Bibles
26 september 2022