A set of four very unusual paintings on paper shows bizarre situations which have never been represented before (Fig.1 to 4). It looks as if the artist was poking fun at the decline and decadent conditions in contemporary society. His brushwork is incisive and the compositions, in which some use is made of Western perspective, are most original. In addition, the expression on the faces of the various persons has been strikingly represented. 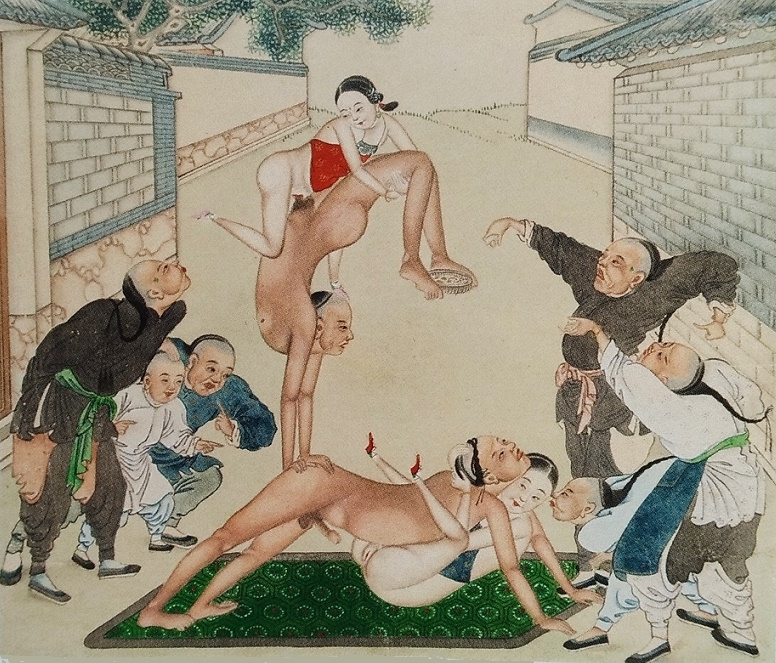 On the first picture (Fig.1) we see an open space in a village. Here a group itinerant acrobats perform all sorts of spectacular tricks, while at the same time having sex with each other. Enthusiastic onlookers throw coins into a dish held by one of the acrobats between his feet. 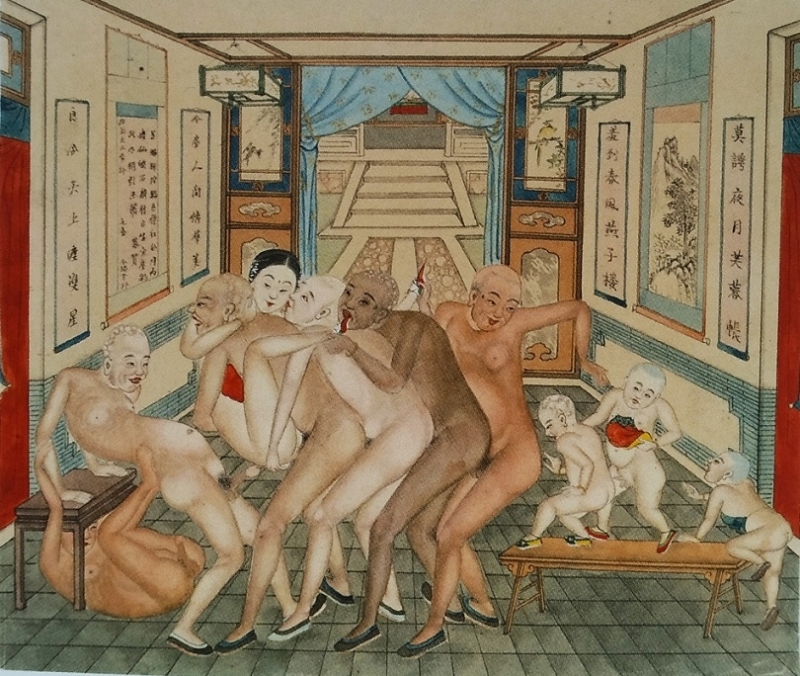 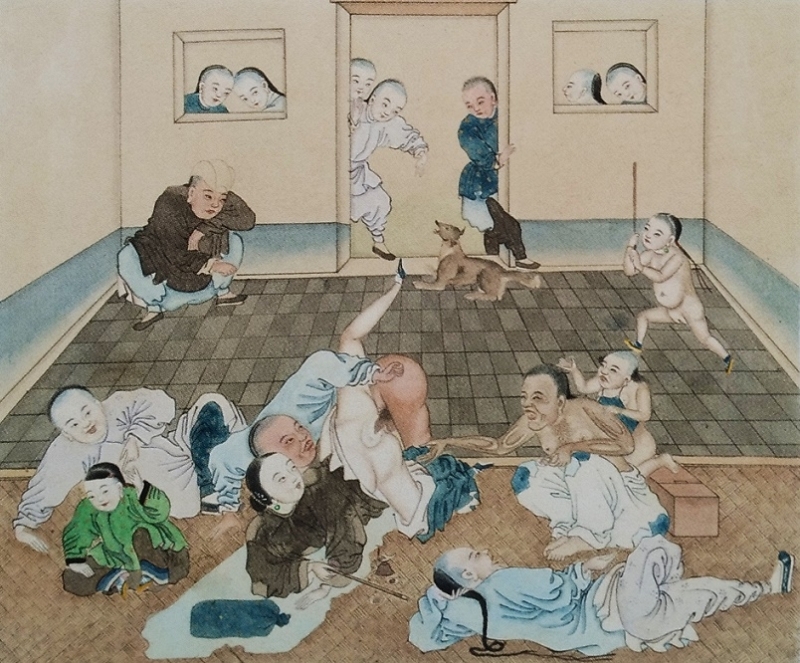 The third picture (Fig.3) shows a bare room where a poorly-dressed prostitute lies smoking opium, while she is being taken by her client. The pair is surrounded by brazen villagers watching, including children and a beggar. In the background children are driving a dog into a corner. 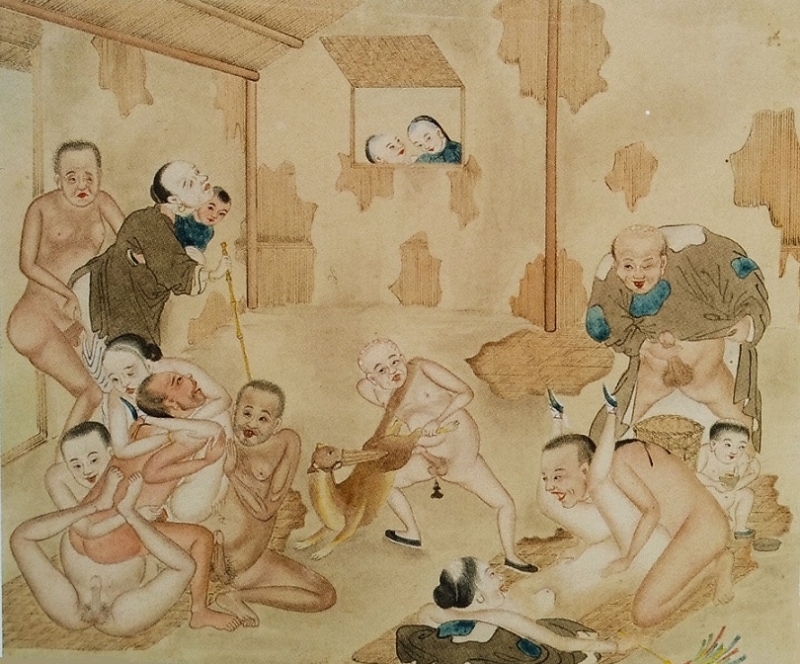 The last design (Fig.4) of the set portrays a dissipated company in a seedy brothel of the very lowest class. The artist gives his fantasy full rein in the depiction of the unusual sexual extravagances that are taking place. We see voluptuous vagabonds who are occupied with a prostitute, while one of them wants to make love to his comrade.

Become a Premium member and discover more visual details on this rare set of paintings in an extended version...!!

Click HERE for an article on ancient Chinese paintings depicting lovemaking in a courtyard garden....!!

Thanks Darya. Nice comparison, It breathes the same madness