This is the penultimate, eleventh shunga design of the ‘Willow Storm‘ -series that depicts an outrageous Chinese couple involved in a bizarre “vaginal fluid extraction” ritual. Yanagawa Shigenobu (1787-1833) added funny details like the mustache shaped pubic hair above the woman’s vagina. The oxidation effects throughout the whole design are truly magnificent ! 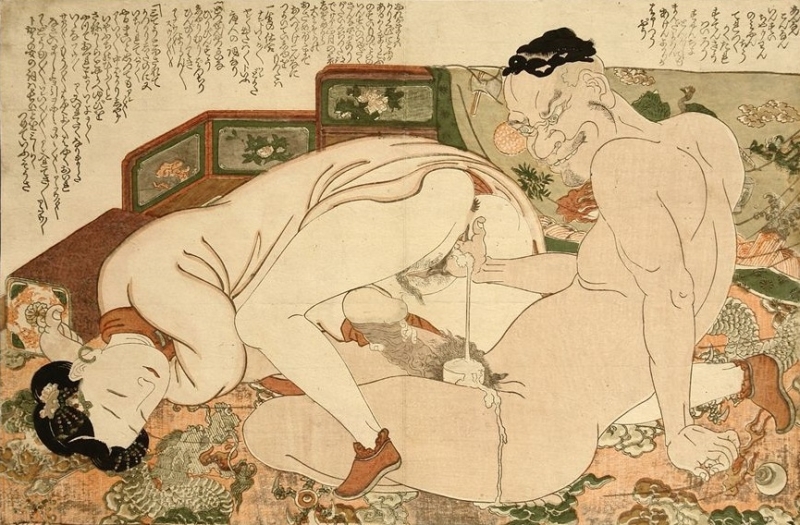 Ukiyo-e expert Yoshikazu Hayashi comments the following on this image: “At last we reach the final two prints in the series. One is immediately struck by the Chinese man’s ingenuity. But while that print used a Japanese, here we have a Chinese man: an amusing flight of fancy indeed. Not surprisingly, the Chinese man speaks in incomprehensible Chinese, but a translation is included to keep us laughing. the exaggeration here is truly extreme. The bodily fluids flow out the tea cup like a waterfall. 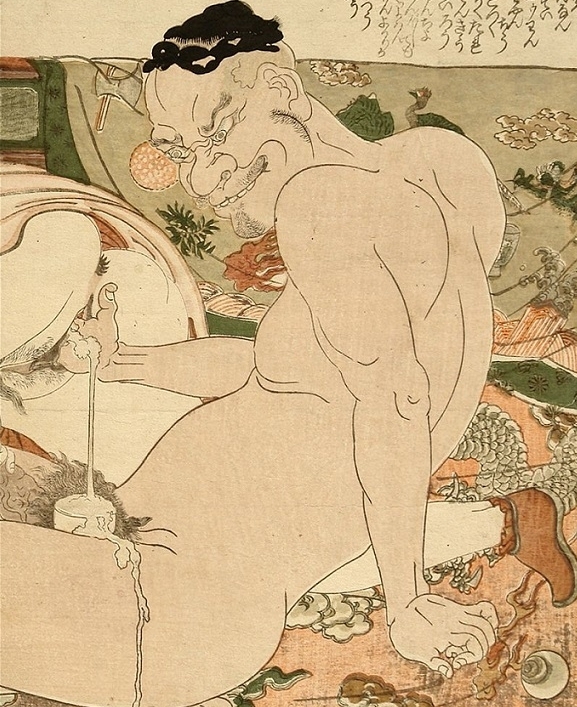 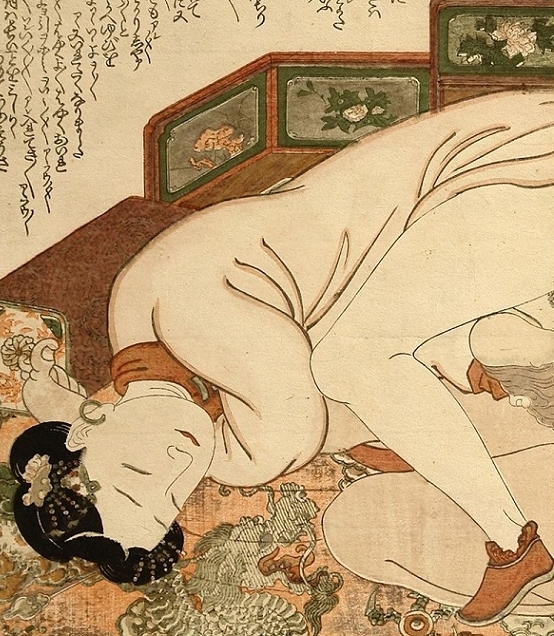 Other impressions are depicted on p.87 (Ill.98) in ‘Strangers in Paradise‘ by Dr.Richard Lane, Vol.4 ‘Shigenobu, Yanagi no
Arashi (The Complete Ukiyo-e Shunga)‘ by Yoshikazu Hayashi, p.285 in ‘Sex and the Floating World‘ by T. Screech.

Click HERE for another striking Shigenobu design portraying a similar scene but with a Western couple!