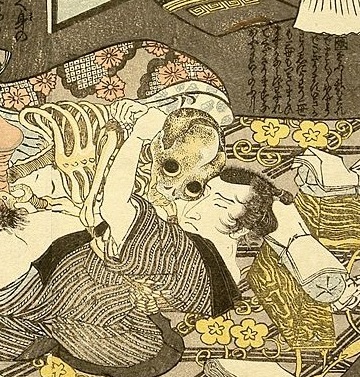 Love and death always have been the major topics within art. When the Austrian neurologist Sigmund Freud (1856-1939) introduced his early psycho-analytical theory on human instincts he made the distinction between the life (Eros) and death (Thanatos) instinct. According to him these are the two major forces that drive us. Eros representing love, sexuality and procreation in broad sense, and the opposing force Thanatos representing death, aggression, and self destruction.

This duality of Eros and Thanatos has been the inspiration for countless artists over the centuries and Freud’s theory has influenced some of the greatest artists of the twentieth century such as Alfred Hitchcock, Luis Bunuel, and Salvador Dali.

Recently I came across this striking woodcut print by the German artist Arminius Hasemann (1888-1979) featuring two messengers of death overwhelming a nude female.  They tower above her as she seizes desperately in the curtain next to her. The arm skeleton of one of the death angels resembles a scythe that almost seems to cut through the slender diaphragm of the submissive woman.

Hasemann’s woodcut reminded me of the two consecutive designs by Toyokuni from his ‘Mirror of the Vagina‘-series (c.1823) in which a mysterious transformation takes place. The first image shows us a lovemaking scene between a man and a woman who then turns into a skeleton when he falls asleep (the second image).

Click HERE for another striking design from the Mirror of the Vagina series…!! 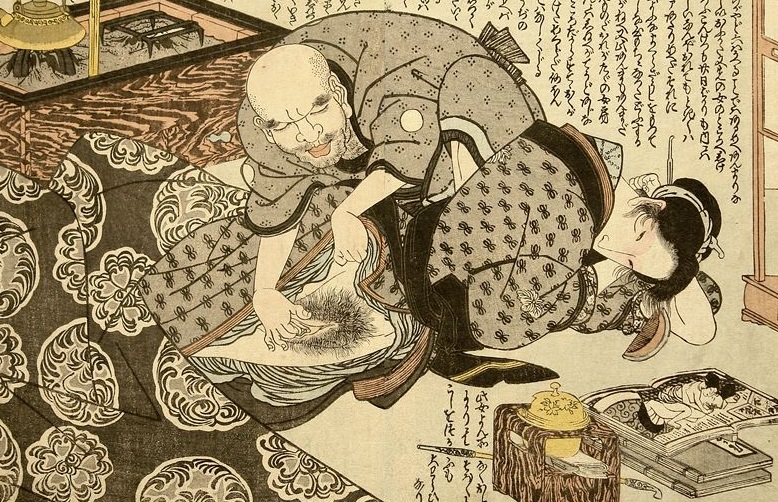 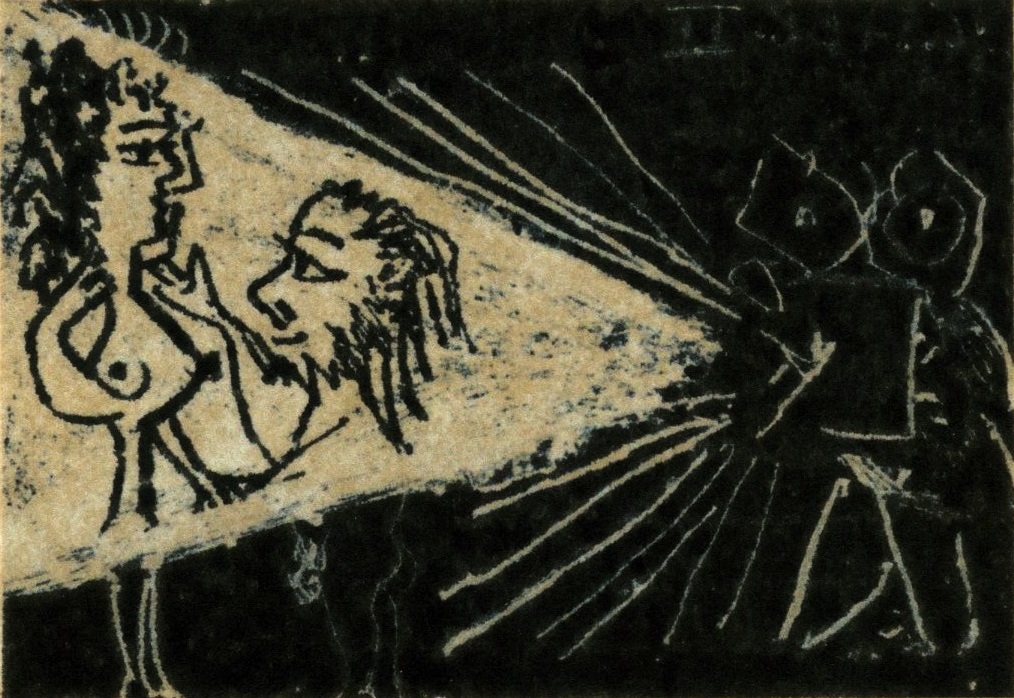 A Conversation with a Boston Collector on Picasso, Shunga, Dali, and Much More
15 mei 2018

Speaking of Eros and Thanatos, we can add two more pieces here, representing sex at the cemetery: one is a Kuniyoshi's http://www.akantiek.com/shunga/Utagawa.Kuniyoshi.c1830's.p1459.jpg" rel="nofollow">night scene and another is probably a rain scene by the same artist from his 'http://www.kuniyoshiproject.com/Ehon%20Chushingura%20(shunga)_files/image017.jpg" rel="nofollow">Ehon Chushingura' series.

Thanks for your intriguing additions, Darya!

Speaking of Eros and Thanatos meeting each other, we can add two more pieces here, representing sex at the graveyard: one is a Kuniyoshi's http://www.akantiek.com/shunga/Utagawa.Kuniyoshi.c1830's.p1459.jpg" rel="nofollow">night scene with two lovers and another is probably a rain scene by the same artist from his 'Ehon Chushingura' series. And Toyokuni's gravedigger" rel="nofollow" target="_blank">https://shungagallery.com/utagawa-toyokuni-shocking-shunga-corpse/">gravedigger can be mentioned here too, of course. In my view, Toyokuni's designs are a more striking form of danse macabre then danse macabre itself as it's known in Europe.

Thanks Darya. Those are nice additions! Yes, Toyokuni's groundbreaking 'Ōyogari no koe (Call of Geese Meeting at Night)' (c.1822) is a dark masterpiece with some shocking scenes such as the http://www.akantiek.com/shunga/p2996.jpg" rel="nofollow">isolated tied female...!! Hope to get this complete set in the future!