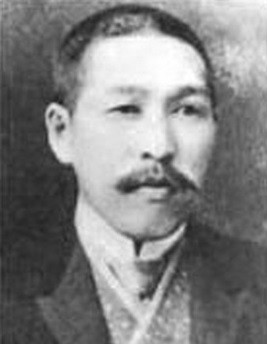 Although Goyō is one of the most important representatives of the shin hanga (‘new prints’) movement, his body of graphic work is limited to only 14 woodblock prints, including those finished posthumously, and a number of book illustrations and covers. Goyō’s prints are of exceptionally high quality and sold well despite their high prices upon publication. Nowadays, his original prints (issued during his lifetime) are very rare because the blocks for the 14 prints and many of the prints themselves were destroyed in the Great Kantō earthquake of 1923.

His career was cut tragically short by his premature death at the age of 41, due to latent health problems which escalated into meningitis. In contrast to his prints, a great number of Goyō’s pencil sketches have survived. Many were done on Western papers: to date over 250 drawings are known, including preparatory drawings for prints and designs for book covers and illustrations. 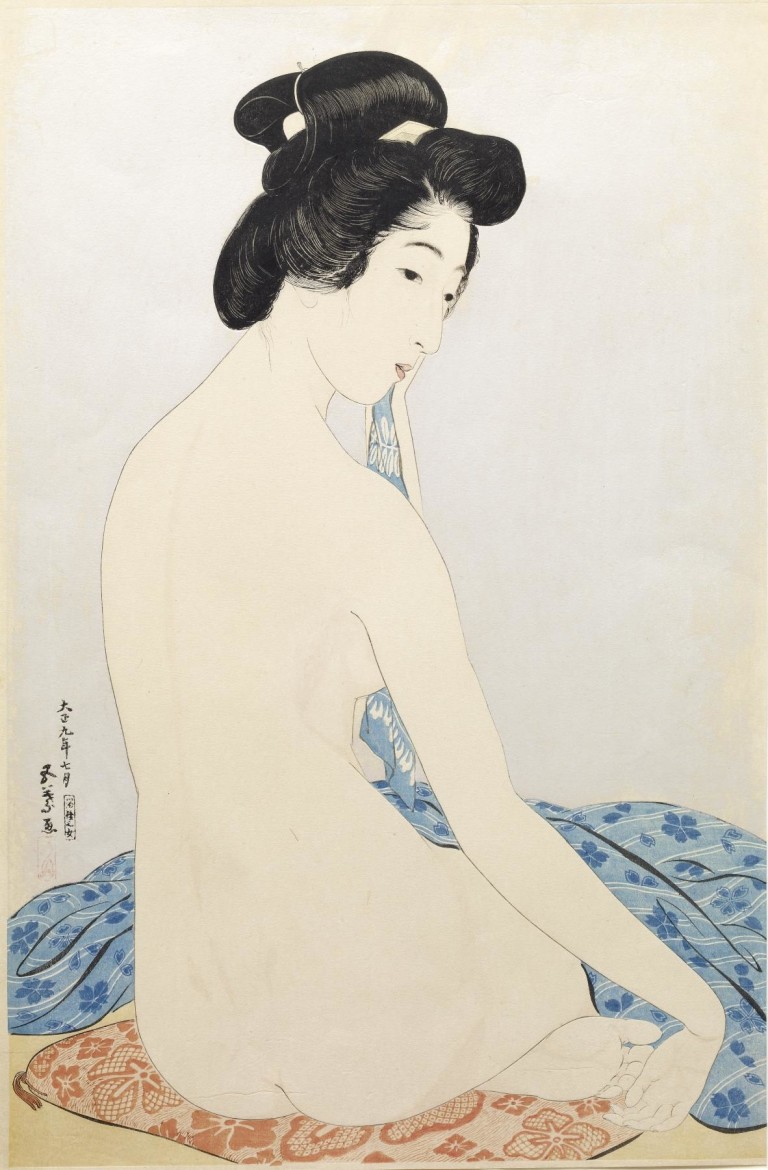 It appears that Goyō’s favorite model was the waitress Nakatani Tsuru, and she is the model for all the works illustrated below. She is also believed to have posed for the ‘Woman After the Bath‘ mentioned earlier. 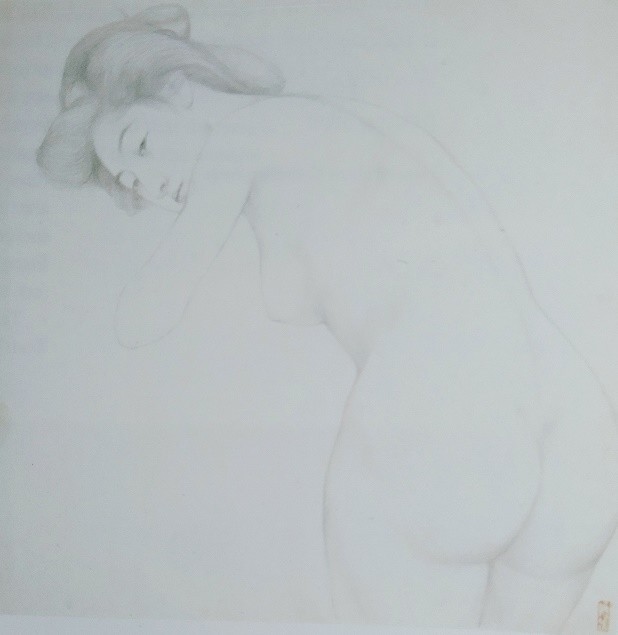 Although not strictly speaking a shunga, this titillating drawing has been added because it is a unique example of a work that didn’t exist earlier in Japanese graphic art. 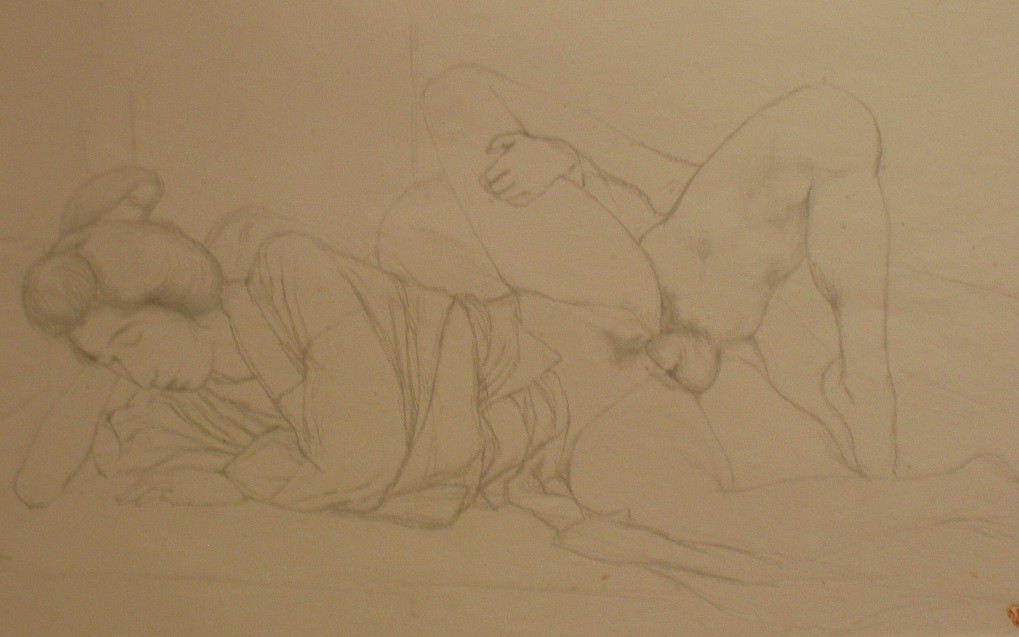 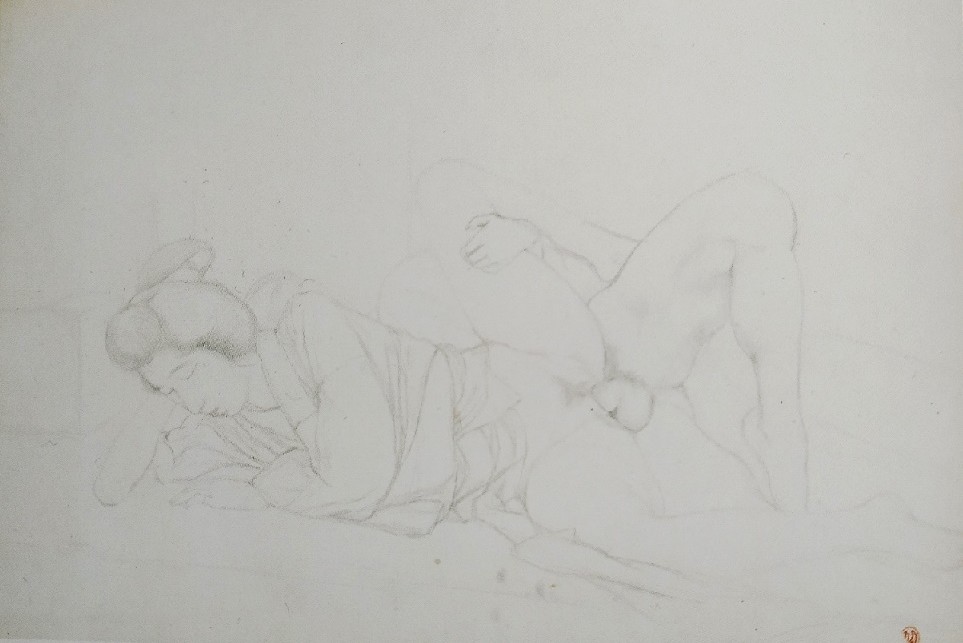 This freely executed study depicts a young woman – most likely Nakatami Tsuru – whose countenance is one of boredom (or is she sleeping?). Her partner is only partly visible. At the the time of this work Tsuru would have been around 23 years old. In terms of date, this sketch might well have preceded the following more polished drawing, even though they are identical in style, size and conception. The artist’s seal in the bottom right-hand corner has been trimmed. 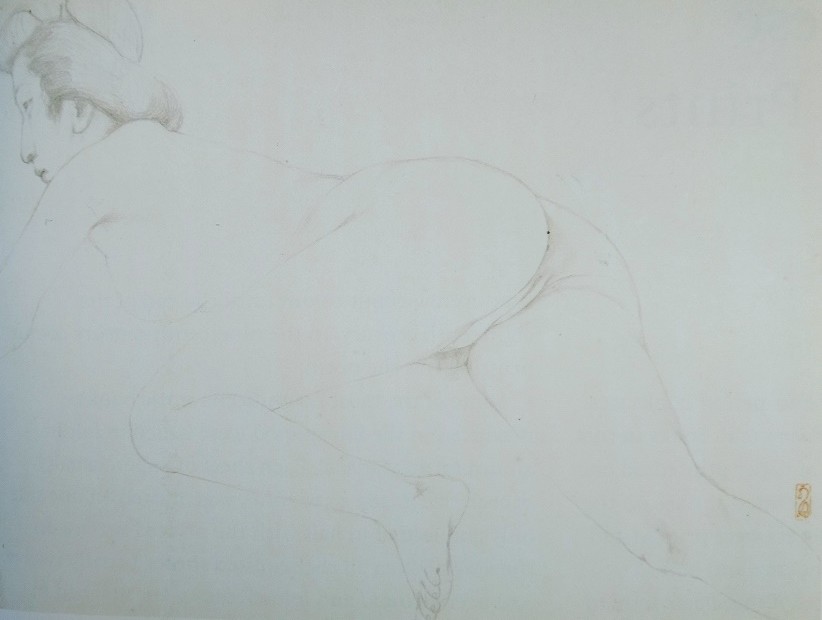 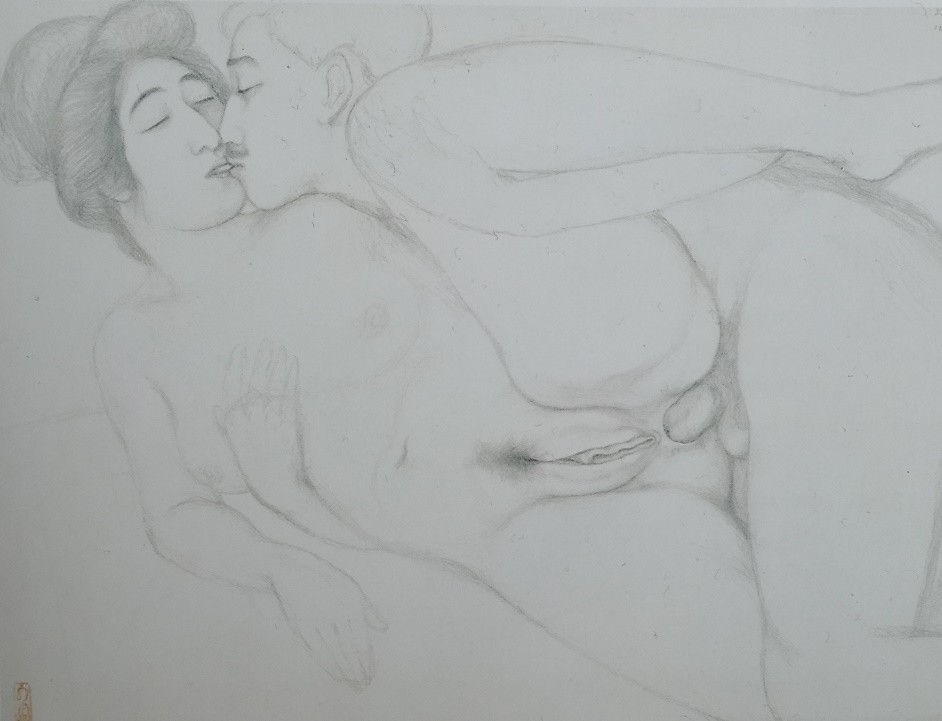 This drawing depicts the artist himself. Recognizable by his characteristic mustache. The model Nakatani Tsuru appears quite pensive. 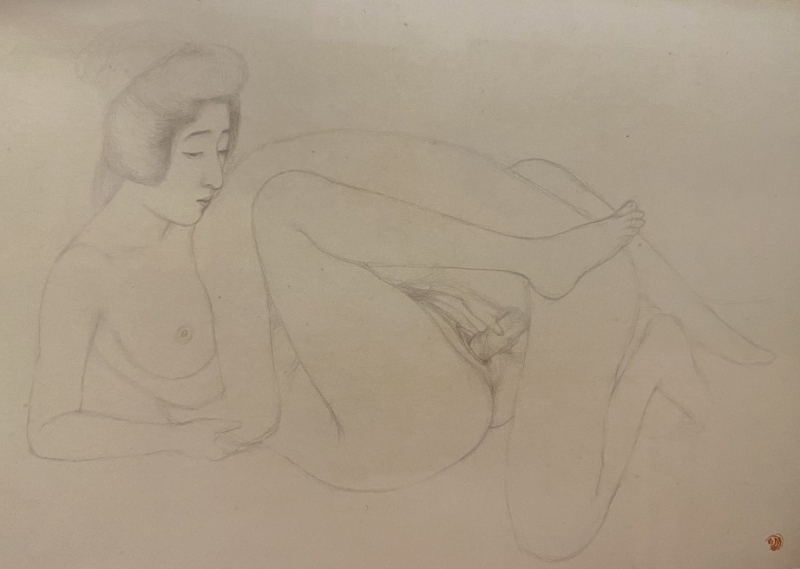