The Suikoden (Shuihu zhuan in Chinese) is a semi-historical Chinese novel that tells of the adventures of a band of 108 rebels, who sought refuge in the margins of Liangshan Marsh.  These rebel warriors protected the poor and downtrodden, very much like Robin Hood’s band.

An Imitation of the Suikoden 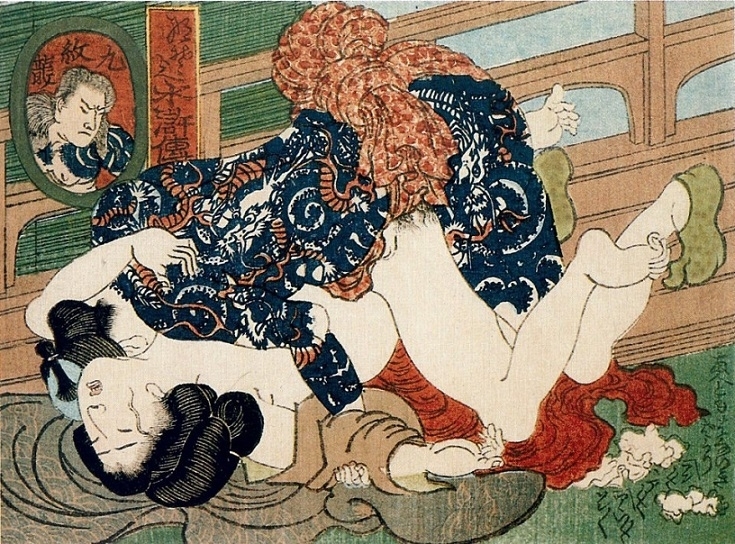 Kyûmonryû Shishin was one of the six heroes from The Hundred and Eight Heroes of the Popular Suikoden who were first illustrated on prints around 1827 and Kuniyoshi included three portraits of him in the series, which makes Shishin the most frequently depicted gang member (Fig.2).

Shishin was a fearless character who makes his appearance as early as the first chapter of the novel. He was the son of a local lord, but liked to spend his time practicing martial arts and was not alt all interested in his agrarian responsibilities. 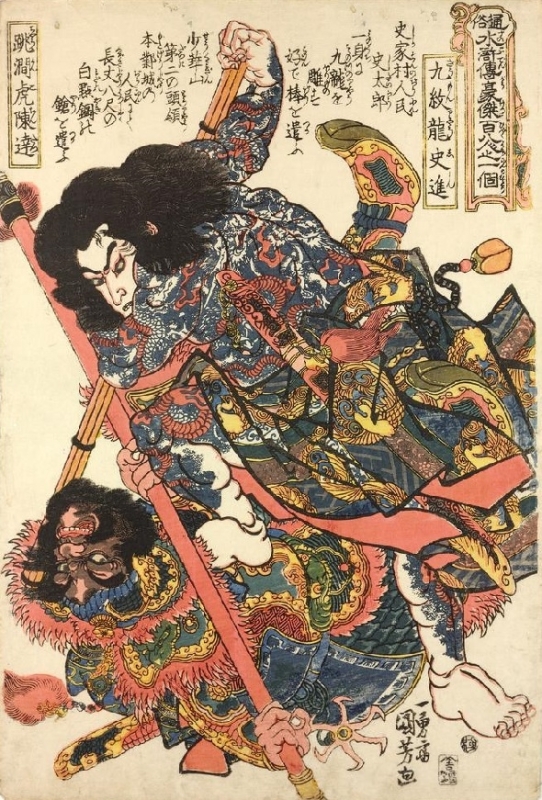 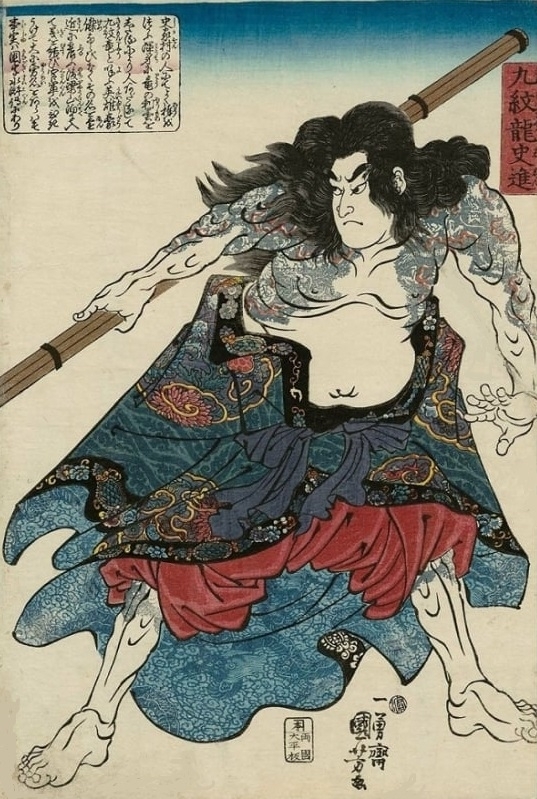 He became good friends with three robber captains, a relationship which formed him to leave his home and village. Eventually they joined the Ryusanpaku legion together (in chapter 58 of the story). Shishin was nicknamed 'The Nine Dragoned' because of the nine dragons tattooed on his body.

Kyûmonryû Shishin was extremely popular among the people of Edo, especially firemen. For firemen a dragon tattoo had a talismanic function. Takahiro Kitamura, who is considered one of America’s finest Japanese tattoo artists, writes: "In Edo-period Japan the dragon had a special significance for the firemen (hikeshi). As a deity of the sea and water and impervious to fire, the men of the fire-fighting brigades believed that the tattooed image of the dragon would protect them as they fought the fires of Edo." What better motif for the firemen to use, therefore, than Shinshin's tattoo of nine dragons. 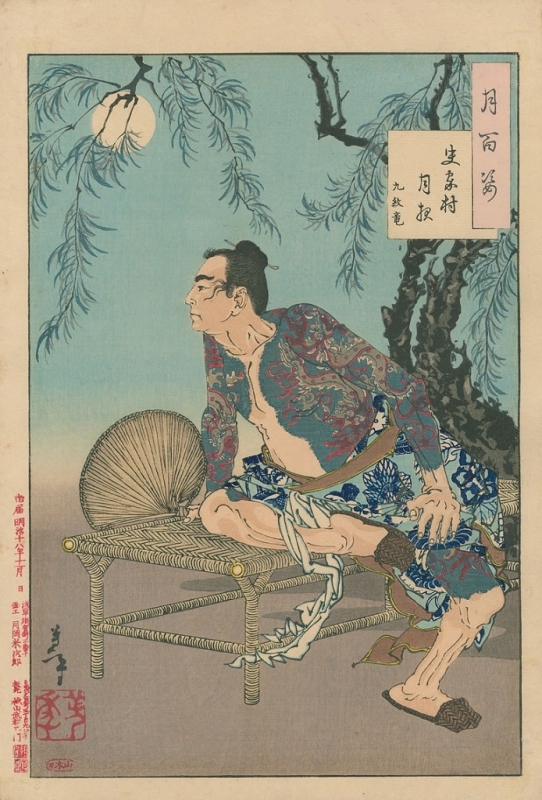 Fig.4. Description: 'The Suikoden bandit Shi Jin sits on a woven bench.' Title: 'The Village of the Shi Clan on a Moonlit Night- Nine Dragon Tattoo (Tsuki hyakushi: Shikason tsukiyo- Kumonryu)' (1885) from the series 'One Hundred Aspects of the Moon' by Tsukioka Yoshitoshi 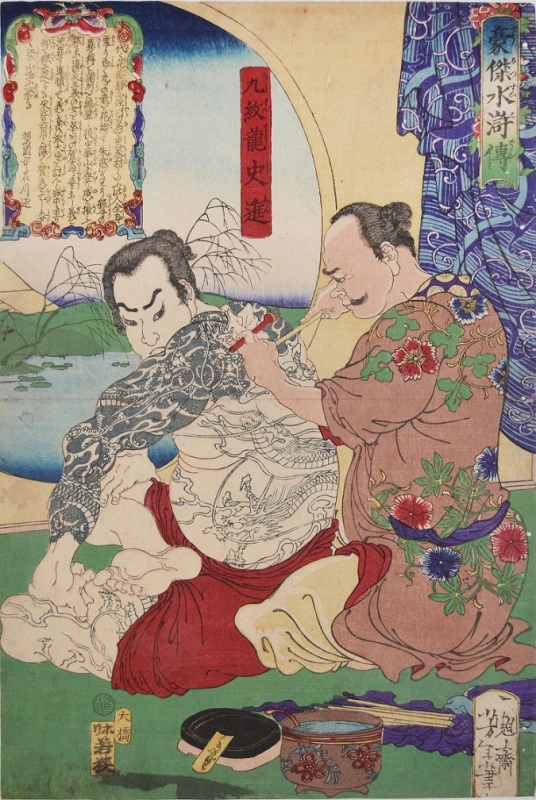 Fig.5. 'Kyumonryu Shishin' (1868) from the series 'Heroes of the Suikoden' by Tsukioka Yoshitoshi

One Hundred Aspects of the Moon

Today, one can still find Japanese men with a portrait of Shinshin tattooed on their back, precisely following Kuniyoshi's original design for his first Suikoden series. Kyûmonryû Shishin was not only portrayed by Kuniyoshi, but also by his pupil Yoshitoshi in the famous print series One Hundred Aspects of the Moon (Tsuki hyakushi - Fig.4) and Heroes of the Suikoden from 1868 (Fig.5.).

In Premium you can find the complete article including two additional stories of the famous Suikoden warriors Kaoshô Rochishin (aka.Tattooed Priest)  and Rôrihakuchô Chôjun, known for his great swim abilities...