Gods And Poets In The Paintings Of Pierre-Narcisse Guérin

The artist didn't develop his personal manner but changed the topics and ways of representing them in accordance with changing tastes of his audience. For instance, in 1799, he created Marcus Sextus painting that gained its' popularity as allusive to the French Revolution. Marcus Sextus was a fictitious Roman general expelled by dictator Sulla. When the exile returned home, he found his wife dead, as depicted in the painting. 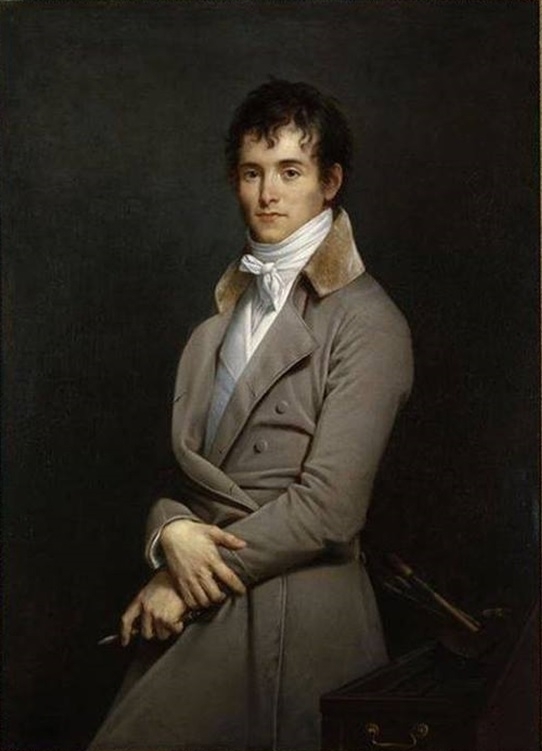 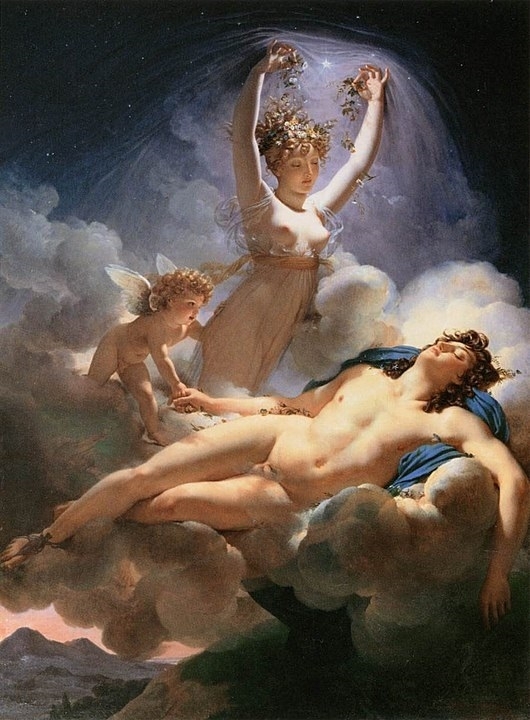 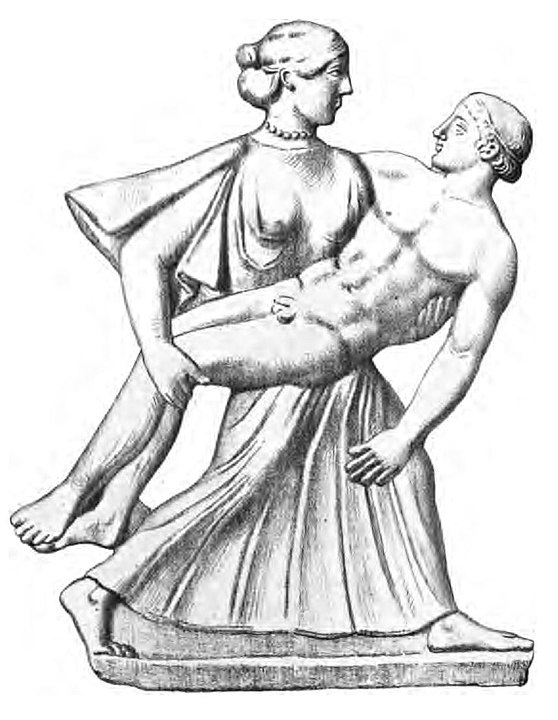 Being asked about the essence of Greek mythology, we'll probably tell of numerous affairs of Zeus (Jupiter). Nevertheless, the story is not only about queens and nymphs pursued by lascivious gods and satyrs. Goddesses could abduct attractive mortals as well. Cephalus was an Aeolian prince, the grandson of the god of wind Aeolus. He married Procris, a daughter of the founder of Athens, which didn't stop Eos, the goddess of dawn, from carrying him up to the skies like Jupiter's eagle did to Ganymede. Cephalus turned out to be a reluctant lover, though Eos gave birth to his son Phaethon (not to be confused with the son of Helios). He missed Procris so much that the goddess, fed up with his mourning, eventually returned him to his wife. As consorts swore never to cheat, Eos gave Cephalus rich gifts and sent him to Procris in disguise. Cephalus succeeded in seducing his wife, so she fled to Artemis in shame. Later, she returned with two presents from the goddess of the hunt: a magic dog and a javelin that never missed. Being an eager hunter, Cephalus went to the woods with these presents, and Procris, suspecting her spouse of infidelity, followed him secretly. Hearing the noise in the bushes, Cephalus threw the javelin and killed the one he pined so much. 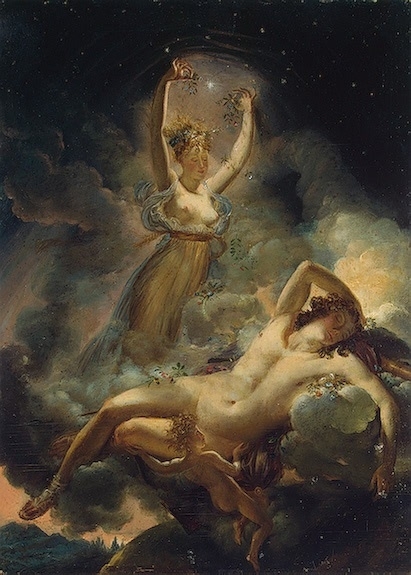 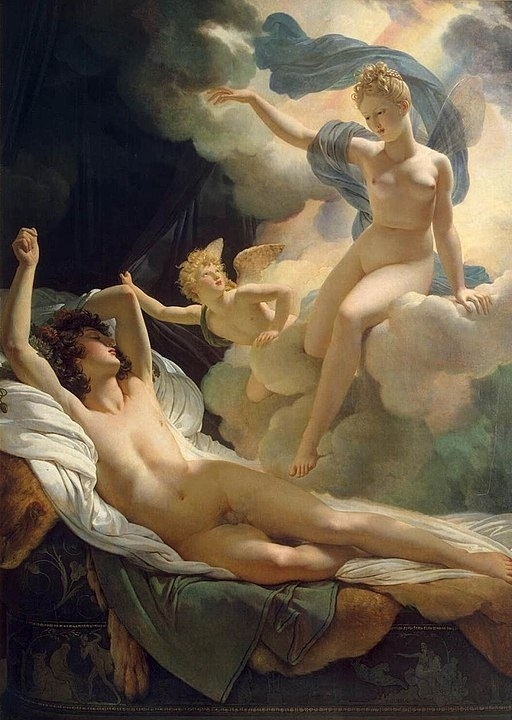 Like Aurora and Cephalus, this painting was commissioned to Guérin by Russian Prince Nikolay Yusupov for his Arkhangelskoye Palace as a match for the previous image, that's why they're symmetrical. Both pictures were created in 1811. While the image we've examined earlier has a mythological ground, Morpheus And Iris isn't based on a Greek narrative and owns its content solely to the fantasy of Guérin. Iris is a goddess of the rainbow and a messenger of Olympic gods. Morpheus, as known, is a god who "shapes the dreams." Curiously, this deity is often depicted sleeping, which raises the question of who shapes his dreams when he dreams himself. The visual correspondence of this picture to Aurora and Cephal allows us to suppose that Iris came to Morpheus not merely as a message carrier. The cupid that raises a curtain is a detail pointing at the amorous nature of the scene as it accompanies any love affair depicted by European artists. 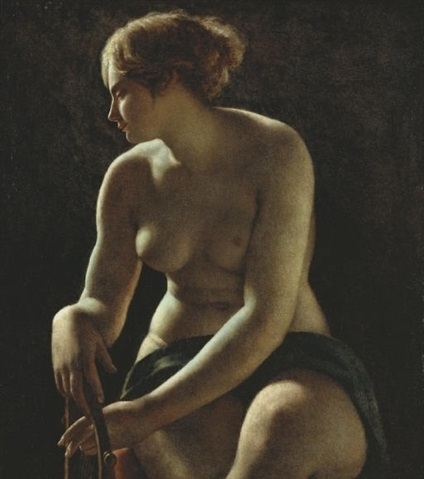 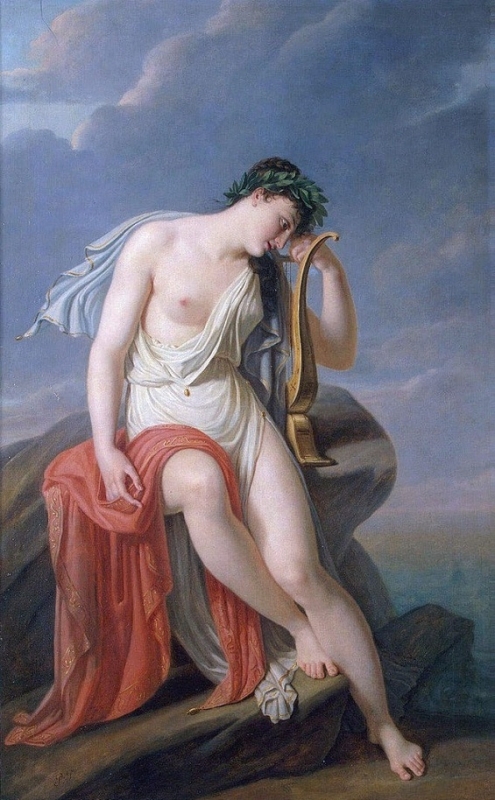 There are two depictions of ancient poetess Sappho by Guérin. The first, realistic, shows us a nude model with a lyre. The second, a classic one, is a portrait of Sappho sitting on a cliff. Already in ancient times, she was regarded as a great lyric poet. There are several sculptures and ceramic images of Sappho indicating that she was quite popular in Greece and Rome. Unlike Homer, Sappho did exist. She lived from ca. 630 to ca. 570 BC. Though we know nothing about her parents, from her poems, we can learn that she had three brothers. The figure of Sappho became a symbol of lesbian love due to her texts on the subject, however, according to the legend, her death was caused by unrequited love for the ferryman Phaon. She leaped from the Leucadian cliffs, and many artists from Guérin to Moreau depicted her mourning on the rocks.

Here's one of her poems:

child of Zeus, weaver of wiles, this I pray:

with pains and sorrows.

But come here, if ever before,

when you heard my far-off cry,

you listened. And you came,

yoking your chariot of gold.

Then beautiful swift sparrows led you over the black earth

from the sky through the middle air,

whirling their wings into a blur.

Rapidly they came. And you, O Blessed Goddess,

a smile on your immortal face,

asked what had happened this time,

why did I call again,

and what did I especially desire

for myself in my frenzied heart:

"Who this time am I to persuade

to your love? Sappho, who is doing you wrong?

For even if she flees, soon she shall pursue.

And if she refuses gifts, soon she shall give them.

If she doesn't love you, soon she shall love

even if she's unwilling."

Come to me now once again and release me

All that my heart longs for,

fulfill. And be yourself my ally in love's battle. 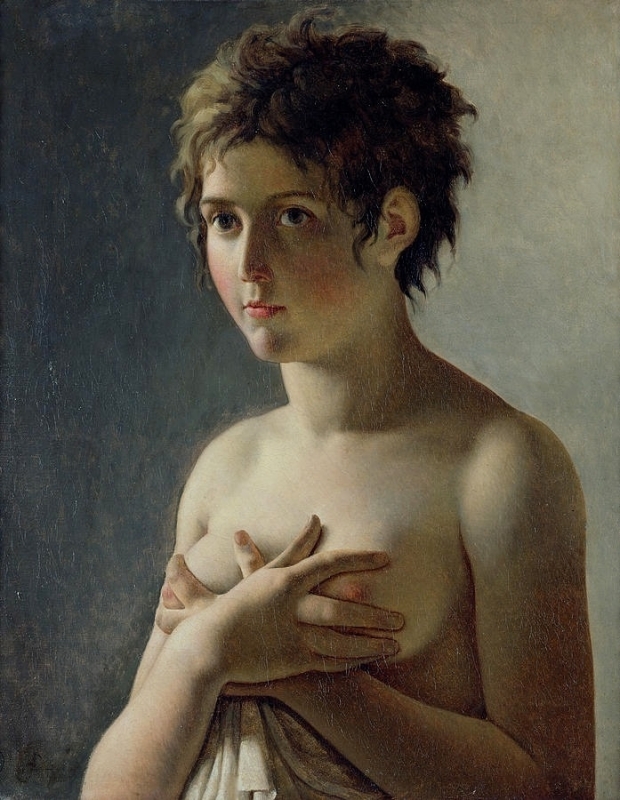 Fig. 9. The Bust of a Young Girl (Wikipedia.org) 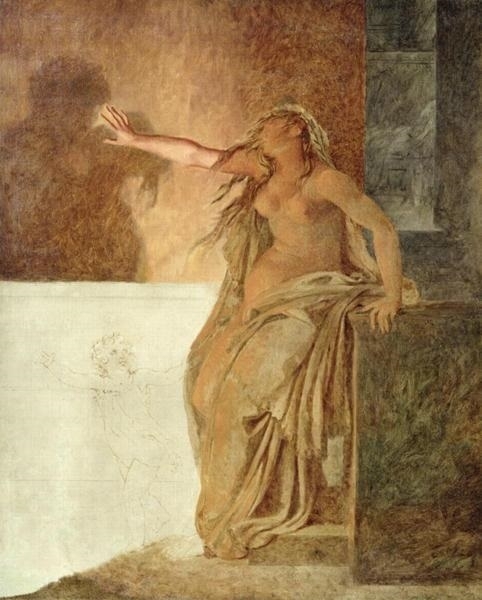 Click HERE for sensual astronomy and other allegories of the Spanish master Luis Ricardo Falero...!!

If you're a fan of sensual art and appreciate our content, you'll definitely enjoy Shunga Gallery Premium. For a sneak peek to what you can expect behind the curtain check out the following page now.

Between Rubens And Rossetti: The Art Of George Frederic Watts
11 mei 2022