Collective Invention: Erotism and Absurdity in the Art of Rene Magritte

With the possible exception of the radical, visionary iconoclast Salvador Dali, the Belgian painter René Magritte (1898-1967) is one of the most recognizable and accessible of the Surrealists. The Surrealists were a collective of artists, painters, sculptors, poets, playwrights and theorists in the early 20th century (circa 1920-1950) who boldly bucked the entrenched bourgeois conventions of the art world and paved the way for modernism with absurdity, collage and accident. 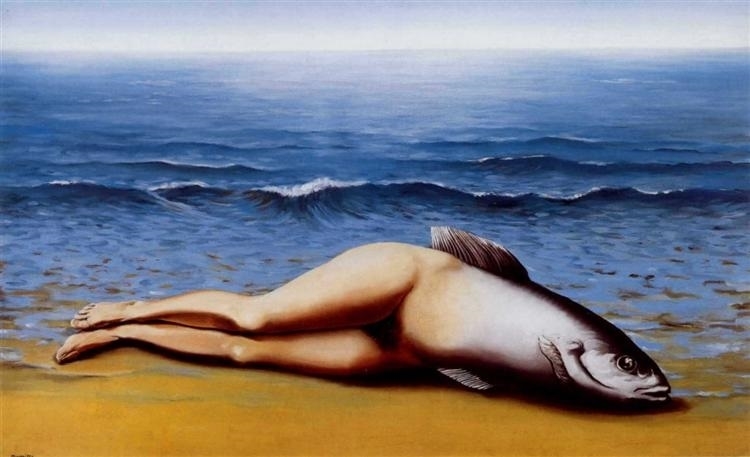 Considered a progenitor of Pop Art with his bold minimalism and clever juxtapositions, Magritte’s influence can be seen the music and record industries (Fig.2), Hollywood and Independent films, comic books and, of course, advertising. 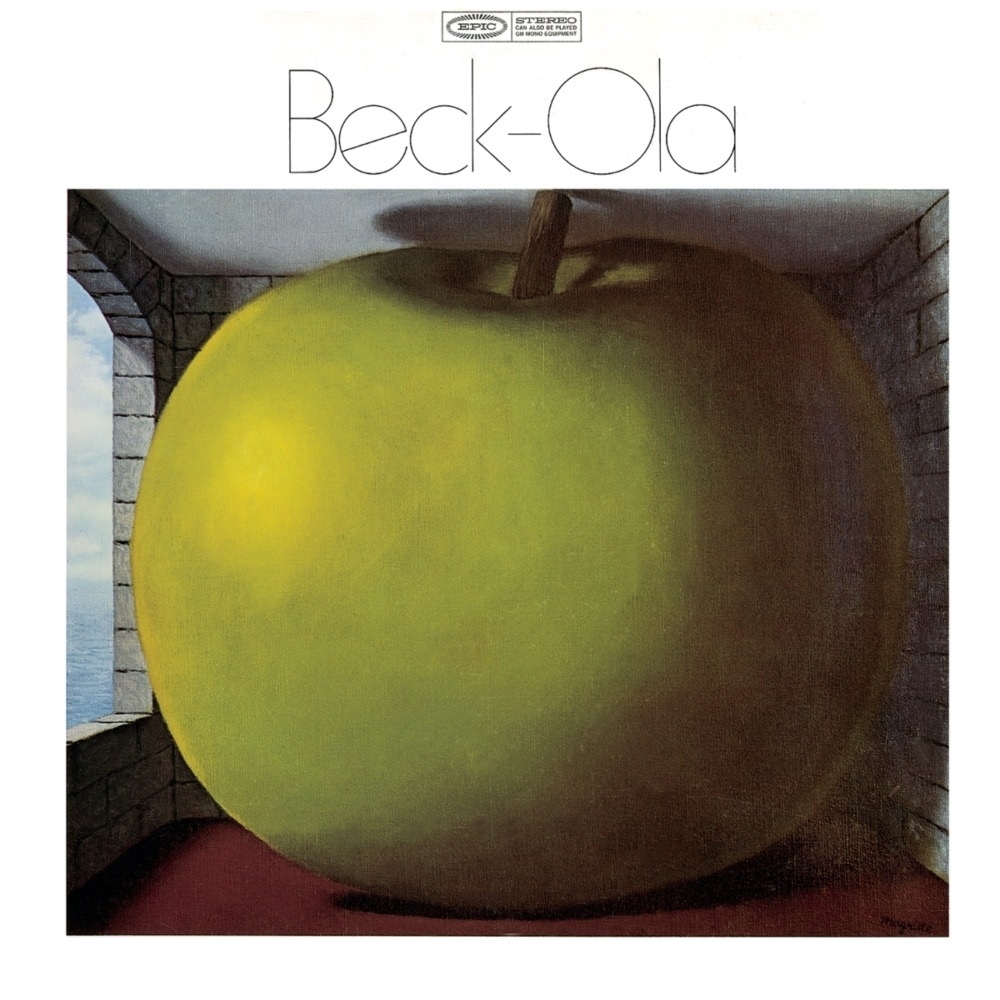 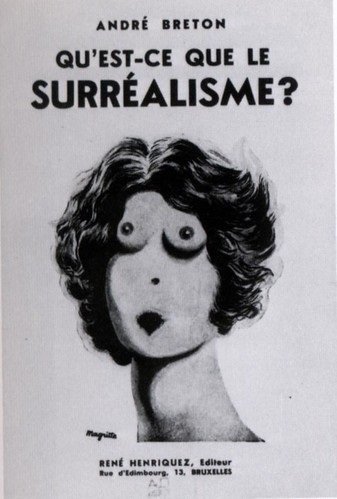 Fig.3. Rene Magritte, Illustration for the Cover of a Manifesto by Andre Breton 1934 (studyblue.com)

In contrast to the otherworldly visions of Dali (Fig.4), in which everyday objects melt and decay, whirling madly in a space that itself has become hardened, fragmented,  Magritte’s forms are typically non-threatening, banal; an apple, a stone, a pipe. The power of Magritte’s iconography arises from the nonchalance with which he places ordinary objects together in random and tenuous relationship. These are not dream worlds. These are not the fantastic visions of saints, or the feverish fantasies of young virgins awaking to their burgeoning sexuality. This is the material world of objects, products and commodities that have been overlaid with layers of meaning, value, significance; layers that hang like a veil between the subject and the object. 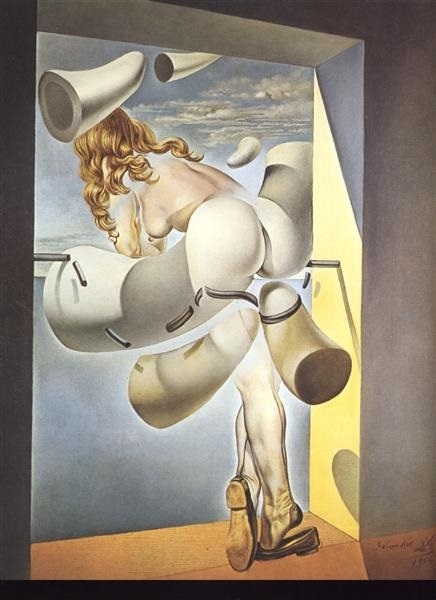 Fig.4. Salvador Dali, Young Woman Auto-Sodomized by the Horns of Her Own Chastity, 1954 (Wikiart.com) 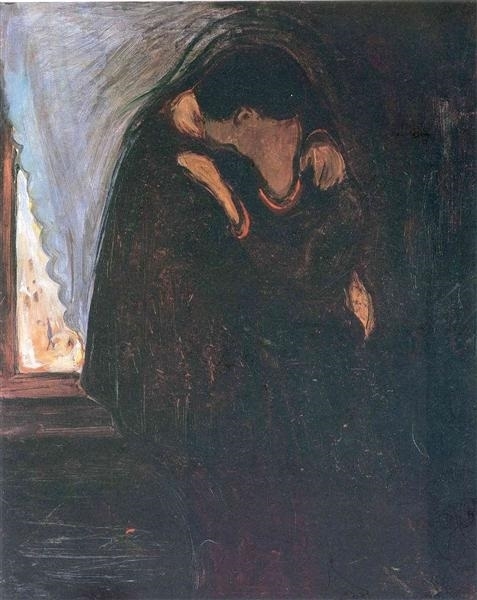 This separation is dramatically illustrated in “The Lovers” (1928), a representation of a man and a woman locked in a passionate embrace. Reminiscent of the lovers’ embrace of Edvard Munch’s “the Kiss”(Fig.5), in which the faces of the lovers literally flow into one another in anonymous union, Magritte’s lovers are shrouded (Fig.6), hooded, their heads wrapped in heavy cloth gathered around the neck like the subjects of an execution. They are each faceless, unknowable to one another, their passion defying death’s final embrace. 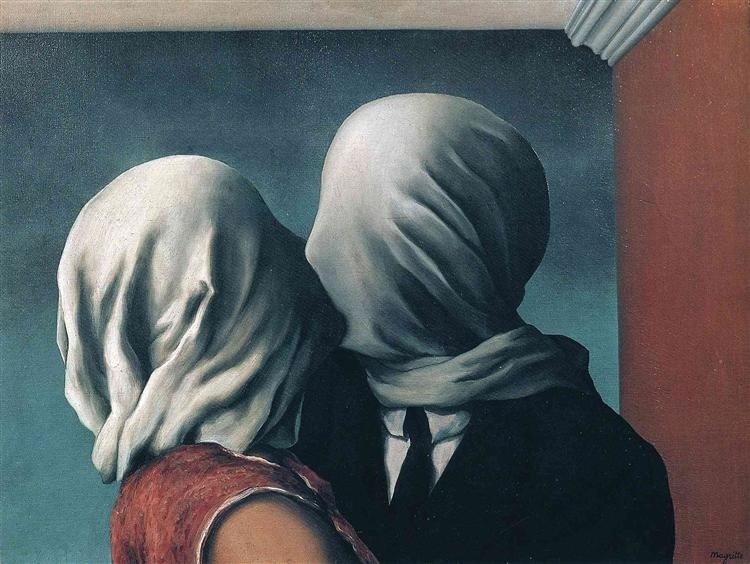 It is possible to view much of Magritte’s entire body of work as wrestling with the impossibility of knowing the Other, of overcoming the insurmountable separation of Subject and Object especially in an increasingly commodified world. Working as a commercial artist in the early part of his career (designing wallpaper patterns and painting advertising posters for the early avant-garde Belgian fashion house Maison Norine) Magritte was no stranger to, the reduction of the female form to the role of decoration, or to the subtleties of commodity fetishism. 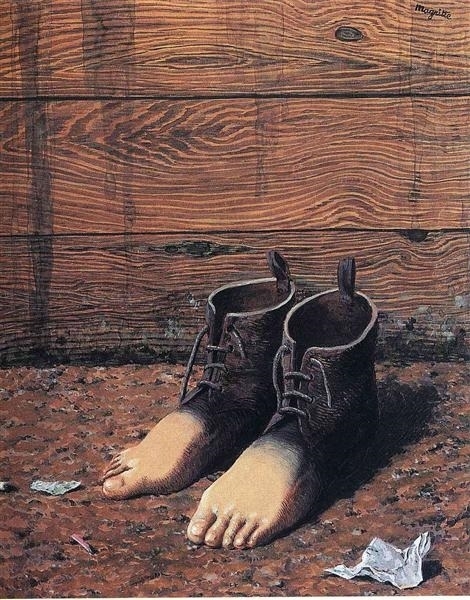 In Magritte’s world the masculine appears infinitely reproducible, generic…a cutout. In contrast the feminine is often represented nude, but illusory, intangible, Is she appearing or disappearing (Fig.10)? Is she wood becoming flesh, or flesh becoming wood (Fig.11)? Or oscillating between the poles of subject and object? She is a fragmented, divided icon readily apportioned, arranged and distributed. 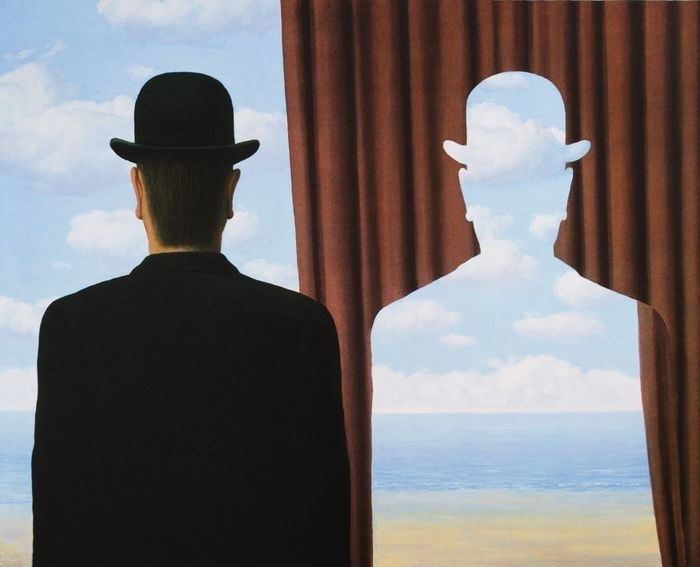 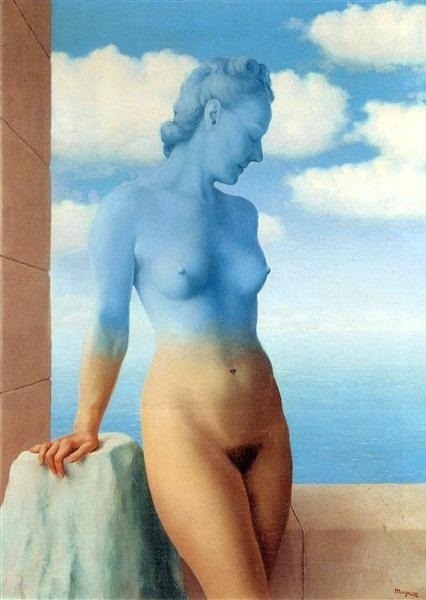 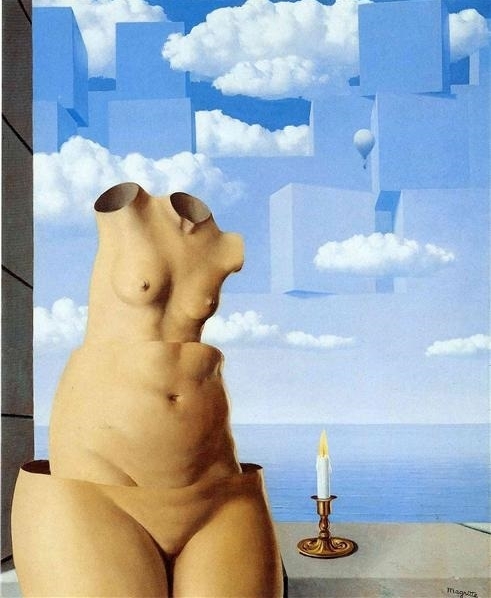 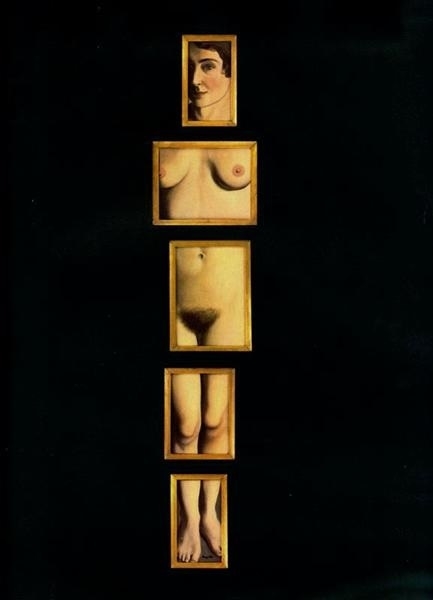 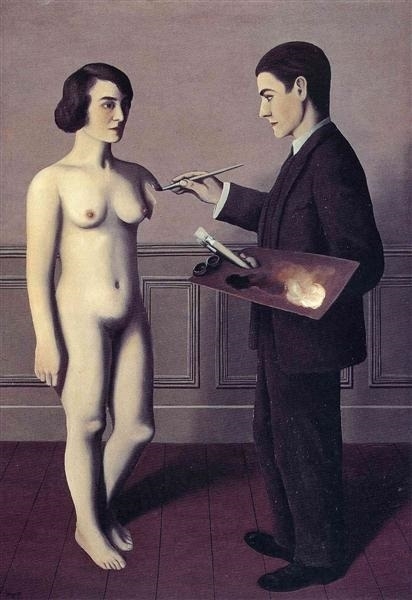 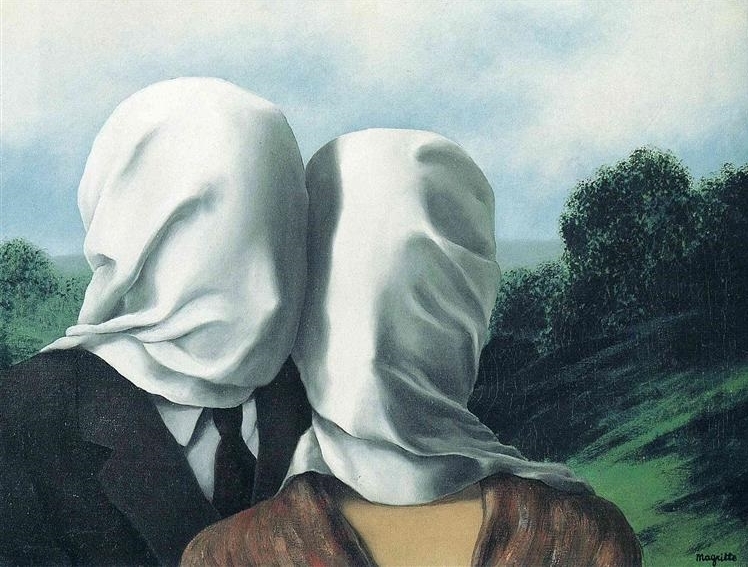 The half-formed figures in “Intermission” (1928) find a balance, a wholeness in an intimate embrace, limbs entwined.

The figure portrayed in “Rape” (1935 – Fig.16) transposes the sexual anatomy of a woman upon her facial features. The effect is shocking, startling, simultaneously repulsive and compelling, the subject rendered unidentifiable by the overlay of her sexualization. 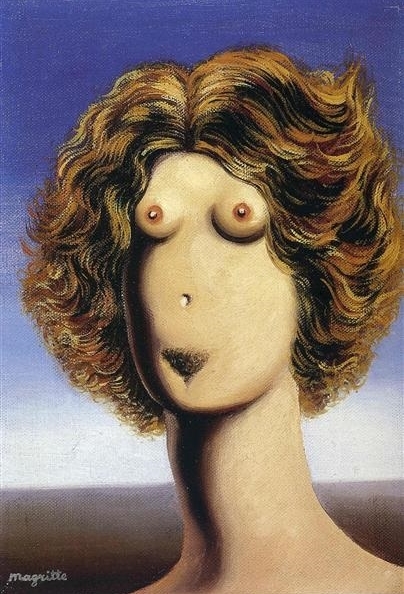 The implications of the title, that the gaze of the viewer is in itself sexually violent and violative, seems especially profound for 1935. The internalization of that very sexual aggression, and women’s participation in their own oppression, illustrated in “the Titanic Days” (1928 – Fig.17) feels equally poignant. 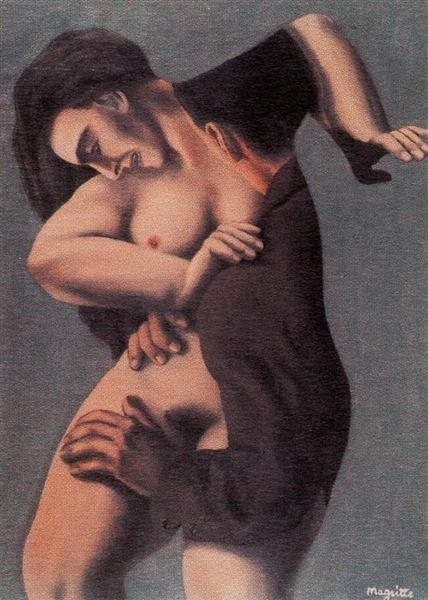 Philosophy in the Bedroom

In “Philosophy in the Bedroom” (1947 and revisited in 1962 – Fig.18 and 19) the visual ‘mark’ or ‘sign’ of woman’s gender hangs alone in a closet, a costume or uniform, still charged with the imprint of woman’s desirability, her currency, her commodity. Perhaps it has been forgotten, discarded, left behind. Perhaps it waits for her return, to be put back on, to be assumed like ritual attire, or the guise of a role. 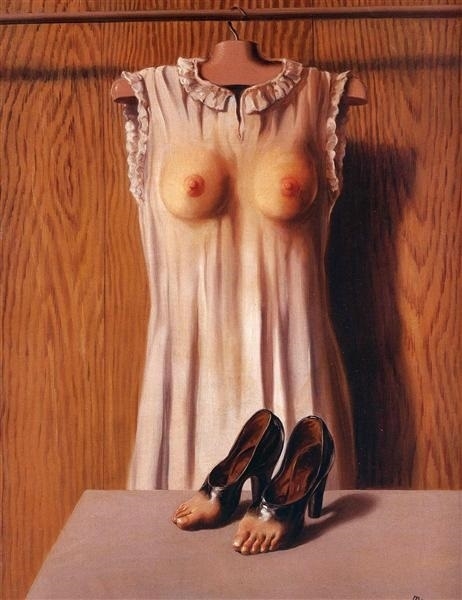 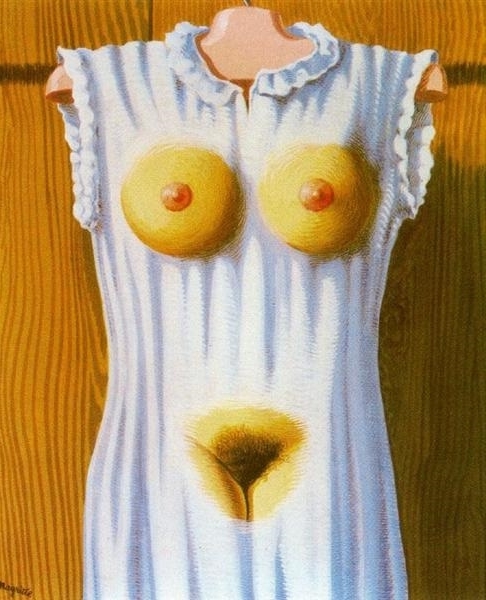 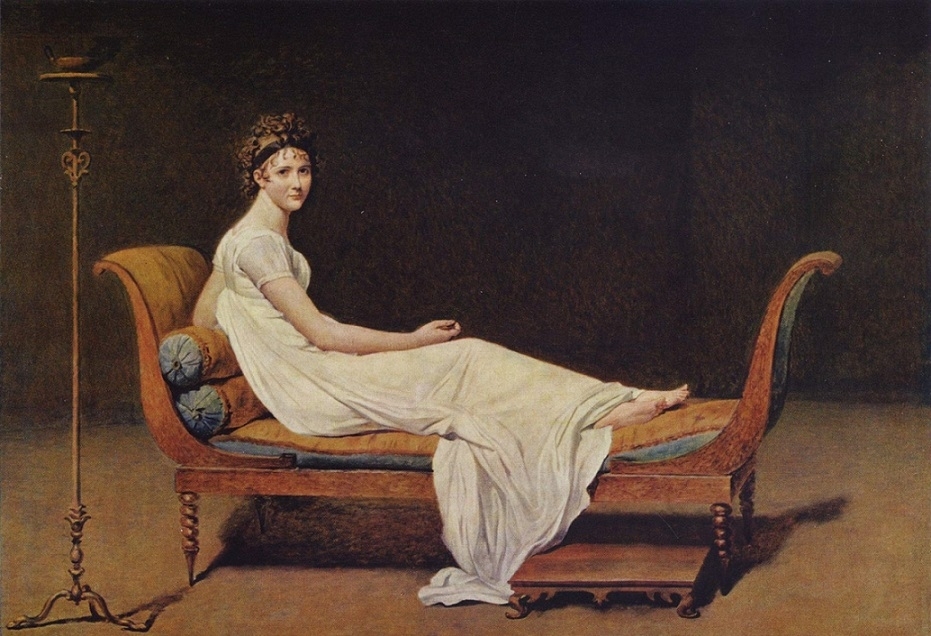 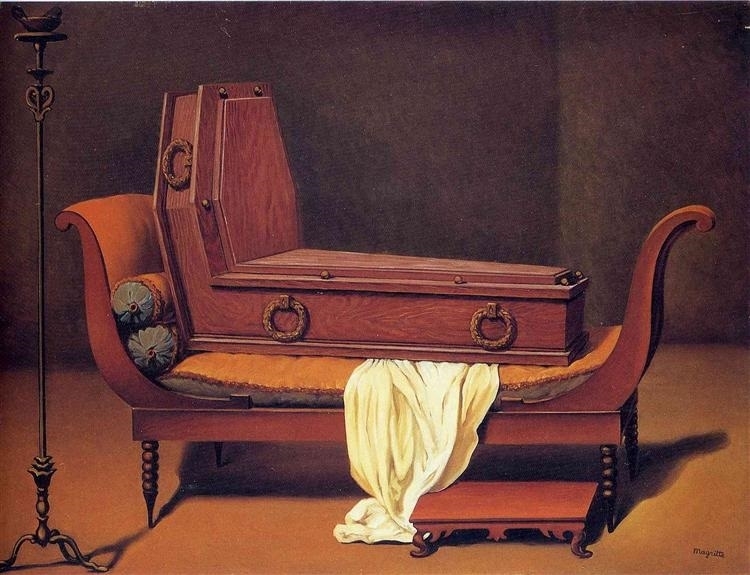 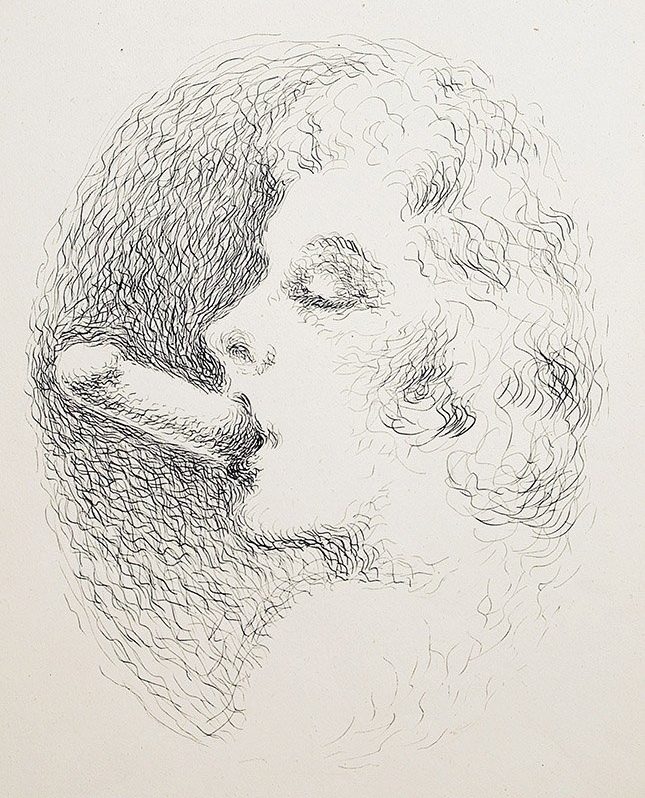 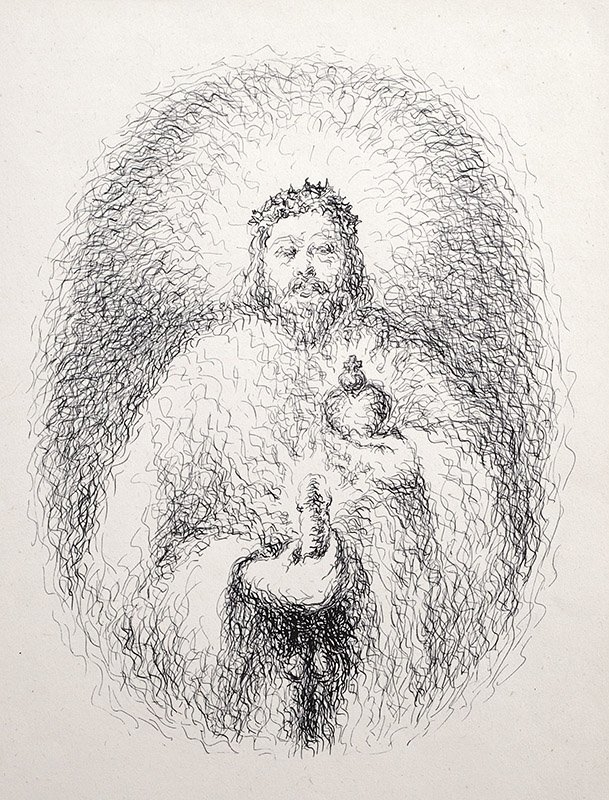 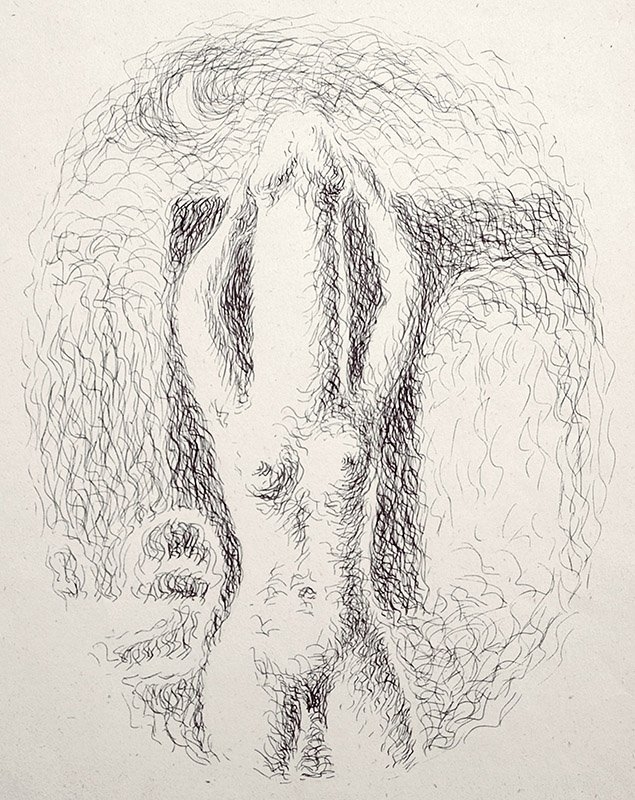 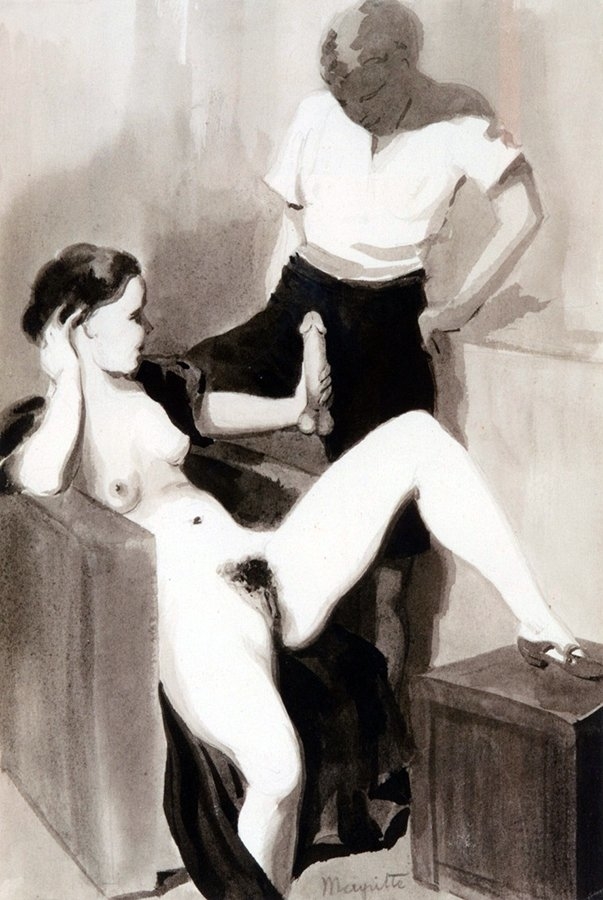 Click HERE for an article on the erotically charged surrealism of Michael Hutter….!!

For a reaction on this article or suggestions for future articles leave your reaction in the comment box below….!!

Interesting article. I have seen Magritte paintings before, but never these ones! Particularly enjoyed seeing the evolution of his style over time.

Thanks a lot Marilyn. I'm so pleased you enjoyed the article.

Thanks Marilyn! My brother just told me he had a 3d version of Magritte's "Son of Man" hanging on his wall for close to 20 years but never really new who the artist was or his place in history. Funny how images can enter our collective conscious without history or context.

Thank you for illuminating me!

Thank you for reading, Carrie. Please keep an eye out for new articles.